Folklore Tales from the North of England Every Visitor Should Know 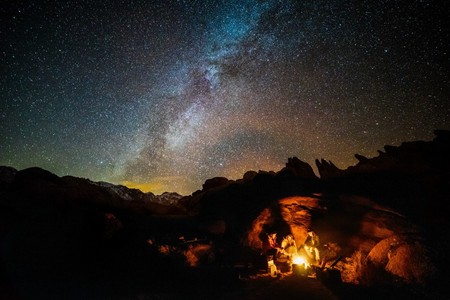 All around the world there are mysterious tales of local folklore that are still passed down through word of mouth, although it’s nowhere near as common nowadays to sit around the fire telling spooky stories as it once was. Due to the country’s rich history and its many invaders such as the Celts, the Vikings and the Normans, England is rife with interesting folklore tales, although the telling of them is sadly on the decline. Here are eight mysterious stories from across the north of England that are easy to believe when you’re visiting wind-swept moors and isolated villages.

One of the most menacing mythical creatures from the north of England, the Gytrash was said to be a gigantic ghostly dog (sometimes called a Shagfoal when it appeared in the form of a horse or mule) that lead travellers astray. Often rumoured to have eyes that glowed like burning coals, there were occasional tales of the Gytrash that told of the beast leading lost travellers back to safety, but stories were usually malevolent and people feared the beast. There is a famous mention of the Gytrash in Jane Eyre which has helped to ensure that this spooky story is not forgotten. 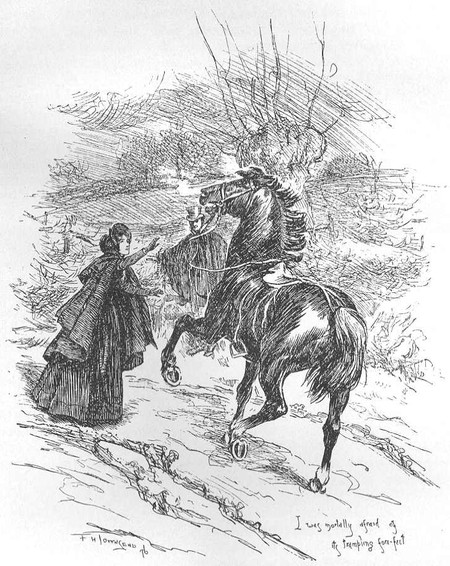 A popular myth in the North York Moors, Hobgoblins could either be helpful or mischievous, but were never a cause for concern. Each dale was said to have its own Hobgoblin who helped with household chores and farm work in return for a jug of fresh cream. Also known as Hobs in some areas, these creatures had the appearance of small hairy men. The tales of Hobgoblins are quite similar to the House Elves in Harry Potter, and it’s possible that J.K Rowling drew inspiration from these folklore tales of helpful creatures that would happily help with daily tasks but took offence at being offered clothes.

All across northern England there are tales of Boggarts (sometimes called Boggles). A sort of malevolent version of Hobgoblins, Boggarts were nasty little creatures that usually resided in a family’s home but sometimes lived in marshes. Once one had become attached to a family, it was impossible to escape as they would follow them if they attempted to move away. Boggarts caused milk to sour, dogs to go lame and things to disappear around the house, but if they were given a name things would get much worse as they would become uncontrollably violent. 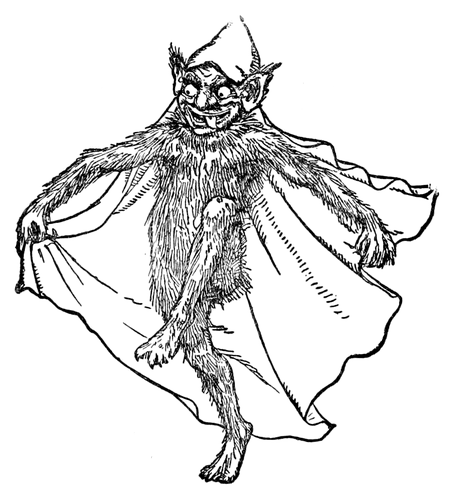 The second-largest lake in North Yorkshire is home to one of the most beloved myths in the area. A local tale tells that a large town was once located in the place where the lake is now found. A beggar arrived at the town and asked at each house for food and shelter but every single household turned him away, apart from one. When the man left the town, he revealed himself to be an angel and cursed the town as punishment for their unkindness, causing water to rise up from the ground and flood every house apart from the home of the couple who had helped him. A strange twist to the story was revealed in the 1930s when the remains of a settlement were discovered beneath the lake, suggesting that there could be some truth to the legend.

The small village of Harpham in Yorkshire is home to a local folklore tale focused around a well in the field to the west of St. John’s Church. William the Conqueror promised his army that the first man to reach the village would be named baron of the area. A drummer boy was the first to arrive and would have claimed the title, but the man who arrived second murdered the child and threw his body down the well to take the title for himself. This man was from the St. Quintin family, and local legend has it that a spooky drumming sound is heard from the well before the death of a member of the family. 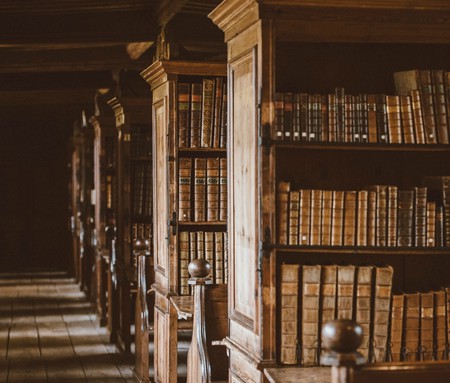 There are many tales of terrifying creatures that roam the moors and marshes of northern England, many of which offer similar stories with different names dependent on the regions where they are told. Similar to the tales of the Gytrash, there are many folklore stories about the Gyests (also called Ghests and Bargyests) of Northumbria; beasts that took the form of men, horses, huge dogs or even stacks of hay. These evil creatures would lead travellers away from safety, usually tricking them into walking off the edge or a cliff or into a marsh.

There are tales of Devil’s Bridges all around the world, but the folklore around the bridge over the River Lune in Kirkby Lonsdale is particularly interesting. The story goes that an old woman lived on the banks of the river and her cow somehow strayed across the river and would not return. The devil appeared before the woman and offered to build a bridge across the river in exchange for the soul of the first person who crossed over it. He built the bridge by hand, leaving one of his handprints in the wet stone (this print can apparently be observed today by visitors to the bridge). The next day, the woman tricked the devil by throwing a bun over the bridge for her dog to run after, therefore giving the devil the soul of the dog rather than her own soul, as he had hoped for. 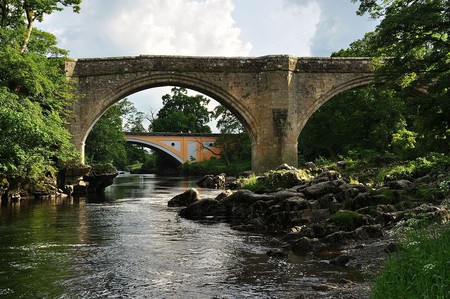 A particularly nasty folklore tale that originates in Northumbria and the Borders is that of the Redcaps. These short, goblin-like creatures looked like old men with talons for fingers and always wore a red cap. If travellers stumbled across the lair of a Redcap, he would throw boulders at them and attempt to kill them. If he succeeded, he would soak his cap in the blood of his victims to ensure that it retained its iconic crimson hue.