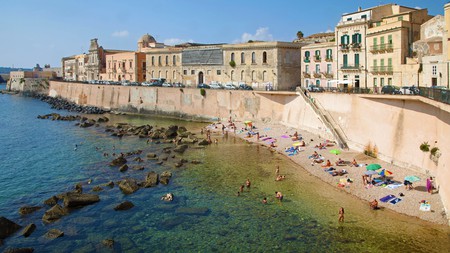 Visitors from the UK are able to fly to Sicily, but you must register online before you travel | © Peregrine / Alamy Stock Photo

Visitors arriving in England from more than 50 countries will no longer need to quarantine from July 10, the British government has announced.

The move gives millions of British travellers the green light to take summer holidays overseas without having to self-isolate for 14 days on their return.

The announcement means people arriving from selected “low-risk” countries will be able to enter without the need to self-quarantine, unless they have been in or travelled through non-exempt countries in the past 14 days.

The full “green list” of countries and territories open to UK travellers can visit – published on 3 July by the Foreign and Commonwealth Office – were “assessed as no longer presenting an unacceptably high risk to British people travelling abroad”.

The list of “travel corridor” quarantine exemption countries includes popular summer destinations such as France, Italy, Spain and Greece. However Portugal and the United States are not on the list.

The new quarantine rules only apply to travel to and from England, a sign of friction between Prime Minister Boris Johnson’s central government and semi-autonomous administrations in the other nations of the UK. Scotland, Wales and Northern Ireland still have quarantine measures in place for overseas travellers.

For UK travellers keen to go abroad, these are the popular summer destinations that are open for business.

Spain reopened its borders to European tourists – including Britons – on June 21 without the need to quarantine on arrival.

UK travellers have to submit a “FCS health control form” 48 hours before arrival, and will be given a corresponding QR code. Upon arrival at a Spanish airport, the personalised code will be scanned electronically, allowing local authorities to trace holidaymakers during their stay.

The form must also be printed out or downloaded onto a mobile phone before arrival into Spain.

Once at the airport, travellers must show the QR code that will be scanned by health officials in order to access the terminal and collect your luggage.

Details on the form include the passenger’s name and address, passport number, information about your stay in Spain and email address. 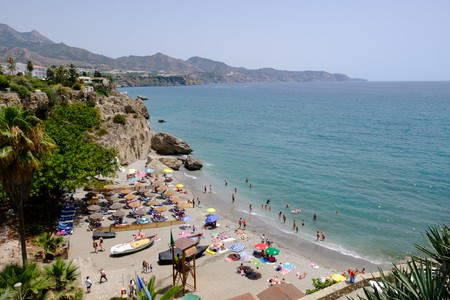 Nerja, near Malaga, is happy to welcome Brits back | | © The Studio Under The Wall / Alamy Stock Photo

France, the second-most popular country for UK visitors after Spain, has a voluntary 14-day quarantine for visitors arriving from the UK – although this measure is expected to be scrapped.

Those travelling by Eurotunnel must print and fill out a health declaration form before travel. Bars, restaurants and cafes are allowed to open indoor and outdoor areas, provided they follow new safety requirements. 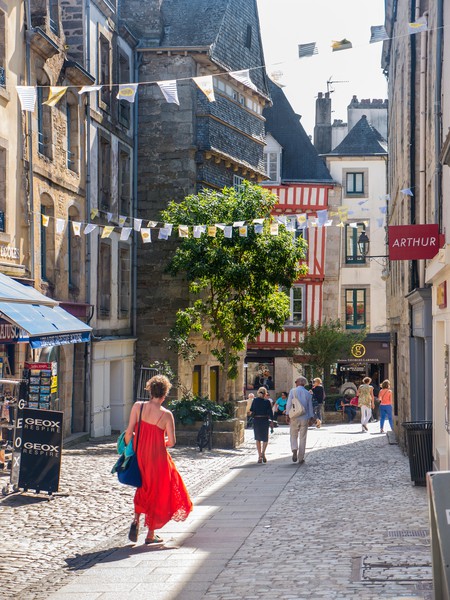 Italy no longer asks most visitors, including British nationals, to self-isolate or report the address of where they are staying to health authorities upon arrival.

The country’s tourist board has issued a comprehensive list of guidelines for visitors planning to travel this summer.

However, visitors to four regions – Sardinia, Sicily, Apulia and Calabria – must register online before travelling.

Everyone is required to keep a minimum distance of 1m (3.3ft) from anyone else at all times when out of the house. Wearing a face mask remains mandatory in closed spaces, such as restaurants (except when sitting down), shops, or on public transport. In some regions, including Lombardy, it is mandatory to wear a face mask whenever you’re outside, TheLocal.It reports.

Bars, cafes and restaurants reopened on May 18, but are hosting reduced numbers of customers. Parks and beaches have reopened, along with swimming pools.

Most museums, galleries and archaeological sites are open, but entry must be booked first online, BBC News reports. 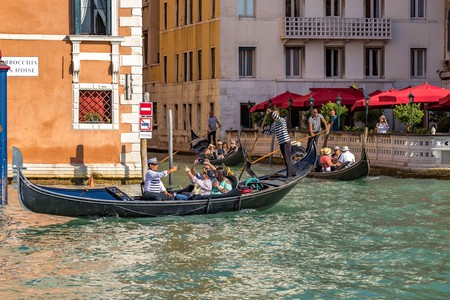 British tourists are welcomed back to Venice, Italy | | © Steve Tulley / Alamy Stock Photo
Give us feedback