The 10 Must-Try Restaurants and Pubs In Norwich, England 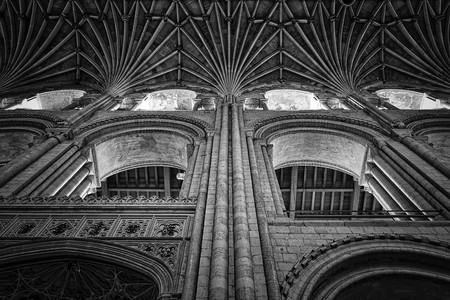 Once upon a time Norwich was the second largest city in medieval Britain, with a prospering wool-weaving industry. Nowadays, although the city is less prominent, people do seem to underestimate Norwich’s standing as a cultural city. You may be pleasantly surprised at the number of award -winning fine dining restaurants that are housed in the city. Here are our top ten places in Norwich’s thriving culinary scene. 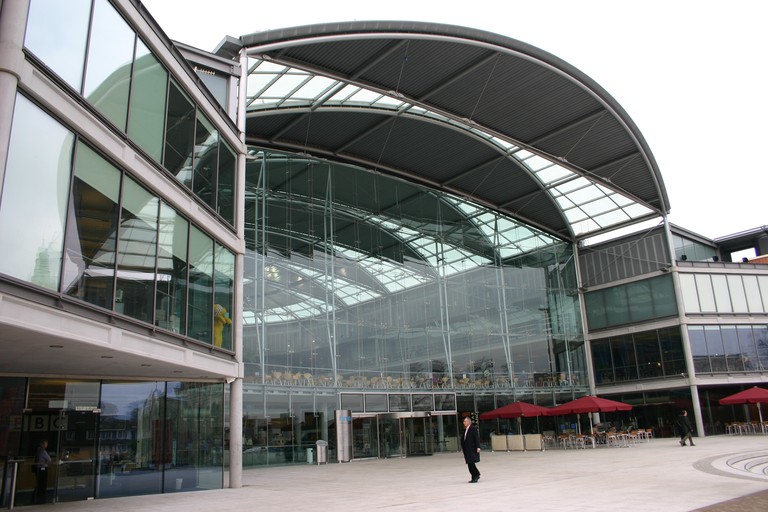 Library Restaurant & Grill, Norwich | Norwich Millennium Library
This Grade II listed building is an architectural triumph. The Library is an important historic monument, for it was the first public library in the UK. Now, it is a grandiose high ceiling brasserie and grill restaurant, adorned with original bookcases. Most of the food is cooked on a specially imported wood fired grill. Customers hunting for a good deal will be enticed by the ‘Classic Burger Hour’ during Monday to Friday. The restaurant also hosts literary events.
Open In Google Maps
4A Guildhall Hill, Norwich, England, NR2 1JH, United Kingdom
+441603616606
Give us feedback

Roger Hickman’s, lavished with praise and critical acclaim, is the only restaurant in Norwich to possess the much coveted three AA rosettes. This accolade is particularly astounding as the restaurant only opened in 2010. Roger Hickman has clearly learned a lot from his time working as head chef for the Michelin-starred Adlard’s, which used to occupy Upper Giles before 2010. The restaurant conjures up modern British cuisine, highlights including roast skate wing with charred leek and the vegetarian roasted globe artichoke with wild mushrooms, Israeli couscous and truffle puree. Roger Hickman’s undoubtedly delivers on a superb fine dining experience in Norwich.

Restaurant, Seafood
Facebook
Email
Twitter
Pinterest
Copy link
Share
Map View
Housed in a 17th century house, Brummells provides an enchanting and romantic location for one to enjoy its gourmet seafood dishes. The restaurant prides itself on making use of the best, locally sourced ingredients. The restaurant also does meats from the grill, such as the impressive local Breckland Wild Deer venison steaks. This is all supplemented with an award-winning wine menu and a consistently friendly atmosphere. So Brummells is definitely a culinary delight to be discovered in the historic Norwich city centre.
Open In Google Maps
7 Magdalen Street, Norwich, England, NR3 1LE, United Kingdom
+441603625555
Visit Website
Give us feedback

This beautiful Georgian Grade I listed mansion is an important cultural institution in Norwich. Indeed Assembly House is part of the ‘Norwich 12’ initiative, which aims to promote and protect the iconic heritage attractions in the city. Yet, if you fear that this place may cause considerable damage to your wallet, fear not, this is an affordable fine dining experience in an architecturally significant building. 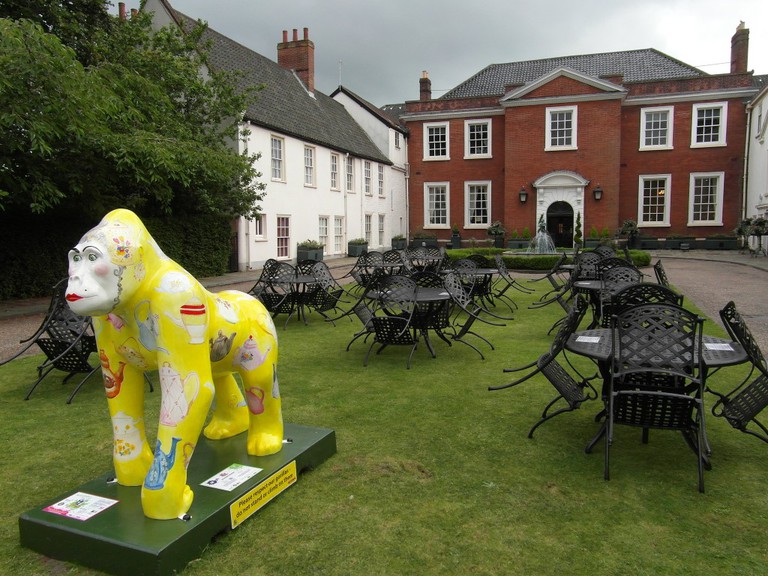 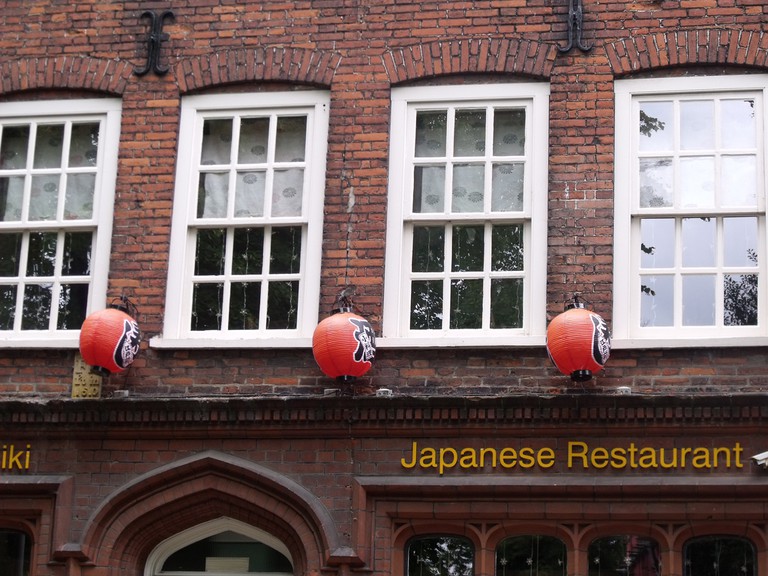 Shiki, Norwich | Shiki Japanese Restaurant norwich
Nearby the cathedral and Norwich University of Arts, Shiki is a very popular restaurant in the city. Complimented for its stylish and contemporary décor, the restaurant excels in serving a wide variety of Japanese food from Sushi to Teppan-Yaki. If you’re in a rush you can always get a takeaway. Otherwise, if you desire to drink in the scenic surroundings of Norwich then you can take advantage of outdoor seating.
Open In Google Maps
6 Tombland, Norwich, England, NR3 1HE, United Kingdom
+441603619262
Visit Website
Give us feedback

Bar, Restaurant, British, European
Facebook
Email
Twitter
Pinterest
Copy link
Share
Map View
A contemporary restaurant based in a charming 19th century converted townhouse nearby Norwich Cathedral, Tatlers has been a mainstay in Norwich’s culinary scene. Its varied and ambitious à la carte menus are always an enticing proposition. For example, you can order a Nordic inspired beetroot cured gravlax for starters, and then enjoy Dingley Dell belly pork and braised cheek for main course. Furthermore, the restaurant makes an effort to ensure that the wine they serve is produced sustainably and organically. So Tatlers is an extremely welcoming environment, cooking fresh and inventive food that is reasonably priced.
Open In Google Maps
21 Tombland, Norwich, England, NR3 1RF, United Kingdom
+441603858070
Visit Facebook page
Give us feedback

Restaurant, British, Vegetarian, Beer
Facebook
Email
Twitter
Pinterest
Copy link
Share
Map View
Dining Rooms at Cinema City is a delightful treat in the historic heart of the city. Here you will find the oldest independent art house in the country, housed in the medieval Suckling House. Although it has been renovated many times over the years, there are still some medieval bricks within the structure of the house. Moreover, the exterior of the house at the front is architecturally Georgian in style since its renovation in the 18th century. So it is fair to say the Dining Rooms is an atmospheric location for a spot of fine dining. The restaurant is great value with its menu exploring local cuisine, such as for example Half Sheringham Dressed Lobster and Trio of Blythburgh Pork.
Open In Google Maps
City Centre Saint Andrews Street, Norwich, England, NR2 4AD, United Kingdom
+441603623435
Visit Website
Give us feedback 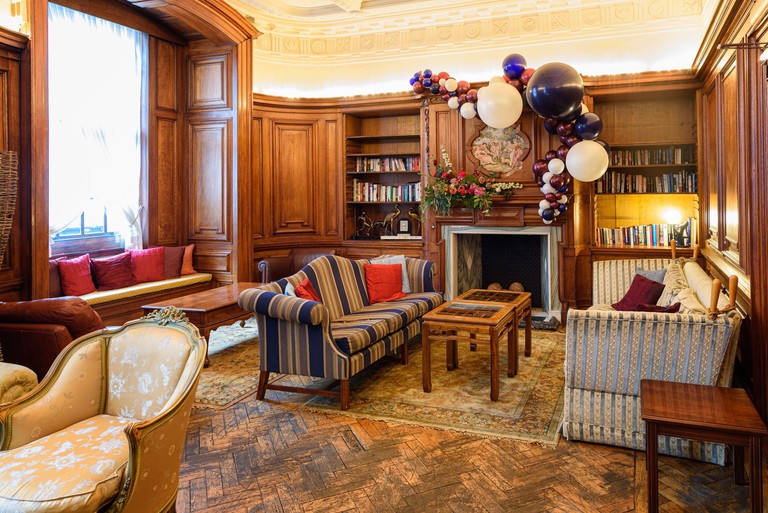 Bar, Restaurant, Wine Bar, Gastropub, European, British, Wine, $$$
Facebook
Email
Twitter
Pinterest
Copy link
Share
Map View
The name of the restaurant is actually a reference to the mechanical form ‘shoe last’. The relevance of this is that the building was formerly a 19th century shoe factory. However, since its inauguration as a restaurant in 1990, it has became an incredibly popular place to go to in Norwich. Entering the restaurant’s courtyard entrance on St. George’s Street, you will encounter a busy but genial environment. It welcomes an eclectic mix of diners, for there are three distinctive dining rooms, each providing a different vibe. Despite its history, the menu is regularly updated and kept fresh. Modern British cuisine cooked by an international team of chefs is accompanied with an immense wine list consisting of over 100 wines.
Open In Google Maps
70-76 Saint Georges Street, Norwich, England, NR3 1AB, United Kingdom
+441603626626
Visit Website
Give us feedback

Restaurant, Chinese
Facebook
Email
Twitter
Pinterest
Copy link
Share
Map View
Within walking distance from Riverside Leisure Park and Carrow Road, this restaurant challenges you to eat as much authentic Chinese food as is humanly possible. A highlight of this restaurant is the Teppanyaki bar, preserved exclusively for evenings only, whereby you can watch the chef cooking on an iron griddle close-up. Throughout the day though, the menu is attracting customers with its wide-range of exciting dishes such as braised beef with mooli, mussels in black bean sauce and five spice king prawn. Riverbank Chinese Buffet supplements this with a generous wine list. It has firmly established as one of the best Chinese restaurants in the city.
Open In Google Maps
Unit 4a, Riverside Leisure Park Wherry Rd, Norwich, England, NR1 1WX, United Kingdom
+441603612323
Visit Website
Give us feedback
Give us feedback