An Introduction To The Smiths In 10 Songs 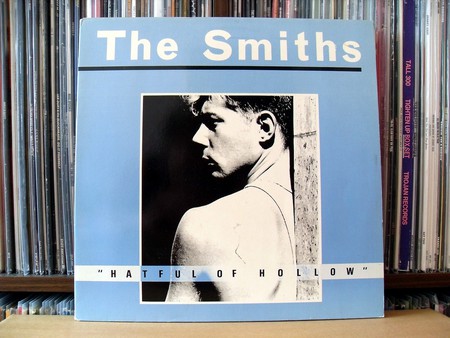 The Smiths have an interesting reputation in the music world. Even though they were only active for a cruelly short-lived five years, there’s a reason why their name carries on throughout the generations. Born out of one of the most culturally volatile eras of the United Kingdom in the early 1980s, The Smiths came to occupy a curiously unique place in this impressive wave of British music.

At times possessing the political vitriol of The Specials or The Clash, the dark pop charm of Depeche Mode or New Order, or even the smarmy indie wit of The Cure, The Smiths were far too chameleonic to ever fall into any of the same categories as their contemporaries. This isn’t to say, however, that they simply imitated the better qualities of their peers; rather, they similarly utilized the various musical and lyrical aesthetics more heavily focused on by Britain’s best and brightest, and streamlined them into an agile, vital, and undeniably infectious amalgam of musical ingenuity.

While they have been somewhat lamely reintroduced into the “indie” conversation with the inclusion of “Asleep” in The Perks of Being a Wallflower or the explosive uprising of Urban Outfitters, The Smiths’ work runs far deeper than being ideal for the sad teenager. Here are 10 songs to help map out arguably one of the most extraordinary rock bands in modern music.

One of the better cuts from their debut self-titled album, this track excellently captures the eerie and brooding side of The Smiths. The rhythm section gives the track a danceable pulse, the walking bass line lends the song the kind of bounce found on early Elvis Costello cuts, while the hidden gem of Johnny Marr lilts atop with a glittering and glammy chord progression that conjures the impeccable riffage of David Bowie’s Ziggy Stardust days. This track, among others on this debut effort, cleverly hints at some of the musical ideas that would come to be fully realized in the 1990s by bands like The Smashing Pumpkins and the Cranberries.
Further listening: Pretty Girls Make Graves / What Difference Does It Make?

Taken from the compilation release Hatful of Hollow, “Heaven Knows” was one of the first and evidently greatest exhibitions of the band’s uncanny ability to make the catchiest and most vibrant song simultaneously morbid and sad. The important thing to note is that while it may be sad, The Smiths tastefully eschew the heavy-handedness of any emo tag that usually goes hand in hand with any lyrical darkness. Morrissey’s harsh assessment of self and others in the lines “Why do I waste valuable time / on people who don’t care if I live or die?” soars over Marr’s wonderfully delicate and uptempo riff, and ties all of the polar elements of catchiness, personal turmoil and political disdain into a perfect bow of intelligent pop.

This one’s a deep cut from the vicious 1985 album Meat Is Murder, but it eloquently encapsulates the quaint yet biting political spirit of the band that has often been lost in the undertow of their catchiness and emotional resonance. Their searing attack on abuse comes out in this long and powerful song with only a handful of lyrics. Namely, “A crack on the head is what you get for asking.” With even the smallest amount of words, The Smiths were able to send huge messages in clever underhanded ways. Furthermore, some of Marr’s more masterfully nimble playing comes out in this oft-overlooked cut, keeping this slow-burner startlingly engaging over its near-seven minutes

This song is arguably one of the best representations of The Smiths’ humor in morbidity. The lyrics are generally offensive (see: “Sweetness, I was only joking when I said, by rights you should be bludgeoned in your bed”), but there is a lightheartedness and humor that shines from it. Some may find the content egregious, yet in another way, it oddly honors a seemingly lost tradition in popular music to express humor musically or lyrically in a satirical or otherwise darkly comedic avenue. Just as Miles Davis or Sun Ra did with their free-form jazz that occasionally bordered on the ridiculous, The Smiths struck the same satirical gold with this delightfully harsh number.

Further listening: Girlfriend in a Coma / I Started Something I Couldn’t Finish

“Panic” is another political tune, but is more boisterous and flagrant than “Barbarism.” Almost like a call to arms, this song is where Morrissey and co. make one of their most grandiose stands against the vapidity of popular culture during the time of its writing/release. The chorus may ring out with “hang the DJ,” but the track’s anger comes across in such a way that the band’s political perceptions and well-documented disdain of then-Prime Minister Margaret Thatcher were just coming into full bloom.

Further listening: Sheila Take a Bow / William, It Was Really Nothing

The last few tracks have been more about the darker and intellectual sides of The Smiths, so it only feels natural to bring it back around to the main reason why The Smiths got so monumental in the first place — their bleeding heart romanticism! There are few better songs to represent that than this end-of-the-run gem. This one exudes such over-the-top, gushing emotion that you can’t help but feel a little hurt with the guy over that star-crossed lover that never quite worked out. As he elegantly wails “How can they see the love in our eyes, and still they don’t believe us?” over glittering splashes of ingenious guitar-and-bass interplay, it almost feels like listening in on Morrissey’s own retelling of Romeo and Juliet. But hey, we can all use that kind of sappiness once in awhile.

Further listening: Last Night I Dreamt Somebody Loved Me

Even if it’s their most popular song of all, it certainly deserves a nod. No other track of theirs captures the general malaise of insecurity and alienation in modern youth quite like this one. Paired with some of the most outstanding pop sensibility ever penned by the band, the urgency of the lyrics earnestly combs through the emotional whirlwind of heartbreak, anxieties about the future and just plain growing up. Meanwhile, the minimal string arrangement pulls the song back into the kind of insular atmosphere that only this band could create. With all of these elements put together, it’s no wonder this band is still influencing countless numbers of today’s artists to this day.

While The Smiths material overall deals in great hooks and keen mind for melody, this little number takes it to a whole other level. The band glides through the kind of catchy progressions you could find in a doo-wap group, and this one actually finds them at what could possibly be their most confident! Don’t worry, though — that classic Smiths bleakness is not at all lost. Whilst belting out life-affirming lines like these, the chorus turns around hilariously into utter hopelessness with “if it’s not love, then it’s the bomb that will bring us together.” Ah, yes.

Shoplifters of the World Unite (1987)

This song was certainly not the last one The Smiths ever wrote, but it certainly feels like it — “Shoplifters” captures all of the best parts of the band in quite possibly the most tasteful way possible. Larger than life guitar fills out the song not quite seen in them since their earliest output, while the rhythm section drops into a grooving mid-tempo that summarizes their most heartfelt rock and pop sides. Morrissey’s unmatched sense of corny emotionality (“Learn to love me, assemble the ways”), political vigor (“But last night the plans for a future war, was all I saw on channel Four”) and irony (“My only weakness is, well… nevermind.”) all sit atop the masterpiece like icing on the cake. In all its grand eloquence, the song ties the band up together so finely that it almost comes across as the sound of a band that knew the end was coming.

Finishing this list with a song with as dramatic as this one seems a little wrong for The Smiths; it feels like that’s only finishing half of the story. Sure, they captured their deeper emotional tendencies in songs like “Shoplifters” and “There Is a Light,” but “Stop Me” achieves the same masterful encapsulation on their humorous and self-aware end. The song carries the same charm as any of their others, but it’s in the lyrics where the creeping dread kicks in. Even with the song title aside, the band’s obvious ability to poke at everything including themselves becomes crystal clear; “Nothing’s changed, I still love you, oh, I still love you. Only slightly less, than I used to.” Considering the record this song came from Strangeways Here We Come, their posthumous release, the song becomes all the more hilarious and of course, dark. Nonetheless, if you can’t be honest about your art, what can you really be honest about?

Further listening: I Know It’s Over