A City of Culture: Culture Trip's Guide to Coventry 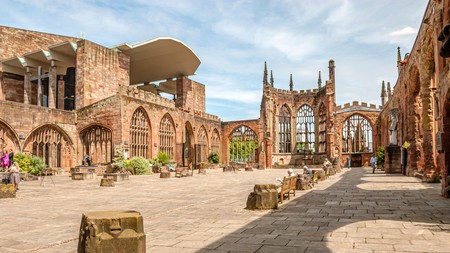 This small city has been firmly off the tourist radar for a long time, but an underrated gem is being rediscovered – thanks to the UK City of Culture initiative, which in 2021 pays tribute to Coventry: the best-kept secret in the Midlands.

Few people realise that Coventry is one of the most historic cities in England. It dates all the way back to the Romans, Saxons and Danes, and by the end of the Middle Ages the city had become one of the wealthiest and most important places in the country – thanks to a booming cloth trade. Centuries later, it was the engineering and manufacturing industries that earned the city worldwide recognition, as watches, bicycles, motorbikes, cars (and eventually planes) were made here. Its status meant that come the Second World War, the city was key to the war effort and, as a result, became a target.

The Coventry Blitz hit in November 1940 and the city was obliterated. Hundreds died, thousands were left homeless and the industrial sector was all but destroyed. But it’s the famous Coventry spirit that rebuilt the city – a new cathedral, and a new-and-thriving motor industry brought over a wave of Asian and Caribbean immigrants which, in turn, led to the birth of the most beloved Coventry export: two-tone music – a genre that fused Jamaican ska with punk and new wave, producing groups including the Specials and the Selecter.

It’s this fascinating, millenia-old story that makes Coventry an obvious choice for City of Culture. This is where the twin city was invented, where the phrase “peeping Tom” was born and Shakespeare, Dickens, Philip Larkin and George Elliot all have connections to the city; while it also stands out as an authentic example of Britain’s post-war evolution, with a diverse population and a rich arts scene. 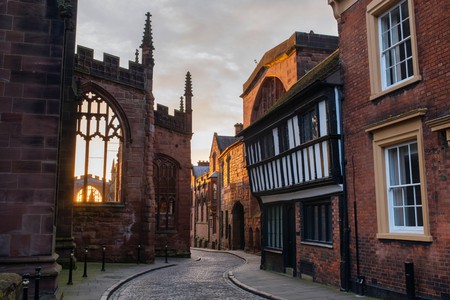 This is a lovely place to stroll around. You can walk pretty much anywhere in 20 minutes or less, and the city has been pedestrianised extremely well – expect regenerated town squares, street-food markets and shopping arcades. Every corner springs a surprise, blending pretty much every architectural style England has ever seen, with secretly inscribed cobbles, local work by street artists and subtle monuments to the city’s past and present. There are fragments of history sprinkled everywhere, you just have to look.

And now that the accolade of City of Culture has come into town there’s even more regeneration taking place. Speak to those involved and the word that will keep cropping up is “legacy”. Locals see this as the first major step in putting Cov back on the map – the next will be hosting the Commonwealth Games with big brother Birmingham in 2022. In the meantime there will be a brilliantly curated programme of events and exhibitions going on all over the city as it sees out its tenure as the Capital of Culture.

Had you visited this city half a century ago it would have looked like York or Chester and, were it not for the wartime bombing, Coventry might be one of the country’s most popular city breaks. But it’s the Coventry spirit shown in the aftermath that has come to define this delightful place and, now that it’s got your attention, Coventry is finally ready to be discovered. 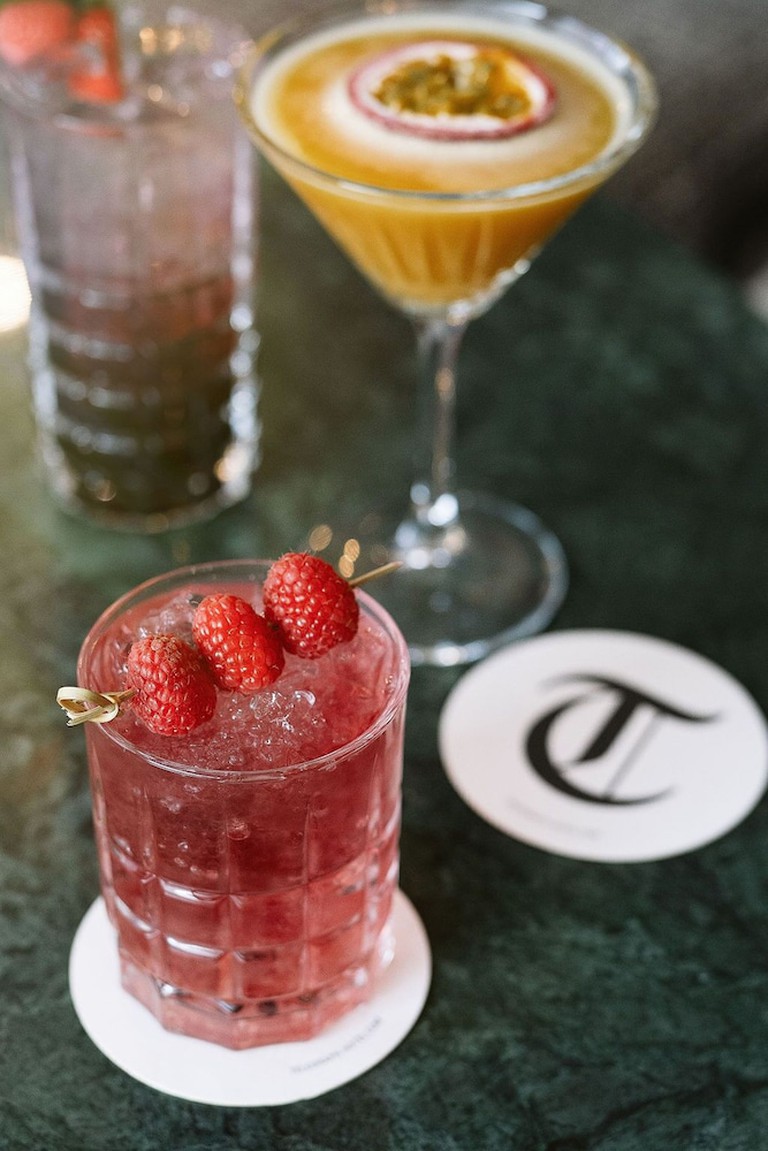 Bookable on Culture Trip, this brand-new boutique hotel is the talk of the town – and with good reason. Housed in the famous building that was home to the Coventry Telegraph until a few years ago, it has been tastefully transformed into a distinctly stylish city hotel. When you’re stood in the ’50s-style lobby area, bar and restaurant, you can almost imagine the chaos of journalists in the newsroom, with cigarette smoke emanating around the room to the soundtrack of frantic typewriting. Fortunately, the atmosphere is much more calm today, and that extends to the impressively spacious rooms, which strike the perfect balance between modern luxury and authentic feel. From Friday to Sunday you can head all the way to the rooftop and experience the delightful ambiance of the Generators bar, where you can enjoy cocktails and Mediterranean tapas as you look out over Belgrade Plaza. 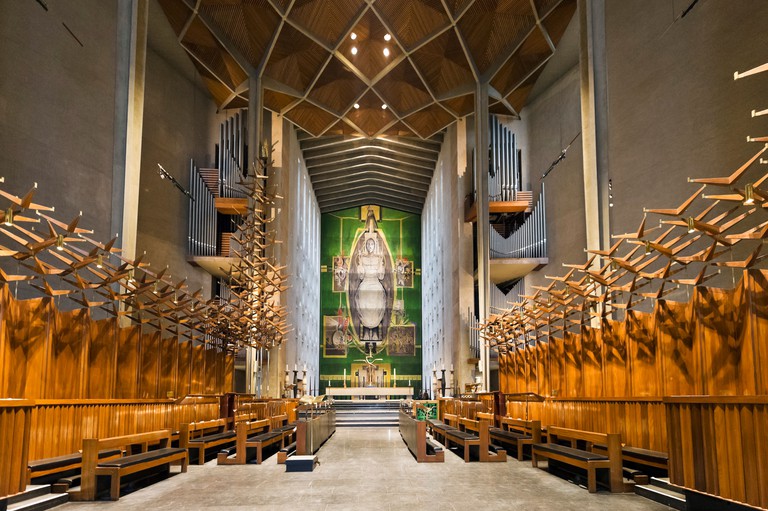 There are many cathedrals across the UK, and they all kind of look the same – apart from this one. After the old cathedral set fire during the Blitz (the ruins of which are worth seeing next door) architect Sir Basil Spence decided to create something completely different. The end product, opened in 1962, is like a bizarre crossover between a classic gothic cathedral and a modern-art building. It boasts one of the largest tapestries in the world; the most mesmerising – and cleverly designed – stained-glass windows you’re likely to see; and a large boulder brought over from Bethlehem. Its unique visual style, scale and incredible beauty makes this the most awe-inspiring cathedral in England. 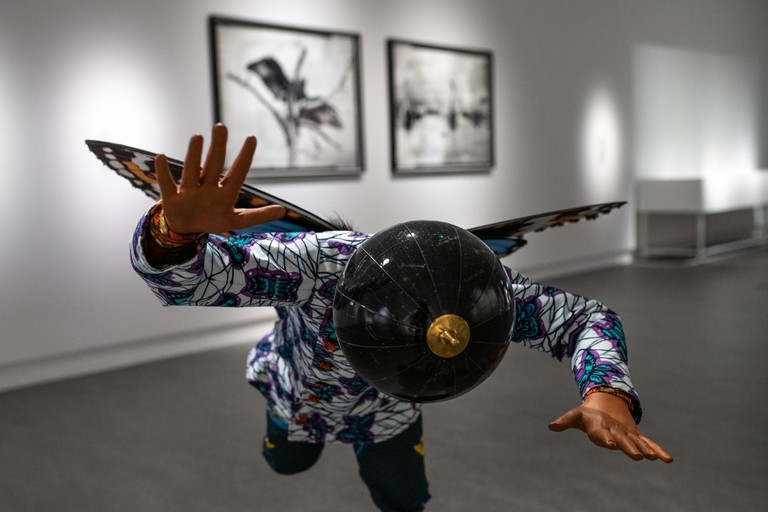 There are plenty of museums to choose from in Coventry, whether it’s watches, music or transport – but the Herbert is the definitive slice of Coventry’s past, present and future. Downstairs is dedicated to telling the story of Cov’s past, from early origins and the story of Lady Godiva, to the modern spirit of peace, reconciliation and justice that hardship has helped develop. Head upstairs, and you’ll find a rotating set of modern art exhibitions that vary from sculpture work to photography, immersive art spaces and social history. The best thing about the Herbert? It’s completely free to visit. 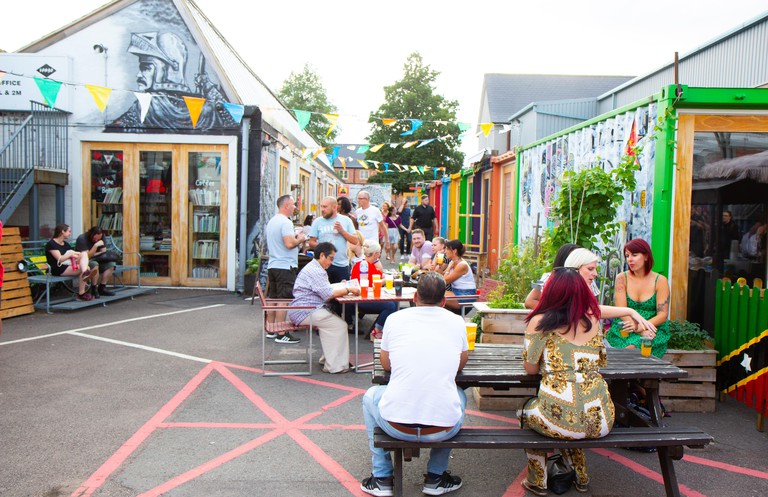 This is possibly the best hang-out in all of Coventry. Founded in 2014 in a derelict industrial district, FarGo is an amazing mixed-use creative space for independent businesses. Abandoned buildings have been turned into food courts and mini-shopping malls, while other shops – 90 percent of which are start-ups – are based in shipping containers around the village. Expect incredible food and drink, artisanal clothes and art, vinyl records and much, much more. And when the village hosts markets and special events, the atmosphere here is joyous. 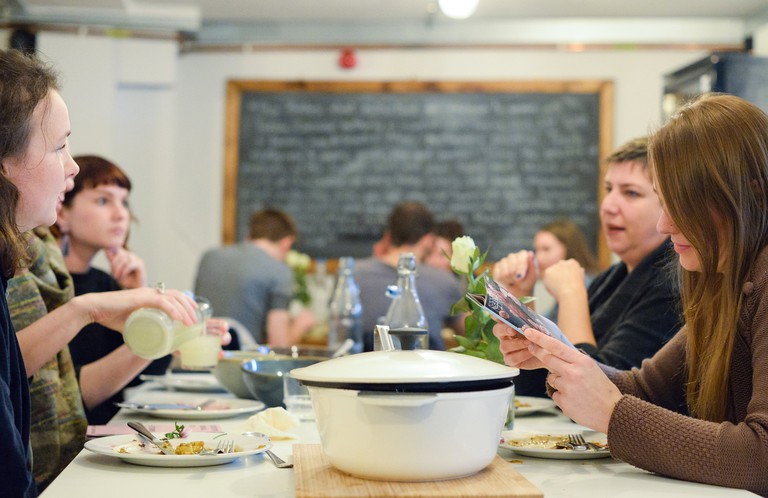 The vibe in this unique little cafe, housed partly in a modern building, partly in a medieval building – classic Coventry – is just so soothing. Muted colours, simple decor and a relaxing soundtrack create an atmosphere perfect for enjoying the home-made delights on offer. Everything is made from scratch here, from ketchup, to iced tea, to whatever exciting dishes are on the menu that day. The chefs are super-passionate and ridiculously talented, while staff are extremely welcoming. Grab yourself a zine from the shelf – you can also take your own and add them to the collection – tuck into some good food and find inner peace at the Pod. 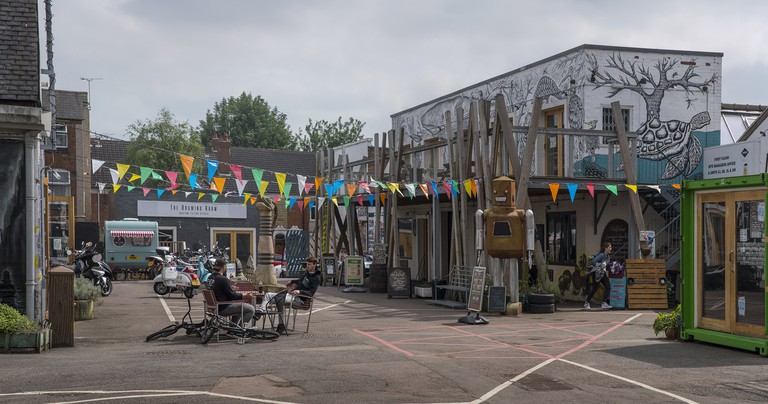 Found in FarGo Village, Commonground is an art space, an event space, a print shop and a place to enjoy great food and drink. There’s a really bohemian feel to the place and, for somewhere so relaxed, the food is surprisingly high-end. Chefs put together a unique contemporary tasting menu that goes down a treat with your beverage of choice – whether it’s coffee, wine or beer, Commonground has you covered. 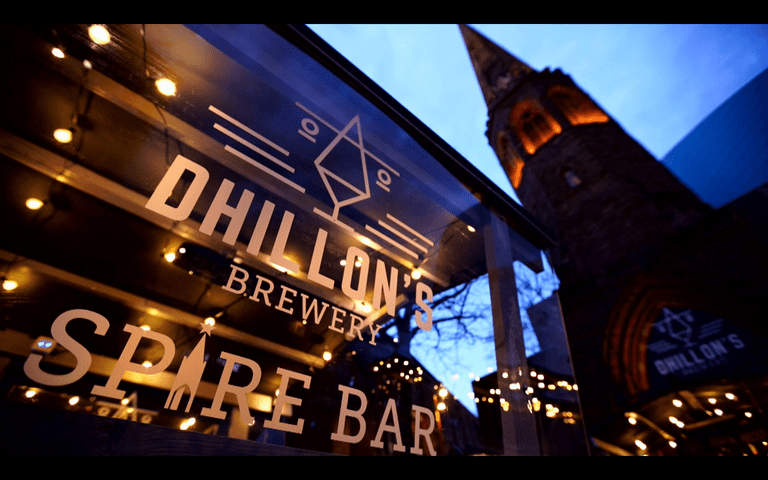 The best way to spend an evening in Cov is to go local and embrace the unique character of the city by grabbing a few drinks at the Spire Bar, housed in the famous Christchurch Spire. Taken over by Dhillon’s Brewery, an award-winning local brewery that supplies official beers for Coventry Football Club, the inside has been transformed into a funky, modern space that fully utilises the classical grandeur of the building’s architecture, while injecting it with a vibrant, modern energy. Meanwhile, the square outside is an extended beer garden, with pretty lights and good music – perfect for a warm summer’s night. It’s recommended that you book a beer-tasting session, so one of the super-friendly and knowledgeable members of staff can take you through their collection.

Head to the Coventry UK City of Culture website to find the complete programme of exhibitions and events throughout 2021.