14 Reasons Everyone Should Visit England at Least Once 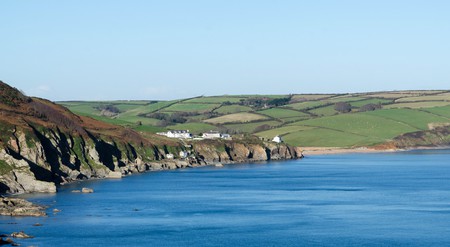 For such a small country, England packs a big punch. With jaw-droppingly beautiful countryside, award-winning beaches and a whole lot of character, England should top everyone’s must-visit bucket list. Still not convinced? Here are 14 reasons why you need to book that trip to the UK’s shining star, England….

The coastline is unbelievably stunning

From Northumberland’s majestic wild and unspoilt coastline to the breathtaking beauty of Cornwall’s beaches, England has the most incredible shorelines you’ll ever see. It’s also home to many seaside towns bursting with charm, from the traditional delights of Whitby to the cool vibe in Brighton. 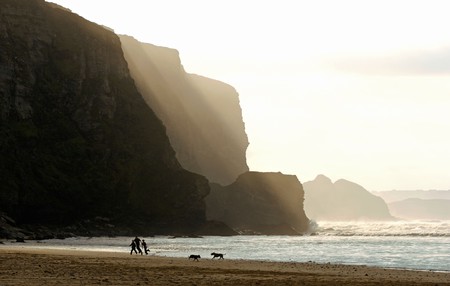 You won’t find anywhere as peaceful as the English countryside

Calling England the ‘green and pleasant land’ is an understatement. Boasting idyllic rolling hills as far as the eye can see, you’re guaranteed to fall in love with the lush green landscape. From the north to the south of the country, you’ll find stunning countryside just waiting to be discovered. 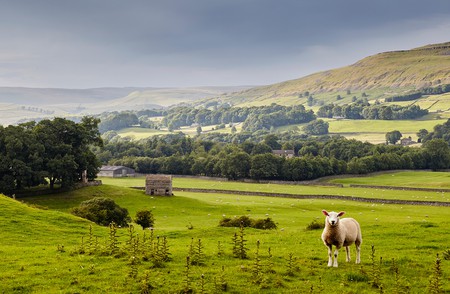 The lakes will take your breath away

The Lake District, a National Park in the North West of the country, is the definition of rugged beauty. With glistening lakes surrounded by craggy hilltops and mountains, it’s impossible not to be swept away by the dramatic romance of the region. Get your walking boots on and explore some of the best vistas in the world. 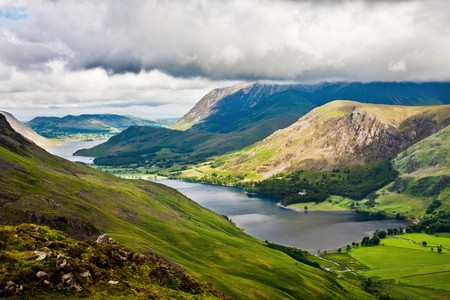 It’s amazing, whatever the season

England has a bit of a bad reputation when it comes to weather, but one of the joys about the country is that is does the seasons very well. Spring is full of new life, with daffodils blooming and Easter egg hunts. In summer it’s all about eating ice cream at the beach and picnics in the countryside. Autumn dazzles when the trees turn bright red and orange, and winter brings snow, sledging and cosy nights in front of a roaring fire. What’s not to love? 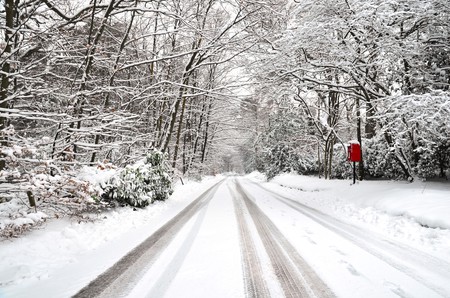 There’s a sense of history all around

It may be small in size, but England’s history is world-famous and celebrated across the country. Whether it’s a visit to the awe-inspiring Tower of London, a walk around the atmospheric ruins of ancient castles, exploring prehistoric Stonehenge or checking out the Victorian village of Saltaire, you’ll feel like you’ve stepped back in time. 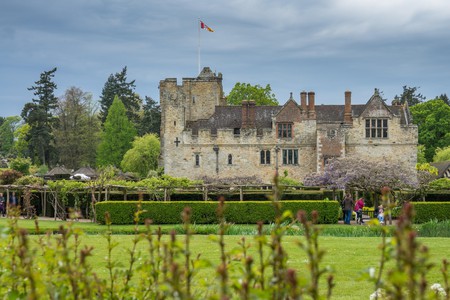 England really knows how to party

The English love to have a good time and will jump at any excuse for a celebration. From street parties for the Queen’s birthday and the old-school charm of Henley Regatta, to the world’s best music festival – Glastonbury – and the vibrant, colourful Notting Hill Carnival, you’re spoilt for choice when it comes to joining in the party! 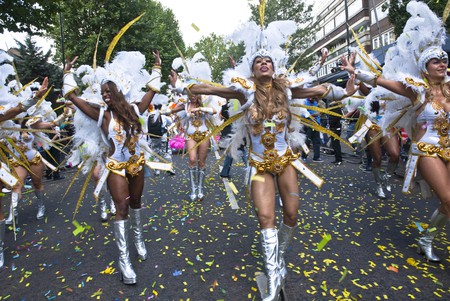 With a thriving art scene, England is up there as one of the ultimate destinations for culture-vultures. Tate Modern has one of the best collections of contemporary art in the world, while The National Gallery is the place to head for classic work by the Old Masters. The country is home to some of the coolest street art, as well as some amazing outdoor sculptures by Henry Moore and Antony Gormley, including the magnificent Angel of the North. 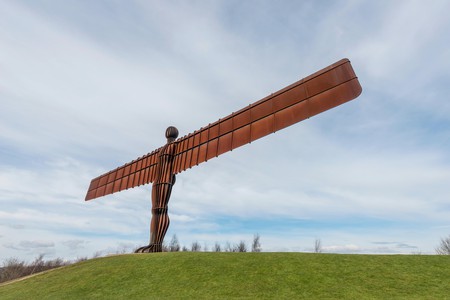 No one does ‘weird traditions’ quite like the English

Where else in the world do people chase a cheese down a steep hill for fun?! England is wonderfully eccentric and a country that really embraces its quirkiness. There’s the Apple Wassail, a mind-boggling ceremony that blesses apple trees into producing a good crop for cider making, as well as the uniquely English tradition of Morris Dancing. Come and see it for yourself! 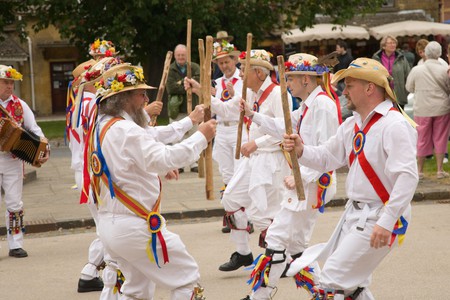 The people are awesome

What makes England so special are the people who live here. The country is a melting pot of different cultures, religion and class, but you’d be hard pushed to find a friendlier nation. The English pride themselves on having a wicked sense of humour, as well as being ridiculously polite – have you seen the queuing etiquette?! 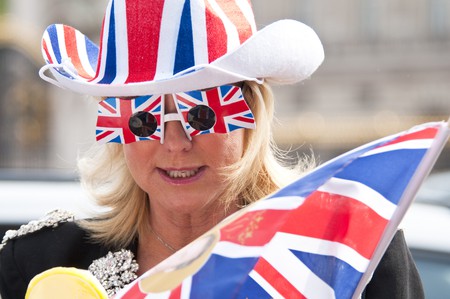 You’ll want to eat everything

England can boast some of the best restaurants in the world, but it’s not just Michelin-star meals on the menu here. No visit would be complete without a full English (the ultimate breakfast to set you up for the day), afternoon tea (delicate trays of finger sandwiches, cakes, scones and a pot of tea) and the nation’s ultimate food – fish and chips. Even better when eaten straight from the paper. 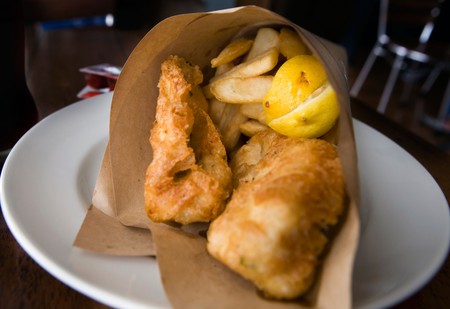 English pubs are the best in the world

You won’t find anywhere in the world quite like a traditional English pub. The heart of the community, visit one and enjoy a drink and chat with friends. Every pub has its own charm, whether it’s a huge fireplace to warm up next to after a long walk, or a beautiful beer garden to enjoy the best of the English summer. 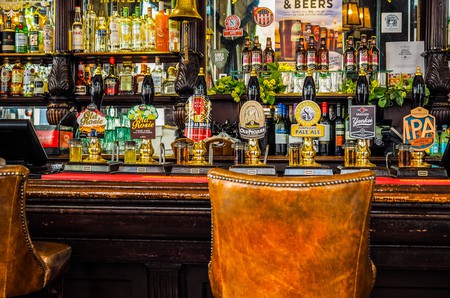 You’ll be amazed by the wildlife

Foxes, squirrels, hedgehogs, badgers and otters – England is home to some of the most endearing wildlife in the world. There are plenty of organised tours for the best chance to see these animals, as well as a staggering number of species of birds, in their native habitat, but what’s so amazing is that here, wildlife really is everywhere you look. 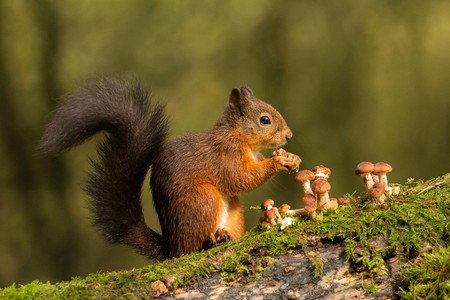 The villages are picture-perfect

Stone cottages, cobbled streets, thatched roofs; England’s villages really are as picturesque as they come. Whether it’s the pretty chocolate-box villages of the Cotswolds, Norfolk’s tranquil coastal villages or the quintessentially English villages of North Yorkshire, to name just a few, no visit to the country would be complete without experiencing the beauty of these little communities. 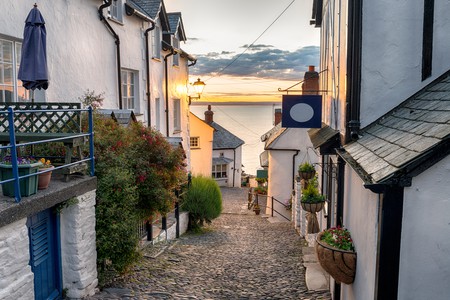 And the cities are buzzing

You’ll find some of the very best cities in the world right here. There’s Manchester, with its cool music scene, historical Oxford, the Georgian masterpiece of Bath and lively Newcastle, but it’s England’s capital city, London, which must be experienced. Iconic, cultural, inclusive and beautiful, London has it all. 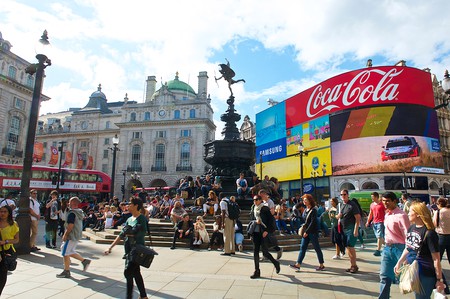 Piccadilly Circus in London. | © Oliverouge 3/Shutterstock
Give us feedback