The 20th century saw the definitive birth of espionage literature, a genre that encompassed modern day political tensions and yearnings for global adventure. Whilst many still associate spy novels with Ian Fleming’s 007, we often forget that there’s more that meets the eye when it comes to spying classics. From John le Carré and Robert Ludlum to Tom Clancy and Graham Greene, The Culture Trip reveals a secret file of novels that goes beyond James Bond. 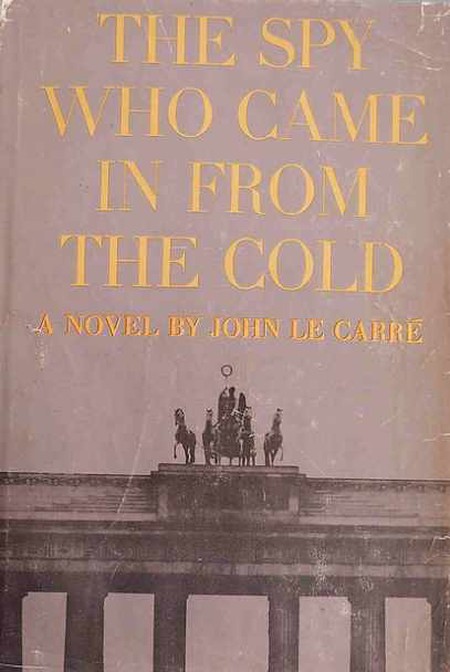 A stalwart of espionage literature, John le Carré’s gritty novel The Spy Who Came in from the Cold is set in East Germany during the 1950s and 1960s and follows Alec Leamus, an agent who tried to track down a German double agent. Yet this spy world proves to be unlike any other, forcing the protagonist to question the moral consistency of espionage methods in the face of democracy. One of le Carré’s most famous works, for those looking for an introduction to the genre, this is the real deal.

An early 20th-century masterpiece, The Secret Agent explores the captivating story of a Russian spy in 1880s London. Recruited by a group of anarchists to destroy a prominent landmark, the novel deals with issues of early terrorism that continues to be relevant to this day. So much so, it was the third-most searched book in the two weeks following the devastating 9/11 attacks in New York back in 2001. 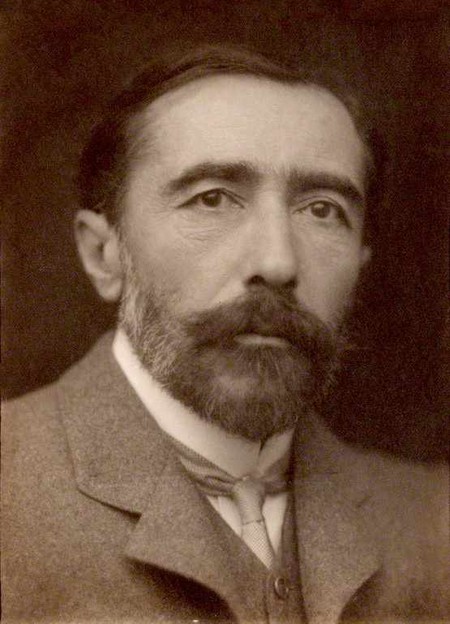 Well known for the movie adaptation starring Matt Damon, many are not familiar with the fact that the original novel was actually written by Robert Ludlum. A story packed to the brim with suspense, deception and conspiracy, The Bourne Identity follows an enigmatic man called Jason Bourne, one of the US government’s greatest assassin creations. Found drifting in the sea, he suffers amnesia and goes on a quest for the truth behind his enigmatic identity.

Berlin Game is the first part of Len Deighton’s series about a middle-aged intelligence officer, Bernard Samson. In attempts to help a valuable agent escape from behind the Iron Curtain, he undertakes a crucial rescue to discover that there is a traitor amongst his colleagues. A spine-tingling Cold War spy story, the novel allows its readers to relive the political tension of the historical period, making it one of the greatest thrillers of its time.

The Riddle of Sands: A Record of Secret Service Recently Achieved (1903) — Erskine Childers

The Riddle Of The Sands: A Record Of Secret Service is part fiction, part autobiography penned by Robert Erskine Childers, an Irish nationalist who was executed in 1922 after he was caught smuggling guns to Ireland for the British. Yet, before he met his tragic end, he was considerably well known for his 1903 novel about a spy seeking to uncover evidence for Germany’s invasion of England. Since its publication, the book has been regarded as one of the most influential pieces of espionage writing, going on to greatly influence the works of Ian Fleming and John le Carré. 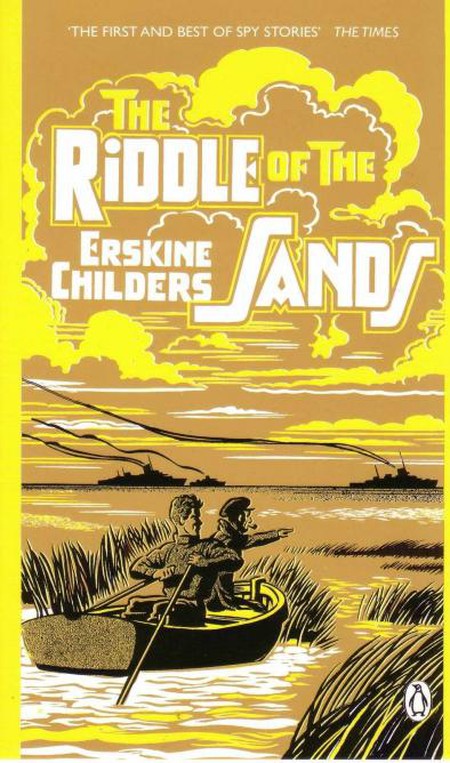 There’s a Russian mole in MI6, and a retired intelligence agent controller, George Smiley, is asked to get to the bottom of the compromising issue. Identifying a selection of suspects, he embarks on a journey through a dizzying labyrinth of deceit, lies and false impressions. Full of intrigues and suspenseful plot twists, Tinker Tailor Soldier Spy is another absolute classic from the legendary writer — once again marking John le Carré out to be the ultimate master of the genre. 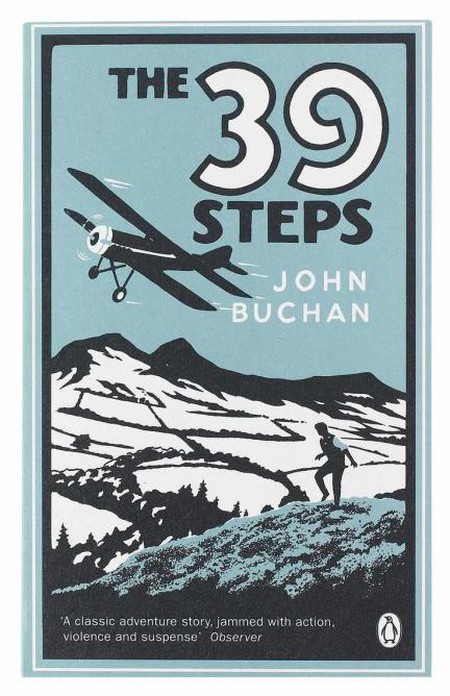 John Buchan’s crime novel, which has also gone on to be a highly successful play and an Alfred Hitchock film in 1935, introduced the protagonist Richard Hannay, an anti-hero caught up in a devious drama to trigger war and destruction of the British navy. Becoming a man on the run, he wriggles himself out of compromising situations in attempts to prevent the outbreak of a devastating European war.

Despite writing The Day of the Jackal in just 35 days, Frederick Forsyth unintentionally achieved creating a novel that changed the literary landscape of the genre. The book tells the story of an unnamed assassin hired to kill French President de Gaulle and was one of the first novels to show how European spy agencies could cooperate to confront a common enemy. Receiving admiring reviews when it was first published, it also went on to win the 1972 Best Novel Edgar Award from the Mystery Writers of America.

When Welsh author Ken Follett penned Eye of the Needle, he gave himself star quality status in publishing circles. In this spy thriller novel, the protagonist Henry Faber reveals himself to be a ruthless professional killer and Germany’s most feared cover agent operating in Britain. His task being to unveil the Allies’ plans for D-Day, he embarks on a pulse-pounding journey that leads him to a mysterious location called Storm Island and a lady named Lucy.

The Innocent deals with a Cold War-divided Berlin and the spying that took place there over the period. Ian McEwan brings to life Leonard Marnham, a man who is thrown into the deep end of British-American surveillance tactics, where he is a pawn in a dangerous game of which he’s not fully in control. When he falls in love with a divorced German woman, events begin to unravel for him at an increasing speed, throwing his personal life into chaos and his life into jeopardy. 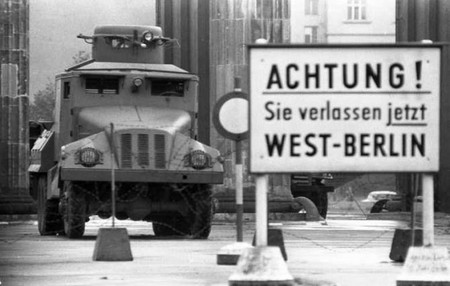 Graham Greene’s Our Man in Havana is more of a satire on the espionage genre rather than a hardcore example of it. It concerns an MI6 agent in Portugal who is forced to draw on his own experiences for a black comedy set in Havana. Amusing and enlightening, the witty novel pokes fun at intelligence agencies and their habit to blindly rely on all reports passed on to them via local informants.

Donald Hamilton secured his position as a notable spy fiction novelist with his 1960 offering Death of a Citizen. It documents the development of a normal US citizen, Matt Helm, into one of the most cold-blooded assassins in the Second World War period. After retiring from the service to focus on family life in New Mexico, the formidable agent is forced to resume his role following the tragic kidnapping of his daughter by a former colleague.

It was the Hunt for Red October that definitively launched Tom Clancy’s career, marking him out as one of the spy-novel greats. Introducing CIA analyst Jack Ryan to the world, the plot follows a group of US Naval officers as they travel deep into Soviet territory to take hold of a nuclear submarine. Despite being published in the 80s, the novel still rings true today, as the threat of nuclear war is ever-more pressing.