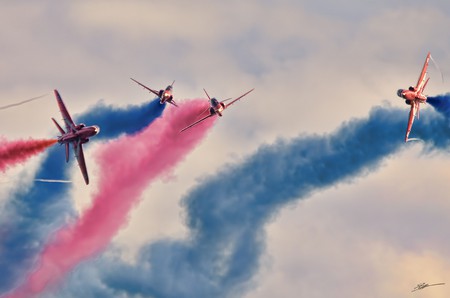 Everyone is familiar with, or has heard, just how stunning the Dorset coast is, full of beautiful countryside, luscious stretches of beach, history and culture aplenty. But what about those hidden gems? Something a little bit different, perhaps? Luckily for you, we’ve pieced together a list featuring 11 of Dorset’s most unique experiences below.

Mary Anning, Dorset’s first and most famous paleontologist, found the first Ichthyosaur in Lyme Regis, Dorset. Eroded from the cliffs and scattered along the beaches, fossil hunting is a great way to spend the day at the Jurassic Coast. To help in your search, visit the Charmouth Heritage Coast Centre or Lyme Regis Museum and join one of the expeditions run by the professionals, part of the Jurassic Coast Guides.

Very fine clay suspended in the water diffracts light in different ways, causing the ‘blue pool’ to turn turquoise, green, or sometimes clear blue. This magical and unique attraction offers beautiful walks, a wonderful tea house, gift shop, museum and stunning views – head up the steps for a view of Purbeck Hill, or down for a wonderful view of the glistening water.

English novelist and poet Thomas Hardy set many of his pieces in the semi-fictional region of Wessex. This includes Dorset, Devon, Wiltshire, Hampshire, Somerset and parts of Berkshire. Discover where Hardy found his inspiration as you take a tour around his Dorchester-based cottage and explore the beauty of the surrounding gardens and countryside. You never know – it may even give you some inspiration, too! 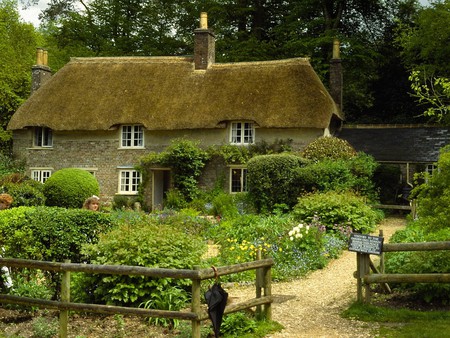 Attend a festival in a castle

Bestival relocated earlier this year from it’s Isle of Wight home, to Lulworth Estate, Dorset. Pet Shop Boys, The XX, A Tribe Called Quest, Dizzee Rascal and a whole host of other popular stars, turned the grounds of this 17th-century castle into the biggest party of summer. From circus acts to spin classes, local DJs to household names, Bestival offers a little something for everyone. Plans for a bigger and better 2018 are already underway with dates confirmed as 2nd, 3rd, 4th and 5th of August.

Built by Sir Walter Raleigh, Sherborne Castle and Gardens opens March 30th through to October 28th. The castle holds many majestic and medieval events, exhibitions, workshops and displays throughout the year. None more impressive, popular, or action-packed as the medieval jousting! Take yourself back to the medieval era and witness the exhilarating show performed by The Knights of Royal England.

Meet and adopt the chimps at Monkey World

This 40-acre park is a must see by any visitor or local. The guided tours are a must for any animal-lover, with weddings, kids’ clubs, adoptions and birthday parties all taken into consideration too! Monkey World assists governments around the world to stop the smuggling of primates from the wild. The centre is home to refugee primates who have suffered abuse or neglect and are in the process of being or are rehabilitated, and given a fresh start.

Without a doubt, Dorset’s most popular festival is the internationally renowned Air Festival. The Bournemouth and surrounding area is filled with in-depth and interesting exhibitions, fly-bys and demonstrations that have entertained more than 9.2 million people since it began in 2008. You’ll be as excited as we are to hear that: “30 August–2 September 2018, next year’s festival features our biggest and best line-up so far.” 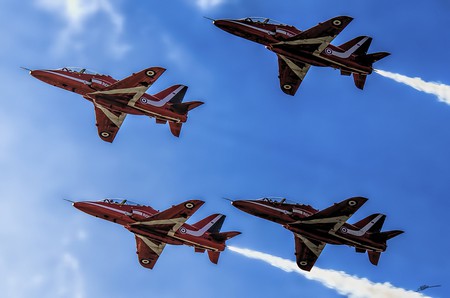 Don’t panic – it’s a type of biscuit. One of the stranger festivals (not just on this list, but generally speaking, too!) that celebrates the life of local company Moores and, in particular, the creation of the Dorset Knob. A local tradition, that, as the name suggests, is based around throwing your knob as far as possible. A great atmosphere, lots of tasters and a glimpse into local tradition…albeit a waste of delicious biscuits!

Watch a movie on a castle

2017 saw Jaws projected onto a big screen, covering the Lulworth Castle, courtesy of Luna Cinema, the UK’s most famous pop-up cinema. 2018 preparations are already underway, and we are unsurprisingly super-excited to find out what movie classic we can catch at the castle, under the stars, this time around.

In November 1943, notice was given to the people of Tyneham that they would be required to leave. Due to its position in relation to Lulworth firing ranges, the town was taken over by the army. After the war ended, the plan was to allow the families to return, however, this was not the case, and the village has since had a population of zero! The village is still open to the public, and gives us a real insight into what times were like before the war.

Conker Gin: Dorset’s first gin distillery, situated in Bournemouth. Keeping it local with hints of Dorset elderberries, samphire and handpicked New Forest gorse flowers, Conker Gin offers us a bright and refreshing taste, with no gimmicks, just top-of-the-range, small-batch gin. “That’s the spirit.”
Piddle: Piddle, set in Piddlehinton, take their brewing much more seriously than their name suggests. If you can’t find them on tap in your local, you can always head down and book yourself on one of their brilliant group tours.
Ringwood Brewery: With over 30 stockists, we’d be surprised if you’ve not tried the quality craft ales of Ringwood Brewery before. If you haven’t, never fear – you can visit the online shop and place an order, go down and have a tour or find a local pub who will have it on tap ready and waiting for you! 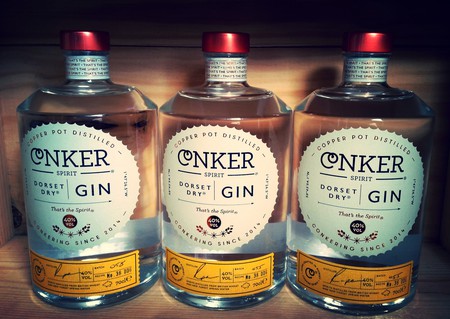