The 10 Most Beautiful Walks in the UK 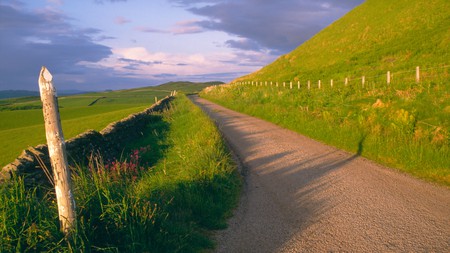 From the architectural marvel that is Hadrian’s Wall to the stunning natural coastline of Cornwall, the UK boasts a beautiful landscape begging to be explored. These are the most beautiful British walks, whether you want to tackle challenging multi-day routes or just spend a pleasant afternoon on a scenic ramble.

Linking northern England’s coastline, Hadrian’s Wall was built from AD 122 onwards to protect Roman England from Scotland. Today, this magnificent frontier wall stretches a staggering 84 miles (135km) from Tyneside in the east to Bowness-on-Solway, Cumbria in the west. It was designated a National Trail in 2003, and Hadrian’s Wall Path was named Britain’s finest long-distance trail by Countryfile in 2011. The full six-day trek will take walkers though wild moorlands, rolling countryside, the bustling cities of Newcastle-upon-Tyne and Carlisle, and important historic sites like Housesteads, a wonderfully preserved Roman fort. 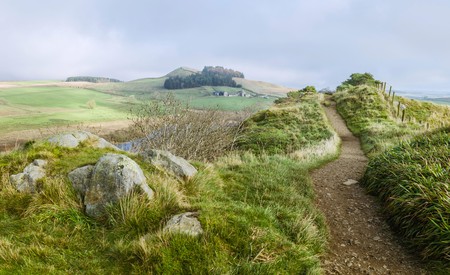 Down in Cornwall on mainland Britain’s most southernly point is the Lizard Peninsula, a scenic stretch of land dotted with picturesque coves and tiny, unspoiled fishing villages. From the pretty town of Porthleven to the sleepy village of Helford, the Lizard coastline is linked by the South West Coast Path and is one of its most popular stretches. Home to rare flora and fauna, the Lizard Peninsula coast is a haven for nature lovers, especially during spring and midsummer when its mild climate sees species like fringed rupturewort flourish. 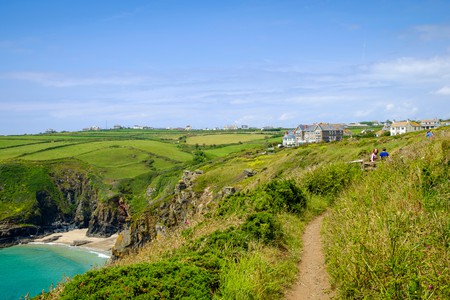 Journey into the wilds of the West Highland Way

When it was officially opened in 1980, the West Highland Way became Scotland’s first designated long distance trail – and it remains one of its most popular today. Starting at Milngavie just outside Glasgow, West Highland Way leads walkers through an awe-inspiring landscape taking in the tranquil beauty of Loch Lomond and the remote wilderness of Rannoch Moor before finally ending at Fort William at the foot of Britain’s biggest mountain, Ben Nevis. While committing to walk the whole length of the 96-mile-long (155km) West Highland Way can take around a week, the walk is widely deemed ‘moderate’ – a beautiful and surprisingly navigable trail utilising old drovers’ and military routes that skirt the highest peaks while still offering spectacular views of the Highland scenery. 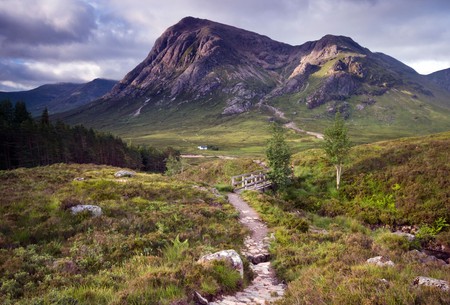 Hop over to Northern Ireland to hit the 33-mile (53km), two-day route known as the Causeway Coast Way: passing through a designated Area of Outstanding Natural Beauty and via one of the UK’s most iconic landmarks, the walk is the best way to experience Northern Ireland’s dramatic, rugged north coast. Leaving from the picturesque Victorian seaside resort of Portstewart, the Causeway Coast Way winds past the ruins of the medieval Dunluce Castle perched on its crumbling rocky outcrop, stopping off at the geological wonder that is the Giant’s Causeway and the breathtaking Carrick-a-Rede Rope Bridge before ending in beautiful Ballycastle. 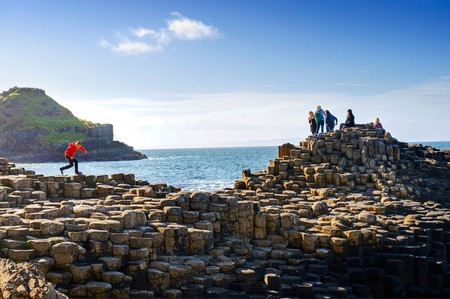 Hike through the Lake District’s beautiful Coniston Round

Known for its rugged mountains, glacial lakes and market towns, the Lake District National Park is one of England’s most beloved destinations, and the stunning route known as Coniston Round takes in some of the most breathtaking scenery the park has to offer. Starting out in the pretty lakeside village of Coniston, the circular route explores the Coniston Fells, leading walkers up to the Old Man of Coniston, one of Lake District’s most popular peaks. Continue on to the remote peak of Grey Friar, which also makes a perfect lunch spot (don’t forget to bring a picnic!) before ascending Dow Crag, whose rocky summit affords walkers beautiful views of the surrounding falls. 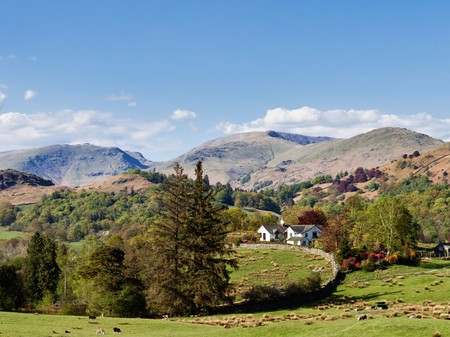 Venture into the craggy landscape of Kintyre Way

Covering the delightfully unspoiled and rugged Kintyre Peninsula along Scotland’s wild Atlantic coastline, the Kintyre Way may be too much for some. However, even less experienced walkers can break down the route into bite-size stretches and still experience its breathtaking beauty. Trailing from Tarbeth in the north to Machrihanish in the south, Kintyre Way zigzags its way across the peninsula to show off a varied landscape of rolling hills, lochs and stretches of coast dotted with tiny fishing towns. On a clear day, you’ll be able to see across to the Isle of Arran’s dramatic mountains and sometimes even as far as Northern Ireland’s coastline. 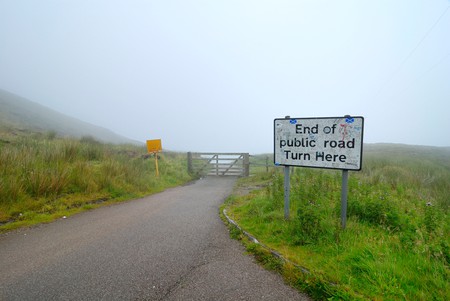 Challenge yourself on the Pembrokeshire Coast Path National Trail

Boasting 186 miles (300km) of some of Britain’s most spectacular coastline, the Pembrokeshire Coast Path National Trail in Wales traverses a varied marine landscape from towering clifftops and dramatic rock arches, to wide sandy beaches and scenic coastal towns. The first section of the Pembrokeshire Coast Path from St Dogmaels to Newport is the most arduous stretch, with frequent steep hills and sheer cliff faces. It’s a perfect trek for the experienced hiker, but if you want to try out a less challenging section, the stretch between the rock formations of Stack Rock and The Green Bridge of Wales to St Govan’s Chapel is less daunting. 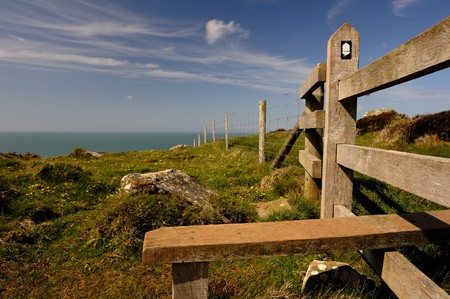 Winding its way just over 100 miles (161km) through picturesque countryside, the Cotswold Way National Trail is a scenic route taking in chocolate-box villages, rolling green hills and sites of ancient historical significance. Stretching from Chipping Campden in the north to Bath in the south, the whole route can take between seven and 10 days to complete. If you don’t have the time or the inclination for that, the trail has also been broken down into several manageable circular walks such as the Winchcombe and Belas Knap route, a scenic walk starting at the market town of Winchcombe. 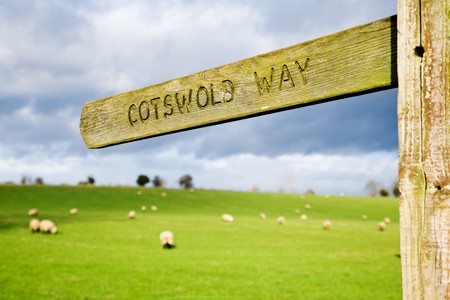 Take a week to do the full Cotswold Way route, or simply stroll along part of it | © Anthony Brown / Alamy Stock Photo

This is the first, and some might argue the best, of Britain’s designated National Trails. Granted the title in 1965, the stunning Pennine Way is a 268-mile (431km) route running from the Peak District all the way through the Yorkshire Dales up to Scottish Borders. The first section of the Pennine Way connects the Peak District villages of Edale and Crowden and while one of the most scenic stretches, it’s also arguably one of its more challenging. It’s worth the effort though, taking hikers through the wild, untamed beauty of the Kinder Plateau and offering panoramic views of the Peak District. 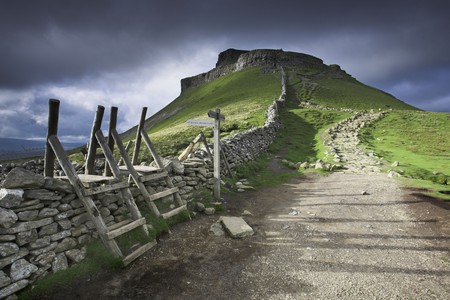 Hiking the Pennine Way may not be the easiest walk, but the views are worth it | © david speight / Alamy Stock Photo

Take an afternoon to tackle the South Foreland Lighthouse Walk

A shorter, scenic route ideal for the less experienced rambler, the South Foreland Lighthouse Walk along England’s southeast coast takes in one of the country’s most iconic natural landscapes: the White Cliffs of Dover. Starting out at the White Cliffs Visitor Centre, the four-mile (6.4km) walk winds along the clifftop past sites that showcase the coastline’s importance during World War II (including Langdon Hole, an underground system of tunnels previously housing a wartime radio command centre). It ends, as can be guessed from the name, at the beautiful South Foreland Lighthouse, built in 1843. Climb to the top on a clear day and you’ll be treated to breathtaking views across the English Channel to France.

Reconnect with your essential nature through exploring our local UK paradise.