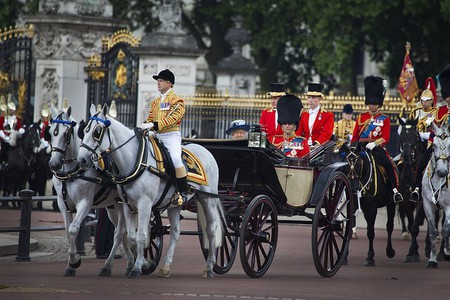 The Royal Art Collection is the largest privately owned art collection in the world and it’s worth a staggering amount of money.

And that’s just market value by the way, not even taking into account that the collection is surely worth much more just based on the fact it belongs to the royal family.

Comprised of over one million objects, the impressive collection is housed across 13 UK royal residences, both occupied and historic, and belongs in its entirety to Queen Elizabeth II. 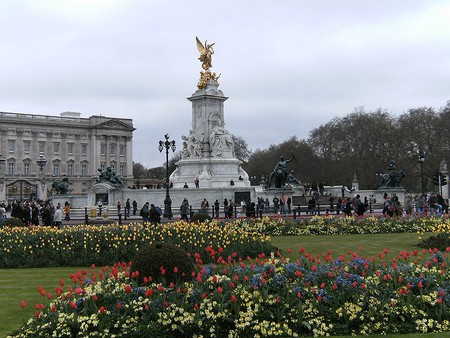 To break it down for you, this means that Her Maj is sole owner of 500,000 prints, 30,000 watercolours and drawings, 7,000 paintings, numerous photographs, tapestries, furniture, ceramics, cars, textiles, antique lace, carriages, jewellery, clocks, musical instruments, plants, manuscripts, books, sculptures, and of course, the illustrious Crown Jewels.

Among the most recognisable gems of the collection are at least six Rembrandts, 50+ paintings by Canaletto, more than 600 drawings by Leonardo Da Vinci, 13+ Peter Paul Rubens paintings and at least 20 drawings by Michelangelo. And there is always more to be found. A In 2006 for example, a Caravaggio painting entitled The Calling of Saints Peter and Andrew was discovered accidentally in a storeroom at Hampton Court Palace after 400 years! 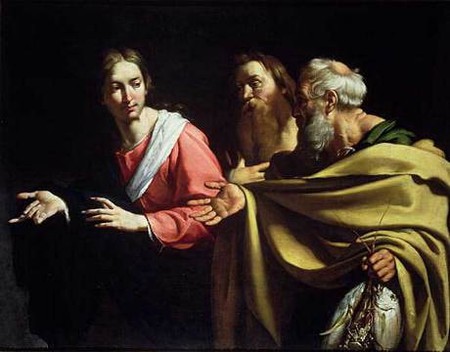 Caravaggio, The Calling of Saints Peter and Andrew | via WikiCommons

In terms of the history of the collection, the majority of it dates back to post-King Henry VIII, with the most important acquisitions being made by HRH Charles I who was an avid connoisseur of Italian art and a patron of many Flemish artists including Van Dyck. Following his execution is 1649, all of the works he had acquired were actually sold, but thankfully later recovered by Charles II as they form the basis of the entire Royal Collection.

Of course, Her Majesty the Queen has had a hand in some of the more recent additions to her family collection, including some excellent, more contemporary work by the likes of Andy Warhol and Sir Anish Kapoor.

Then there are the Crown Jewels, which are made up of 140 royal ceremonial objects and housed in the Tower of London. Among its prizes is Cullinan I which, at 530 carats, is the largest clear cut diamond in the world. 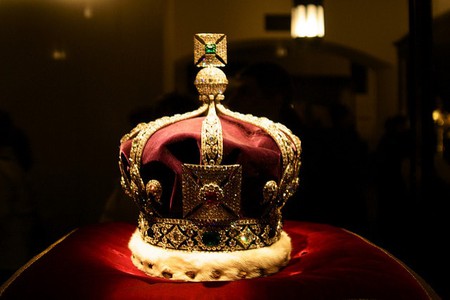 Needless to say this entire collection is, no pun intended, a real jewel in the monarch’s crown.