15 Reasons Everyone Should Visit Cornwall at Least Once 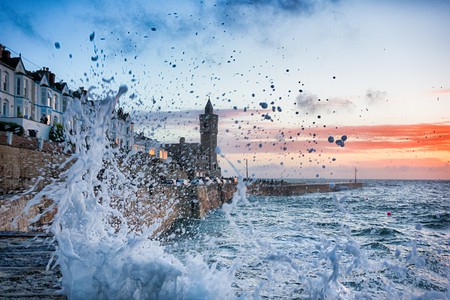 Right at the end of the United Kingdom and sticking out into the sea, Cornwall is a faraway land which promises tales of smugglers, rich cream teas and world class surf. It has sunsets which stretch for miles across an endless horizon, giant skies, and sweet fresh air. Cornwall is filled with community spirit, art, culture and a dark and rugged history. Here are 15 reasons to go to God’s own country at least once in your life.

There are beaches, and then there are beaches in Cornwall. Some, such as Porthcurno and Pedn, look as though they are straight out of a catalogue for a Caribbean cruise. Others hide at the bottom of cliffs and can only be accessed by kayak or boat and some sit perfectly facing the sunset and attract groups of friends to sit around campfires and drink warm beer together. 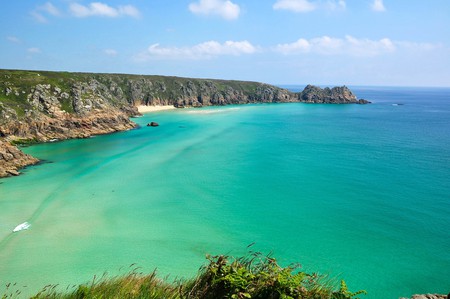 It looks great in a storm as well as the sun

Being surrounded by the sea, Cornwall gets battered by the elements a fair bit. Luckily, this only adds to its splendour. When a storm hits Cornwall it’s usually a dramatic affair, with waves bigger than cliffs crashing into villages, surfers ditching work to catch the swell of the year and winds so high they whip the sea into a frenzy. When the sun shines however, you could be in paradise.

Parts of Cornwall have been awarded Night Sky Status. This means that these areas are free enough from light pollution to star gaze with the naked eye. St Agnes Head on the north coast is one of the finest spots for this in the country, where you can lie back on a blanket looking for shooting stars, with the sound of the sea below you. 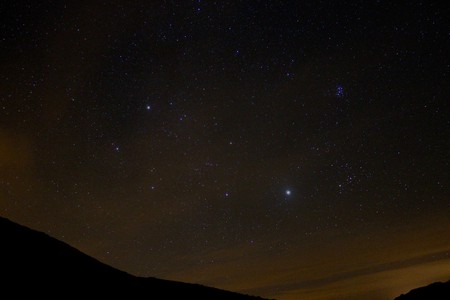 The Gulf Stream runs right around Cornwall, and with it it brings warm air and tropical vibes. Palm trees thrive in this part of the world, as do plants and flowers from all across Asia and the jungle. Wander through gardens with giant bamboo and hibiscus flowers, see pineapples growing and jump in the sea without the need for a wetsuit.

Cornwall is famous for surfing for a reason – it’s really good. Fistral, Sennen, and Perranporth are some of the most famous spots, but there are secret breaks everywhere which require some local knowledge and some good arm strength for paddling out around cliffs and rocks. There are frequent surf comps all through the summer and a cult of cold water surfers slipping into winter wetsuits through the colder parts of the year. 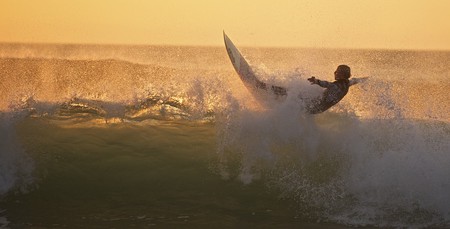 Cornwall is surrounded by the sea, so naturally there is a wealth of fresh seafood coming out of kitchens and being sold at markets up and down the county. More often than not, the fish served up to you at a restaurant was caught that day. Because of this, it almost always tastes like the best seafood you have ever had.

Cornwall is home to the country’s best open air theatre

It would be rude to go to Cornwall and not go to the Minack Theatre. Even if there are no shows to see, spend an hour wandering up and down the steps and standing on the stage to get a feel for what it’s like to play Macbeth with a backdrop of the Atlantic behind you. The Minack is an open air theatre which has been carved out of the cliffs and looks out to the horizon over dolphins, basking sharks and fishing boats. It takes a mighty storm to cause a performance to be cancelled, so remember to bring your waterproofs. Wine, snacks and a blanket or three are also recommended. 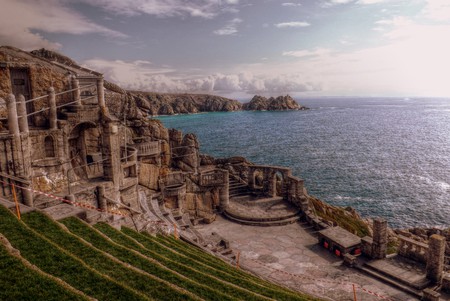 For anyone who loves history, Cornwall is definitely your jam. King Arthur is said to have been born in Tintagel in a rugged castle on top of windswept cliffs, there are castles on tidal islands, and ruins looking out across the sea. Some are crumbling to the ground and others are still standing strong against the elements.

The Eden Project is a pretty amazing place to be – you can wander through the rainforest in a giant biome, eat tapas in the Med, and learn all about sustainability and growing in The Core. Bananas grow, exotic bugs roam and you can climb to the canopy and watch the jungle below. 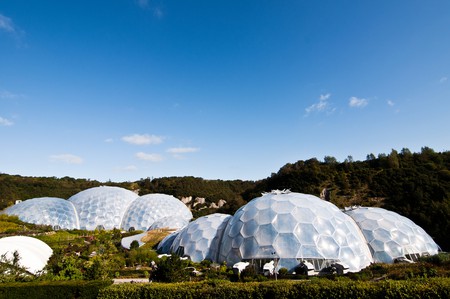 Cornwall is filled with tales of giants. Of broken hearted giants, of giant shortcuts across the sea, of giants who stole ships passing in the night and giants who fought from coast to coast by throwing boulders at each other. Some giants protected villages, while others were known for their ferocity.

Your favourite beer comes from here

The Cornish like to drink. Like, really like to drink. Because of this, they’ve perfected the art of brewing some really good beer, which is sold up and down the country in most respectable pubs. Doom Bar, Tribute, and Betty Stoggs all come from the hoppy loins of Cornwall, so why not taste them on their home turf? You can tour the breweries and drink unlimited amounts of this tasty booze too. 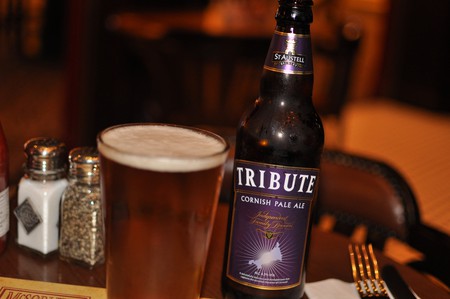 As well as your favourite beer and ale being from Cornwall, your favourite cider is too. There is honestly nothing better than settling down on the beach with your toes in the sand and a cold bottle of Rattler in your hand. A great sunset greatly enhances the whole experience too. You can visit the Rattler cider press just outside of Newquay, where you can see where all the magic happens, ride on a tractor and taste their new concoctions.

As we have said before, the Cornish really like to drink, and with their tasty ales and crisp ciders also come great pubs. You can sit on cliff tops in swanky bistros or snuggle down by a fire in piratical boltholes, sit with your feet in the sand as the sun sets in front of you, or settle in for a pub quiz in a local pub in the middle of the moors. The pub is the heart of every Cornish village and are always filled with good stories, Cornish lingo and loud belly laughs. 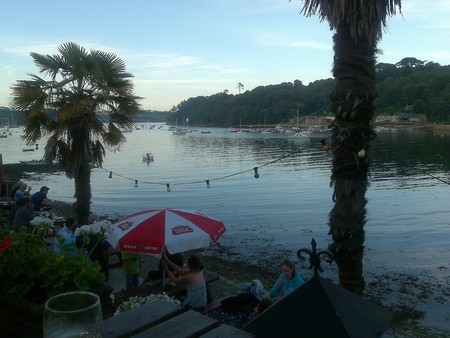 Cornwall isn’t shy to its pirating past, and there is evidence of this history all over the county. In Penzance, go into the Admiral Benbow and you will feel as though you are dining in the galley of a ship. Beneath the pub are still tunnels which smugglers once used to get their booty from the harbour and into the arms of merchants. In Perranporth, similar tunnels run from the beach and up through the cliffs to the top, so as to avoid running into tell tales or the police. On the Isles of Scilly, gig rowers would race to save shipwrecks who perished on the rocks, but also looted wood, goods, rum and anything else from the wreckage.

Cornwall wouldn’t be able to pump out good seafood without having the fishing villages to go with it. From Mousehole to Padstow and St Ives to Fowey, Cornwall’s coastline is littered with chocolate box houses and higgledy piggledy cobbled streets, which zig and zag up and down hills to the harbour. 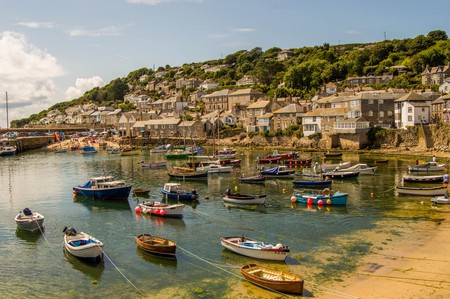 Mousehole | © Tim Watts/Flickr
Give us feedback