If You're Travelling to England This Winter, This May Be the Most Beautiful Place to Visit 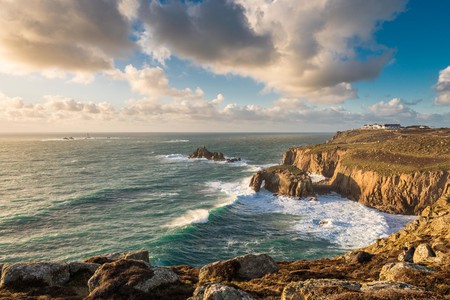 Even in the dead of winter Cornwall bathes in balmy temperatures which are more likely to be found in the Med than they are in England. Daffodils come into bloom in December, camellias are out in time for Christmas and by February the sub-tropical gardens found along the south coast are glowing with the warmth of the Cornish spring. So grab yourself a pasty and head to England’s most beautiful corner for a winter break.

Cornish beaches are peaceful and quiet in the winter months when the hordes of summer tourists make way for coldwater surfers and hardcore hikers. There are over 300 beaches to be explored on the Cornish coast and most of them you’ll have to yourself! 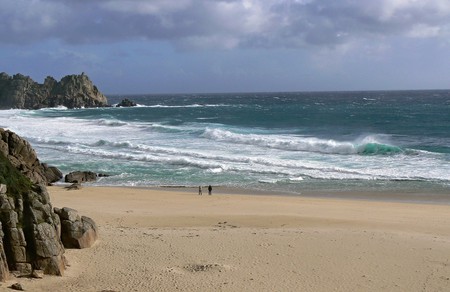 It’s true that daffodils come out in some parts of southern Cornwall in December and this is thanks to the Gulf Stream happily bumbling by the coast. There is seldom a frost and snow is almost unheard of, making Cornwall perfect for anyone looking to get away from the cold.

Thanks to the climate, Cornwall’s sub-tropical gardens are an oasis of green all year round. Of course, they won’t be in full bloom until spring, but plant species from all over the world thrive here thanks to sheltered areas and warm weather.

Storms in Cornwall take on a whole new level and coastal villages and cliffs get swallowed by giant waves and battered by howling gales. Cornwall is as beautiful when it’s battling the elements as it is in the summer, so wrap up warm, grab a flask of mulled cider and find a spot to watch the show. 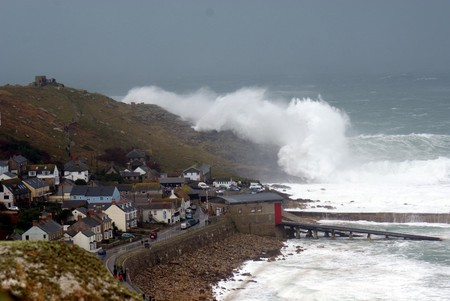 Cornwall turns into a golden wonderland during the winter months and with the sun only rising to half-mast through the shorter months, the Duchy takes on a gentle glow. This makes the sand radiate with light, the sea a mellow blue and the headlands shine a dazzling green.

The coasts of Cornwall are rarely touched by frost and so the fields stay green throughout the year. Views at this time of year are multicoloured rather than brown and grey and next to the blue of the sea these evergreen fields glow. Inland is a different story, however, and places such as Bodmin Moor and areas in the centre of the county do get frosty.

There’s something about winter which makes sunsets brighter and bolder. Maybe it’s that the air is in a constant state of blue, reflecting the temperatures, the sky and the sea, maybe it’s that there aren’t so many deep colours at this time of year. Whatever it is the sun sets in a fierce defiance to shorter days in Cornwall in the winter and every day is a sight to behold. 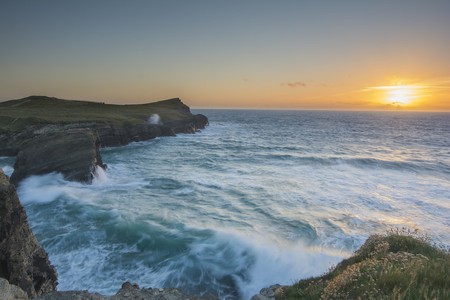 Cornwall is a world-class surfing destination but no other time is that truer than in the winter when the winds kick up some monster swell. There are also less people choking the waves in the winter too, so you’ll only have to share the sea with locals and the odd seal.

As if little fishing villages weren’t cute enough, at Christmas they take on a whole new level of magic. During December these picturesque villages twinkle their way through the festive season with traditional and often bizarre illuminations. One of the most famous for Christmas lights has got to be Mousehole (pronounced Mowz-all), which not only displays lights on the sides of buildings, but floating in the harbour too! 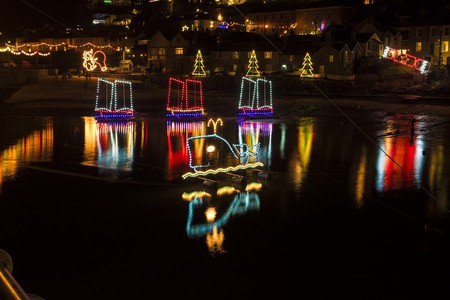 There is something rather romantic about a bracing winter walk. All wrapped up against the elements with the sea crashing on one side of you, stepping outside in the winter weather is refreshing and revitalising, not to mention that cosy pubs with burning fires are super welcome at the end of it all!