This Is the One Ukrainian Band You Should Listen to 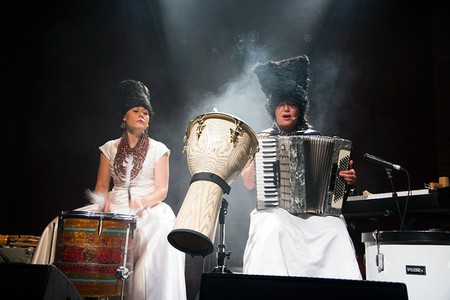 Many up-and-coming Ukrainian musicians have already been featured on the Rolling Stone and Billboard and performed at Eurosonic and Sziget music festivals. The main reason for such a swift recognition all over the world is a unique and qualitative sound. But the real highlight of contemporary Ukrainian music is traditional instruments and authentic folk motifs.

Recently, Ukrainian music band DakhaBrakha has conquered the heart of the former English footballer David Beckham. The song “Sho Z-Pod Duba” has become a soundtrack for the promo of the celebrity’s new brand. House 99 specializes in products for men, and in particular, tools for skin and hair care. Besides, the name of the brand was chosen not by chance. 1999 is the year when the footballer won the UEFA Champions League as part of Manchester United. It is also the year of David’s and Victoria’s marriage and the birth of their first child.

The video features David Beckham and other stylish men grooming, while in the background one can hear DakhaBrakha’s song. On the official page of the music band on Facebook, one can see the joy of such a significant collaboration. However, the negotiations on the use of the track lasted about six months.

“That’s exactly that case when DB (DakhaBrakha) and DB (David Beckham) finally met together! DakhaBrakha’s music under the leadership of David Beckham is ready to stylishly shave the dozen of handsome men with the help of the fine edge! Our music track “Under the Oak” in House99 by David Beckham advertising!” – DakhaBrakha 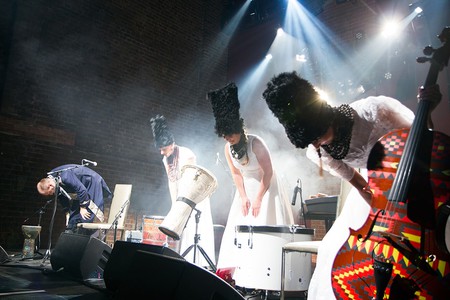 The Ukrainian famous music band was formed in the early 2000s in the framework of the theatre project ДАХ (DAKH in English) by the director Vlad Troitsky. Initially, members of the promising DakhaBrakha executed the musical accompaniment of performances of Troitsky and only in 2004 did they begin to play concerts as a band. Since that time, the band released five separate albums and one recorded with the Belarusian trio PortMone. The artistic director of DakhaBrakha says that the band performs connected with the ethnic music of different peoples, and calls it ethno-chaos.

Earlier, “Sho Z-Pod Duba” has been performed during one of the BBC shows and sounded in the third season of Fargo series, created by famous American directors and producers the Coen brothers. It is also the soundtrack for the Canadian film Bitter Harvest about the 1930s in Ukraine (the midst of the Ukrainian Holodomor—a man-made famine during the Soviet era).