The Top 20 Attractions in Ukraine

Lviv city | © Petar Milošević/WikiCommons
Every corner of Ukraine is unique. The West is picturesque and cosy, the North and East are industrial and monumental, while the South is always charming and welcoming. Each region contains its own abundance of beautiful and historic tourists sites. Here are 20 to get your started.

Khortytsia is the largest island on the Dnipro River with a length of roughly 7.4 miles (12 km) and a width of 1.5 miles (2.5 km). This island was once the capital of the Zaporizhian Cossacks, founders of the Cossacks’ Republic in the 16th century. In 1965 the island became a National Nature Reserve, open to visitors all year round. 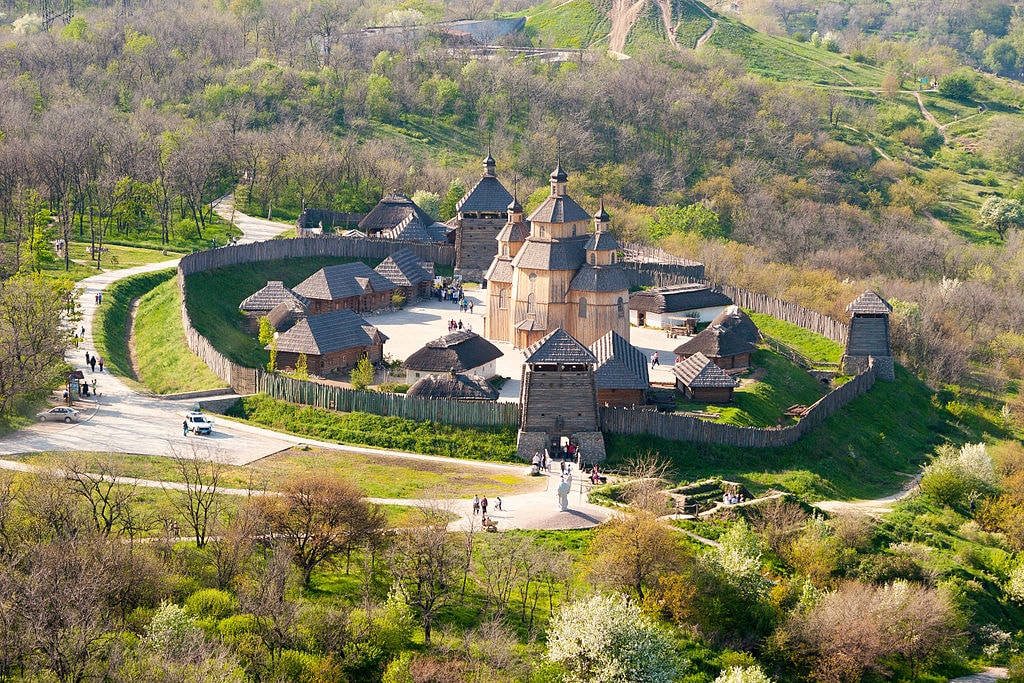 Cathedral
Annunciation Cathedral in Kharkov | ©Alexostrov/WikiCommons
This cathedral is one of the most beautiful sites in Kharkov. Completed in 1901 in a Byzantine architectural style, the Annunciation Cathedral has a 80-metre-tall (263 feet) bell tower. The original design of the exteriors stun tourists, while the interior decorations of the cathedral are second to none: white marble iconostasis and paintings by Russian artists.
More Info
Open In Google Maps
1 Blagovischenska Steet, Kholodnohirs'kyi District Kharkiv, Kharkivs'ka oblast, 61000, Ukraine
+380577124737
Visit website

It is not only a symbol of Odessa but also one of the most famous sites in all of Ukraine. This unique architectural construction serves as the main entrance to the port of Odessa and has 192 steps. The staircase began to be called Potemkin after the release of the legendary film The Battleship Potemkin by Sergei Eisenstein. 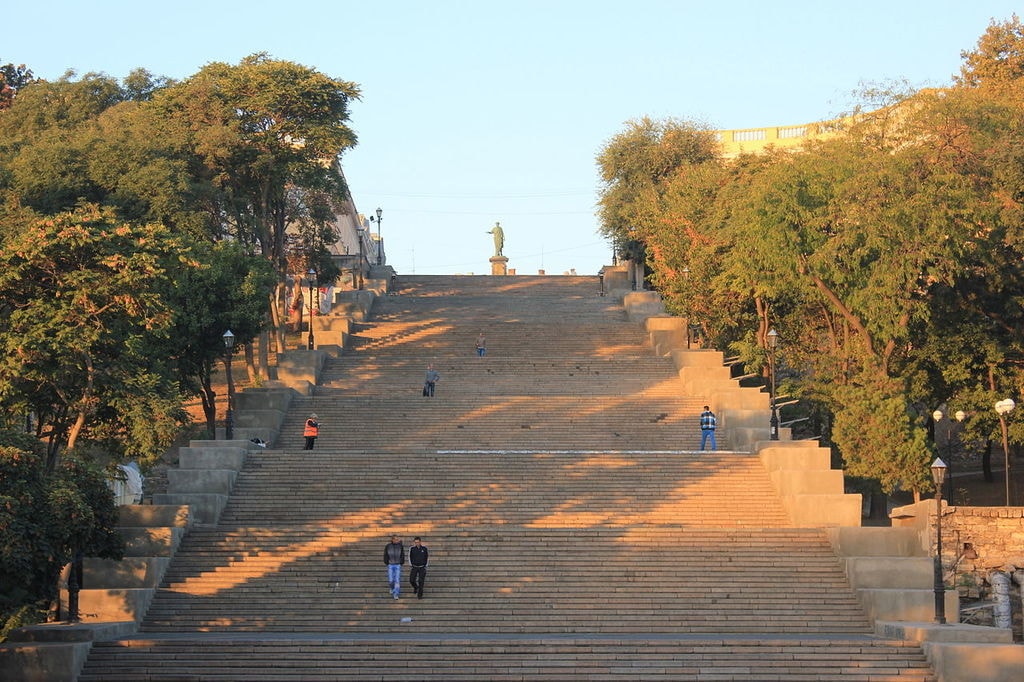 Museum
Pysanka Museum in Kolomyia | ©AMartiniouk/WikiCommons
Pysanka is a Ukrainian Easter egg. Typically a chicken or goose egg, it is painted with wax and coloured with natural or aniline dyes. The collection of eggs in Kolomyia museum includes over 6,000 pysankas, some of which were made in the 19th and 20th centuries.
More Info
Open In Google Maps
43Б Vyacheslav Chornovil Avenue, Kolomyia, Ivano-Frankivs'ka oblast, 78200, Ukraine
+380343327891
Visit website

This show was a gift to the city of Vinnytsia from the Ukrainian confectionery corporation Roshen. Every year, from April to October, a daily show takes place at the fountain: water shoots approximately 70 meters (230 feet) upwards, accompanied by music and a laser installation. This is the largest multimedia fountain in Europe. 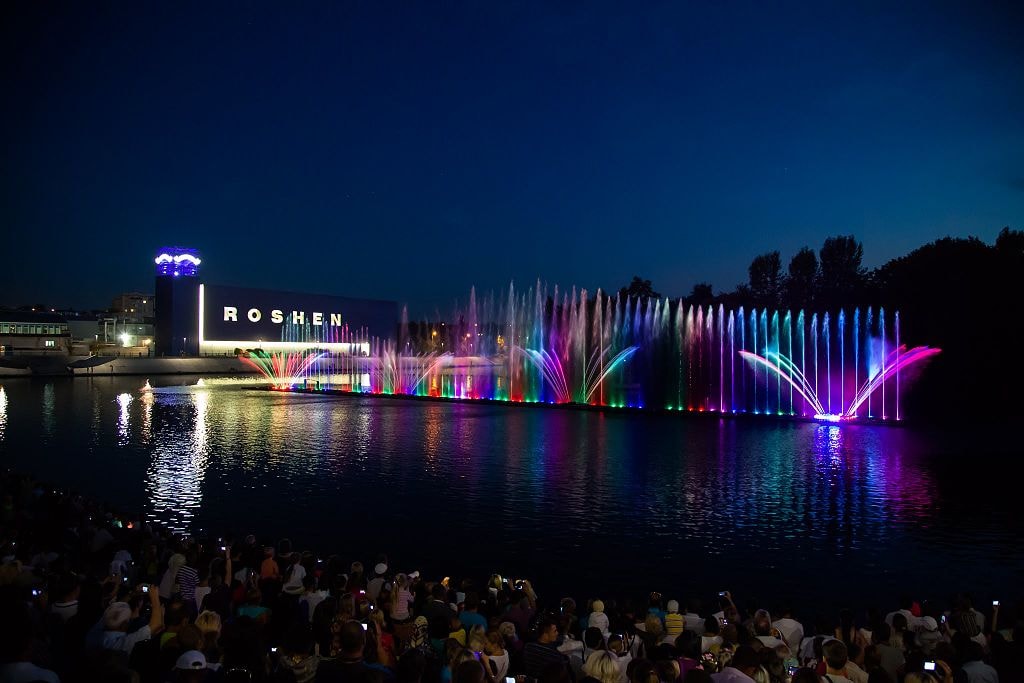 Lubart’s Castle was built in the 14th century and is one of the greatest monuments of Ukraine. An architectural masterpiece with towers, bridges and ancient cobblestones, today the castle attracts tourists all year round for a variety of festivals dedicated to history, ethnography and music. Locals are very proud of Lubart’s Castle – so much so that they printed it on the 200 UAH ($7.6) banknote. 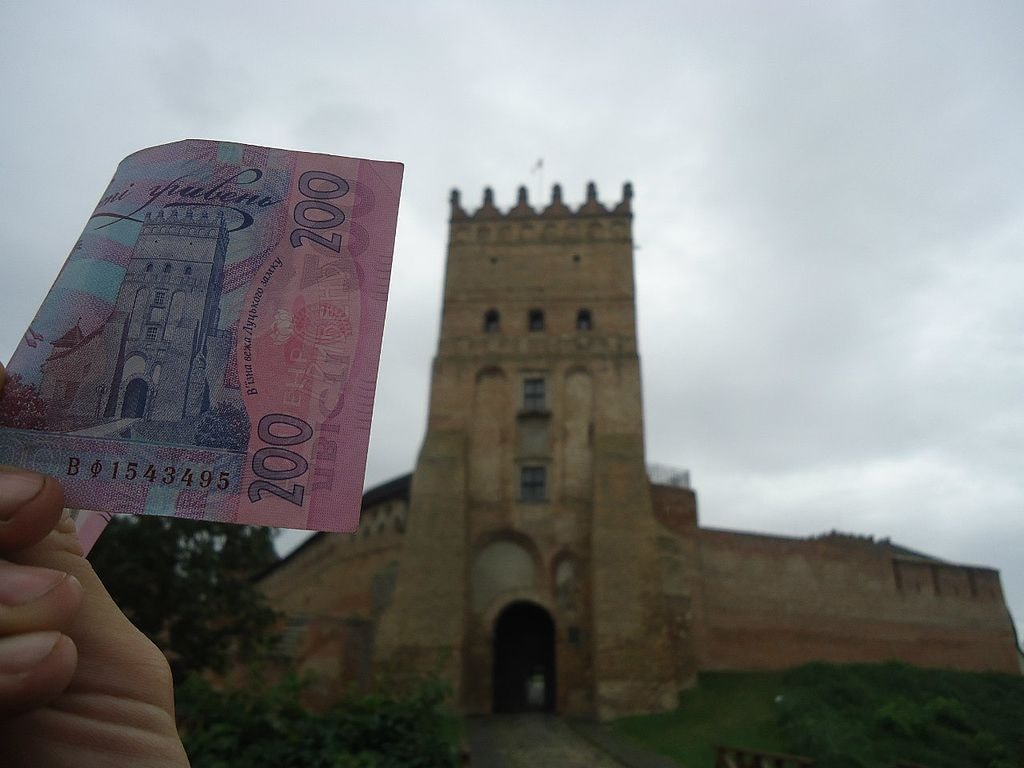 The reserve Askania-Nova is located in the south of Ukraine. It includes a zoo, a steppe and a dendrological park. The reserve is under the protection of UNESCO. In addition to its native steppe species of wild fauna, many rare animals from Europe, Asia, Africa, Australia and America have been brought to the Askania-Nova reserve. 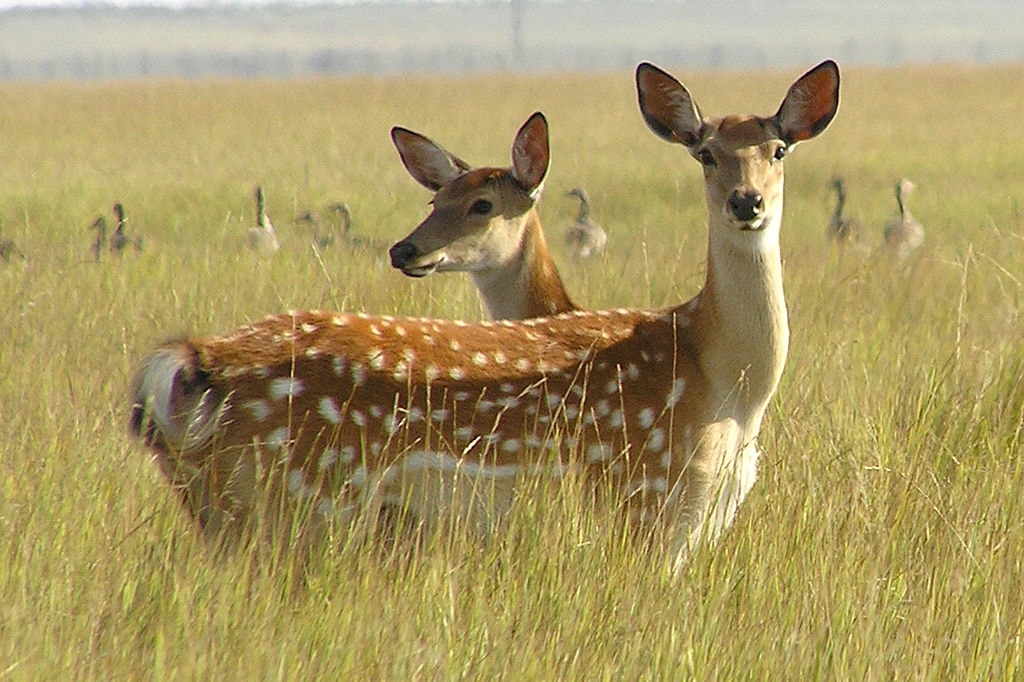 The Drahobrat ski resort is a gem of the Ukrainian Carpathians and, with plenty of wild slopes, is a favourite among free-riders. With peaks heights ranging from roughly 1,300–1,800 meters (4,265–5,906 feet), Drahobrat is one of the highest mountainous resorts in the whole of Ukraine. 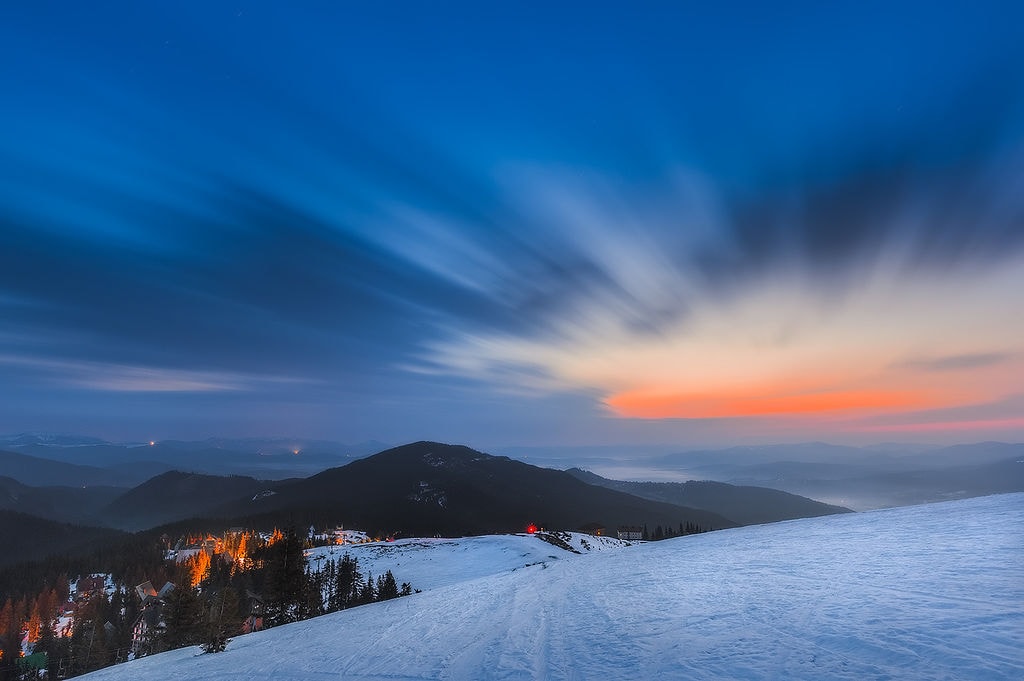 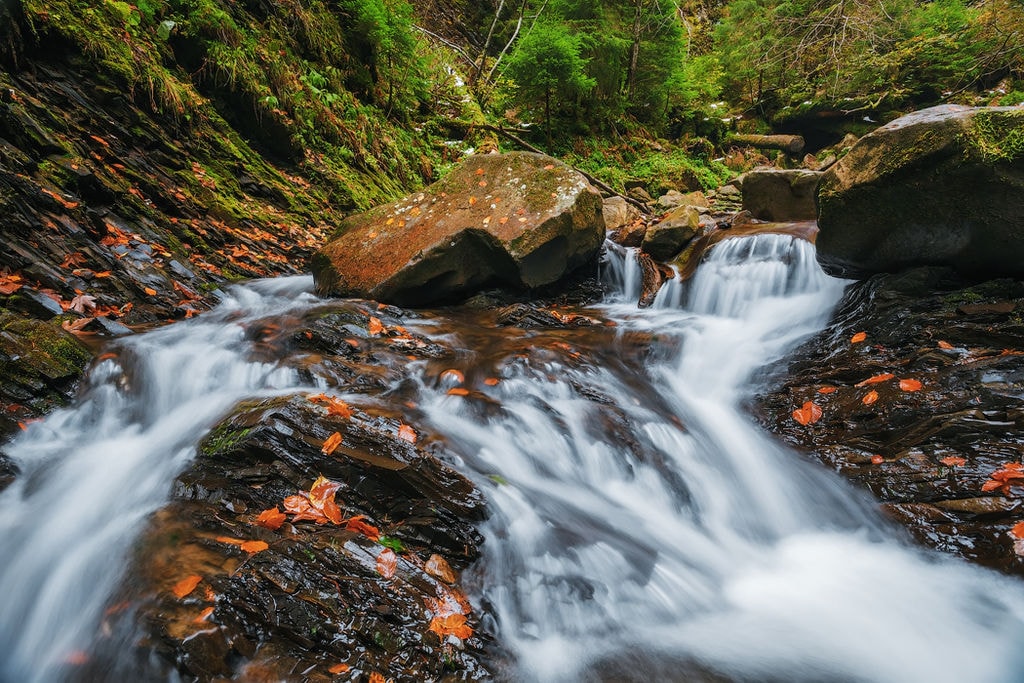 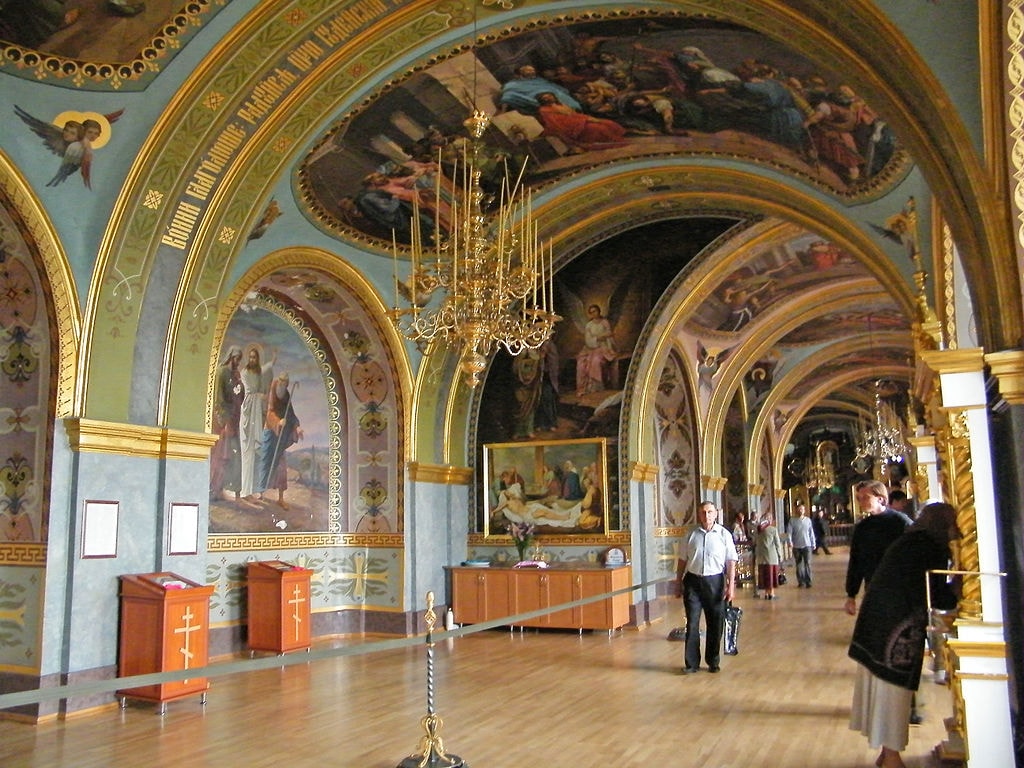 The Pidhirtsi Castle appears to date back to the 12th century. Most of the interior was damaged or destroyed during the 20th century, but the park, which it is especially beautiful in autumn, remained the same. There’s also an ancient Roman Catholic Church located roughly 300 meters (984 feet) from the castle. 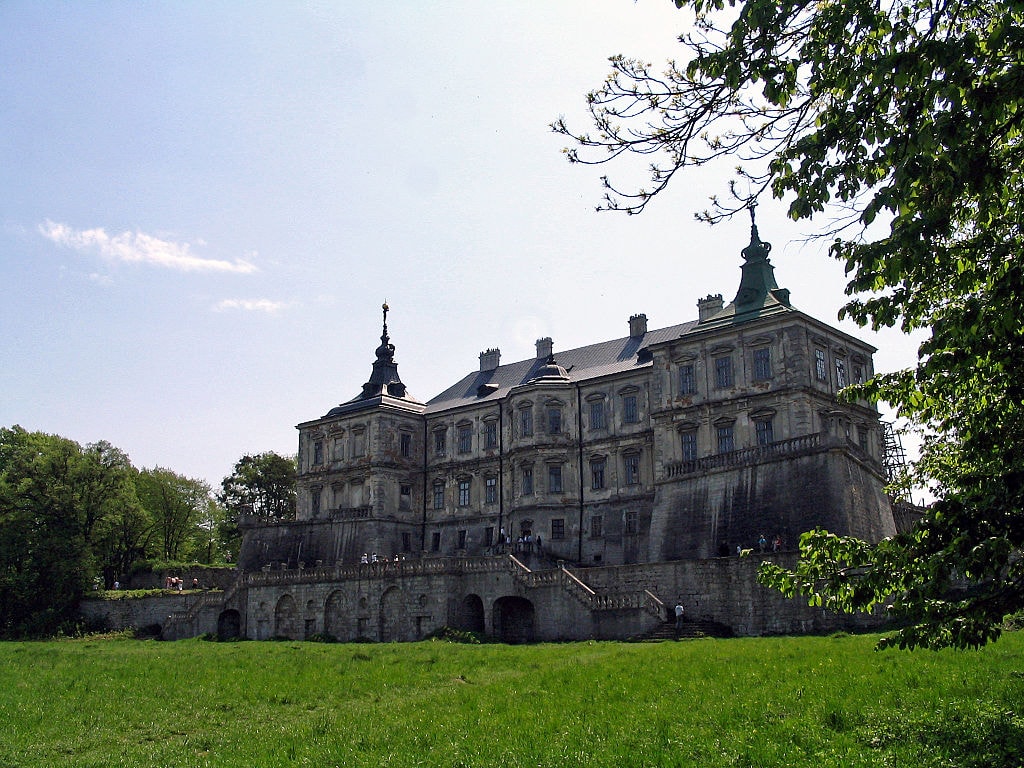 Park
Bug Guard National Park | © Stanislav Salamanov/WikiCommons
Bug Guard National Park, with its beautiful canyons, islands and banks of the Southern Bug River, is a must-visit in Ukraine. Special attention should be paid to the Myhiya area, which is compared to Switzerland for similar landscapes and nature. This place is also popular among rafting enthusiasts.
More Info
Open In Google Maps
85 Vulytsya Pervomaysʹka, Myhiya, Mykolaivs'ka oblast, 55223, Ukraine
+380516161370
Visit website

Located in the ancient city of Lviv, High Castle Park sits 413 meters (1354 feet) above sea level, meaning you can enjoy stunning views of the surrounding landscape. And while you’re there check out the remains of High Castle, which dates back to around 1250.

View from the High Castle ©RolandSD/Pixabay

The Carpathians are located in the west of Ukraine on the border with Romania, Hungary, Slovakia and Poland. Tourists come here not only for winter holidays, but also for the treatment of diseases and general health of the body at any time of the year. Meanwhile, the local mountain peaks are covered with snow for 5 months a year, making skiing possible in practically any region of the mountains. 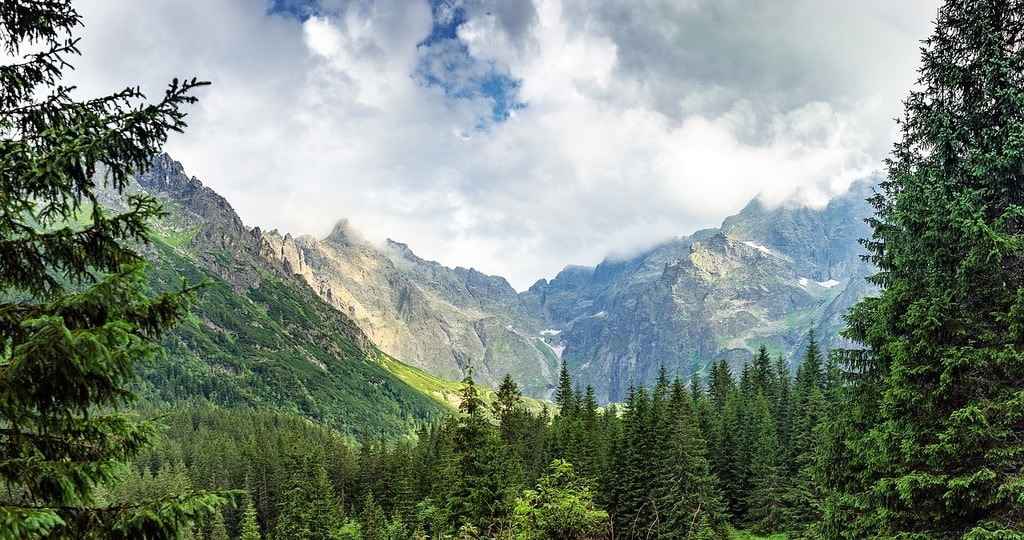 The dendrological park of Alexandria is located in the town of Bila Tserkva in the Kiev region. There are 25 reservoirs and more than 2,500 species of plants from South America, China, Japan and other corners of the world. It is a great place to spend time with family. 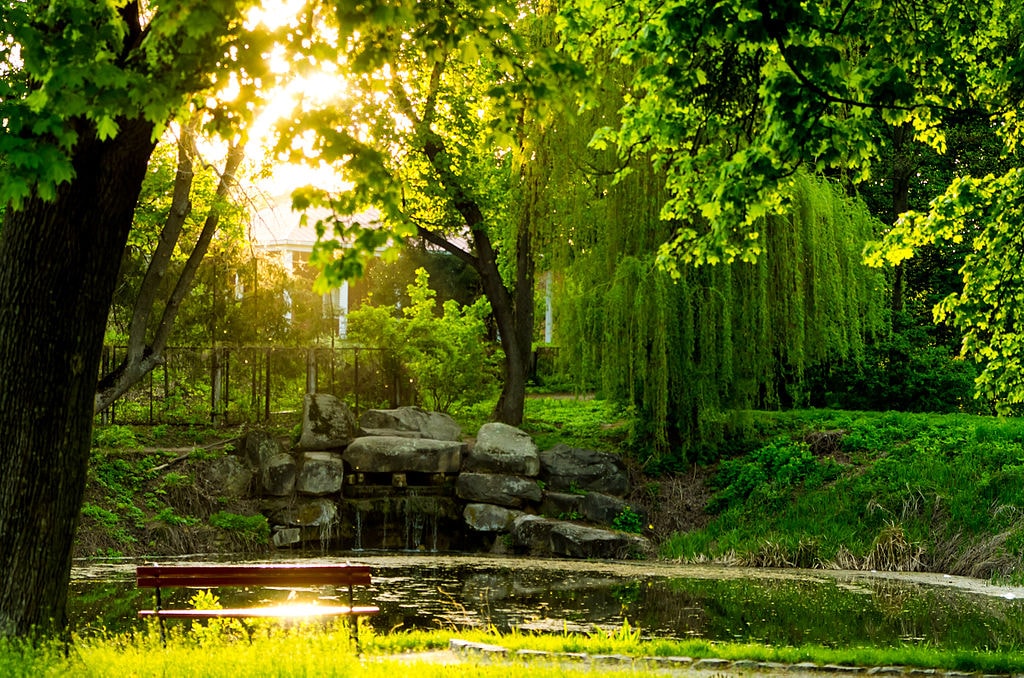 The city in which one of the world’s most catastrophic nuclear energy accidents took place in 1986. Tourists are not allowed into the exclusion zone on their own, as special equipment is required, but there are a lot of organized tours available. 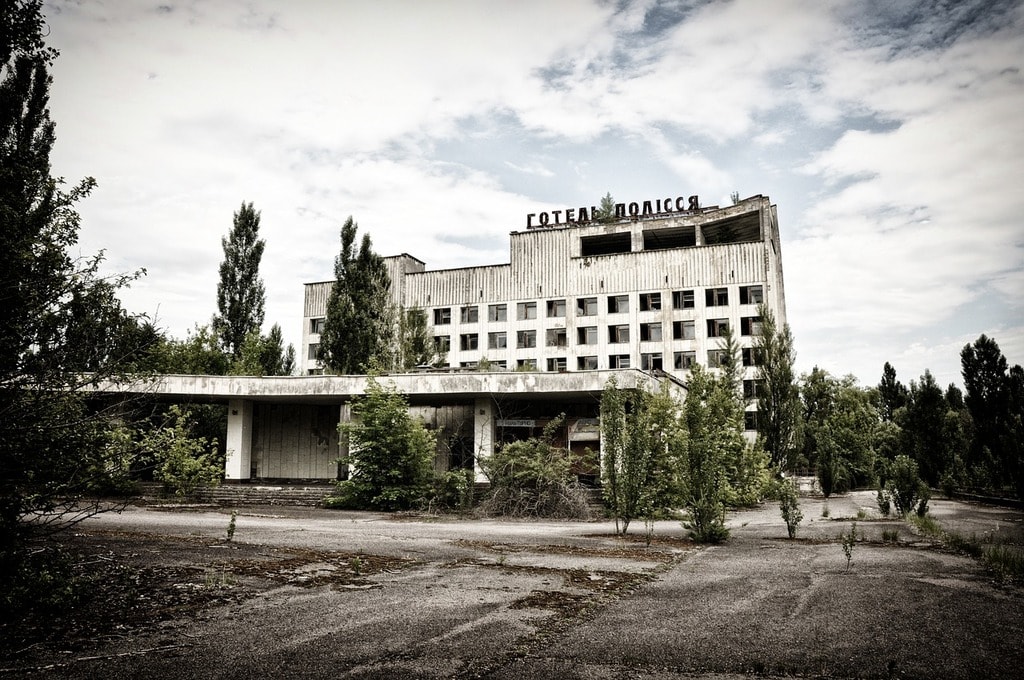 Historical Landmark
Khotyn Fortress, Ukraine | © Dmytro Bartosh / Alamy Stock Photo
Khotyn Fortress is an excellent example of medieval defence architecture and one of Ukraine’s most important monuments. Due to its strategic location on key transport routes, Khotyn has been a target for many conquerors over the last few centuries. Now it towers beautifully over the Dniester River and amazes tourists with its bastions and gates.
More Info
Open In Google Maps
Khotyn, Chernivtsi Oblast, Ukraine
+380373122932
Visit website

The Kremenchuk Reservoir is the largest on the Dnipro River, with three rivers flowing into it. The reservoir was created in 1959 when its dam blocked the Dnipro River. It took a year to fill it with water. The reservoir is nicknamed ‘the artificial sea’ as its vast size (2,250 square kilometres in total) means that the opposite side of the bank is hidden beyond the horizon. 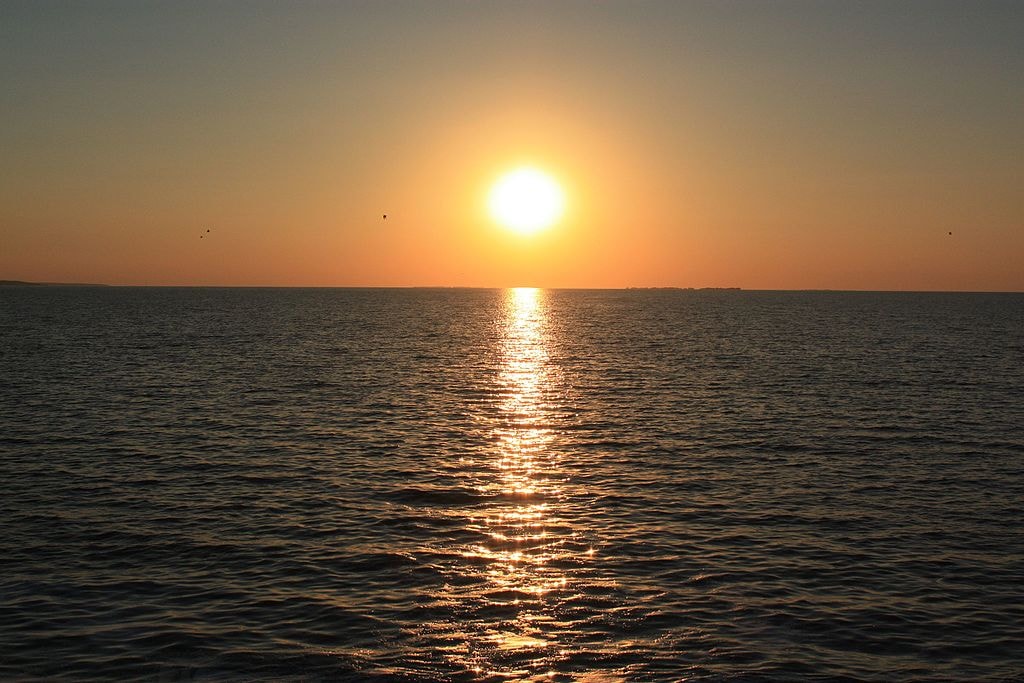 Visit Uzhhorod in late April and you will find the streets covered with cherry blossom. Decorative Japanese blossoms were brought to Uzhhorod in 1923 from Vienna, and now they grow throughout the city. It is a spectacular phenomenon worth seeing at least once. 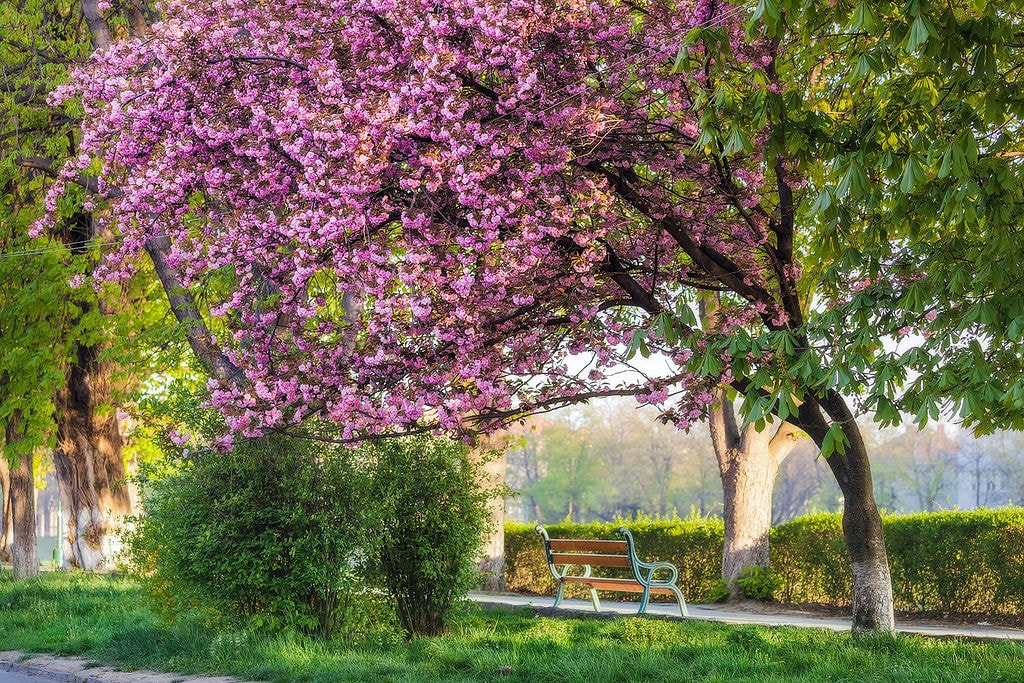