The Top 10 Things to See and Do in Ukraine

Ukrainian landscape | © Vladimir Kud / Flickr
Ukraine is a young and developing country with an ancient and rich history. The bewitching landscapes, fairytale castles, and mouthwatering recipes are sure to exceed your expectations. To discover the true spirit of its culture, traditions, and natural beauty, a top ten list of the country’s best experiences is a good place to start. One also cannot fail to mention the hospitality of locals, who will make you feel like Ukraine is your second home.

Marvel at the mosaics of Saint Sophia's Cathedral

Cathedral
St. Sophia's Cathedral | © thisisbossi / Flickr
Book Now
The cathedral is one of the gems of architecture in the world and the National Sanctuary, containing a complex of museums and monuments of the ancient empire of Kievan Rus. It is one of the most recognizable symbols of Kiev. The interior of the cathedral has 177 different palette shades, as it has preserved a large ensemble of authentic mosaics and frescoes of the first half of the 11th century, made by Byzantine artists. The bell tower has a viewing platform with a beautiful view over Kiev.
More Info
Open In Google Maps
24 Volodymyrska Street, Shevchenkivs'kyi district Kyiv, 1001, Ukraine
+380442782620
View menu
Visit website
Visit Facebook page
Send an Email
Give us feedback

Ride the trolley over the river in Kiev

For the curious and brave travelers, a 532-meter-long (1745 feet) trolley has stretched out from the right to the left bank of the Dnieper River. It takes 40 seconds to fly from the city bustle to the sunny beach on the Trukhaniv Island, which is located opposite the picturesque Podol area. A beautiful place to watch the sunset and see the lights of the Arch of Diversity switch on. For adrenaline junkies, an unforgettable experience with a great view over Kiev is guaranteed. 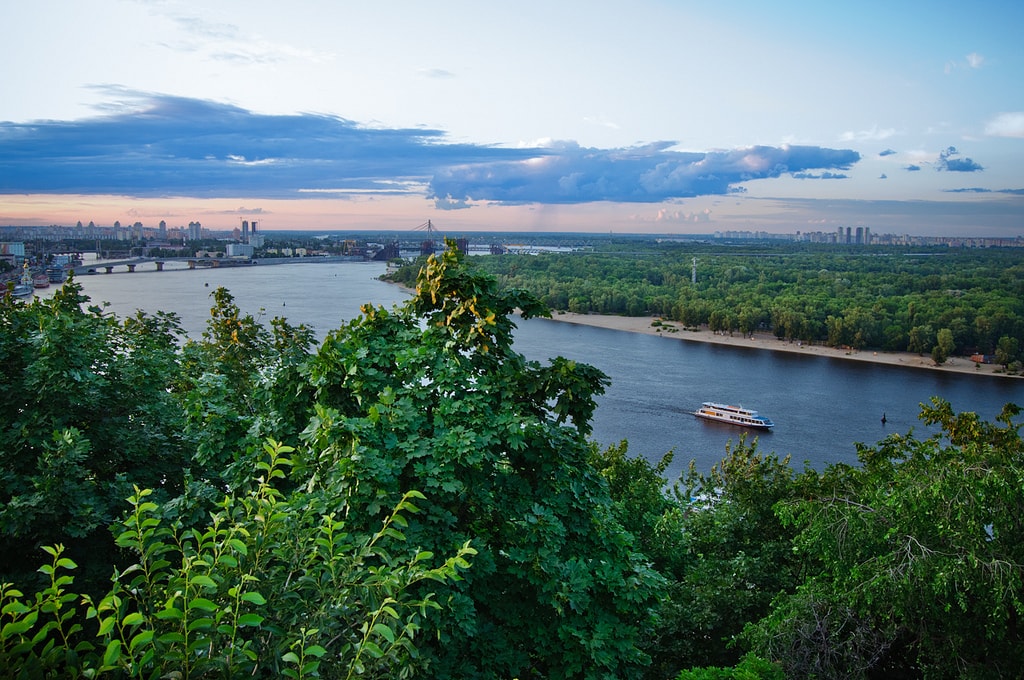 Ukrainian cuisine has two main dishes, which symbolize the hospitality of the people: borscht and salo. The surprising mix of such soup ingredients as beets, cabbage, potatoes, tomatoes, and meat create a rich and unique taste. Meanwhile, salo is made only of pork and served with bread or vodka. The restaurant Tsarske Selo is an ideal place to try signature borscht with prunes and pork ribs, and, of course, salo. The venue is located near Kiev’s Pechersk Lavra Monastery. It has never been so easy to combine a satisfying dinner with a long walk. 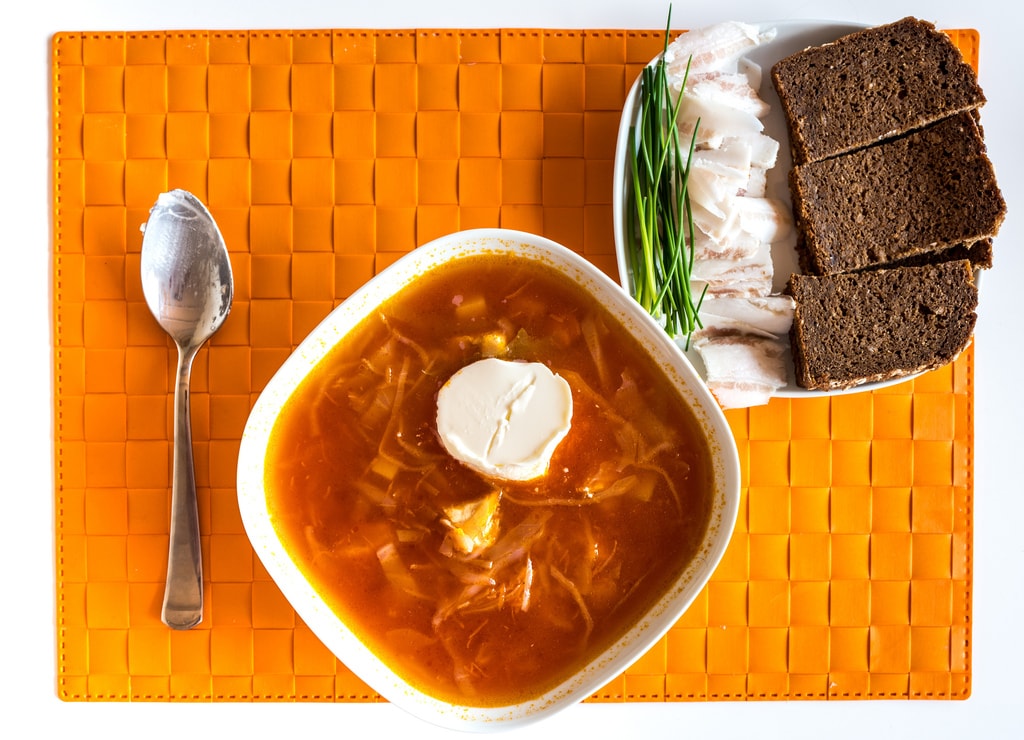 The history of the medieval fortification started in the 12th century. Before it became an open-air museum, the city was a defensive construction with 175 buildings inside. In the ranking of important architectural monuments, Kamianets-Podilskyi takes the third place in Ukraine, after Kiev and Lviv. It is a perfect place to feel like a medieval warrior, take part in an archery tournament, or climb to the top of the fortress. Additionally, the castle is surrounded by green landscape and constitutes of the perfect scenery for the Hot Air Balloon Festival. 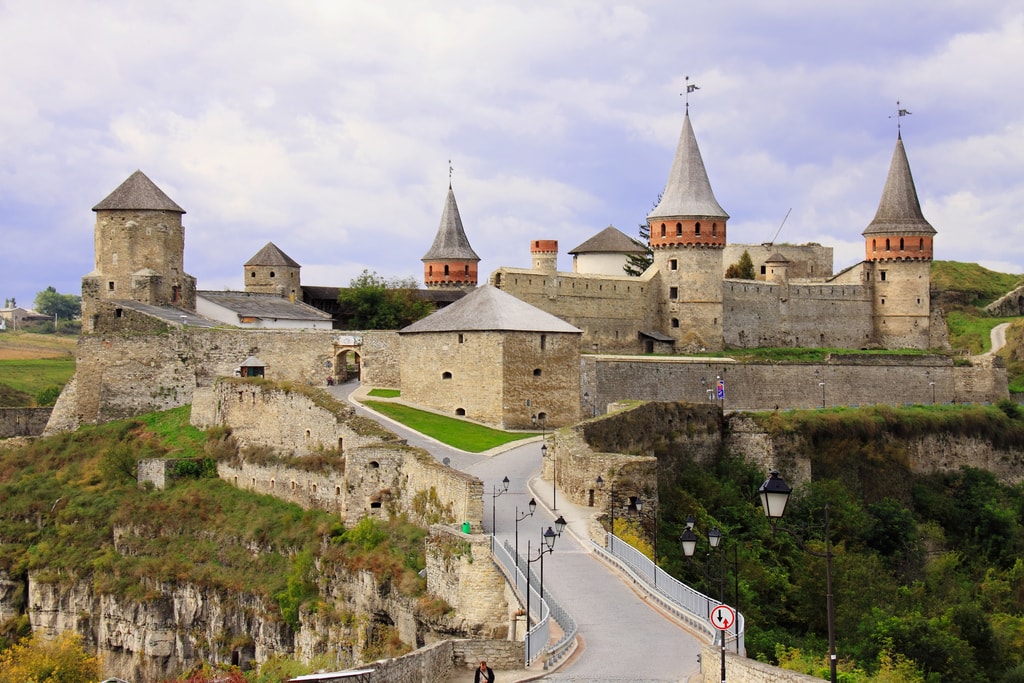 Do not miss an opportunity to get in one of the most likable Instagram shoots. As Ukraine is a large exporter of sunflowers, there are enough fields spread throughout the country to cover the entire territory of Slovenia. Whether on the way to the southeast or northwest regions of Ukraine, the endless sunflower fields can be seen everywhere. The only important thing to know is that the sunflower bloom season is in July.

Park
Sofiyivka Botanical Park | © dmytrok/Flickr
Being devoted to trees, the park looks beautiful in every season of the year. It was presented by the Count Pototskiy as a gift to his beloved wife, Zofia Potocka, for whom the park is named. Sofiyivka contains everything from picturesque rocks and murmuring waterfalls to wonderful statues and monuments. Whichever side you enter the park, it is equally beautiful. Trying to escape from industrial noise, there is no better place to begin the journey.
More Info
Open In Google Maps
12а Kyivs'ka Street, Uman', Cherkas'ka oblast, 20300, Ukraine
+380474436319
View menu
Visit website
Visit Facebook page
Send an Email
Give us feedback

Walk through the Tunnel of Love

A green tunnel in the tiny village of Klevan is considered to be the most romantic place in Ukraine. It appeared randomly through the perfect interweaving of tree branches and bushes over the railway in western Ukraine. Couples in love come from all over Ukraine to kiss under the tunnel and make a wish. According to the belief, such a ritual will strengthen the relationship and bring happiness. 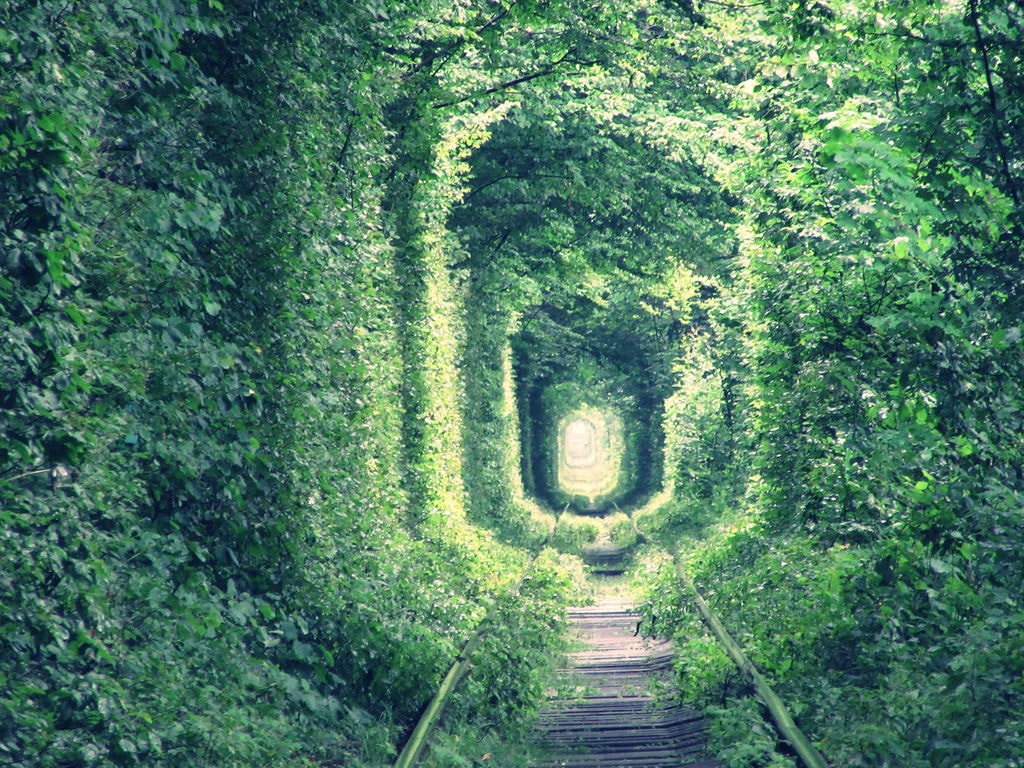 The Tunnel of Love | © amanderson2/Flickr

Party, swim, and catch a film in Odessa

Locals call the port city Odessa-mama and come there at least several times a year to swim in the Black sea, drop into the bars, or party hard at the countless beach clubs. But Odessa also has a beautiful historical center that is included into the UNESCO World Heritage Site Tentative List. Every summer, the city turns into the cultural capital and holds an International Film Festival with a number of workshops, premieres, and the longest red carpet in the world. 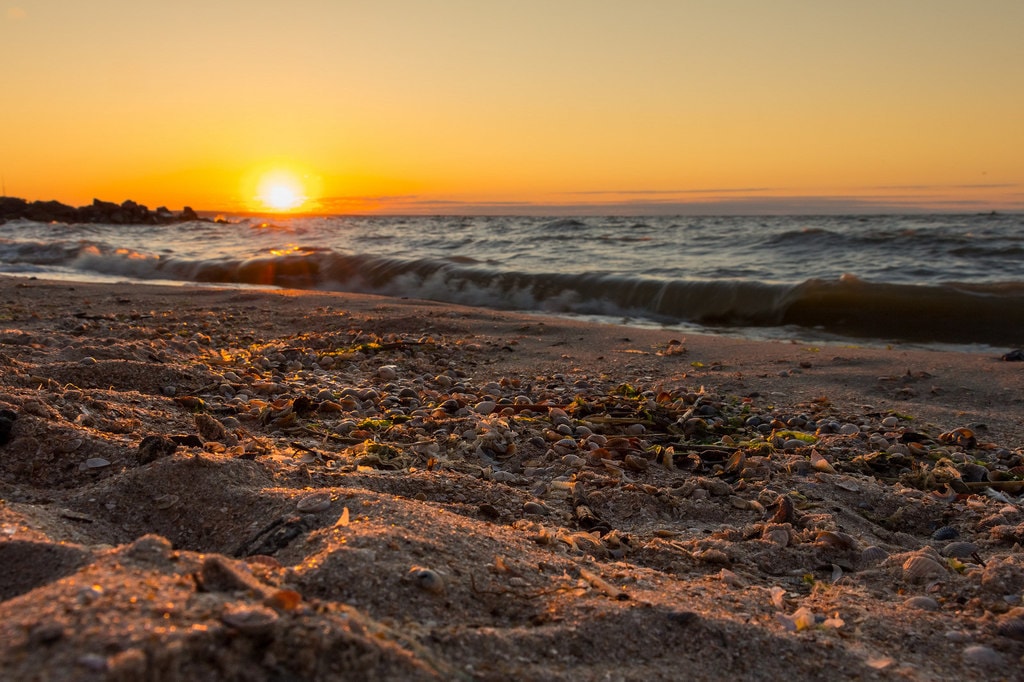 Meander through the cobbled streets of Lviv

For many centuries, Lviv belonged to Poland and the Austro-Hungarian Empire. Having an architectural influence from Western Europe, the city is full of surprises. The narrow streets are soaked in traditional cuisine and the smell of coffee, as three centuries ago a Lvivite named Yuriy Kulchytsky was the first to bring coffee to Vienna and open a coffeehouse. No one will remain indifferent after discovering the true spirit of the Ukrainian people, not to mention Lviv’s most unusual museums and incredibly beautiful cathedrals. 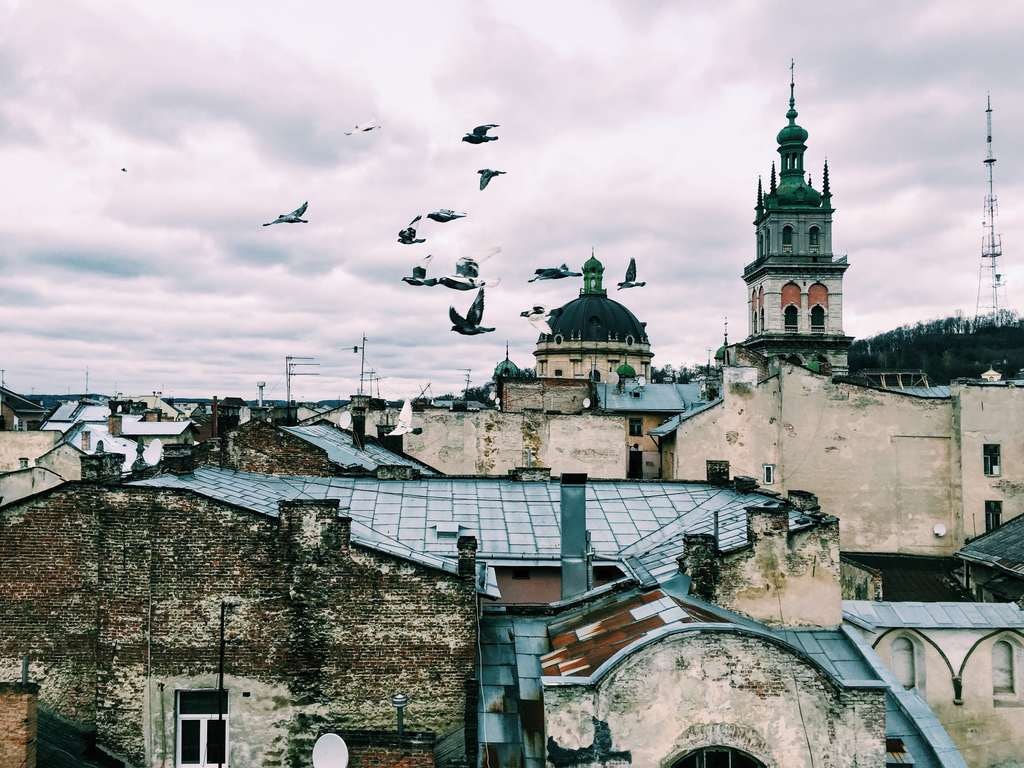 The view on Lviv | Courtesy of Maria Sibirtseva

The Carpathian Mountains are a must-visit destination for every tourist. The clean air causes mild dizziness; the mountain landscapes take your breath away and compel you to enjoy the moment. At 2,061 meters (6761.8 feet), Mount Hoverla is the highest point in Ukraine and the most popular place to go on a camping trip. Its flora and fauna are identical in nature to the Alps. Special attention should be paid to Synevyr Lake, the sea eye of the Carpathian Mountains. It was formed as a result of an earthquake and is a mysterious attraction of the National Park. 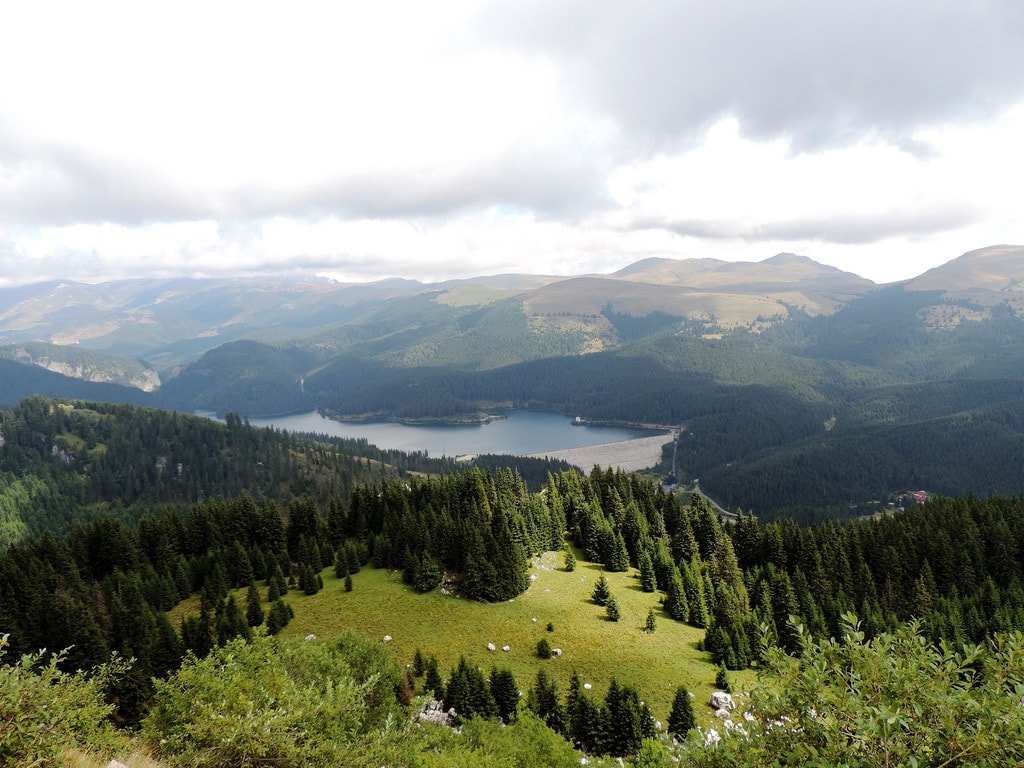