The Most Beautiful Cathedrals in Ukraine 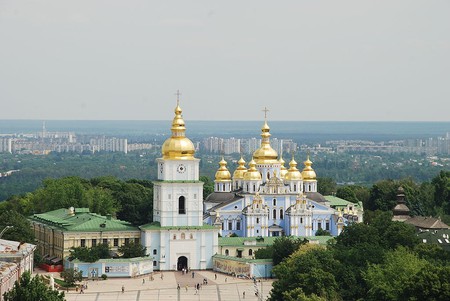 The cathedrals of Ukraine are not only places of pilgrimage, but also ancient architectural monuments, which enchant tourists with their majesty. Check out our list of the nine most beautiful temples in the country, and remember that each of them has its own unique history and sumptuous architecture.

There’s a general rule for tourists travelling to the capital of Ukraine: Kiev Pechersk Lavra is a must-see sight. This huge monastery complex is located in the heart of the city. The main temple of Lavra is Uspenski Cathedral, which sits on the banks of the Dnieper River. It was built in 1073 by one of the founders of the complex – the monk Anthony of Kiev. It is a great template of the ancient temples in Ukraine and a truly exquisite masterpiece. 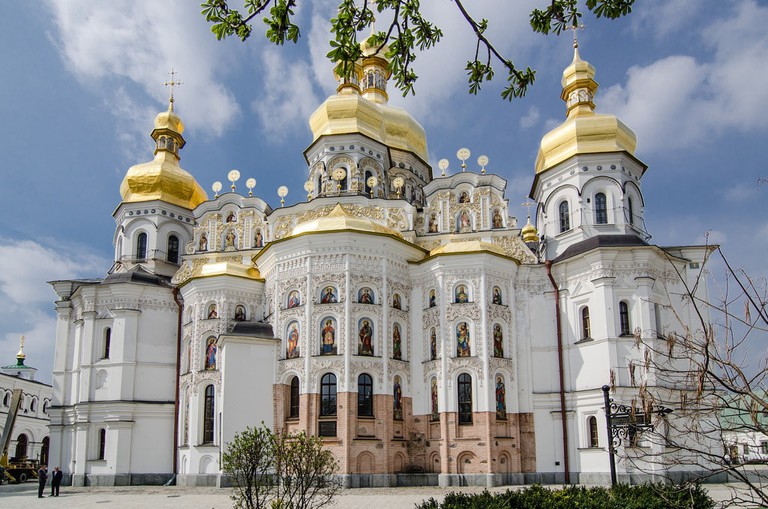 St. Sophia’s Cathedral is a symbol of Kiev and a precious gem of the Sophia of Kiev National Sanctuary. The majestic temple in Byzantine style was constructed in the 11th century. St. Sophia’s Cathedral is an incredibly beautiful museum and temple complex, which annually welcomes thousands of tourists. It consists of the bell tower, the Metropolitan’s House, theological seminary and the cathedral. The interior also deserves attention, as it has preserved a large number of ancient frescoes and mosaics, made by the best Byzantine masters. 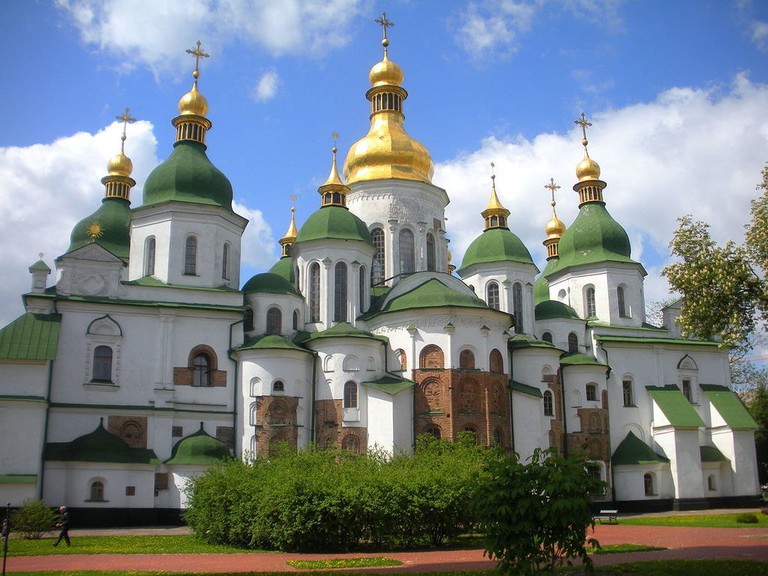 Pochayiv Lavra is not just a regular cathedral – it is the biggest Orthodox shrine of Volhynia (region of Ukraine). The revered spiritual centre of Ukraine consists of 16 churches, the residence of the archbishop and monastic cells. Being located on the rocky hill, it offers a fascinating scenery to the visitors. Inside the cathedral, there is a sacred water source, which is covered with an iron case. Water flows down in droplets into vessels, which are usually given to worshipers.

St. Nicholas Cathedral is one of the most Instagrammable places in Kiev and one of the most beautiful buildings, made in the best traditions of the Gothic style. The construction of the church lasted exactly 10 years from 1899 to 1909. Nowadays, it regularly holds chamber and organ music concerts, as it has good acoustics. The exterior of this architectural heritage of Kiev has two high pointed spires and is covered with subtle mouldings. 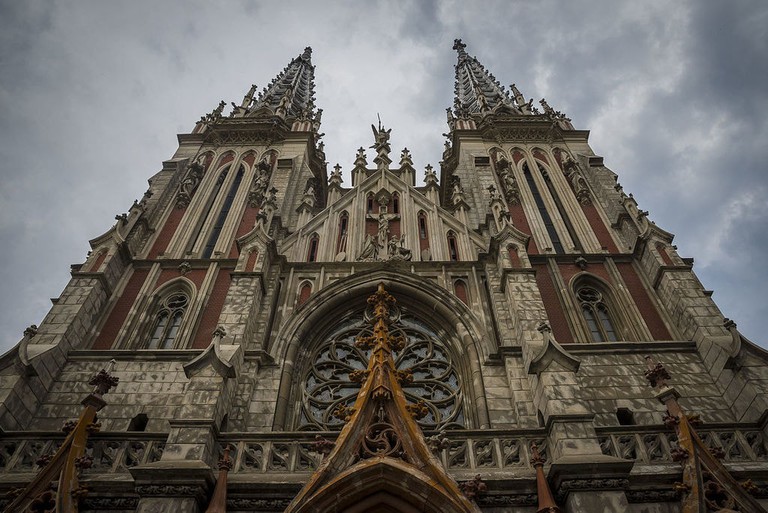 Lviv’s St. George’s Cathedral is a magnificent Rococo style architectural ensemble of the 18th century. It stands on the high hill above the city and perfectly matches with the urban landscape. The main façade of the building is adorned with amazing sculptures by the famous artist Johann Georg Pinsel, while the author of the project was German architect Bernard Meretyn. An interesting fact is that the chapel of monument hides the oldest bell in Ukraine, which was created in 1341. 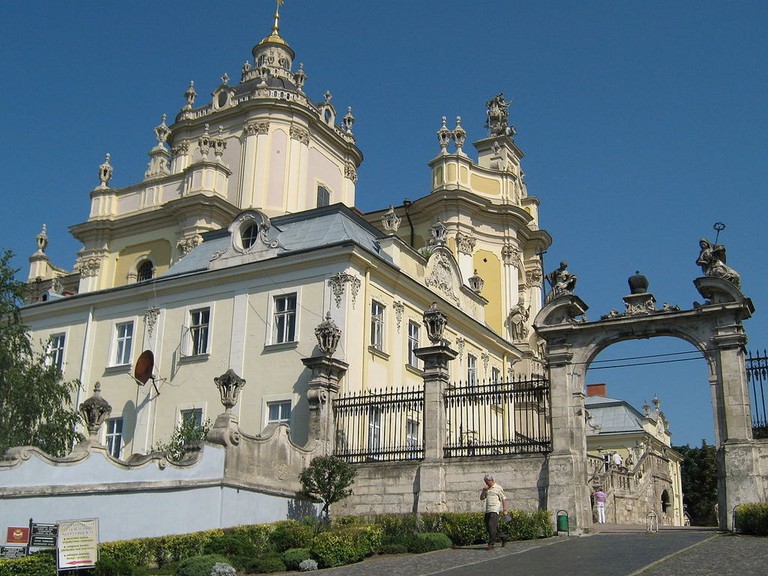 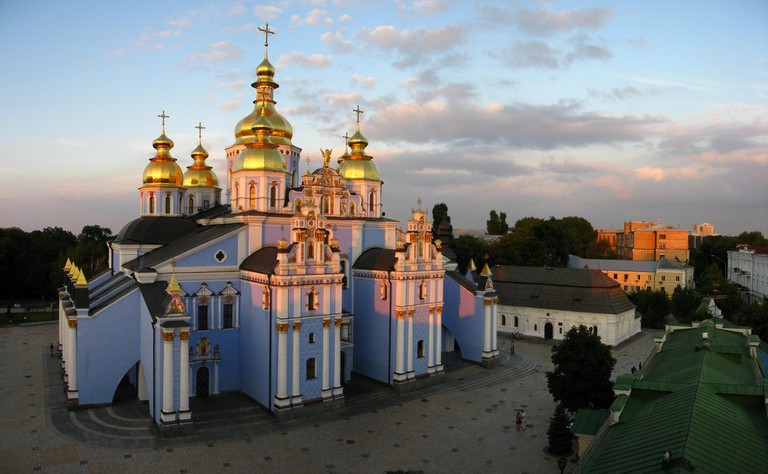 St Michael's Monastery | ©thisisbossi/Flickr
Book Now
This ancient temple was built in the 11th century. It is called St. Michael’s Golden-Domed Monastery, because it was the first church in Kievan Rus, the domes which were gilded. Despite the fact that the temple was rebuilt and plundered many times, it still surprises with its majesty and beauty. In the bell tower, there is a museum of the history of the monastery, where many ancient things that belong to the complex since its inception are collected.
Open In Google Maps
8 Triokhsviatytelska Street, Shevchenkivs'kyi district Kyiv, 1601, Ukraine
+380442288720
Visit Website
Give us feedback 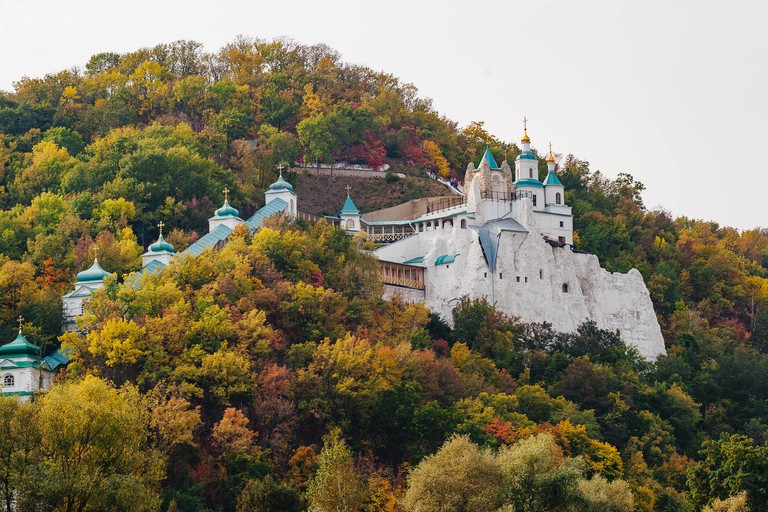 Svyatogorsk, Ukraine | © Vitalii Kliuiev / Alamy Stock Photo
The place on which the cathedral stands was formerly called the Holy Mountains. Sviatohirsk Lavra was built in the 15th century, although people say that its shape and height were formed entirely by natural means from chalk. The temple is located along the Seversky Donets river, surrounded by a dense coniferous-deciduous forest. The view, that opens from it is really magical. Under the building, there are monks’ caves, where tourists can visit on an excursion three times a day.
Open In Google Maps
3 Zarichna Street, Svyatohirs'k, Donets'ka oblast, 84131, Ukraine
+380626253024
Visit Website
Give us feedback

Annunciation Cathedral is the most beautiful temple in Kharkiv – one of the largest cities in Ukraine and its former capital. The history of the cathedral dates back to the 17th century when it was not a monumental cathedral, but a small wooden church. In its current form, it was rebuilt only in 1789. The temple impresses with its solemnity, rich in interior decoration. The walls of the Annunciation Cathedral are painted by great Russian and Ukrainian artists. This temple is a favourite attraction for tourists not without good reason. 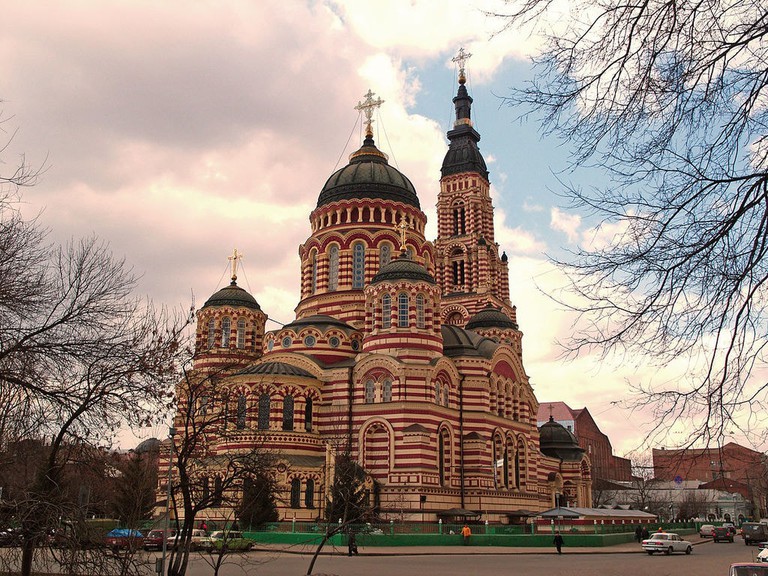 The leading temple of the Ukrainian Orthodox Church, St. Volodymyr’s Cathedral was built in 1882. The cathedral is an excellent representation of the Russian Neo-Byzantine architecture since the best architects and artists of the Russian Empire worked on its creation and decoration. St. Volodymyr’s Cathedral in Kiev has seven domes and reaches 49 meters (160 feet) in height. But the main value of the cathedral is its unique paintings, due to which it received the status of a cultural heritage. 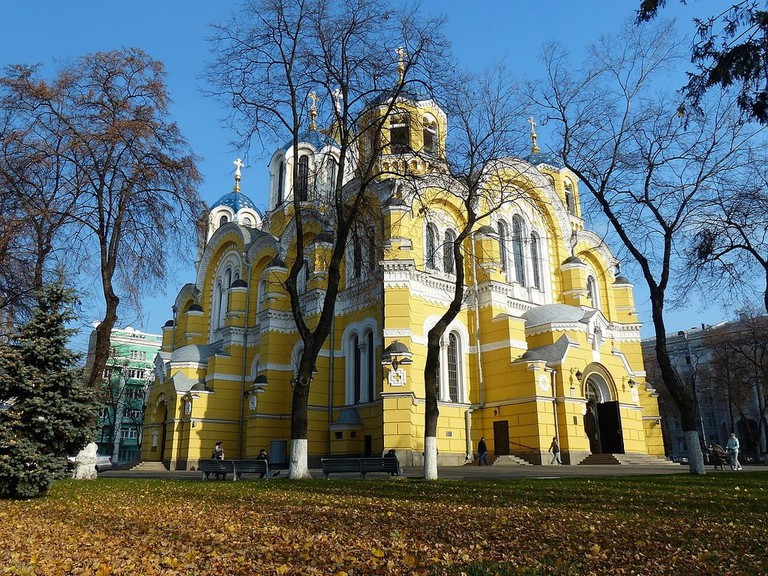