The 10 Best Things to See and Do in Odessa, Ukraine

The 10 Best Things to See and Do in Odessa, Ukraine

Odessa|©Alex Levitsky & Dmitry Shamatazhi/WikiCommons
A Black Sea port city, Odessa is known for its beaches and 19th-century architecture. Today, it has a thoroughly contemporary energy that complements the historic grandeur. Why come to Odessa? To visit its unusual museums in the morning, to have a relaxing rest by the sea during the daytime, and to experience the wildest party in your entire life in the Ukrainian Ibiza at night.

Listen to classical music at the Odessa Opera House

Locals appreciate the culture of going out and consider a visit to such a venue to be an important cultural event. Ukrainians are more than familiar with Russian musicians like Tchaikovsky and Stravinsky, so Ukraine is the perfect place to get acquainted with their masterpieces for an extremely affordable price, starting from 50 UAH (US$2). A magical atmosphere reigns inside and outside the theatre. The 19th-century building of the Odessa National Opera and Ballet Theatre is influenced by French and Italian Baroque styles. 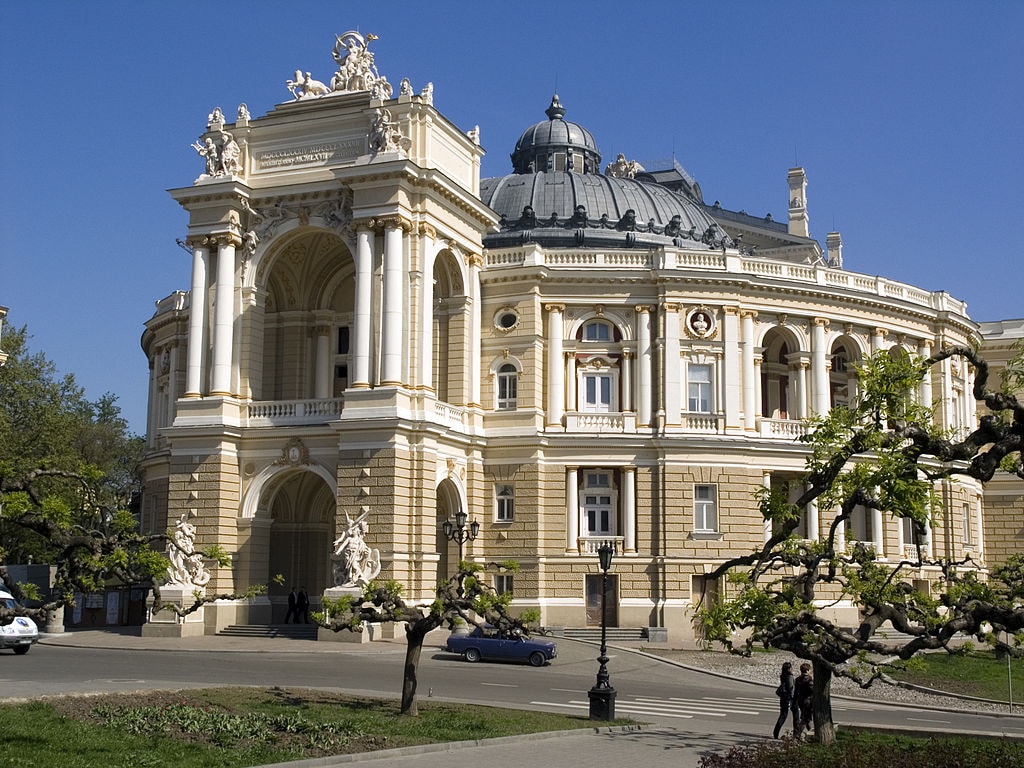 Get down to the Odessa Catacombs

Underneath Odessa lies a huge network of tunnels known as the Odessa Catacombs. They are a big part of the city’s history, having been a refuge for Soviet Partisans during World War II and later smugglers. Nowadays, there is a small museum on the Partisan movement, the Museum of Partisan Glory, and you can explore the tunnels on organized tours into the undergrounds of Odessa. It is easy to get lost there, so do not attempt to visit these tunnels on your own or with an unregistered guide. 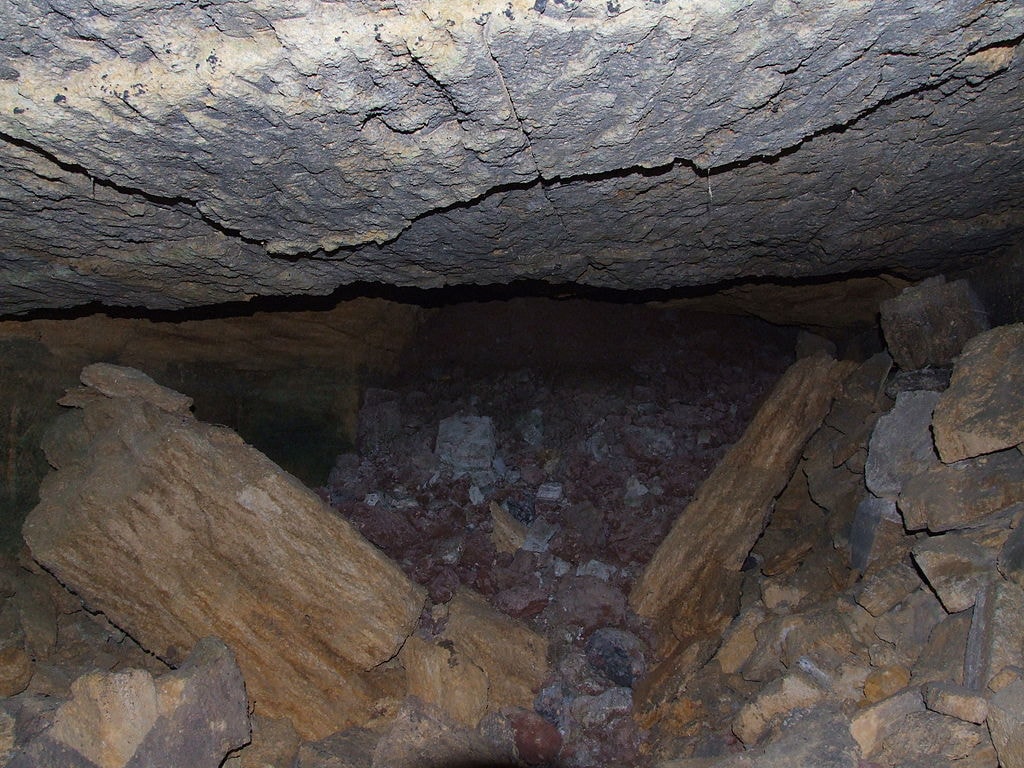 Explore the cafés along Derybasivska Street

Derybasivska Street is a pedestrian street in the city centre of Odessa. A busy thoroughfare, surrounded by ancient landmarks and shops, numerous bars, restaurants, and cafés. You can go there in the morning for a cup of coffee and tasty breakfast or brunch; at midday, cafés and restaurants serve business lunches, while in the evening, Derybasivska is a perfect place for fine dining or just to take a walk and get a real feel for the city’s vibe. 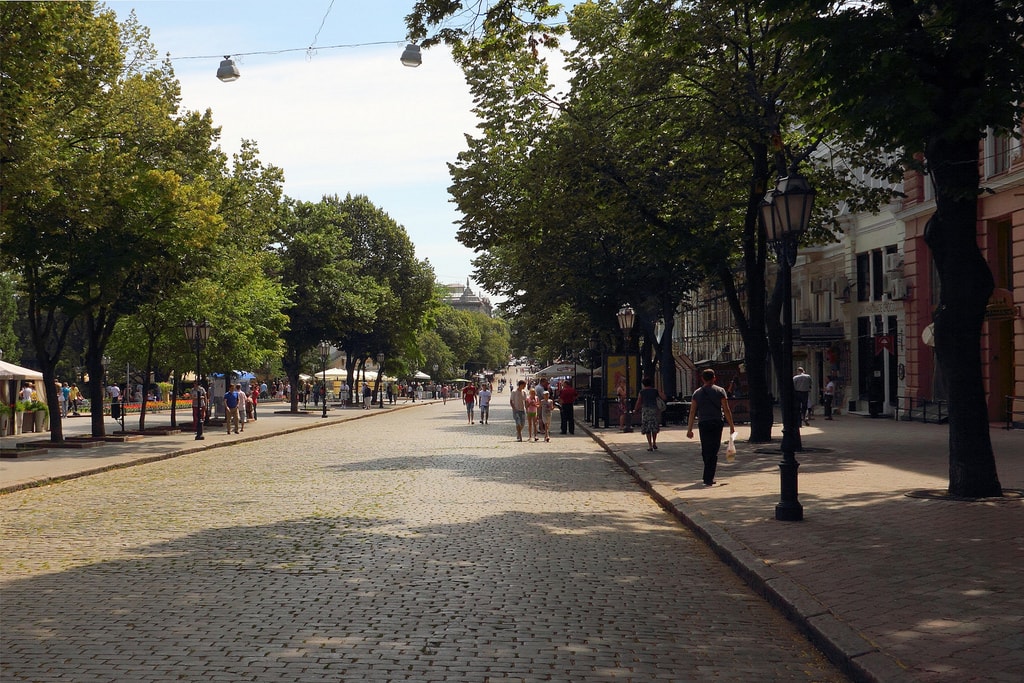 Walk by the harbour

Odessa has a major seaport that is the biggest in Ukraine and one of the most important on the Black Sea. Take a walk along the harbour, and you’ll get a sense of its importance to the vitality of the city; watch the hustle and bustle of ships, sailors and passers-by and head to the end of the pier. The end of this structure offers a great view of the sea, something that is especially impressive at sunrise or sunset.

Odessa has always been a city of art and culture, so it’s no wonder that it was an inspiration to many groundbreaking artists of the 20th century. The Museum of Modern Art is well worth a visit for visitors looking to know more about this history, and the gallery has a particular emphasis on Eastern European art in its collections.

Run up the Potemkin Stairs

Cinema buffs will remember this iconic landmark from Eisenstein’s Battleship Potemkin. Built in the 19th century to give the city direct access to the harbour, these immense stairs are now the most famous symbol of Odessa. Fortunately, the staircase’s length is only an optical illusion: from the bottom, it looks as if they were endless. In fact, there are only 192 steps with ten equal spans. 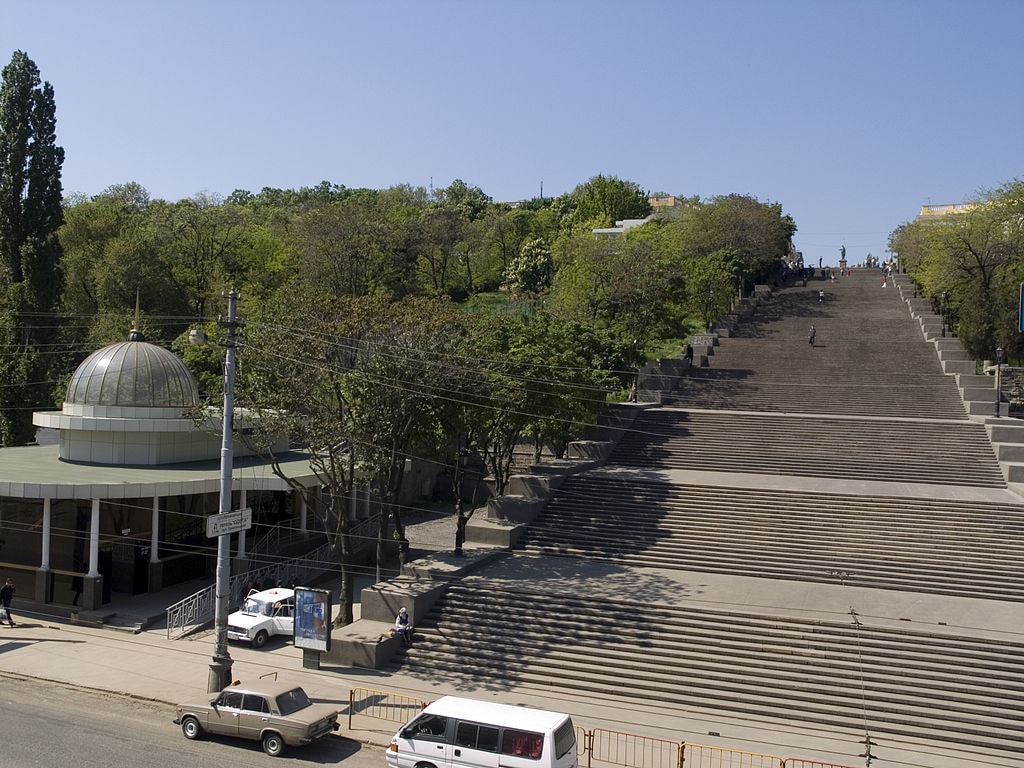 Arcadia, a historical district about half an hour away from the city centre, is affectionately nicknamed ‘the Ibiza of Ukraine’. Like the most popular nightclubs in Ibiza, the Arcadia district holds the wildest parties in Odessa and concerts of world-famous stars. During the daytime, Arcadia is full of families going to the seaside, but at night it transforms into a party hotspot, with clubs, bars, and people dancing the night away, especially in the summer.

Odessa is a coastal city. Therefore, it has many beaches, even in the centre, and all of them are very crowded in the summer. The closest to the heart of the city is Lanzheron beach. It has turned into a popular beach because it is easily accessible. Moreover, you can rent an umbrella and a sunbed there. Between sunbathing and swimming in the sea, you can pop in one of the many restaurants and bars. The main attraction in the area is the Nemo Dolphinarium. 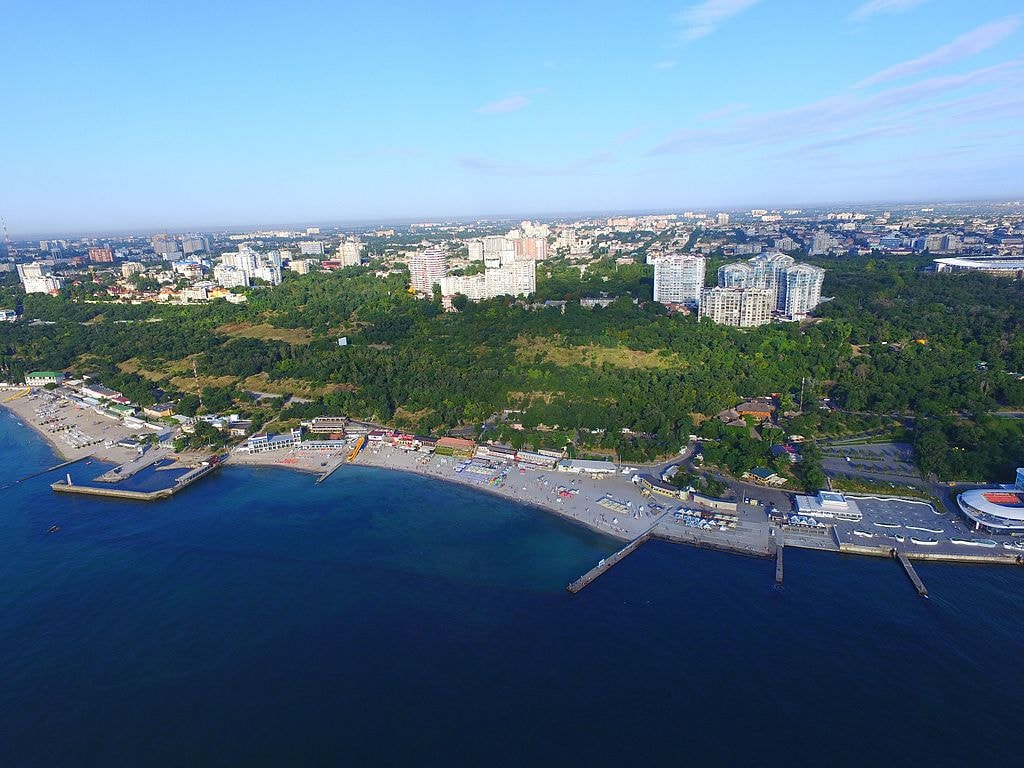 Learn about illegal trade in Odessa

With a wide network of tunnels underneath it, Odessa was historically a haven for smugglers. To commemorate this secret history, you can visit The Museum of Smuggling to learn how illegal trade once thrived in Odessa. Now on the exhibition has around 150 items of confiscated goods and illustrations of the ways of their illegal importation. In particular, you can see porcelain sets with drugs inside, a car door stuffed with cigarette packs and a mock-up of an underground passage, dug under the state border near Uzhgorod (the border city in Western Ukraine).

Be delighted by the Vorontsov Palace

Vorontsov Palace is an architectural jewel of Odessa. The palace was built in 1827 in a mixture of different architectural styles, but at the same time gives the impression of lightness and elegance. The palace was built on the site of a Turkish fortress and later was the residence of the Russian statesman and military leader, the Governor-General of Mikhail Vorontsov. Nowadays, it is an art centre and a hub for the youth cultural events. 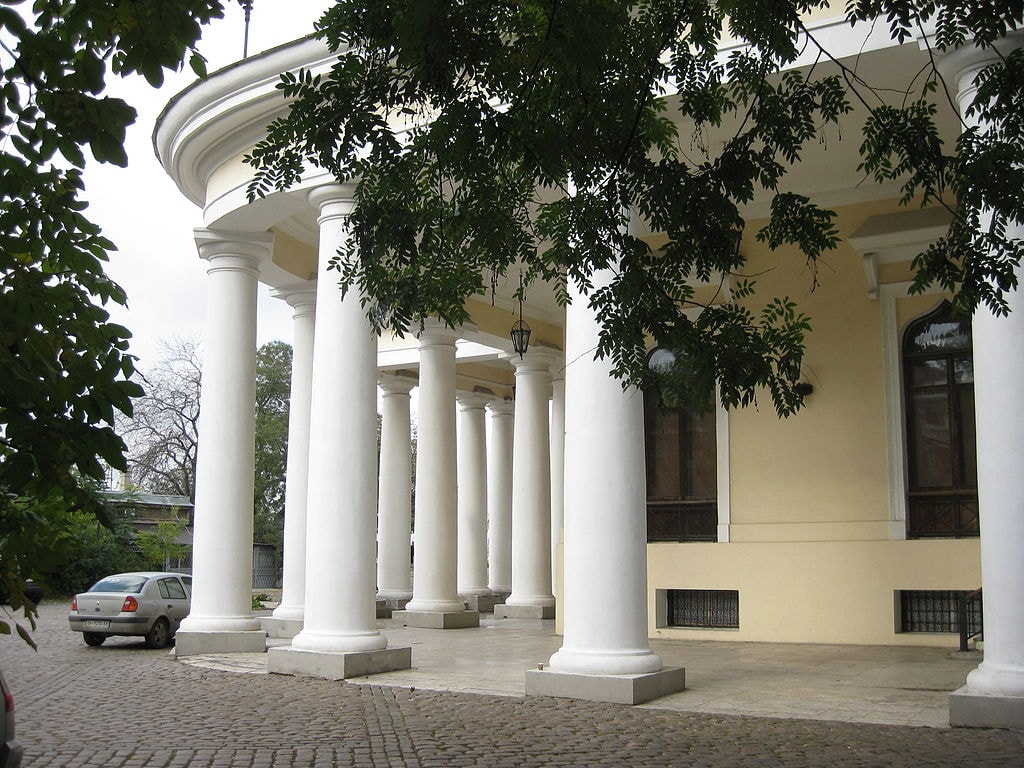