An Art Lover’s Guide to Soviet Architecture in Kharkov 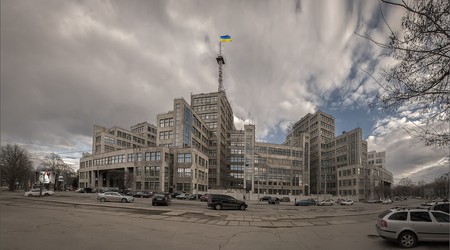 The main period of Kharkov’s construction falls on the 20th century. There are obvious features of modernism and constructivism, as well as of Stalinist empire architecture style. The former capital of Ukraine has the scape of the large industrial city, Kharkov is today. 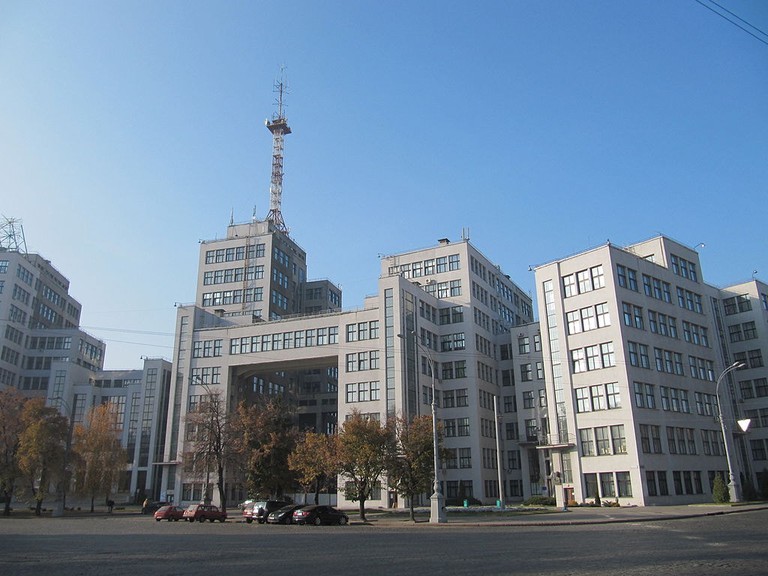 The Derzhprom building | The Derzhprom building
The Derzhprom was built in 1925–1928 when the government of the USSR considered the appointment of Kharkov as the capital of Ukraine. The building is the bright representative of constructivism style, characterized by strict geometric and laconic forms. The best advice for tourists is to come and see the institution during sunrise. Its facade faces east, and every morning the rising sun is reflected in the windows. Also, the Derzhprom is translated from Ukrainian as a State Industry Building or the Palace of Industry.
Open In Google Maps
5/1 Svobody Square, Shevchenkivs'kyi District Kharkov, 61000, Ukraine
Give us feedback 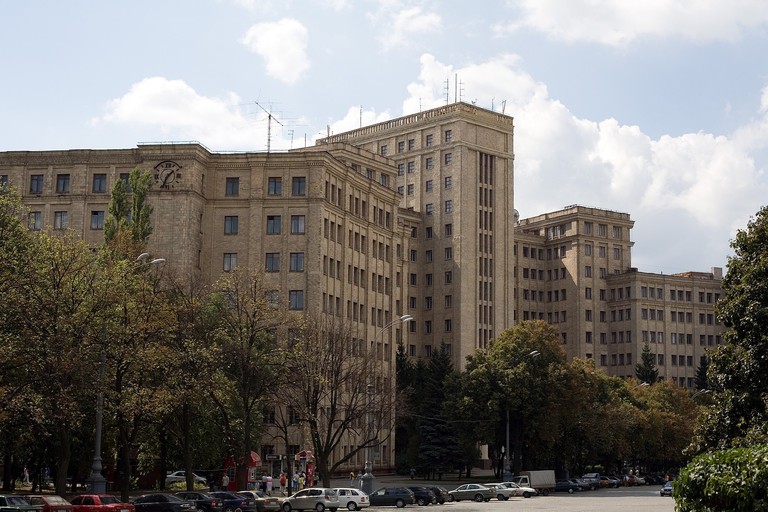 Howev Vasyl Karazin Kharkov National University was founded in 1805, the modern building of the establishment was built in 1930–1932. It is another architectural monument in the style of Constructivism, which stands nearby the Derzhprom on the Svobody Square. Until 1954, it was one of the tallest buildings not only in Kharkov but in Ukraine, towering up to 66 meters (216 feet). Interestingly, the damage to the building during the Second World War was followed by its reconstruction and changed to the Stalinist empire style. 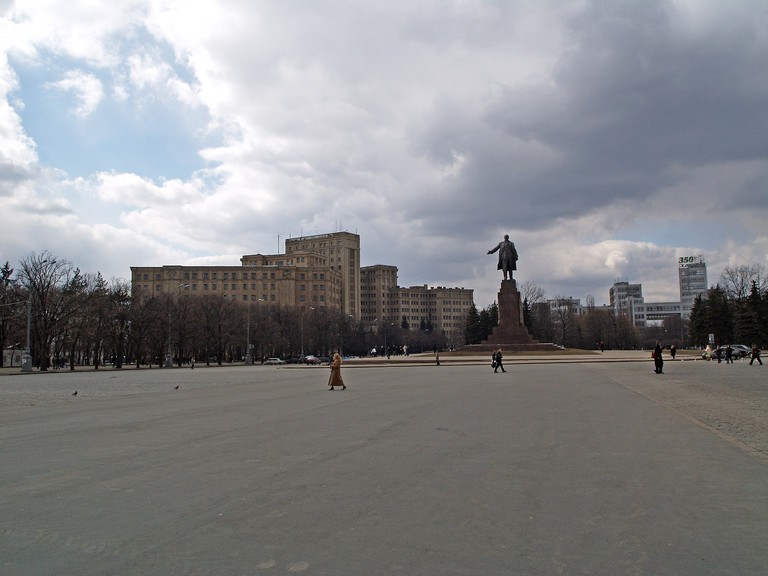 The history of Kharkov’s Svobody Square traces back to the first half of the 20th century and the times of the Derzhprom construction. To correspond to the title of a capital, three adjacent quarters of the city centre were cobbled, thus forming one of the largest squares in Europe and the whole world. Nowadays, it a major destination for tourists, willing to discover the peculiarities of Soviet architecture (scale and geometricity) and to marvel the historical attractions of Kharkov. 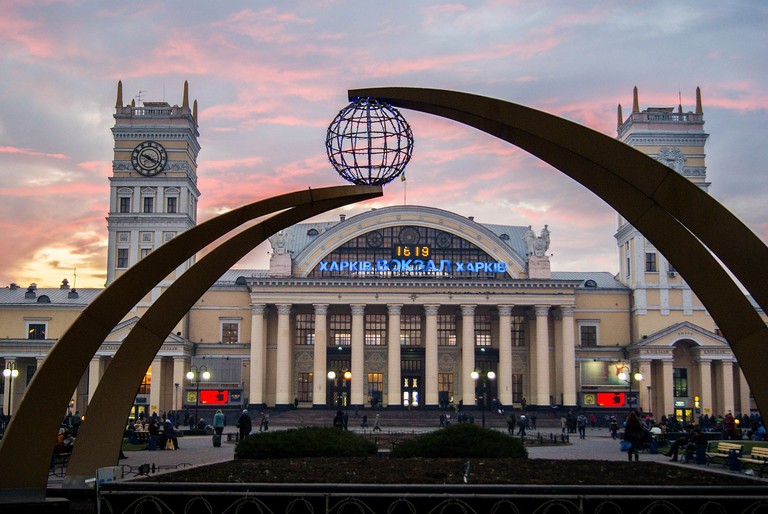 The place we today refer to as Kharkov Railway Station is actually the third incarnation; it opened in 1952. The previous stations were destroyed during WWII. It has the features of the Stalinist empire style, combining elements of Classicism, Baroque and Art Deco. The Station Square or Pryvoksal’na Ploscha and its monuments are also worth attention. 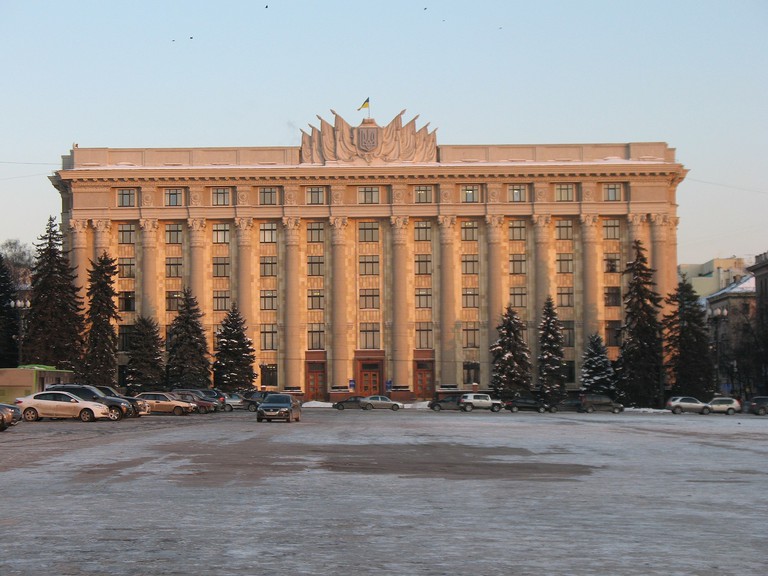 The 6-storey building of Kharkov Regional State Administration is yet another gem of Soviet architecture. Constructed in 1954 for the regional committee of the Communist Party of Ukraine, it surprises tourists with a splendid façade and monumental columns. However, it perfectly fits into the extraordinary ensemble of the central Sumska Street, which harmoniously hosts the numerous historical sights of the city and 21-century murals.

House With a Spire 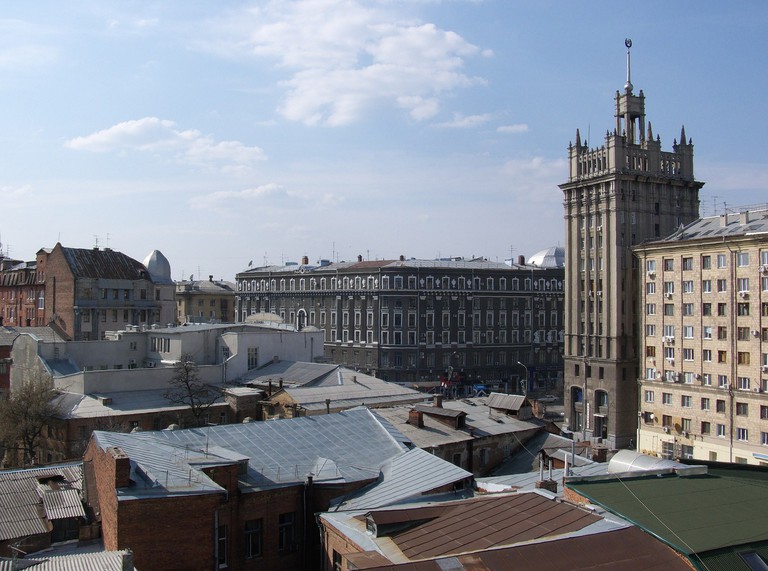 In the very heart of Kharkov, one can gaze at the incredible Soviet construction of the House With a Spire. It is an ordinary dwelling house that was built at the beginning of the 1950s in the style of the Stalinist empire. The house was included in the list of Kharkov’s Seven Wonders, including Svobody Square, the Mirror Stream fountain, the Derzhprom and other sights. Also, the story in Serhiy Zhadan’s (one of the best contemporary Ukrainian writers) novel Depeche Mode takes place in this house. 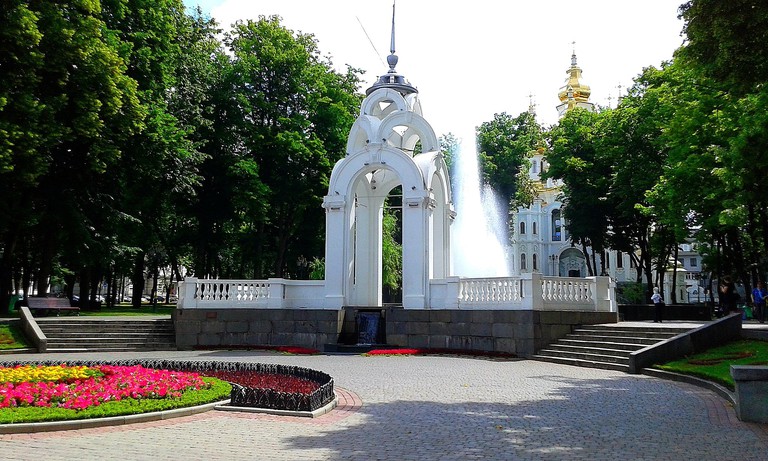 Mirror Stream Fountain | Mirror Stream Fountain
The Mirror Stream fountain is considered to be the main symbol of the city. It is located in the historical area of Kharkov. There are many legends about the creation, but according to most popular one, the decision to construct a square with a fountain was taken by the authorities after Khrushchev (Soviet statesmen from 1953 to 1964) did not like the view from the window of the regional committee building. Thus, the famous Mirror Stream appeared.
Open In Google Maps
28/2 Sumska Street, Kyivs'kyi district Kharkov, 61000, Ukraine
Give us feedback