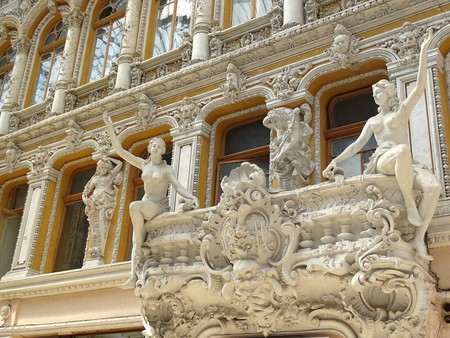 The incredible architecture of Odessa has no equal. The port city can be compared to an open-air museum, where each house, gallery or restaurant is a unique art piece. Local food venues perfectly fit the chic atmosphere of the city and make Odessa a one-of-a-kind holiday destination.

Odessa Archeological Museum is one of the oldest museums on the territory of Ukraine. Its history started in 1825, bearing the name of City Museum of Antiquities. Current exposition occupies 10 rooms and features monuments of history and culture of the Northern Black Sea Coast, Ancient Greece and Rome, as well as a collection of Egyptian antiquities. The highlight of the museum is a Gold Pantry with an exposition of genuine products of precious metals. 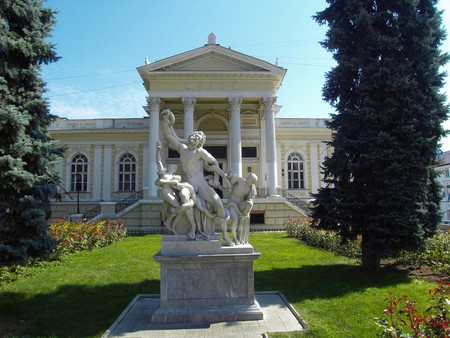 In the very city centre of Odessa, one can drop in the Odessa Art Museum for a regular dose of art. The paintings, sculpture and other art are represented in a historical and chronological order. There are also remarkable creations of icon creators of the 16th, 17th and 18th centuries. In addition, one of the 26 halls is devoted to the Ukrainian decorative and applied art.

Insider Tip: Under the building of the Odessa Art Museum, there is an underground grotto which can be visited only in the accompaniment of a guide. 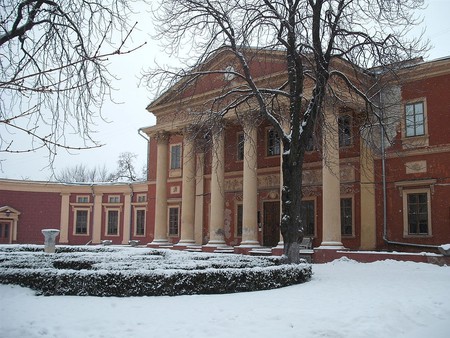 Museum of Western and Eastern Art

The exhibition of the Museum of Western and Eastern Art was mostly assembled from the numerous private collections. Thus, you can discover the works of domestic and foreign masters of painting, graphics, decorative art and photography. However, not only is the exhibition worth paying attention to, but the the building itself is an architectural monument, built from 1856-1858. 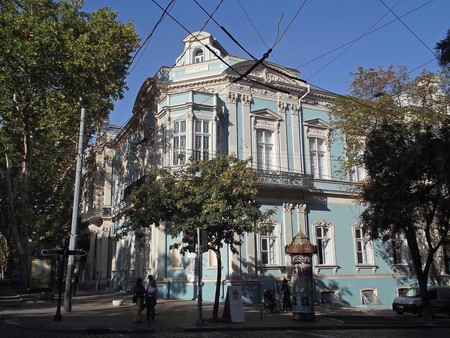 Being located a walking distance from all the main attractions of the city, as well as near the Museum of Western and Eastern Art, it is a great place for freshly baked cakes and fragrant coffee. Furthermore, its artsy interior, decorated with antique furniture of the 17th century, can be spotted from afar. During the spring/summer period, one can also sit outside on the cosy terrace.

Insider Tip: Delicious French pie is a signature dish to try on Zheto.

This cafe will quickly become a favourite place for the stylish. Designed as a New York coffee shop, the venue offers healthy food to refuel. From nourishing vegan bowls, avocado toast and burgers to granola and brownies, Atelier. Design & Coffee makes for a perfect place to relax before further exploration of Odessa’s art. It also serves one of the best coffee drinks in the city. Fine dishes, smooth coffee and quiet ambiance.

Apparently, Kiev is the contemporary art capital in Ukraine. However, Odessa competitively keeps up with this trend. Odessa Museum of Modern Art is a hub for the fine art of the turn of the 20th and 21st centuries. The permanent collections feature the works of local artists, while the temporary one is a home for an annual Odessa Biennale of Contemporary Art or foreign exhibition of photographs and installations.

HudPromo Art Gallery is a project that supports contemporary artists of Odessa since 2010. This spacious and bright gallery contrasts with the older exhibition centres, which pay a lot of attention to the classics of art. Despite being fairly new, the HudPromo has already hosted works of many contemporary artists well-known inside and outside the country. For instance, the pieces of Aleksandr Rojtburd are exhibited at the HudPromo Art Gallery, Moscow Tretyakov Gallery, the New York Museum of Modern Art and many other places.

Bernardazzi is one of the best restaurants in Odessa. With a central location, exquisite interior, live jazz music, great European cuisine and the largest collection of wines in the country, each visit is a memorable experience. Bernardazzi is an official venue of the major festivals in Ukraine and Eastern Europe – Odessa International Film Festival.

Insider tip: Before going to Bernardazzi, don’t forget to book a table; it is always crowded there, especially in summer.

The restaurant of Ukrainian cuisine Kumanets is a venue for those who would like to explore the local culture further. It is not just an ordinary food venue but an amazing example of traditions and hospitality, embedded in the everyday life of Ukrainians. You can taste such popular dishes as borscht with pampushki (fritters), salo (pork fat) and vareniki (dumplings).