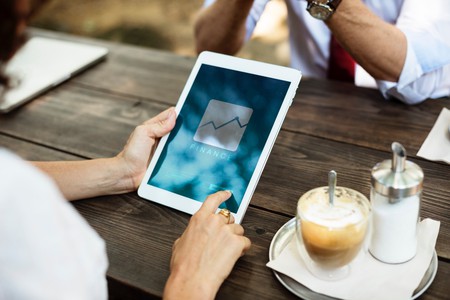 Can you imagine how different life would be without modern technologies? Technology has simplified many aspects of daily life and given us more time to devote to other priorities. Ukrainian entrepreneurs are at it again and many have developed a range of new technologies that will help you save more precious time and money. Here are eight Ukrainian companies that are creating products that will change your life.

Lunecase is a smart case for iPhones that displays visual alerts for incoming calls, messages, calendar reminders and other notifications on the back of the phone. What’s more, the case’s built-in battery is so small it uses the energy of the electromagnetic radiation of the smartphone to charge. In order to start using the device, you just have to insert your phone into it. In addition to that, you can create and order a unique personal design that will be displayed in the form of a glowing icon.

For the eco-conscious consumers out there, Ecoisme is a small sensor that connects to the switchboard and WiFi of a house and scans the electricity being used by each device plugged into the outlets. All the data on energy costs for the household or office are entered into a table, which also suggests opportunities for savings. For example, let’s say you forgot to turn off the iron. Ecoisme will send a notification to your phone asking if you’re finished using the iron and to unplug it if you are.

Luciding is a Ukrainian start-up that is working toward giving sleepers the ability to control their dreams. A headband device was created for people to wear while sleeping. Four electrodes in the headband pulse at a specific rate to fix the phase of fast sleep. The pulse keeps the sleeper slightly awake so they may be lucid while dreaming. The developers promise that after using the band for a while, users will be able to control and manage their dreams while asleep.

Petcube is already quite a popular device that allows pet owners to communicate with their pets at a distance. It looks like a small aluminium cube and has everything you need to keep an eye on your pet and even entertain it. Petcube includes a wide-angle camera, a speaker, a microphone, and a laser pointer. You can manage Petcube via its mobile application, available for iOS and Android. What is even better, you can immediately share videos and photos of games with a pet directly on social media.

This device is so handy and successful that it is already in its second generation, which is available in the Apple Store. iBlazr is a portable flash that connects to iOS or Android gadgets and saves the day in poor lighting situations. In the first generation, iBlazr connected to the smartphone via the audio output; now in the second round, it is wireless and much easier to use. To set up the flash, just download the app and synchronize it.

When the number of passwords to remember is almost endless, Hideez Key is a perfect gadget to own. It is a wireless digital key and password keeper for your devices. Once you’ve downloaded the mobile app and paired the Hideez Key with your smartphone via Bluetooth, it is ready to use. You’ll never need to feel paranoid about forgetting your passwords again.

SolarGaps is another device that helps you to save energy. It has drawn $1 million (more than £750,000) in investments to create smart window blinds that convert solar radiation into usable energy. Fortunately, the process of installing power-generating blinds is not complicated: simple instructions are provided. Furthermore, with the smartphone application, you can change the angle of the slats, set up an automatic tracker, or check how much energy is being generated.

For the programmers out there, MagicMirror is an open source system that assists in daily decision making, such as suggesting the right clothes to wear based on weather data, calendar events and favorite outfits worn previously. MagicMirror consists of a simple mirror, RaspberryPi, web camera and microphone. After typing the command, the webcam scans the user and his or her clothes and adds it to the data stream. The microphone records the user’s voice, which further establishes the virtual wardrobe.