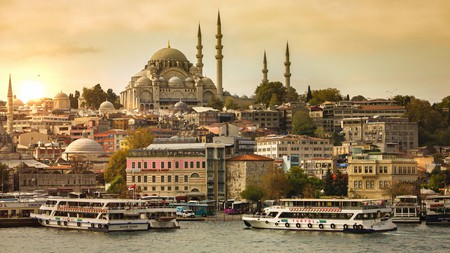 Explore the vibrant, bustling city of Istanbul from the comfort of home | © Xavier Arnau / Getty Images

As staying in becomes the new normal, Culture Trip invites you to indulge in a spot of cloud tourism. Experience the sights and sounds of a place – without even leaving your home. Next up on our virtual tour is Istanbul.

There are three things you need to know about Istanbul. The first is that it’s not Constantinople. The second is that the Turkish ex-capital is one of the most storied and enchanting places on planet Earth. A historic city on a par with Rome or Athens, it is divided by the glistening Bosphorus strait – a chattering hubbub of coffee and charcoal and activity. The third is that you don’t really need to spend a penny or move an inch to experience the majesty of Istanbul – you have the capability to enjoy it from your living room couch. Which is, shall we say, quite handy right now.

Culture Trip is here to give you the essential virtual introduction to Istanbul, from the best dishes to the classic movies; so dim your lights, follow along, and dive into the city that was once called the Envy of the World.

SONG: ‘Istanbul (Not Constantinople)’ by They Might Be Giants 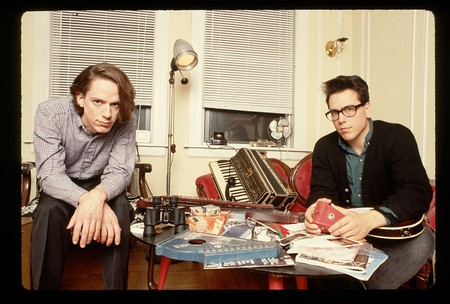 If the first fact seemed a bit out of the blue, this novelty hit from 1953 will better explain. Written on the 500th anniversary of Constantinople falling to the insurgent Ottoman army of Mehmet the Conqueror, ‘Istanbul (Not Constantinople)’ is a jaunty reminder of the city’s many identities throughout history. Popularised first by the Canadian a cappella group The Four Lads, who earned a gold record for their version, the track was given new life by the Brooklyn alt-rock duo They Might Be Giants in 1990, who featured their cover on their platinum-selling third studio album, Flood. Why did Constantinople get the works? Well, as you’ll learn: that’s nobody’s business but the Turks. 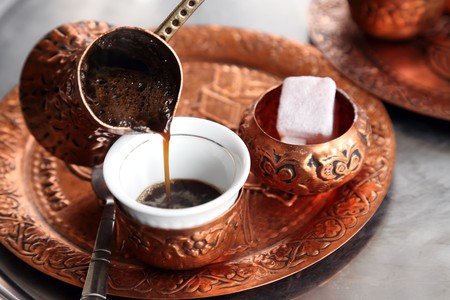 Istanbul lives for coffee. Come night or day, rain or shine, you will always find the city’s cafés alive with conversation, chess and fincans full of foamy black coffee. Turkish coffee culture is a unique thing, so dear to the country that Starbucks was forced to include the brew in its branches across Anatolia. Recreating the real thing at home is quite a fiddly process – there’s a knack to everything, from how you put the sugar in to the size of your cup – but the fundamentals that make it such a treasured experience are easy to replicate. As long as you make it with care, sit down with a friend to enjoy it, and use it as a stimulus for thoughtful conversation, you’re doing it the Turkish way. 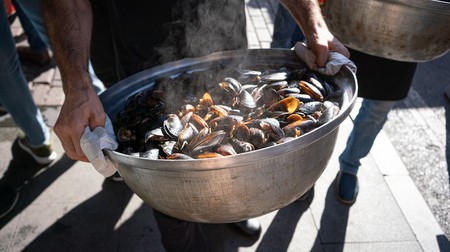 You don’t get to call yourself ‘Lord of Mussels’ if you can’t back it up, and that’s precisely what Midyeci Ahmet does at his eponymous restaurant in Istanbul, where he sells thousands of the city’s best stuffed mussels every day. Ahmet’s midye dolma are a worldwide phenomenon – he has more than 700,000 Instagram followers, queues out the door, and a reputation without comparison when it comes to the art of stuffed mussels. Culture Trip profiled Ahmet and his midye dolma in the second season of Hungerlust, Culture Trip’s series that shines a spotlight on the world’s most vibrant culinary destinations – don’t watch on an empty stomach. 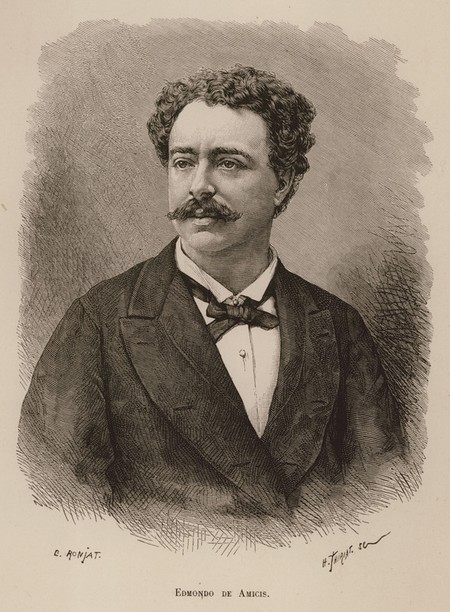 If you’re looking for a vivid, evocative portrait of old Istanbul (or Constantinople, even), then look no further than this travelogue from the 19th-century Italian writer Edmondo De Amicis. Written in 1874, but only published for the first time three years later, De Amicis captures Constantinople in the midst of modernisation, as tram lines, waterway bridges and electric lights bring new life to the charming ancient citadel. De Amicis’ travelogue is a cinematic sketch of the city in perhaps its last flourishing period before the decline of the Ottoman Empire, and the moving of the capital to Ankara under Ataturk. Well over a century later, so much is still recognisable in modern Istanbul, both in architecture and in civic character. 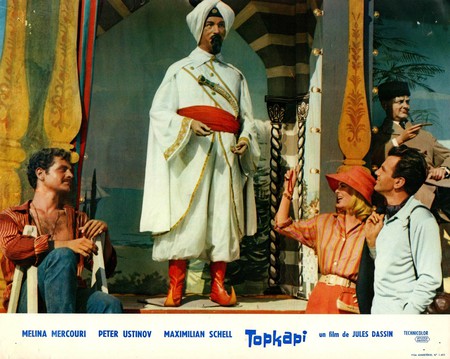 This classic caper of a film is a two-for-one culture fix: a captivating heist set in the Istanbul of the swinging ’60s, centred around stealing the gem-studded dagger of Mahmud I from the city’s iconic Topkapi Palace. Starring the legendary Peter Ustinov as the film’s protagonist, a crafty crook by the name of Arthur Simpson, this enthralling flick has sun, sand and subterfuge in abundance as a team of thieves works to snatch the artefact before the palace guards can stop them. A self-conscious spoof which leans into the absurdity of its premise, Topkapi is an easy film to be swept up in, with its sumptuous shots of the bustling city and the plotters within it. You’ll be dreaming of Istanbul for a long time after seeing it – just don’t get any ideas when you visit the palace yourself.

#StayCurious fact: Istanbul had 1,400 public toilets at the height of the Ottoman Empire; the rest of Europe had none.