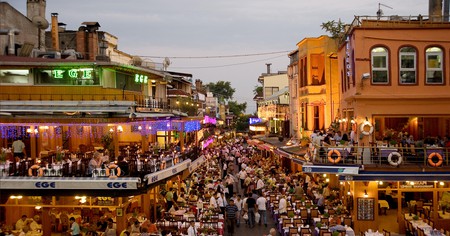 Every corner in Istanbul is teeming with food options, and choosing the best spot for sampling some typically Turkish cuisine can get confusing. Local Istanbulite Eğur Ildiz is a tour guide and passionate foodie who leads food walks; here, he narrows down the best of what Istanbul has to offer.

Nothing brings Istanbul’s diversity to life quite like the city’s food. People come to Istanbul from a wide geographical area, each bringing with them a taste of their homeland.

To visit Istanbul means experiencing the best of the country’s cuisine without having to travel far. This is the perfect city in which to get yourself a tasty crash course in Turkish food.

Kokorec – delicious, greasy and not for everyone

Kokorec is a rich, greasy meat dish that may not be for everyone, warns Ildiz, but don’t let the ingredients stop you from trying it once. This sizzling dish served at street-side restaurants is made of grilled lamb intestines wrapped around offal, chopped and served with sautéed onions in bread. This is usually eaten as a late-night snack and is best washed down with a beer or two, though it can be eaten at any time of day.

The best kokorec that Ildiz has ever had can be found at a small stand called Erdinc Usta, located just outside the Grand Bazaar. Be warned, though, his stuff is so good it is sold out by midday. 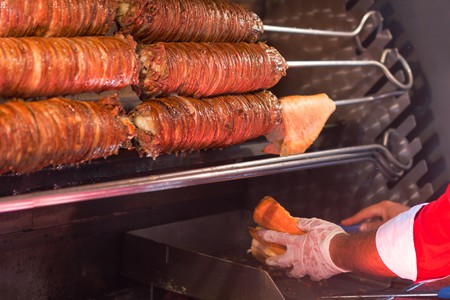 Raki and meze nights in Istanbul

Mezes are Turkish appetisers, served as hot or cold dishes on small plates. The platters include a variety of Turkish cuisine, including grilled octopus, hummus, smoked aubergine, spicy salsa, simple white cheese and yoghurt. Meze platters are a fairly common sight in Turkey. They can be paired with raki, an anise-flavoured alcoholic drink that is diluted with water and sipped slowly over the course of the evening.

“When your friends ask you to go out for a raki night, you know it will be four or five hours of slowly eating and drinking,” explains Ildiz. “It is a very popular concept and a way of socialising with friends.”

Traditionally one goes to a meyhane, or wine house, to enjoy mezes; the best place, according to Ildiz, is Cukur Meyhane in Beyoğlu. Although not as fancy as some newer meyhanes, this cosy establishment makes up for its lack of ambience with its delicious food. 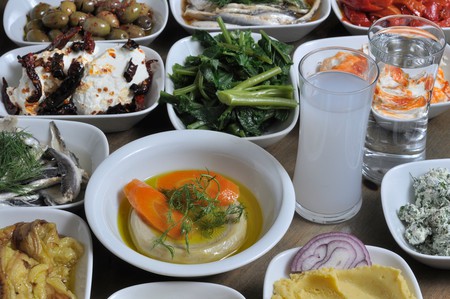 A favourite way for locals to end an elaborate Turkish breakfast is to have some bal kaymak, which translates as ‘cream and honey’. Eat this decadent combination by scooping some clotted cream onto baguette-style bread and slathering it with honey.

“As it is quite heavy, you have it with bread or simit [seeded bread] along with tea to wash down the sweetness,” says Ildiz. The rich taste of the sweetness lingers in your mouth after a satisfying breakfast.

In Istanbul, the freshest and creamiest kaymak can be found at Hasan Fehmi Ozsut, a 100-year-old establishment that serves fresh cream from its own buffalo farms. Go there to enjoy the best clotted cream and honey in the city. 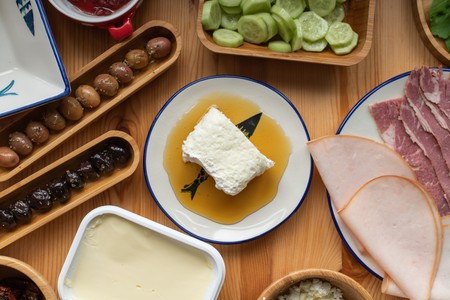 Tantuni – a bite on the go

This juicy beef wrap, a street-side food originally from the Mediterranean city of Mersin, is finally taking off in Istanbul.

“It is a simple dish: a wrap filled with cuts of beef, cooked on high heat with a lot of oil and water, a lot of chilli, and wrapped with parsley, onions and tomatoes,” explains Ildiz. Tantuni is usually served with spicy pickled peppers, rocket and radishes. “It is very cheap and a quick bite to eat on the go,” says Ildiz. This mouthwatering wrap is not always easy to find, but Ildiz recommends trying it at Kadikoy Tantuni. 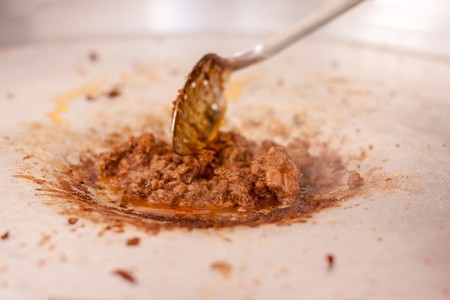 They say that there are more than a hundred dishes in Turkish cuisine that feature the aubergine. You may think it’s an exaggeration, but once you’re in Turkey you will start to notice a pattern. Pureed aubergine, smoked aubergine, aubergine with yoghurt and baked aubergine are just a few popular dishes. The best kind of aubergine dish, in Ildiz’s opinion, is karniyarik. This is aubergine stuffed with vegetables and minced meat, and is what many Turks consider to be the best comfort food. Try the version of karniyarik in which the aubergine is first fried in hot oil then stuffed and baked.

The best place to find karniyarik is at Hatice Anne in the charming Kuzguncuk neighbourhood on Istanbul’s Asian side. “This, for me, is a representation of home cooking, and Hatice Anne is a small, family-run establishment that feels like home,” says Ildiz. If you have just one meal in Turkey and want to enjoy a true Turkish dish, this is it. 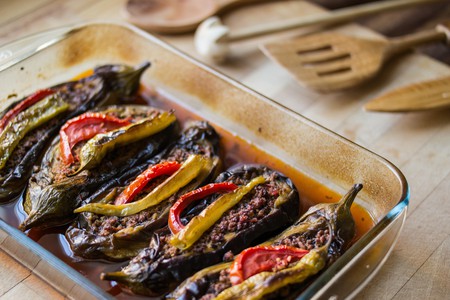 Doner – where to get the best

You will find a doner shop in Istanbul everywhere you look, but the best one, according to Ildiz, is in Besiktas at Karadeniz Doner Asim Usta, where locals regularly line up outside. The well-seasoned, mouthwatering meat in this doner is what makes it different from the others in the city.

“He only uses the best cuts of meat; you can see him making it at 8am, one piece at a time,” says Ildiz of Asim, the owner and chef.

Find the shop with the longest queue outside it that is just a short walk from the Black Eagle statue. Be sure to get to Asim Usta’s at lunchtime, as he is sold out by 3pm. “It is a landmark [in Besiktas],” says Ildiz. 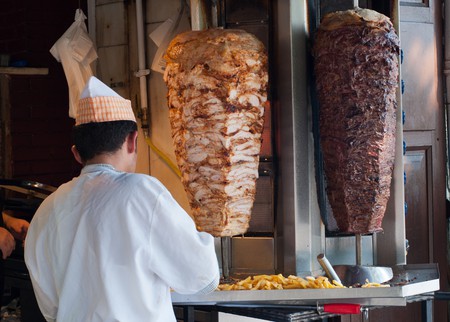 A kebab shop in Istanbul | © AM Stock 2 / Alamy Stock Photo