Amazing Historical Sites in Istanbul You Have to Visit 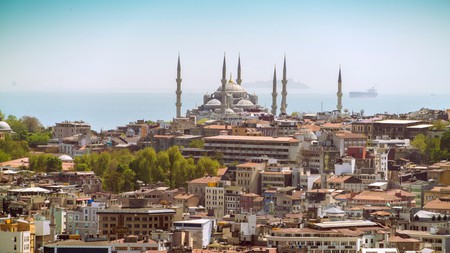 The successive capital of the Eastern Roman Empire and the Ottoman Empire, Istanbul has been at the centre of major political events for more than 2,000 years. The historic peninsula, surrounded by the waters of the Bosphorus, is home to an array of impressive monuments which bestow glory to the city. Nearly every visit starts with a walk through the historic quarter, recognised by Unesco for the unique architectural masterpieces. From Fatih neighbourhood and beyond, here are the historical sites you can’t afford to miss. 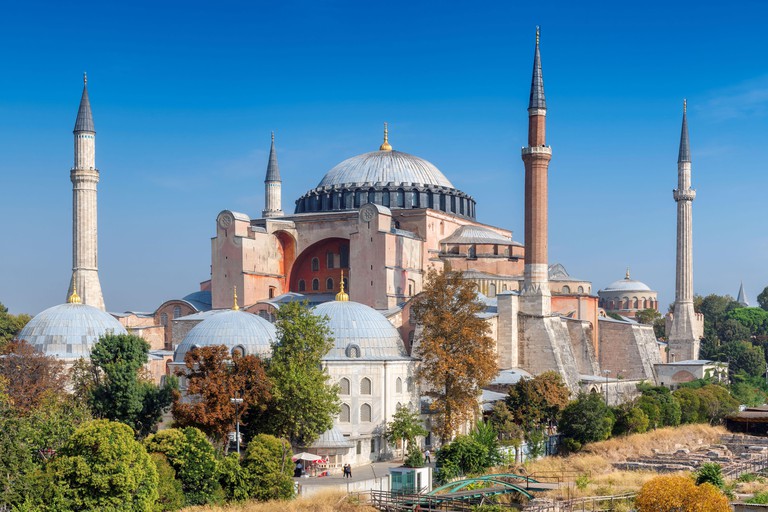 © lucky-photographer / Alamy
Book Now
The Hagia Sophia features a massive dome widely considered the epitome of Byzantine architectural expertise. After being constructed by Emperor Justinian I in 537 CE, it served as a Greek Orthodox cathedral and the seat of the Patriarch of Constantinople until 1453. It was turned into a mosque for the next 500 years and opened as a museum in 1935 under the command of the first President of the Republic, Kemal Ataturk. Today it is the second most-visited museum in Turkey after Topkapi Palace and draws more than 3m visitors yearly to the magnificent interior spaces adorned with golden mosaics, revealed following numerous restorations. Interested in visiting? You can do so with Culture Trip on our epic 12-day Turkey adventure, led by our local insider. 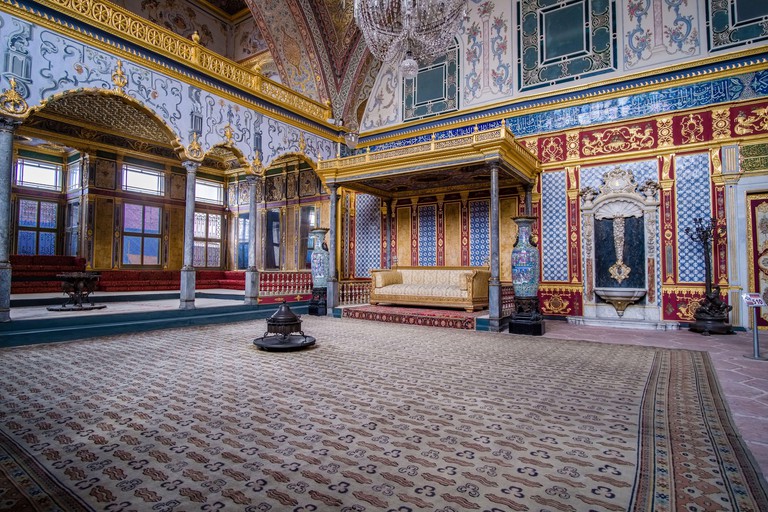 © Frank Bienewald / Alamy
Book Now
Structured around four main courtyards and numerous smaller buildings, the Topkapi Palace served as the major residency of the Ottoman sultans for almost 400 years (1465–1856) of their 624-year reign and hosted numerous state ceremonies. Nowhere else in Istanbul attracts as many visitors drawn to fine architecture, collections of calligraphic manuscripts, robes, porcelain and some of the most significant holy relics of the Muslim world. 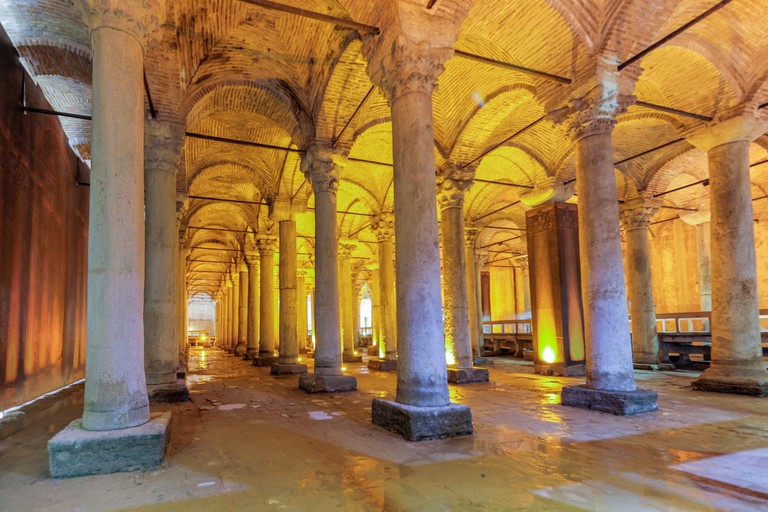 © mauritius images GmbH / Alamy
Book Now
This subterranean marvel, located some 150m (492ft) west of the Hagia Sophia, is another gem of antiquity commissioned by Emperor Justinian’s rule. Originally built during the 6th century to provide a filtration to the now-destroyed Great Palace of Constantinople, it is the largest of hundreds of cisterns beneath the city of Istanbul and continued to supply water to Topkapi Palace well after the Ottoman conquest of 1453. The Basilica Cistern covers an area of nearly 10sqkm (3.9sqmi) and is supported by a forest of high columns adorned with mainly Ionic and Corinthian capitals. Moderately humid and dimly lit, it’s a perfect place to beat the summer heat. 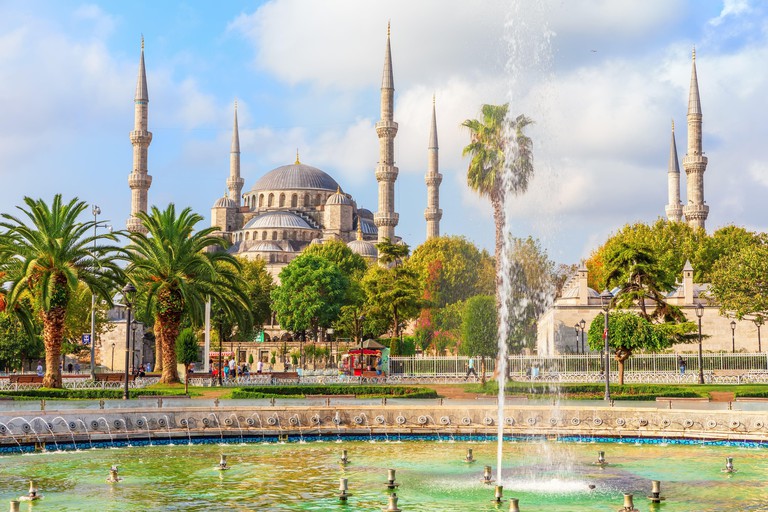 © agefotostock / Alamy
Built between 1609-1616 by Sultan Ahmet I in order to assert Ottoman power, this most impressive and endlessly photographed of mosques features a cascade of layered domes and is cornered by six minarets adorning the skyline. The outdoor courtyard, the biggest of all Ottoman mosques’, perfectly matches the size of the Blue-İznik-tiles-covered interiors, numbering in the tens of thousands, giving it the nickname of the Blue Mosque. Despite being a popular attraction, admission is strictly controlled since the mosque is still used for religious purposes. 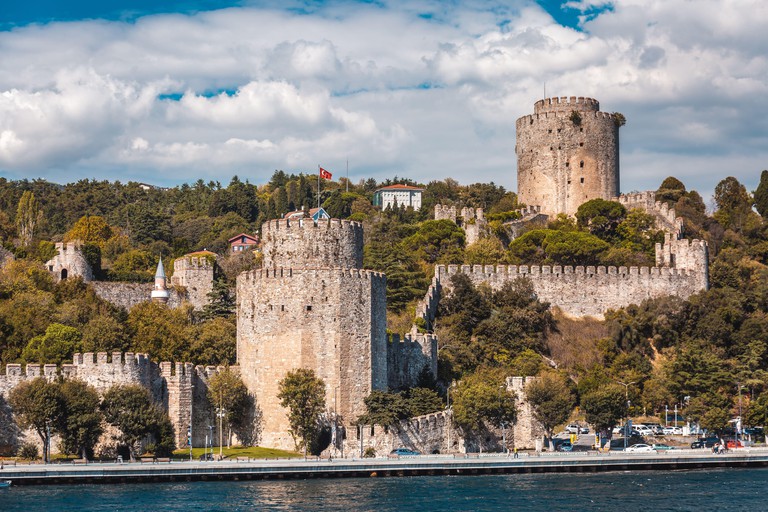 Rumelihisarı, also known as Rumeli Castle, is a fortress occupying roughly 6.5ha (16 acres) of high walls, towers and green surroundings. Situated on the European side of Istanbul, at the narrowest section of the Bosphorus Strait, it was built over the course of four months in 1452 by Ottoman Sultan Mehmet II in preparation for a final assault on Constantinople and the eventual downfall of the Byzantine Empire. Much of the interior structures have suffered considerable damage after a string of devastating earthquakes hit the city. Today, the site is open to the public as an open-air museum and frequently hosts concerts and performances in its amphitheatre. 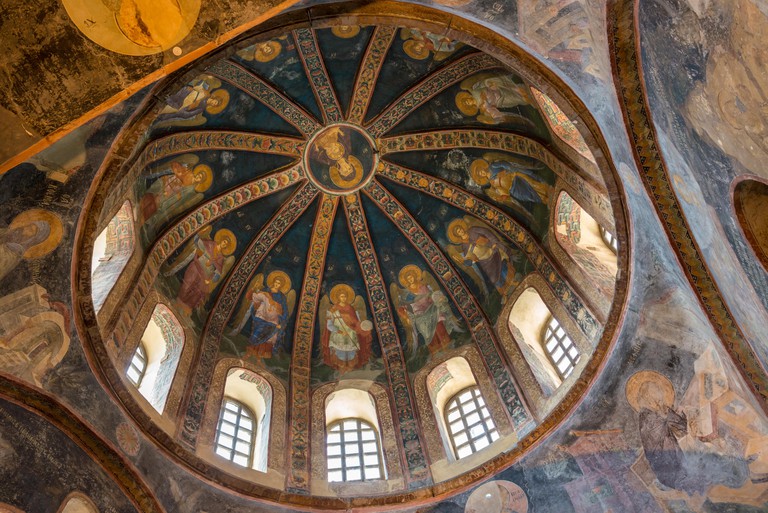 The Church of the Holy Saviour in Chora is a former Byzantine church and, in more ways than one, can be thought of as the Hagia Sophia’s little sister. Like the Hagia Sophia, it was converted into an Ottoman mosque in the 16th century and later secularized as a museum. Despite the smaller dimensions, it’s no less beautiful. Situated in Erdinekapi district, just outside of the original city walls, the interiors are covered in gorgeous medieval mosaics and frescoes dating back to 1312. 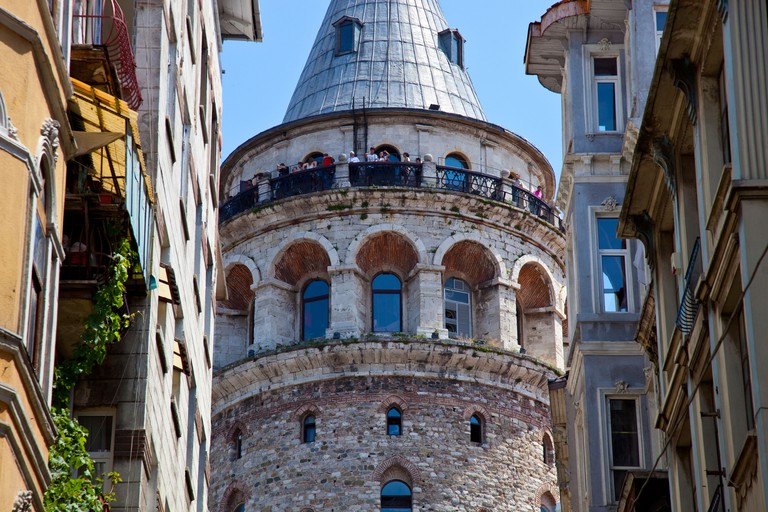 © dbimages / Alamy
Built as part of the expansion of the Genoese colony in 1348, the cone-capped, cylindrical Galata Tower – or, as it was called at the time, the Christea Turris– stands high above the Karakoy quarter. It was the tallest structure in Istanbul for centuries and still dominates a good part of the local skyline. The reward for waiting through long queues and an often-crowded elevator climb is a 360-degree panoramic view of the historic peninsula.
Give us feedback