Sun Collective: A Voice For Dub In Amsterdam

Sun Collective is an up-and-coming Amsterdam-based producer collective focusing on dub, reggae, dubstep, ambient, and stepper. Motivated primarily by their love for music, this duo, made up of Kevin Kentje and Nandor Winnubst, will make their live debut at the Amsterdam Dance Event in October 2015. The Culture Trip’s Nick Thomas sat down with Sun Collective to discuss their upcoming show. 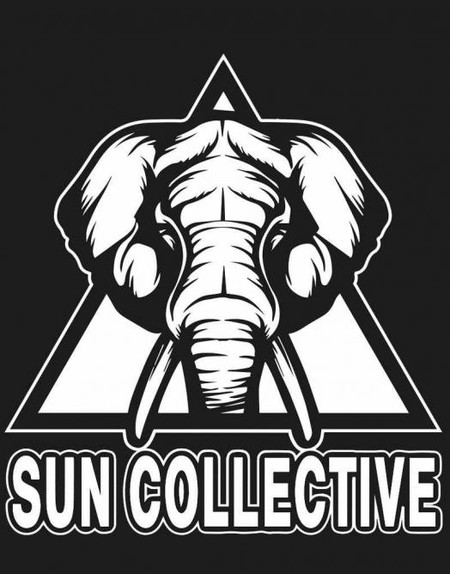 The influence that reggae and dub music have had, and continue to have, on electronic music is undeniable. Often recycled and repurposed are its simple, melodic bass melodies, strong emphasis on percussion, rhythm, and the creation of vast sonic space. All music is based on its ability to create ‘groove’, and reggae and dub are able to accomplish a groove that is very unique; driving rhythms that push forward with intensity while allowing the music to feel relaxed, prompting bodies to move slightly behind the beat. Using a less-is-more approach in regards to the number of instruments on a track, innovators of these styles opted for a less ‘busy’ mix and instead let the rhythm ride long and hard while pushing the limits of their delay, echo and reverb effects to create a seemingly endless audible depth.

Amsterdam-based duo Sun Collective borrows heavily on these practices, and in doing so pay respect to the wide variety of dub-influenced music that has inspired them. ‘The main thing is just love for the music. We’ve been going to these [bass music] parties and playing records for quite some time now. At some point you want to participate more and contribute to the scene,’ says Kevin Kentie, speaking about what inspires him and his partner, Nandor Winnubst, to chase such a specific sound. Kentie and Winnubst’s dub-stepper style blends the warm tones and relaxed vibe of reggae with the heavy bass and production-focused dub style that continues to permeate countless sub-genres of electronic music.

Citing Amsterdam’s own King Shiloh Soundsystem as a big influence, the two aim to create music with the same vibe and live-appeal, while allowing their wide variety of musical influences to permeate. The duo are set to make their live debut at this years Amsterdam Dance Event at a BAM BAM-hosted party at OT301.

I sat down with Sun Collective in their studio to talk about their upcoming show, and got a sneak peak into the impressively vast amount of unreleased music the two have created. They explain to me how they see the bass music scene as still being relatively underground in Holland, hoping to contribute in their own way and help it to expand. Being myself a semi-ignorant North American, I am still impressed by the shiny newness of the European scene, and am curious to hear their opinion on where their music fits into the puzzle. A shared love for deep, vibe-heavy reggae rhythms is a given, but as the conversation progresses, a genuine interest in creating a unique and memorable live experience begins to surface.

They discuss various experiences of hearing (and feeling) the King Shiloh Soundsystem in action, almost offended when I admit that I have not yet attended a session. We talk about the power of a custom-built sound system, tailored to the type of material you play, giving a huge advantage to the music being presented in a live-setting, pushing people to come together to take in the shared full-body experience. In doing so, the experience becomes about more than just the music itself, but about the entire aesthetic created by the intensity of the sound, the setting, and the people attending.

Though Sun Collective doesn’t (yet) have their own sound system, they aim to produce music inspired by the sounds heard at these King Shiloh sessions and other similar Jamaican dancehall-style endeavors. Their deep, sub-heavy sound is built from the ground up, focusing on a swelling low end before layering carefully crafted percussion rhythms over top, giving the music a swing that pushes and pulls the body at a smooth pace.

After building a well-polished body of work over the last year, the two are transitioning their focus to create a live-set. Committed to playing solely original music at their upcoming show, they direct my attention to a collection of digital and analogue effects boxes wired into a mixer and an Ableton Push, while explaining the different forms their live show could take. Both have much experience spinning records for a crowd, but wanted to be more involved when performing their own productions, as well as giving the set an improvisational feel that is reminiscent of the dub style that their music draws upon.

Axel Savage, co-founder and resident DJ of BAM BAM is a big fan of the stepper sound, believing it to be a step forward in the evolution of reggae, dub and dancehall music. The events BAM BAM hosts are a strong voice for underground bass music in Amsterdam, giving a regular showcase to jungle, dub, dancehall, deep dubstep, and any bass-heavy electronic music that swings. Savage has known both Kentie and Winnubst through their involvement in the Amsterdam bass scene over the last few years and thought the Sun Collective sound would fit perfectly into the eclectic lineup BAM BAM was assembling for ADE.

Since the events’ inception, Savage’s intention has been to provide a platform for local talent. Along with his partner in BAM BAM, Berlin-based DJ Chaos, the two have been focused on throwing events that showcase various underrepresented sounds in its 3 years of existence. ‘We approach these shows from the point of view of DJs – we have always been more about having good local DJs mashing up the place rather than always trying to book big names just for the reputation. During ADE our show will run later than usual, so it is a perfect moment to bring something deep to the stage,’ says Savage after being asked what inspired him to book a new, relatively unknown name to open such a big show.

With Berlin native Sarah Farina headlining, BAM BAM’s ADE event is sure to be a unique night, offering locally-sourced good vibes and forward thinking bass music to all in attendance. Be sure to catch Sun Collective along with Sarah Farina, Liquorish Records and DJ’s Savage and Chaos on October 16th at OT301 as a part of the Amsterdam Dance Event.

To listen to Sun Collective’s music, make sure to visit their Soundcloud page.