The Best Things to Do in Amsterdam 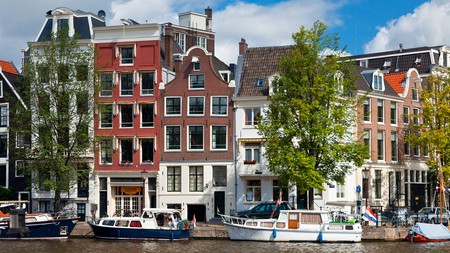 Amsterdam’s heady mix of elegant, historic gabled buildings and magnificent canals, coupled with a vibrant nightlife and an impressive range of attractions, landmarks and cultural sites, ensures visitors can enjoy a fascinating stay at any time of year.

To help guide travellers around the city, here is Culture Trip’s list of top things to see and do in Amsterdam.

A boat tour provides a great introduction to and overview of the city. Amsterdam’s beautiful 17th-century canal belt, forming a multi-tiered crescent around the historic centre, ensures one stunning panorama after another. You’re surrounded by more than a thousand national monuments, including Anne Frank’s House, Westerkerk and the Rijksmuseum. A variety of tours are on offer, including guided historic cruises, candlelit dinner and drink excursions and even an eco-friendly trip where passengers are encouraged to fish for discarded plastic. 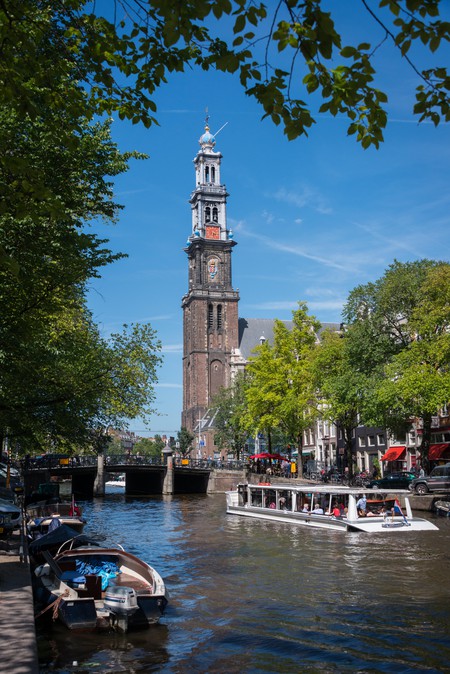 Lose yourself in this green oasis of lawns, ponds, woodlands and twisting paths at the heart of the city. Among the lively backdrop of strollers, cyclists, skaters, playful children and, in summer, a sea of picnics, there are 69 sculptures to admire, including a Picasso, as well as an impressive rose garden, cafés and bars with terraces. As well as buskers and street entertainers, an open-air theatre provides music, dance, jazz, cabaret, comedy and children’s theatre during the summer months. 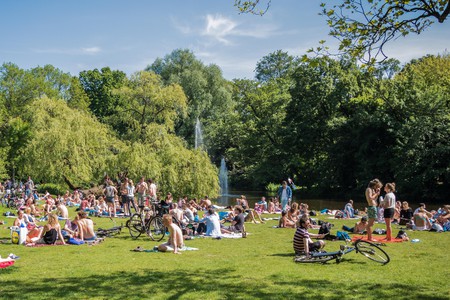 Immerse yourself in art at the Van Gogh Museum

You’re not only treated to the world’s largest collection of works by Vincent van Gogh here, but also works by contemporaries such as Gauguin, Monet and Toulouse-Lautrec. More than 200 paintings and 500 drawings from every period of van Gogh’s career range from his early, sombre work in the Netherlands and Belgium to the colourful portraits and still lifes from his French period. The museum regularly organises temporary exhibitions. 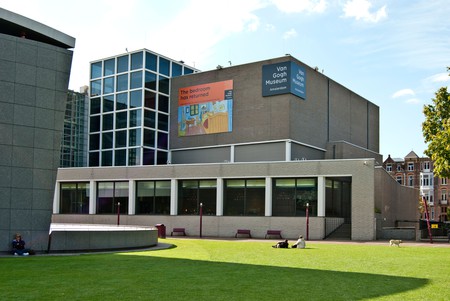 Cycle around the city

It’s great to experience Amsterdam as the locals do, on a bike. The city is awash with good cycle paths and some great routes, and it’s well worth heading out to outlying districts, such as Noord, Oost, Zuid and West. Each has a completely different vibe to the centre, and their own cultural attractions and highlights. 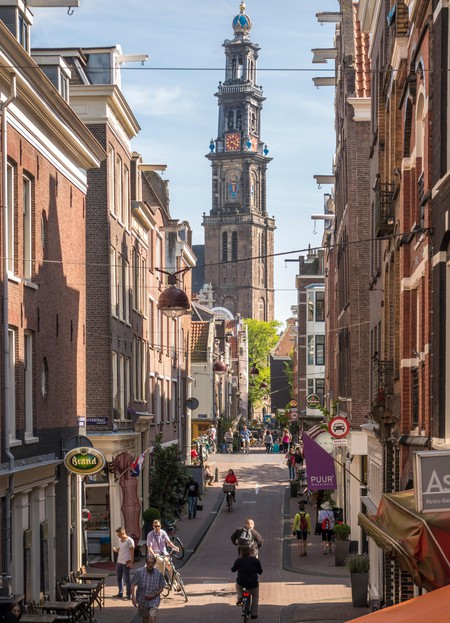 Anne Frank is, of course, one of Amsterdam’s most famous residents, living in a secret annex during the Nazi occupation of the Netherlands in World War II before being taken to a concentration camp. You can visit the hidden apartment on Prinsengracht canal where Anne and her family and several others lived, behind a secret door, concealed behind a hinged bookcase. It is bare of furniture yet very poignant, and magazine pictures stuck on the walls by Anne remain. Neighbouring buildings house a museum dedicated to Anne’s tragic story. Very long queues to visit are common, so it is best to book tickets online in advance. 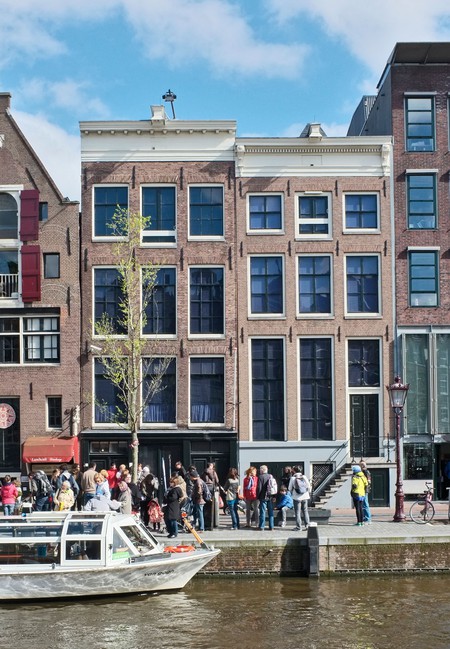 Located in the leafy Plantage district, Amsterdam’s zoo is situated in beautifully landscaped grounds and boasts more than 900 animal species. It also has a planetarium, an aquarium with coral reefs, a kids’ petting zoo, African savannah and tropical rainforest areas and the Micropia exhibition, focussing on microbes, which is a lot more engaging than you may think. 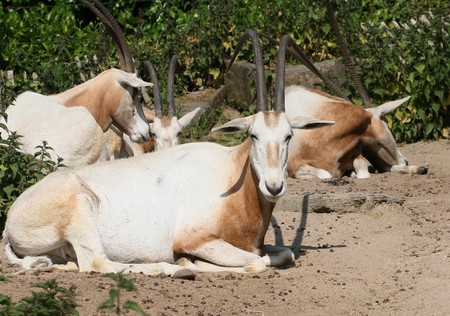 There are a number of open-air street markets around the city, and visiting them can help give you a feel of the ‘real’ Amsterdam. The biggest and best known, Albert Cuypmarkt, situated in the 19th-century neighbourhood of de Pijp, has more than 300 stalls, selling everything from traditional Dutch delicacies such as stroopwafels to cheese, meats, fruit and seafood, jewellery and clothes. The Bloemenmarkt on the Singel canal is the only floating flower market in the world, established in 1862. As well as flowers, its florists sell a host of bulbs. Waterlooplein flea market offers a great choice of second-hand clothing, shoes and antiques. 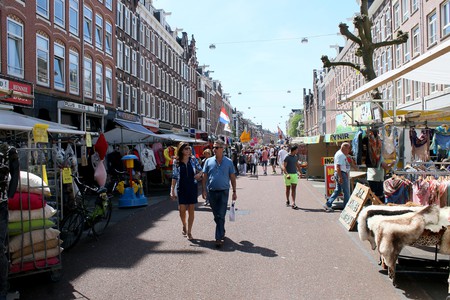 Chill out at a brown café

The traditional Dutch local pub is known as a bruin café, the name coming from years of smoke stains on the walls. Typically they have dark-brown wood panelling and furniture, low lighting and perhaps candles on the tables, and are irresistibly cosy, friendly and conducive to conversation. Often selling food too, they may be found down side streets or in 17th-century canal houses. 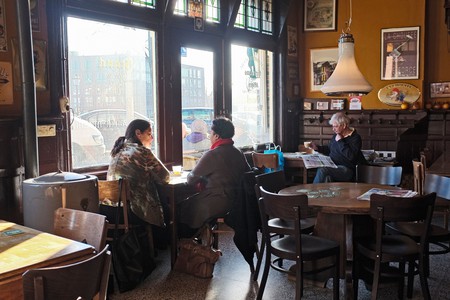 Catch a movie at one of Amsterdam’s striking independent cinemas

Most of the city’s independent cinemas have something special or quirky to offer, whether it’s the luscious Pathé Tuschinski, considered one of the most beautiful cinemas in the world; the striking Postmodern building that houses the EYE Film Institute; Movies, the city’s oldest cinema, dating from 1912; or the Filmtheater Kriterion, established by former members of the Dutch Resistance after World War II. 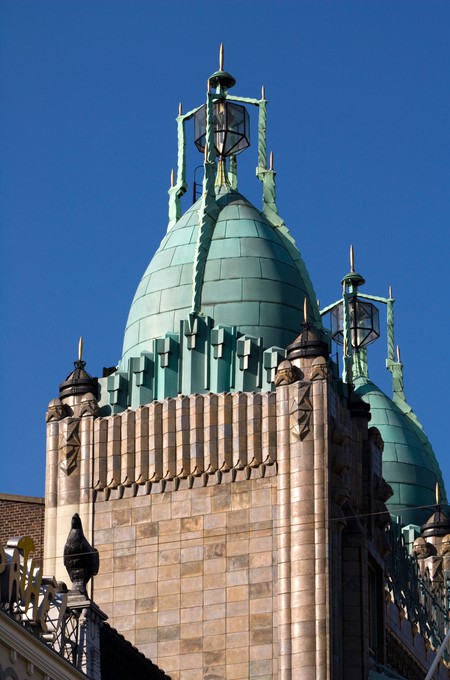