An Artist's Plans For Life On The Moon 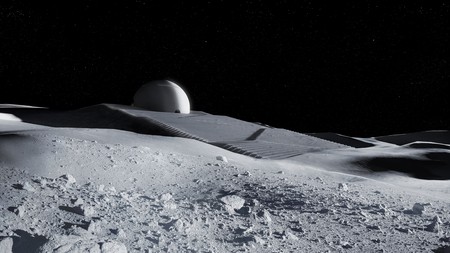 Establishing human culture in an alien environment is a monumental task. But it’s the tall order that artist Jorge Mañes Rubio embraces as he considers the nuances of life and death on the moon for his cutting-edge project, Peak of Eternal Light.

Peak of Eternal Light is a lunar temple that Spanish-born, Amsterdam-based artist Jorge Mañes Rubio intends to realize on the moon. In collaboration with spatial designer firm DITISHOE, Rubio looks to the dawn of civilization for conceptual inspiration, but this temple represents a new age of human colonization. He considers his celestial installation a tabula rasa for the human race. 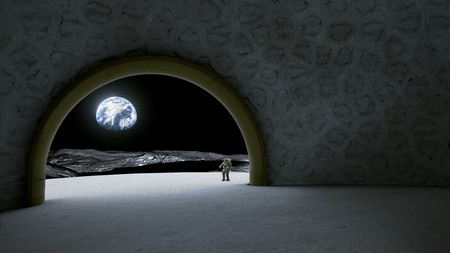 All images courtesy of the artist/DITISHOE

In 2016, Rubio assumed the anomalous position of first artist-in-residence at the European Space Agency (ESA) under the guise of Director General Johann-Dietrich Woerner. Trained as a civil engineer, Woerner joined the ESA in 2015 with a rather eccentric vision: to construct a working moon village. To help make this a reality, Rubio must contemplate the conundrum of establishing human culture in an alien domain.

Tracing age-old anthropological postulations, Rubio deliberates just how profound our practices are. From birth and death rituals to commemorative objects, the artist confronts logistical challenges: “How do you move all the infinite cultural information from Earth to the moon? Which cultural practices will be taken there?”

It’s not entirely a case for simple cultural transmission, either. Rubio believes moon-dwelling humans would evolve to create new lunar rituals over time. “We [made] art inside the darkest caves of our planet more than 30,000 years ago. I think we’ll do the same inside the darkest craters on the moon,” he tells Culture Trip. 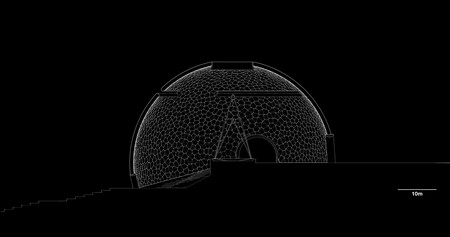 So while Peak of Eternal Light is an architectural venture, it doesn’t begin or end as a physical structure. Rather, Rubio is faced with a daunting metaphysical task: to understand how culture, in all of its immeasurable complexity, can be lived and reproduced through architecture. “I feel art, architecture, and design, as universal languages, can bring a more human perspective to the future of space exploration and scientific discovery. The temple is a tool that helps me start a conversation.”

That conversation traces our history of designating sacred spaces across the earthly environment where the spiritual departs from the ordinary. Since the beginning of civilization, humans have paid pilgrimage to “divine” natural sites, built temples for safety, awe, and guidance, and reserved ritual language and religious aesthetics for the ceremonies we conduct in these holy places. These are the cultural practices Rubio hopes we will one day bring to – and adapt for – the moon. 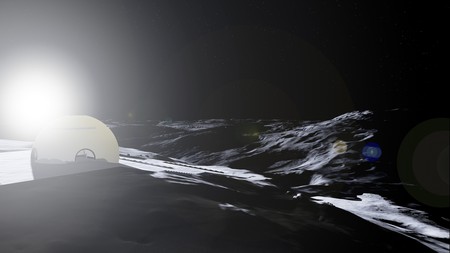 Poetically named after the location on a celestial body that receives constant sunlight, Peak of Eternal Light is designed to offer spiritual solace to permanent moon-dwellers once local human death becomes an inevitability. The temple will also serve as a house of universal worship and celebration without belonging to any particular culture or way of thought. It may itself become “a monument from us to the moon.” Rubio emphasizes that the temple is a conceptually-malleable structure that would serve multiple purposes for future lunar inhabitants.

Aside from its religious connotations as a temple, Peak of Eternal Light is a nod to the spiritual experience of art and design. Rubio’s aesthetic influences are a compilation of historical styles, drawing particular influence from visionary architects such as Étienne-Louis Boullée and Claude-Nicolas Ledoux – both of whom devised impossibly sublime buildings that were simply too massive to exist on Earth. The moon, however, possesses one sixth of the Earth’s gravity, so Rubio is not limited by the same laws of physics. 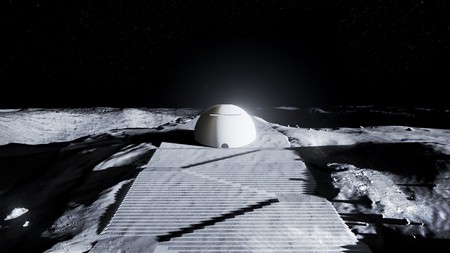 The project, still in the conceptual stage, will be partially 3D printed using a synthetic lunar dirt, and partially sculpted out of an on-site boulder in the Shackleton Crater – an “impressive location on the south pole of the moon.” Rubio has released the temple’s plan, and his next step is to release a free app by March 2017 “so [that] anybody with an internet connection can virtually travel to the moon and visit Shackleton Crater, which is an absolutely stunning location quite hard to imagine.”

Rubio hopes that people will interact with the artistic proposal and virtually explore its features, such as the “liquid mirror telescope” at the center of the structure. Soon he’ll begin detailing the temple itself, “creating the sculptures and other small objects that will hopefully be finished before the summer.” 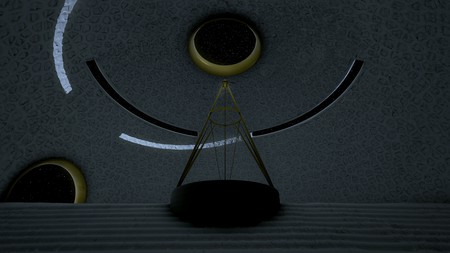 For some, Rubio’s plans are too speculative to materialize. But in the process of working with the outlandish, Rubio draws attention to ambitions and challenges that we face here and now on Earth. “The idea of a clean slate is obviously ideal but also a bit utopian, which I think is fine,” Rubio says. Woerner’s lunar village also remains in the conceptual stage “for many financial, political, and technical reasons.”

However, “thinking about how a moon village would work…is a very interesting exercise. It would require a level of international cooperation never seen before. And I feel not only the most powerful, rich or successful should be able to participate in such decisions. The moon belongs to all of us – it always has – since the beginning of history.” He mentions Nam June Paik’s Moon is the Oldest TV. “That kind of says it all,” Rubio says. “The moon has been there forever, and it doesn’t understand different cultures, nations, [or] borders. Who are we to change that?”