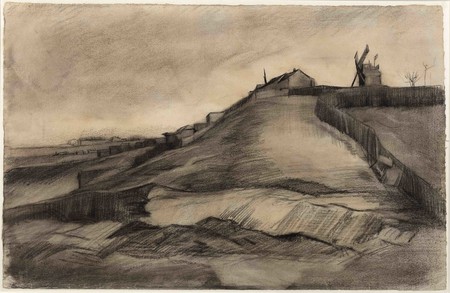 A museum in Laren, the Netherlands has unveiled a newly discovered drawing created by Vincent van Gogh. This sombre artwork provides insight into van Gogh’s artistic development and depicts a single windmill overlooking a quarry in Montmartre, Paris.

It is believed that van Gogh created the artwork soon after he relocated from Antwerp to Paris in 1886. During this time he lived with his brother, Theo, near Montmartre and was acclimatising to the city’s contemporary art scene, but still hadn’t fully embraced the vibrant, impressionistic style that embodies his later work.

Although van Gogh was already an accomplished artist when he arrived in the city, it took some time for him to move beyond the sober, earthy artworks that define his early career. As the drawing in question has more in common with van Gogh’s older work, but was created after he left for France, it is has been described as a ‘stylistic missing link between his Belgium and Paris time’ by a senior researcher at the Van Gogh Museum, Teio Meedendorp.

According to reports the piece, which is known as The Hill of Montmartre with Stone Quarry, hung unrecognised in a private American collection until 2012, when its owners decided to allow the Van Gogh Museum to assess its authenticity. Researchers eventually confirmed that it was created by van Gogh and determined that the artist’s sister-in-law, Johanna van Gogh-Bonger, probably owned the drawing during the early 20th century, but sold it on to an unknown party around 1911.

After analysing the drawing, the museum’s team realised that it shared many similarities with another piece called The Hill at Montmatre in its collection that couldn’t previously be attributed to van Gogh, due to insufficient evidence. When this additional drawing was compared to The Hill of Montmartre with Stone Quarry, the museum’s researchers noticed that both were created with the same type of materials and drawn from very similar perspectives, which helped to prove that the former was in fact a genuine van Gogh drawing. 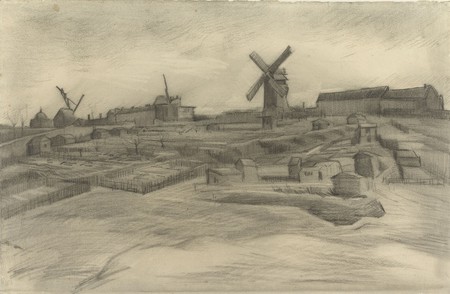 Both artworks were unveiled on Wednesday 16 January at the Singer Laren Museum and will remain on display until Sunday 6 May as part of a larger exhibition called Impression & Beyond: A Wonderful Journey.