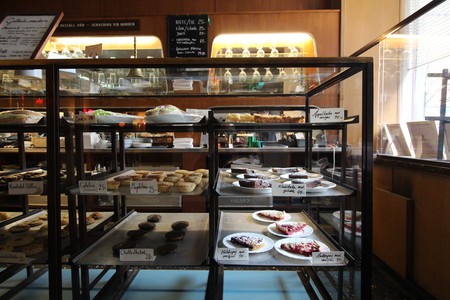 Some of the lovely offerings at Konditori Valand | © Sniper Zeta/WikiCommons

Sweden is a country that cannot get enough coffee. Alongside their love of java is a commitment to relaxing, while enjoying at least one of their several daily coffees. A fika is a Swedish cultural tradition which involves taking a break from work and having a cup of coffee with a sweet treat. A lot of focus is placed on the coffee but the treat—be it a slice of cake, a cinnamon bun or a chocolate ball—can often go under the radar despite it being arguably the best bit. There are a number of patisseries (konditoris in Swedish) in Stockholm that provide some of the best baked goods in Northern Europe. Here are ten of the best. 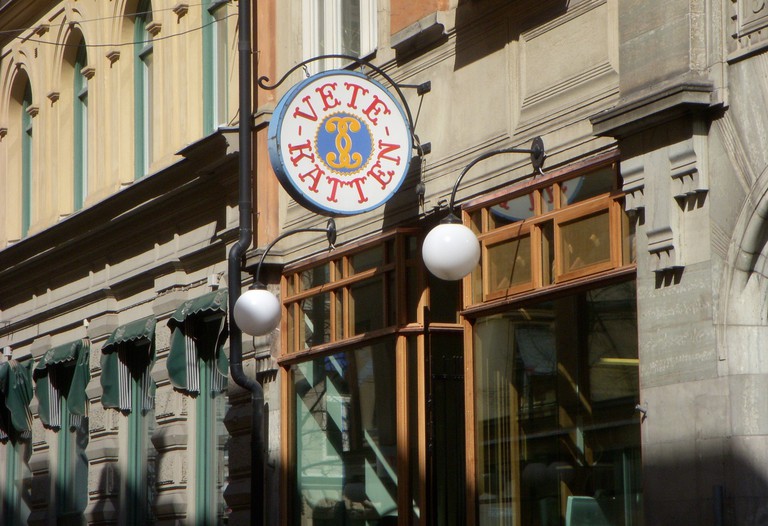 A real Stockholm institution, Vete-Katten was founded all the way back in 1928 and was opened by a woman during a time when female-owned businesses were very unusual. The café manages to combine the best of a French-style patisserie with a minimalist Scandinavian charm. The inside is decorated very simply and without too much fuss, but the pastries and baked goods, made by Chef Johan Sandelin, are far from simplistic. They are all carefully crafted and made with a great deal of care and attention. It has branches in Ostermalms food hall and the department store Ahlens, but its first home was Kungsgatan 55, right in heart of the city.

Meaning “to eat good food,” Gourmandise has both a fantastic name as well as superb pastries. One of a handful of French-style patisseries in Stockholm, nowhere does it quite as well as Gourmandise, who is based in the affluent Ostermalm district. They serve all the usual French pastries—from beautifully crafted cakes to eclairs to truffles. If you are looking for somewhere special to pick yourself up a real treat, then Gourmandise is perfect. They even make their own special chocolate which comes in a variety of different shapes, sizes, and tastes. 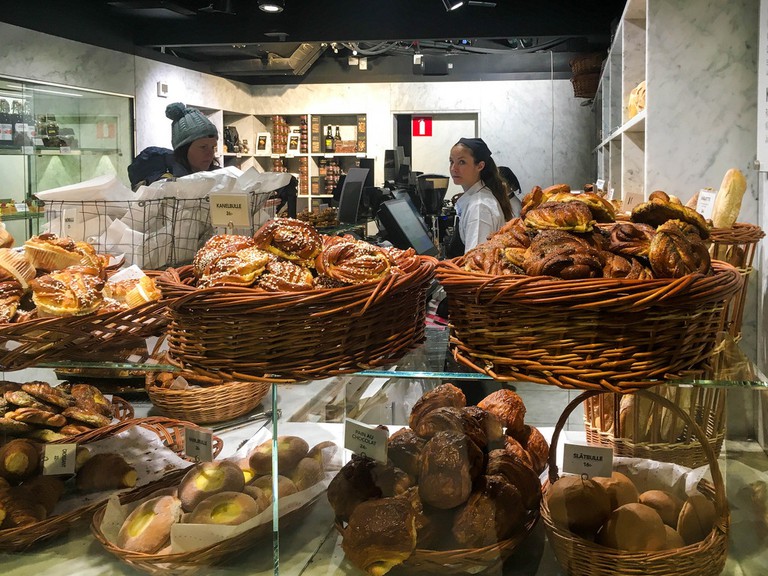 Some of Gateau's offerings at Stockholm Centralstation | © Chas B/Flickr
One of Stockholm (and Sweden’s) largest patisserie chains, Gateau has shops all over the city, as well as in Malmo and Gothenburg. In fact, they have 22 different locations in Stockholm, making them the perfect place to pick up a sweet treat on the go. One of their locations is in Stockholm central station, so you can grab a slice of chocolate cake or a cinnamon bun to enjoy on your train journey. They are another place that attempts to combine French items with Swedish ones.
Open In Google Maps
5 Centralplan, Norrmalm Stockholm, Stockholms län, 111 20, Sweden
+46851979115
Visit Website
Give us feedback

A truly lovely and charming place, Fosch Artisan was created by a husband-and-wife team, one French and the other Swedish, combining the best of both cultures to create a modern, creative, and innovative patisserie and bakery. Alongside their superb pastries, macaroons, and bread, they also serve delicious lunch food including soups, grilled sandwiches, and quiche. It is located in Starrangen, a beautiful circular park and housing complex in the northern part of the city. This location suits Fosch Artisan down to the ground, as when Starrangen was first opened it was seen as fresh and innovative in the same way Fosch Artisan aims to be.

If you are looking for something a little further out from the city center that has more of a community feel, then Ma Baker is the perfect place for you. It is a small, cozy, and charming konditori that produces both lovely Swedish pastries as well as excellent bread and sandwiches. As soon as you walk in, you see a dresser with mugs on it that locals have brought in and personally use every time they enter Ma Baker. It is in Karrtorp, which is only 15 minutes from the central station by metro, but feels a world away. It is more like a small town than part of a large city and it is well worth visiting. 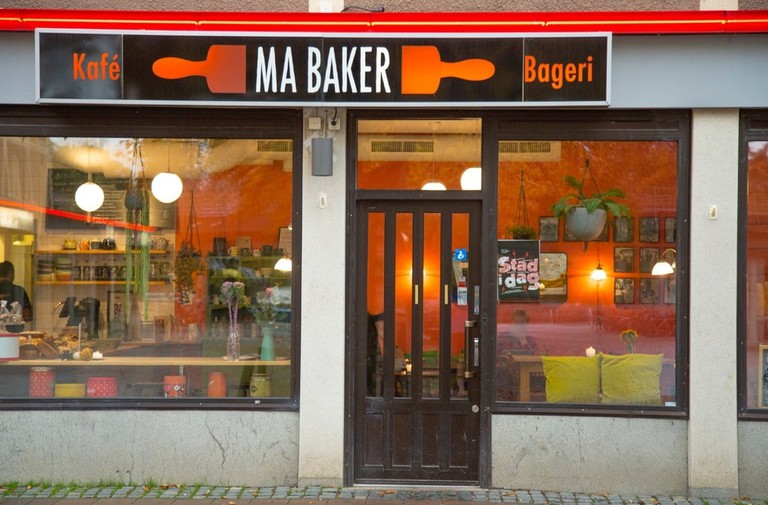 Patisserie, Bakery, Pastries, Dessert, Fast Food, Street Food, Swedish, $$$
Facebook
Email
Twitter
Pinterest
Copy link
Share
Map View
Patisserie Brot is aiming to do something a little bit different in order to stand out from other places in the city. They have something called patisserie tapas, which allows you to sample a range of different treats and thus get an assortment of tastes rather than just one. In order to make their offerings as enticing as possible, they offer a huge range of choices on their tapas menu. From macaroons to carrot cake and tarts to chocolate balls, everyone will find something to enjoy. They have one location right in the center of the city at Odengatan and another slightly further out in Liljeholmen, in the south of the city.
Open In Google Maps
43 Odengatan, Norrmalm Stockholm, Stockholms län, 113 51, Sweden
+4686734754
Visit Website
Give us feedback

An older and classically Swedish style konditori, Valand was opened in 1954 and has been a staple of its neighborhood, Vasastan, ever since. Its interior is very minimal and simple with wood-paneled walls and chairs designed in the classic Scandinavian style. It has, over the years, become a very well-known konditori in Stockholm, featuring as the setting for Gun-Britt Sundstrom’s novel Husband as well as a filming location in 2013 film Monica Z, about famous Swedish jazz singer Monica Zetterlunds. It is a great place for a pastry, as well as soaking up some local history. 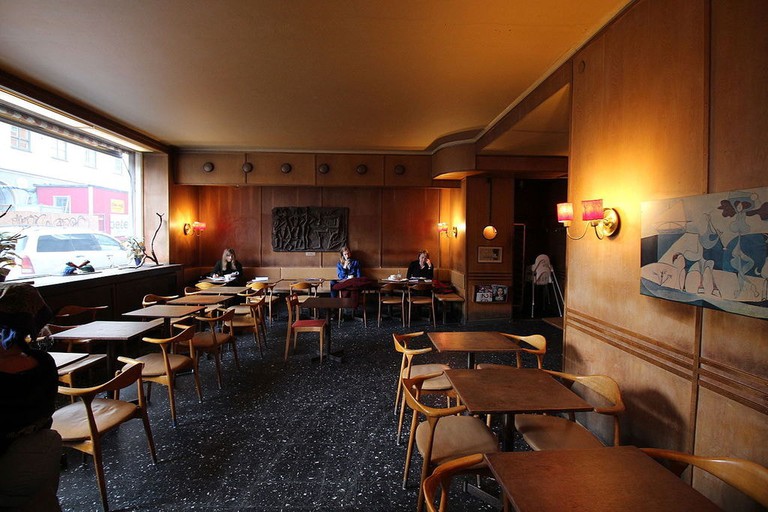 Cafe, Coffee, Tea , Vegan, Vegetarian, Swedish, $$$
Facebook
Email
Twitter
Pinterest
Copy link
Share
Map View
Located in the ultra-cool and hip part of Stockholm, Sodermalm, Lilla Cafeet is one of the most popular spots in Sodermalm. It is right by a metro station, Skanstull, so is easy to get to and it has a relaxed vibe and atmosphere. It is much less serious about itself than many of the French style patisseries and many of its pastries are Swedish, including cinnamon buns, chocolate balls, and cardamom buns. They also have carrot cake, scones, and chocolate brownies—so there is something for all tastes.
Open In Google Maps
131 Ringvägen, Södermalm Stockholm, Stockholms län, 116 61, Sweden
+46735977052
Visit Website
Give us feedback 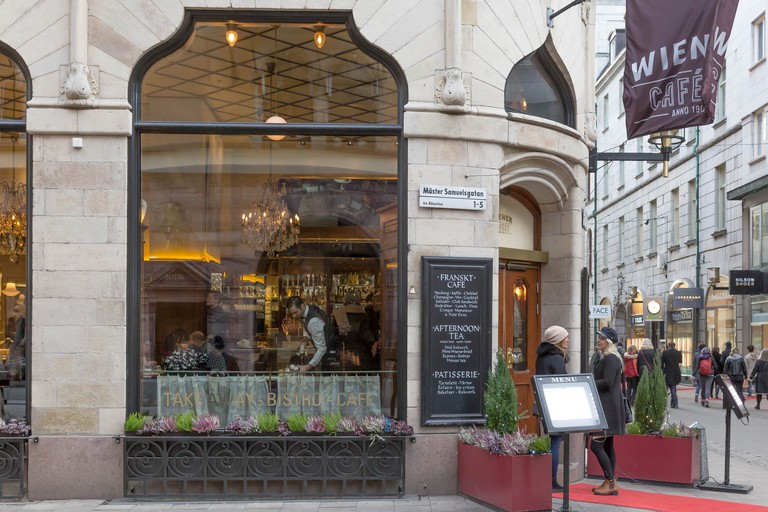 The exterior of Winercafeet | © Marco Verch/Wikicommons
Created to capture some of the cafe culture that has become one of Vienna’s most famous features, Wienercafeet is an Austrian-style café that is located in Ostermalm, right next to Ostermalmstorg subway station. It aims to sell itself as a grand café of indulgence and glamour and is beautiful both inside and out; they also have a superb assortment of baked goods on top of lunch, breakfast, and hot drinks. They serve all kinds of different cakes, as well as Danish pastries and sweet buns.
Open In Google Maps
6-8 Biblioteksgatan, Norrmalm Stockholm, Stockholms län, 111 46, Sweden
+46868423850
Visit Website
Give us feedback

Brillio is both a restaurant as well as bakery/patisserie so you can enjoy a pastry or some exquisite bread in one place before having a full meal in the other. The bakery is located right by the water on Skeppsbron, a beautiful wide avenue in the old town of Gamla Stan. It is a small little shop with a great range of items, including their own homemade biscuits. They even sell homemade ice cream in the summer. It is a great place to pick up a treat for yourself and then sit outside, down by the water, so you can enjoy the view across the bay over to the island of Skeppsholmen.