Why 'Julieta' Is Pedro Almodóvar’s Best Film In Years 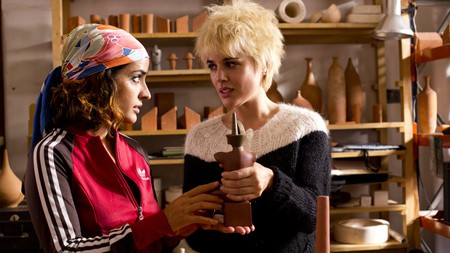 The fanfare that greets every new film from Spanish director Pedro Almodóvar belies his uninspiring recent output. However the emotionally charged Julieta marks a blistering return to form. It’s a film that deserves to sit alongside the likes of Volver and Women On the Verge of a Nervous Breakdown, offering a frighteningly plausible depiction of grief and suffering.

Telling the story of its titular character over the span of thirty years, Julieta unfolds like a Spanish TV novella. That might initially seem like an insult to the auteur, but there is no denying how passionately overwrought the film is at various times.

The acting elevates the film away from initial concerns that the early pulpy setup appears to telegraph, with the two women playing Julieta at significant stages in her life wonderfully capturing a character experiencing unimaginable personal loss. 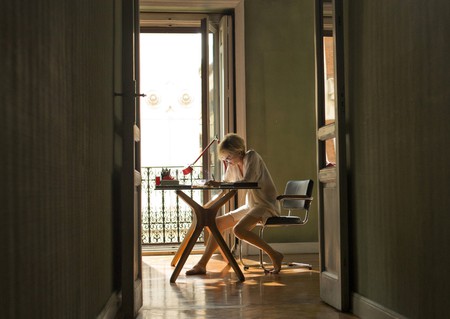 When we first meet the older Julieta (Emma Suárez), she appears to have a perfect life for herself. Her partner, Lorenzo (Darío Grandinetti), is keen on moving away from Madrid to Portugal, a dream she also shares. As she is packing her life away, a chance encounter with an old acquaintance throws everything into disarray and Julieta is compelled to abandon the move and return to her old apartment for reasons that become clear as she writes down her past.

Beatriz (Michelle Jenner), the aforementioned acquaintance, is shocked to see Julieta doing so well. This surprise hints at the tragedy that still haunts her, but it’s the information that Beatriz relays about an absent daughter that truly unsettles Julieta. Lorenzo has previously refrained from digging too deep into the past, knowing full well that there are things Julieta is hiding from him, yet she continues to evade questions, which eventually drives him away for good.

As Julieta begins writing a series of letters to Antia, the grown-up daughter she hasn’t seen for over a decade, we cut to a young woman both figuratively and literally embarking on a life-changing journey. 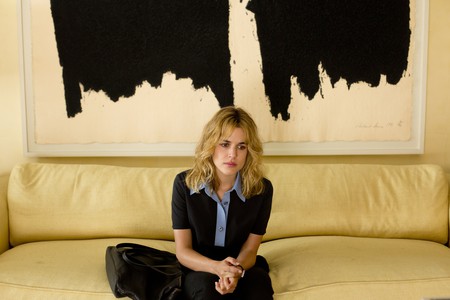 The younger Julieta (Adriana Ugarte) is travelling across Spain to teach classic literature. On the train an older man sits opposite her but, feeling uncomfortable, she quickly leaves and finds comfort with Xoan (Daniel Grao), a handsome fisherman she instantly clicks with. The pair begin a passionate affair and when her teaching placement ends they find one another again and embark on a life together.

Their idyllic life is made even more joyful by the arrival of Antia, their daughter, although there are persistent rumours about Xoan’s closeness to a female friend who supported him when his first wife was dying.

After a series of tragic circumstances, Antia and Julieta move to Madrid, abandoning their picturesque seaside village. The young girl cares for her mother, who is in a deep depression, until the time comes for Antia to begin university life. Then contact between mother and daughter is lost, and Julieta is unable to reconnect with her child after years of desperately searching. 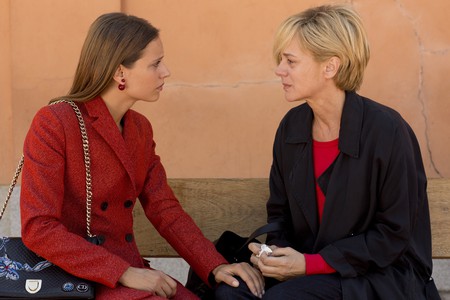 There aren’t a myriad of spoilers to avoid in this film, as much of the later plot is heavily signposted early on. Instead, it is the enthralling way in which Almodóvar documents a strong and confident woman falling apart, struggling to find inner peace in choppy emotional waters.

The inconsequential fluff of I’m so Excited, the director’s previous film, is shelved in favour of one of his greatest strengths: The depiction of female characters and the pitfalls of parenthood.

The Skin I Live In was a devastating film, but it relied on genre shocks rather than the carefully constructed storytelling that marks the best of Almodóvar’s work. You have to go back even further, decades perhaps, to find anything as masterfully directed by the filmmaker.

Both Emma Suárez and Adriana Ugarte convince as Julieta, never relying on histrionics but rather a clever understanding of what makes the woman tick. They wholeheartedly share the space Julieta occupies in her world to the point that we know exactly who she is, even though two very different actresses portray her. When thinking of the character it is impossible to envisage Julieta without seeing Suárez and Ugarte side-by-side, despite the fact that we obviously never see the pair share the screen. 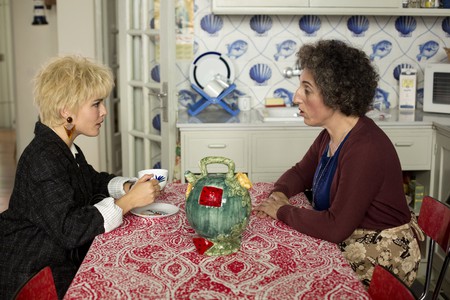 The life events that effect Julieta so greatly creep up on her as much as they would on all of us in real life. Almodóvar uses striking colours, from the deep blue of the sea to the scorched red of rural Spanish farmlands, to promote the ideas of isolation and loneliness.

The movie that brought the director to the attention of international audiences, 1988’s Women on the Verge of a Nervous Breakdown, displayed a maturity showcasing an ‘old’ soul looking to recapture the glamour of the golden age of Hollywood. His subsequent films have become progressively more bombastic in tone, culminating in the gaudy farce I’m So Excited. With his latest effort, it feels like we are entering an exciting new period, kicking off with Almodóvar’s most satisfyingly original film in years.

There is a place for grandiose melodrama in modern cinema, and Almodóvar has expertly found it in this engrossing gem of a film.