What You Must Know About Teide National Park, Tenerife 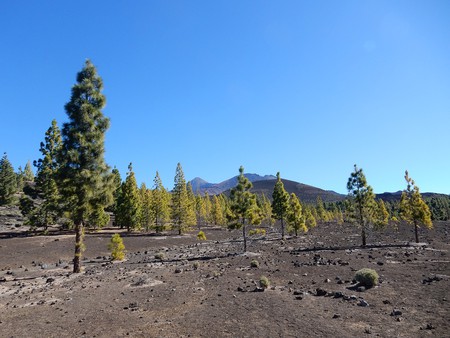 You already know about the sun, the sea, and the sand, but have you explored Tenerife’s true gem at the heart of the island, Teide National Park? In a previous article, we looked at the top things to do in Tenerife, and called the park a must see that plays a vital role in local identity and pride, but now it’s time to dig a little deeper to share some of the wonderful things you can do up high when you visit Tenerife, no matter what time of year it is.

Teide National Park ticks many boxes: not only is it one of Spain’s oldest national parks, but it’s also the most visited with close to three million people exploring its near 19,000 hectares each year. It’s home to Spain’s highest peak (Mount Teide), one of the 12 Treasures of Spain, and a UNESCO World Heritage Site as of 2007, which simply cemented its status as one of the most revered attractions in the Canary Islands.

The park is as much a geologist’s dream as a statistician’s one, with so much to get excited about, from the snoozing giant volcano that is Mount Teide and its hardened lava flows, to the crazy rock formations and bizarre, alien-like landscape. The last major eruption occurred in the park in 1909, and as Mount Teide occasionally still puffs out the odd bit of steam and sulphur, it’s by no means dead and buried, merely biding its time; time that you can use to get out and about in the diverse scenery, be it above the clouds watching the sunset or treading amongst the robust, richly scented pine forests. 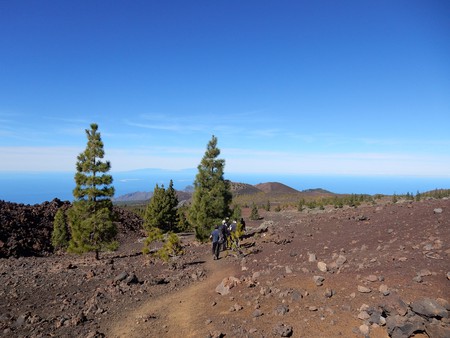 What To See & Do In Teide National Park

Tenerife is well stocked with companies offering tours, transport (public or private), and gear, which makes exploring the Teide National Park easier than ever before, no matter where you’re staying on the island. You’re likely to find a wider selection of facilities and operators in the south, as this is the more popular side for holidaymakers but you shouldn’t struggle if you’re based in the north.

An obvious choice but for a good reason, the cable car ride up the mountain gives you spectacular views without any effort, as its whisks you to the top in a mere eight-minute ascent. You emerge onto a platform with a loose-stone path that leads you round the curve of the mountain peak.

You can take the car up at any time between 9am and 4pm, while special evening tours can be booked through the park authority to make the most of the view at sunset, as you enjoy a glass of fizz and a local Canarian dinner (which are included). It’s worth remembering that as a massive mountain the altitude can be an issue, so anyone with any heart problems, respiratory issues, or who is heavily pregnant is generally deterred from hitting the summit.

Pro tip: pack layers and good walking shoes! No matter how warm and sunny it appears, the higher you climb the colder it gets, and standing at over 3,000 metres, the peak of Mount Teide is one chilly place if you’re wearing only a t-shirt. Think jumpers, coat, gloves, a hat and, of course, your camera. 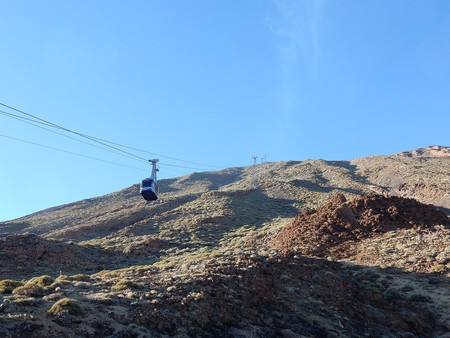 Tenerife is understandably proud of its trademark clear skies (the odd cloudy evening and full moon glare aside), and there’s nowhere better (in Europe, it’s said) to peer through a telescope and see sparkling stars, planets, and galaxies than in the national park, away from any light pollution. Various companies offer stargazing sessions in the national park, such as the official mountain guides and independent pros like Astro Amigos and Teide Astro. If you’re truly into your stars, the Tenerife Observatory also makes for a fascinating trip, and offers guided tours which you can book in advance. 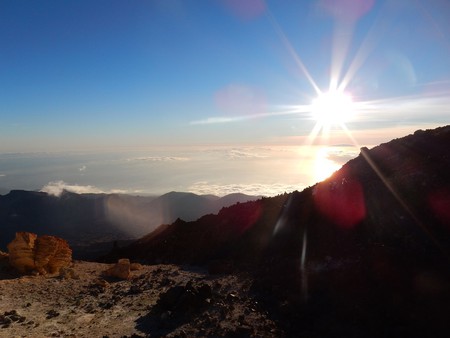 Whether you’re after a short stroll, easy hike or more intense climb, there are routes and trails for all abilities in Teide National Park. The landscape varies depending on your altitude as it gradually gets arid, less green, and more volcanic in nature the higher you go. For a delightful taste of what the park has to offer make sure you visit the crater at Samara; offering a gentle path passing lava flows with views across to neighbouring La Gomera. It’s a round route that takes around an hour and a half to two hours depending on your speed.

For something a little more challenging, why not tackle Mount Teide? It’s a demanding climb that takes roughly six hours, but the views are worth it and you can always hop on the cable car to get back down. 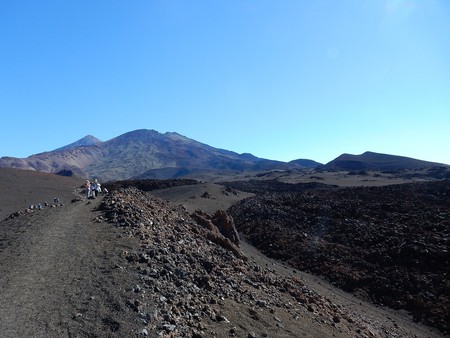 Lava flows with Mount Teide in the background | © Kirsten Henton

Los Roques de Garcia run from north to south along the main caldera in Teide National Park, some 2,000 metres above sea level yet roughly 1,700 metres below the top of Mount Teide. Roque Cinchado is the most famous and recognisable of the formations, having been eroded into an almost inconceivable shape, perched in the plain below Mount Teide. Ogle in awe and light up your Instagram with snaps of this seemingly impossible natural sculpture park. 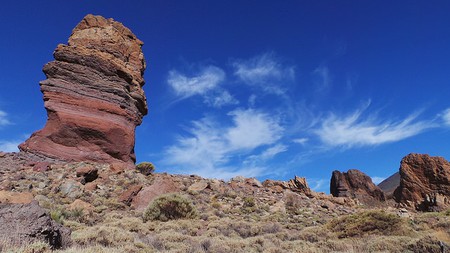 Whether you’re familiar with the necessary run and jump of paragliding or a complete novice, taking a leap in Teide National Park is something you won’t forget. Paragliding is hugely popular in Tenerife with more than 40 launch sites and an ample selection of clubs offering the gear, advice, and guidance.

If it seems a little daunting, opt for a tandem jump which sees you strapped to an instructor who takes care of the business side of things while you simply enjoy the ride. A fabulous route is from Izana, in the northeast of the national park near the observatory, down to Puerto de la Cruz in the north of the island in 30 minutes. 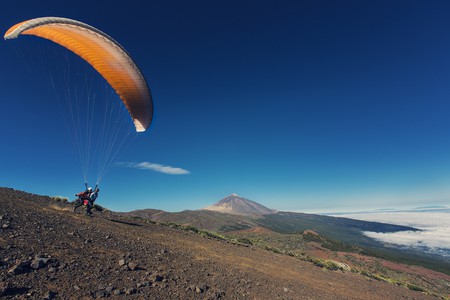 Tenerife enjoys stable weather with plenty of sunshine and warm temperatures that vary marginally from January to December. This makes it popular and accessible all year round, so deciding when to go comes down to precisely what type of weather you like. For the most sun and highest temperatures, aim for summer, while winter offers warm days and cool evenings, with plenty of sunshine, possibly even some snow up Mount Teide.