What to Know Before Drinking Absinthe in Barcelona 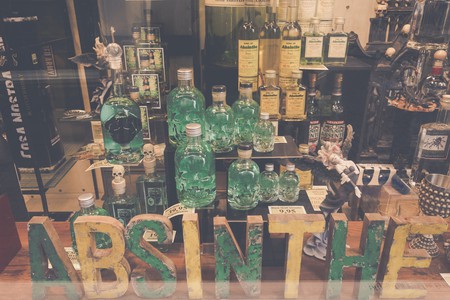 A selection of absinthe bottles | © A of DooM / Flickr

Associated with the bohemian culture of 19th-century Paris, absinthe is probably one of the most mysterious drinks of all times. Here in Barcelona, absinthe bars have existed for decades, sometimes centuries, despite the drink being banned in many parts of the world. Read on to find out what you should know before embarking on an adventure to drink absinthe in the Catalan capital.

Despite the veil of mystery which surrounds it, absinthe closely resembles the familiar spirit, gin: a neutral base alcohol is distilled, with the addition of certain plants for flavour. One big difference is that while gin usually gets bottled at around 40% alcohol by volume (ABV), absinthe usually hits the shelves somewhere between 45% and 70% ABV, making it a considerably stronger spirit.

Absinthe gets its name from one of the key ingredients in its production: wormwood or artemisia absinthium. Other plants usually used in the production of absinthe include green anise and sweet fennel, which give absinthe a distinctive anise flavour not dissimilar to its close cousin, pastis. 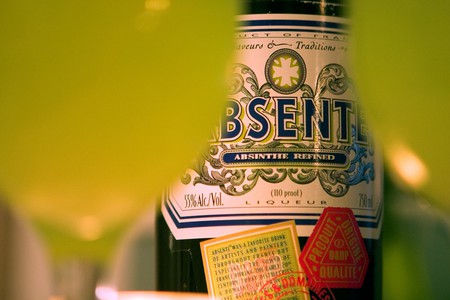 The literary crowd’s drink of choice

By the 19th century, absinthe was a popular drink across much of Europe and proved particularly popular with the bohemian crowds in Paris, where it earned the nickname la fée verte or ‘green fairy’, owing to its distinctive colour and the belief that absinthe had psychoactive properties. Oscar Wilde claimed to have seen tulips growing on his legs after one particularly long night of drinking the spirit. Vincent Van Gogh, Pablo Picasso, Ernest Hemingway, James Joyce and Charles Baudelaire all enjoyed a glass of absinthe.

In Barcelona, the Bar Marsella – which opened its doors in 1820 – is said to have been where Salvador Dalí, Ernest Hemingway and others came for a glass of absenta when staying in the Catalan capital. The city was itself home to a thriving artistic community which could often be found in Els Quatre Gats café – inspired by Paris’s iconic Le Chat Noir – and here, too, the absinthe flowed. 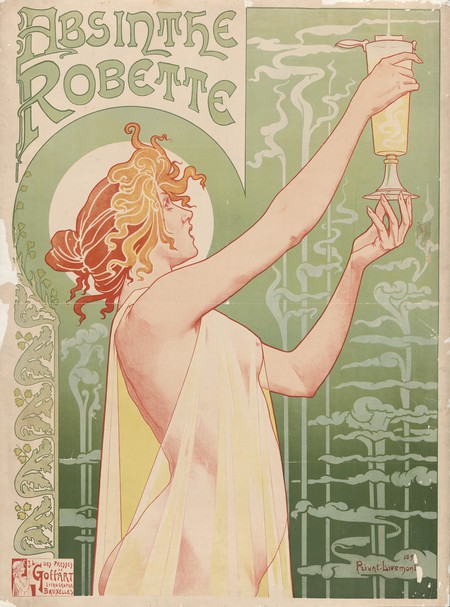 However, in the early 20th century there was growing concern over the perceived immoral influence of absinthe, and it was ultimately banned in all European countries except the United Kingdom, Sweden and Spain, where absinthe manufacturing continued through much of the 20th century.

How to drink absinthe

The rites and customs surrounding the drinking of absinthe have perhaps contributed to the sense of mystery surrounding it. In particular, images of absinthe glasses roaring with flames can be somewhat intimidating to those who aren’t too sure what’s going on. The good news is that for many absinthe drinkers, the flame ritual is just something of a tourist-pleasing gimmick.

Because it has an eye-watering 70% ABV in some cases, you’ll need to dilute absinthe with water in order to enjoy it. Often, people choose to add sugar to balance the bitterness of the wormwood. Hence the slotted spoon, the sugar cube and the bottle of still water you’ll likely be handed upon ordering your first glass.

Place the sugar cube on the slotted spoon, balance it over the glass and then let a few drops of water fall onto the sugar cube so that it dissolves into the glass. This way, you can control how much sugar you add and how much you dilute the drink with water. Easy. If you see anyone dipping the sugar cube in the absinthe before balancing it on the spoon and setting it alight, just cast an unimpressed shrug and mutter something about spoiling the absinthe’s aromas. 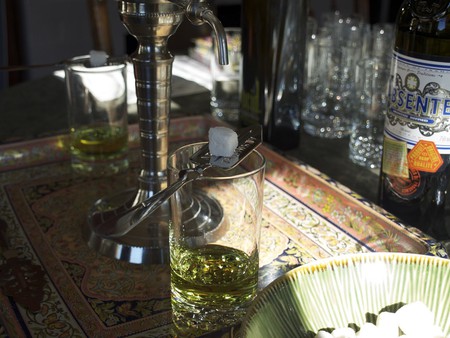 Where to drink absinthe in Barcelona

For nearly two centuries now, the Bar Marsella in Barcelona has been the go-to spot for absinthe in the city. These days, the Raval institution is as popular with travellers as it is with locals, but don’t let this deter you from trying it at least once. The dusty shelves and flaky wallpaper contribute to the feeling that not much has changed in the past century at this bar, where Woody Allen was spotted a number of times during the filming of Vicky Cristina Barcelona (2008). 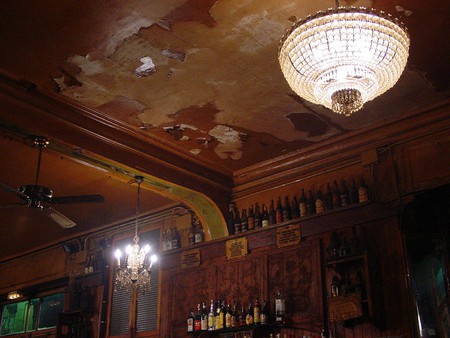 Another place locals know to frequent when they’re in the mood for absinthe is the Bar Pastís just off La Rambla. Suitably dark for a place you’re likely to end up stumbling in, the Bar Pastís is also popular for its crowd-pleasing live-music scene.

Finally, the Absenta in Barceloneta has been on the go since 1827 and is still considered one of the best places to drink absinthe in town. Their website quite accurately describes them as having a ‘dive bar flair’, and that’s all part of the appeal.