Welcome to the Oldest Cocktail Bar in Barcelona 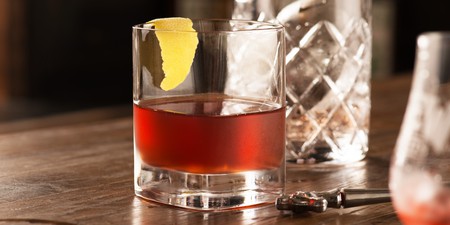 A Sazerac Hero | Courtesy of Boadas

While there are cocktail bars on every street corner in Barcelona today, it hasn’t always been like this. The fact that Boadas Cocktails sits just off La Rambla already says something about its age – it’s been there since the time of the infamous boulevard’s heydey. What’s more impressive though is that it has stood the test of time and is still one of Barcelona’s most popular cocktail bars today.

From Havana to Barcelona

The story of Boadas starts all the way across the Atlantic in Havana, Cuba, which is where Narcís Sala Parera, a Cuban resident of Catalan descent, ran one of the island’s most frequented cocktail bars: La Floridita. The bar was not only famous for its daiquiris but also for being one of the favourite hang-outs of none other than Ernest Hemingway. 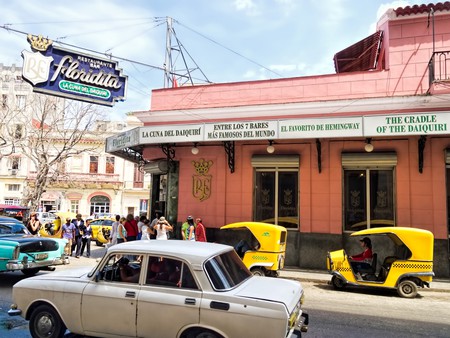 Aged just 13, the owner’s cousin, a certain Miguel Boadas, embarked on the journey from his hometown of Lloret de Mar in Catalonia to the land on which he had been born. He soon learned the art of the shaker and was pouring cocktails in no time. By the time he was in his twenties, he was the life and soul of La Floridita and was happily settled in Havana.

A golden era of drink

Life, however, has its twists, and in 1922, Boadas returned to Catalonia for financial and personal reasons. He was soon back behind the bar counter, shaking drinks at the popular Canaletes café. That was until he found a venue of his own on a street behind La Rambla and opened the first bar in Barcelona dedicated entirely to the art of cocktail making. Boadas, the bar, was born. 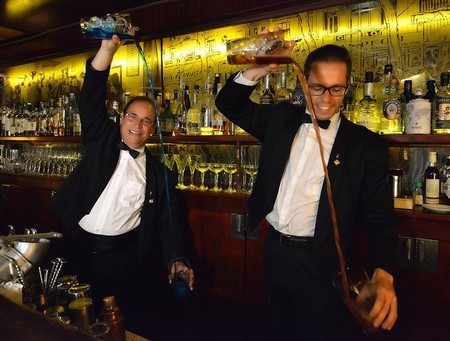 Pouring in sync Courtesy of Boadas

At first, the locals were skeptical – a bar dedicated exclusively to cocktails couldn’t possibly survive. Until then, people drank at cafés and sat around tables away from the bar, not perched on bar stools – something most residents hadn’t seen before.

If the locals were uneasy at first, they soon took to the concept, especially when the city’s artistic and intellectual crowd began frequenting Boadas on a regular basis. Local poets, playwrights, cartoonists and artists, including Joan Miró and Carles Soldevilla, all patronised the bar.

Boadas was in love with the city and the people who inhabited it, especially those who contributed to its cultural life. He lived in a flat just round the corner from the bar and came in every day, until the end of his life. He loved his clients, and they loved him.

Adapting to the 21st century

It would be easy to imagine that a bar whose reputation depended so heavily on the personality of its owner would be doomed to failure eventually. However, after Miguel Boadas passed away some years ago now, his daughter, Maria Dolores – who practically grew up in the back of the bar – and her partner José Luis Maruenda (both of whom have since passed) managed to keep the bar’s reputation alive. 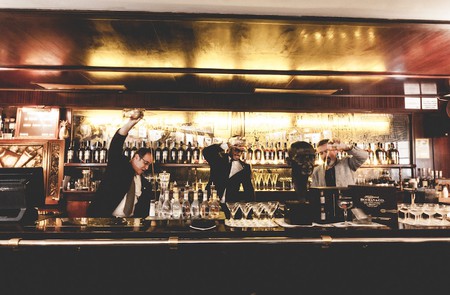 Barmen at work Courtesy of Boadas

What makes Boadas such a remarkable place to drink in is the fact that the décor remains seemingly unchanged since the 1930s, with pictures of patrons from years gone by hanging from the walls. The classic wood and brass bar curves around the room, narrowing in the corner of this rather small, triangular venue.

Obviously, reputation alone wouldn’t last long in the age of social media and instant online reviews. While Boadas learnt the ropes of cocktail making in Havana, the barmen at Boadas’ bar today are professionally trained, expert cocktail makers. Tell them what you’re in the mood for or don’t; let them read your face and guess. The guys behind the bar know what they’re doing.