Valley of the Fallen: Is This Spain's Most Terrifying Tourist Landmark 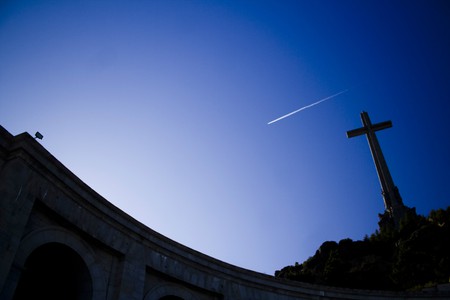 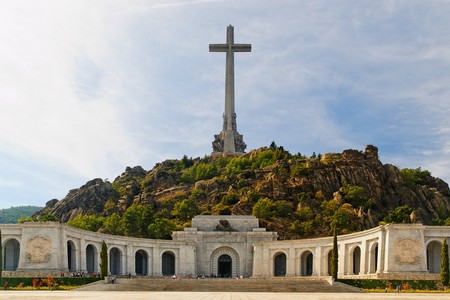 The Valley of the Fallen | ©Emilio García/Flickr

Look out of the window as your plane comes in to land in Madrid and you are likely to spot a huge cross looming over the hillside of the Sierra de Guadarrama, the mountain range northwest of the city. The 150m (500ft) granite structure – the tallest memorial cross in the world – is a chilling shrine to the victims of the Spanish Civil War (1936-39) and its victor, Spanish dictator General Francisco Franco.

The colossal structure was built over a 20 year period in the 40s and 50s by Republican prisoners on the orders of Franco. They burrowed the gigantic vaulted crypt of the basilica out of the hillside. Franco was buried in the basilica, under a simple stone slab laid into the ground, after his death in 1975 – the only person buried in the Valley of the Fallen who did not die during the Spanish Civil War. He is surrounded by the remains of thousands of his fellow Nationalists and opposition Republicans. 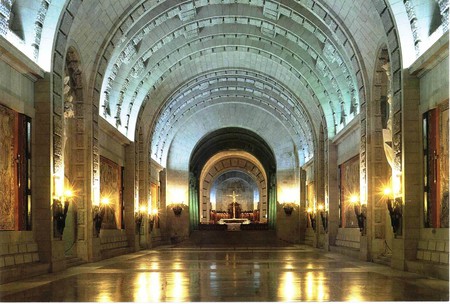 Despite its eeriness, The Valley of the Fallen is one of Madrid’s top tourist attractions, with over a quarter of a million visitors a year. Admission is €9($10.20) and there is an on site café where families can get a drink and a snack after visiting the final resting place of Spain’s former oppressive dictator.

But for obvious reasons, it remains controversial, with many Spaniards having campaigned for years for the removal of Franco’s remains. Efforts have so far been futile, with the ruling Popular Party refusing to budge on the issue. 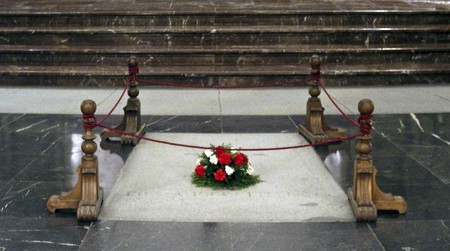 More than 40 years after his death, Franco’s bitter legacy refuses to die. There are still thousands of people buried in unmarked graves across Spain, killed by Francoist forces during the Civil War, and their relatives continue to battle to have them exhumed so they might offer them a proper burial.

In the 2000s, the Socialist government of the time brought in a law to remove all Francoist symbols from public buildings and streets. Street names were changed, statues were torn down and shields and crests were removed from town halls across the country. But the mammoth Valley of the Fallen remains the most enduring symbol of Franco in Spain, and this one is not so easy to tear down. The Valley of the Fallen is 60km (37 miles) from Madrid. The basilica is open from 10am-7pm Tuesday-Sunday, admission is €9($10.20).