Top Things To Do In The Alpujarras, Granada 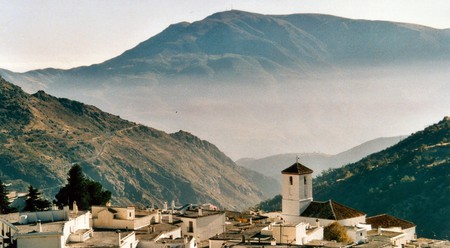 The Alpujarras is a region of mountain towns and villages that lie on the southern slopes of the Sierra Nevada, just one to two hour’s drive from the city of Granada in Andalusia. The area was made famous by Chris Stewart’s Driving Over Lemons series of novels about life in rural Spain, and manages to still retain much of its original and natural charm. The area is characterized by deep gorges, soaring peaks, gushing waterfalls and picturesque, white-washed villages. Here’s our roundup of where to go and what to see to make the best of your trip to this magnificent location.

The most typical dish from the Alpujarras region is the Plato Alpujarreño – the Alpujarran version of an English breakfast or fry-up. You’ll find many different versions, but the most traditional feature morcilla (black pudding), some type of sausages such as longaniza, patatas a lo pobre (fried potatoes with onions, garlic, and green peppers), some ham and maybe a fried egg. You’ll find the Plato Alpujarreño served in almost any restaurant in the region.

Make your way to the hilltop village of Trevélez, the highest village in Spain, and also one of the highest in Europe at over 4,800 feet above sea level. As well as being famous for its lofty heights, it’s also well-known for its celebrated jamón serrano, typical Spanish dry-cured ham, so don’t forget to buy a packet to take back home with you. 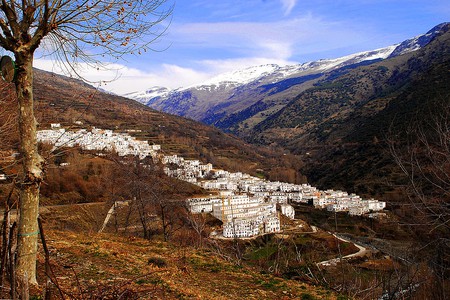 The spa town of Lanjarón is celebrated for its natural spring water and was actually home to Spain’s first bottled water company, which is still active today, selling bottled Alpujarran water throughout the country. On June 23rd, like most places in Spain, the town celebrates the Fiesta de San Juan, but instead of celebrating with fireworks, they have a giant water fight – the biggest in Spain. Starting at midnight for exactly one hour, the town goes mad, spraying each other from bottles, hoses, water pistols and even fire engines. If you’re not here for the fiesta you can explore the ruins of the town’s Moorish castle and relax in the Balneario de Lanjarón spa, where you can enjoy everything from bubbling pools and massages to mud baths and steam rooms. 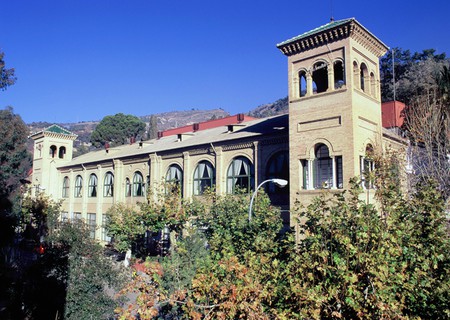 The Alpujarras are ideal for walking and hiking enthusiasts, with many trails and routes throughout the area, and higher into the Sierra Nevada National Park. Many of the best hikes leave from the villages of Trevélez and Bubión and can lead to beautiful waterfalls or lookout points. Those serious about hiking and mountain climbing can challenge themselves by scaling Mulhacén, the highest mountain in mainland Spain.

Driving through many of the Alpujarran villages, you’ll see swathes of colorfully hand-woven woolen rugs for sale, hanging outside shopfronts along the roadside. A traditional handicraft from the region, they make an original souvenir from your trip. Other typical handicrafts from the Alpujarras include woven baskets and ceramics. 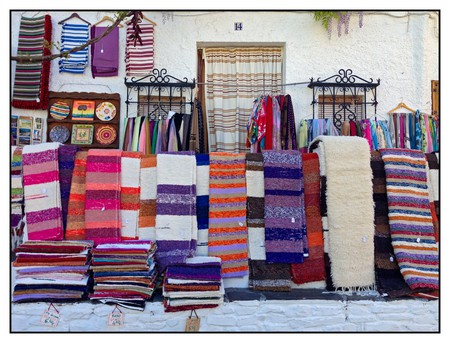 Visit the White Villages of the Poqueria Gorge

The three White Villages of the Poqueria Gorge – Pampaneira, Bubión and Capileira – are among the most picturesque in the Alpujarras, filled with white-washed houses, charming little churches, shops selling traditional handicrafts and outdoor cafés. Pampaneira is the lowest of the three and is home to many cute shops, including Abuela Ili, an artisanal chocolate shop, and factory. Bubión is the next village, an ideal starting place for hikes and also home to the Casa Alpujarreña folk museum. Capileira is the highest village of the three and has many vestiges of its Moorish past, as well as a church built on the site of an old mosque. To learn more about the village and the area, visit the Museo Etnológico Pedro Antonio Alarcón.

The Alpujarras lie on the slopes for the Sierra Nevada, home to one of Spain’s most popular ski areas, so if you’re here from the end of November until April, then make sure to hit the slopes at the Pradollano ski resort. Pros can whizz their way down the pistes, while those who want to learn can take a lesson provided by one of the ski schools on site. 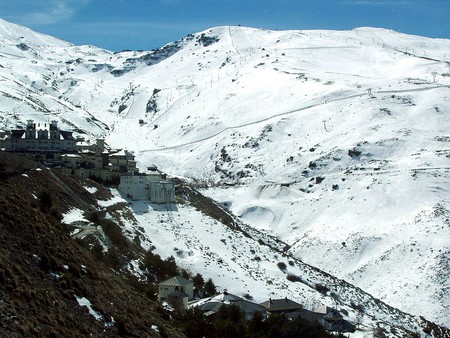