Beneath the surface, Barcelona offers much more than churches and tapas. For those wanting to experience the Catalan city’s road less traveled, here are 10 of the best alternative places to see and things to do.

Competing for one of the top locations for 360-panoramic views of the city, the bunker has been a favorite among picnic-goers, historians and romantics who are looking to escape the crowds. Placed high above the city, it has views which stretch far enough to the sea to make the experience photogenic and breathtaking. This is particularly true as the sun starts to set over Mount Tibidabo. The bunker dates back to the Civil War in the first half of the 20th century and was built as an anti-aircraft battery. This allows for visitors to ingest Barcelona’s rich history. The bunker can be reached from the city center by V17 bus or Alfons X metro, but be prepared to wear comfortable shoes for the final uphill stretch.

Bar, Pub, Spanish, $$$
Facebook
Email
Twitter
Pinterest
Copy link
Share
Tucked away in Raval away from Las Ramblas hum of tourists, Bar Marsella is a must for those wanting to invoke the presence of Picasso, Dali, Hemingway and other artistic spirits. The historic ambience of the bar allows you to experience nostalgic Barcelona. If the bar’s history doesn’t satisfy you, their array of absinthe will. Soak in Barcelona’s atmosphere in one of the oldest bars around town. Bar Marsella | © Longster47/Flickr

Catalunya’s coveted culinary variety can intrigue visitors from every corner. However one of the most exclusive produce grown here is so celebrated that locals can be found tucking in to the grilled calçots wearing large bibs with romesco sauce dripping from their lips. Friends and families take to the countryside to enjoy large, open barbecues (known as calçotadas). Here they eat the onion-like vegetables in these seasonal events that take place between January and March. Calçots are one of the city’s specialties and should be eaten with fingers alone – note the need for adult bibs. Make sure you don’t miss you on such spectacular sights and the opportunities to enjoy the Catalan cuisine away from the crowds. 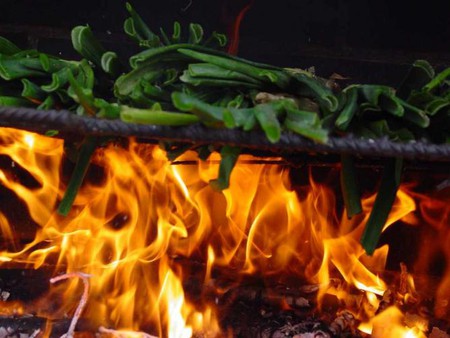 For those really searching for different attractions in Barcelona away from the typical tourist trail, a trip to Terrassa to visit the spooky and haunted Hospital del Tórax should satisfy. The abandoned hospital once catered for patients with respiratory problems and various illnesses until its closure in 1997. Since its closure, visitors have wandered through its halls claiming to see ghosts lurking in corners and windows. The venue has even been featured in paranormal activity documentaries. Located slightly further from Barcelona city center, this place draws thrill-seekers and adventure enthusiasts who won’t be disappointed. 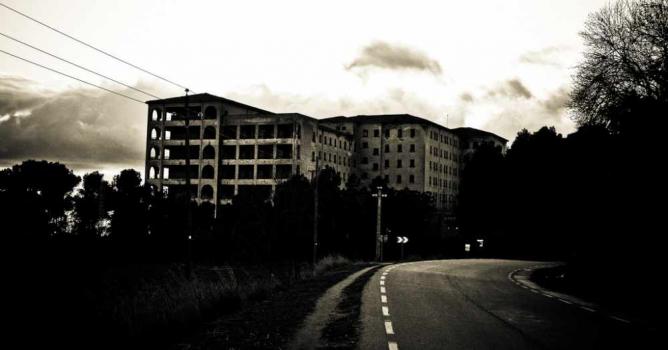 El Born is understandably favored among tourists, with its meandering cobbled streets and endless collection of quirky and fashionable bars and restaurants. Carrer dels Carders runs horizontally across the barrio attracting many visitors, but is also home to one of Barcelona’s hidden gems of the food and drink world. Espai Mescladis is a bar/cafe that is decorated with its vibrant, mismatched terrace and archway of Catalan exhibitions. The cafe is part of an organization that supports social inclusion and integration of immigrants. This makes it not only a rich, cultural and atypical treat with delicious coffee and snacks, but a feel-good experience since you know your money contributes to a good cause. 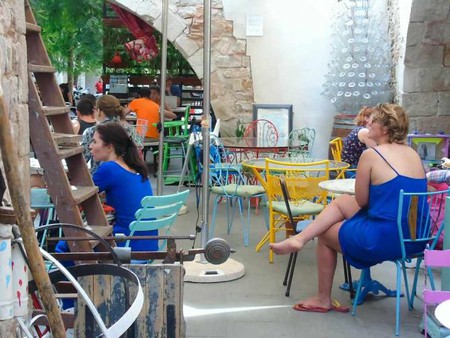 Barcelona has abundant water sports and beach activities, from beach volleyball to jet skiing and paragliding. For those who want to enjoy the sea and not the sea of tourists, various companies offer sailing trips where you can escape Barcelona’s beaches. With these you can still marvel at the coastline from the comfort of a small sailing boat. For an authentic experience, opt for a small sailing class and learn how to work the masts while enjoying the company of local sailors. Head to Port Olympic for an array of companies offering classes and trips – be careful to avoid the ‘booze cruises’. 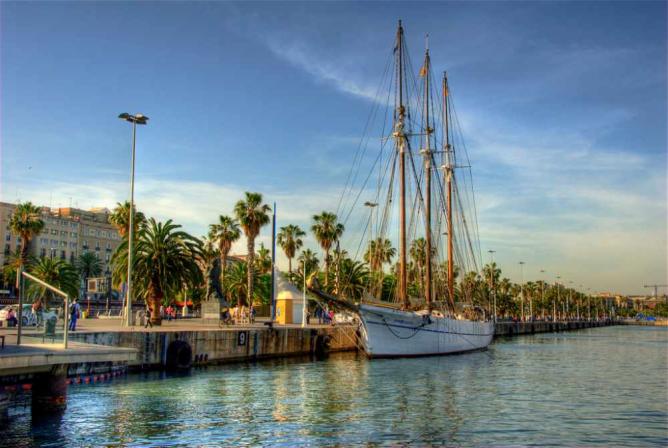 Barcelona has an array of artistic and hauntingly beautiful Gaudi projects scattered around the city. However, one of the less visited and often forgotten design lies north of the city center with infrequent visitors and few features in tourist guides. The plans for Casa Vicens originate from the late 19th century and offer innovative, mischievous and pioneering artistic design that spurred Gaudi further. One of the originals, Casa Vicens has beautiful characteristics and is well worth the trip to San Gervasi to complete the holiday photo album. 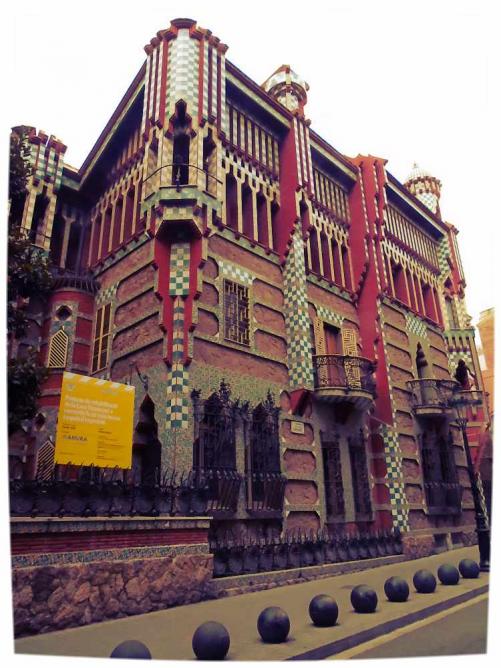 One of Barcelona’s lesser known specialties will have you intoxicating yourself in authentic bars filled with unlabelled green bottles and a little old man behind a dusty counter. The suspiciously named ‘Panther’s Milk’ is a concoction best served with cinnamon sprinkled on top. It has a delicious and particular taste that leaves you wanting more. However, the delicacy should come with warning labels to prepare you for the hangover the morning after. Find panther’s milk sold by the bottle in bars located on Carrer Merce and parallel Carrer Ample in Barcelona’s Gothic Quarter. 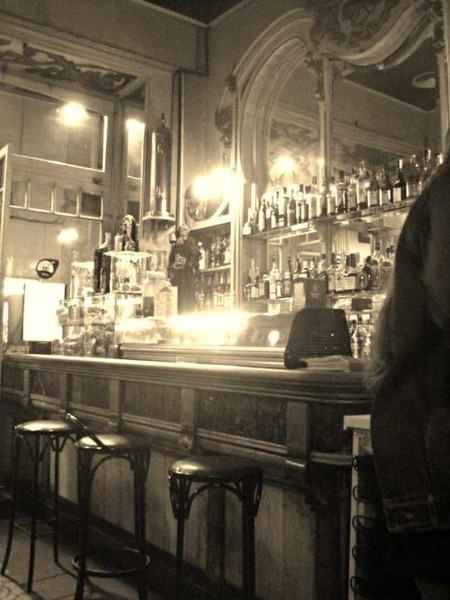 While most tourists flock to the Nou Camp stadium that has the infamous football club of FC Barcelona, many miss out on a more authentically Catalan experience of rivals Espanyol. Estadi Cornellà – El Prat is filled with passionate Spanish or Catalan locals roaring proudly and patriotically for their team. They all share the same rivalry against their more internationally recognized counterparts. Catching an FC Barcelona game may be thrilling and one of the key attractions of visiting this city. However, those wanting to avoid seas of tourists and are looking for a rich, cultural experience should opt for cheering on underdogs Espanyol on their impressive playing ground. 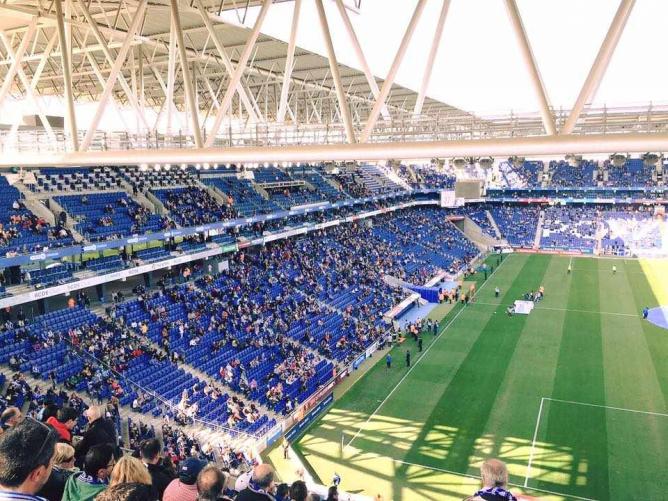 Wandering the neighborhoods of Barcelona will undoubtedly lead to stumbling upon many plazas of all sizes and styles, each offering their own individual contribution to the city’s composition. Plaça San Felipe Neri is one of the more secluded and concealed squares with fewer crowds. Yet it still possesses a hauntingly magical ambience and moving history that rivals others. The square is petite and composed of an old church and school covered in shrapnel holes from the civil war, with an elegant fountain in the center. Visit the plaza at sunset for optimal romance and take in the city’s hidden war wounds in the serene surroundings. 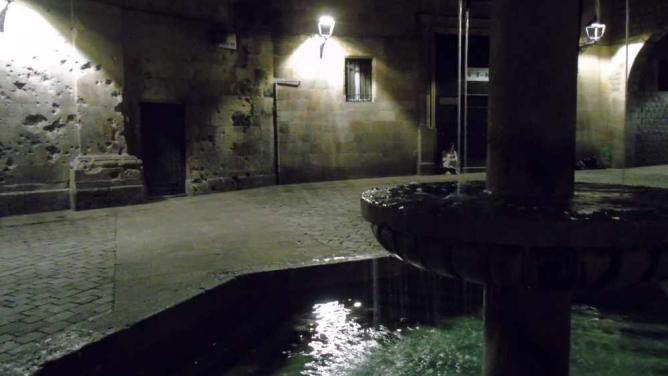