Top 5 Artists You Never Knew Were from Granada 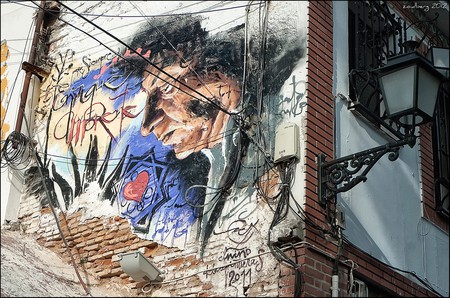 Granada has always attracted writers, dreamers, painters and poets from all over the world. But its incomparable location at the foot of the Sierra Nevada mountains – spilling out from the steep, verdant Darro Valley and overlooked by the greatest Moorish fortress in Spain – means it’s been home to a few of its own, too. Here are some of its most talented and influential sons and daughters.

Federico García Lorca is arguably Spain’s most famous poet and writer, but less well known is the fact that he was born in a small farming town just a few kilomteres outside of Granada. His family moved to Granada capital when Lorca was 11, into an elegant townhouse that’s now a museum dedicated to his life and work. 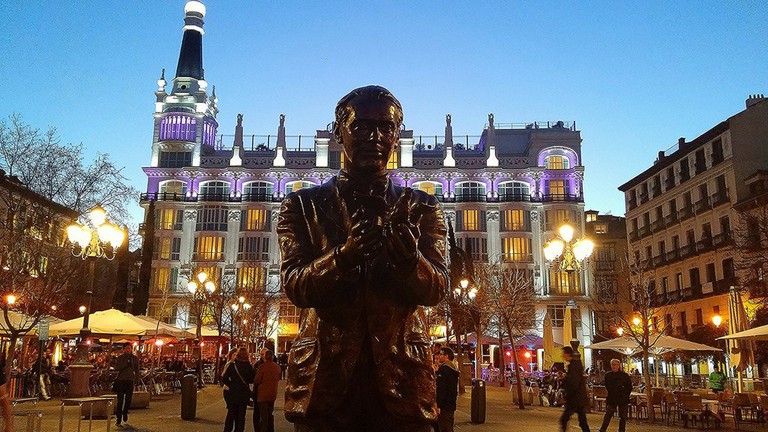 Lorca drew his first artistic inspiration from music, especially the romantically-charged works of Chopin and Beethoven. It was only after arriving in university in Madrid aged 20 – where he would soon meet Salvador Dalí and Luis Buñuel – that he began to seriously concentrate on writing.

Over the years that followed, he forged a reputation as one of the leading artists of Spain’s avant-garde, with works of poetry and prose inspired by Spanish folklore, flamenco and the culture of Andalusia. It was a book of poems about his home region – 1928’s The Gypsy Ballads – that brought him fame across Spain. Lorca was murdered at the beginning of the Spanish Civil War in 1936, somewhere near Granada. Mystery and specualtion still surround the exact circumstances of his death, though, and his grave has never been found.

Opposite one of the best tapas bars in central Granada, three simple words are scrawled on a battered old wall in spray paint: “Vive Morente,” or “Long live Morente.” It is a subtle reminder of the huge influence Enrique Morente, a Granada-born flamenco singer and innovator, had on the constantly-evolving art he practiced.

Morente’s flamenco credentials were impeccable. He was born in Albaicín, Granda’s old Arabic quarter and an area steeped in flamenco. Encouraged by musical family members and saturated in the flamenco culture of Albaicín, he started to sing at a very early age and, when still only in his teens, headed to Madrid to pursue a career as a professional musician. 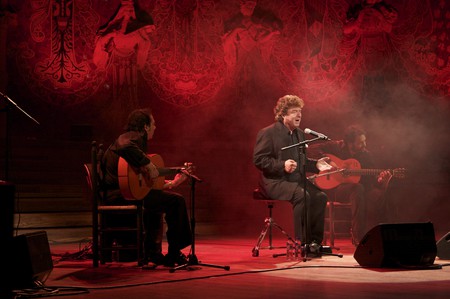 His first recordings, made in the late 1960s and early 1970s, adhered to the traditional forms and rythms of flamenco and were widely praised by purists. But Morente eventually tired of these and became more experimental, much to the dismay of those who had lauded his early works. A 1996 record, Omega, made in collaboration with the Spanish alternative rock group Lagartija Nick, was a step too far for many. Like him or not, though, Morente was one of the most challenging and inventive figures in flamenco’s recent history.

Enrique Morente’s contribution to the flamenco tradition didn’t stop with his death. His daughter Estrella Morente, now 36, has also established herself as a respected and successful flamenco singer, avoiding the fate of simply being “that famous singer’s daughter.”

Although, as she was growing up in Sacromonte – the achingly romantic gypsy flamenco neighborhood of Granada – there were certain perks of being the great Morente’s little girl. When Estrella was seven, she performed with the legendary flamenco guitarist Sabicas; at 14, she sang with her father in a rock-flamenco fusion concert. In 2001, she came to the world’s attention with the release of her first album, Mi cante y un poema (My Songs and a Poem), as well as a high-profile wedding in Granada to bullfighter Javier Conde. 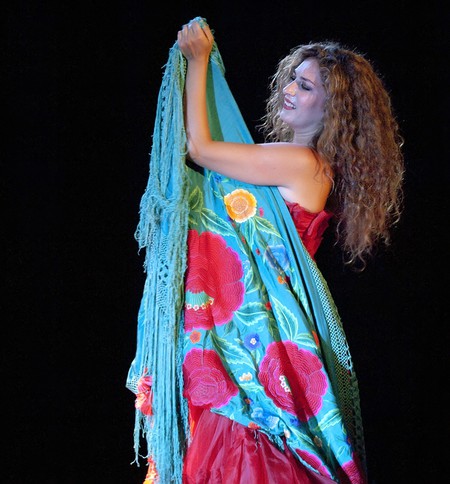 Estrella has released five records since then and was Penélope Cruz’s singing voice in the 2006 film Volver. Elements of the tradional flamenco forms that characterized her father’s early work are present in her singing, but so too is a new, fresh voice that is bringing flamenco to a younger audience.

Consistently one of Spain’s top-ranked bullfighters, local boy El Fandi always draws huge crowds when he performs in Granada’s enormous bullring. In 2005, he achieved the exceptionally difficult and dangerous feat of performing in more than 100 bullfights in a single season, thus becoming the world’s number one matador. His efforts to reach the height of his art and profession were caught in a superb film by Nina Seavey and Stephen Higgins called The Matador – well worth a watch for anyone curious about bullfighting. 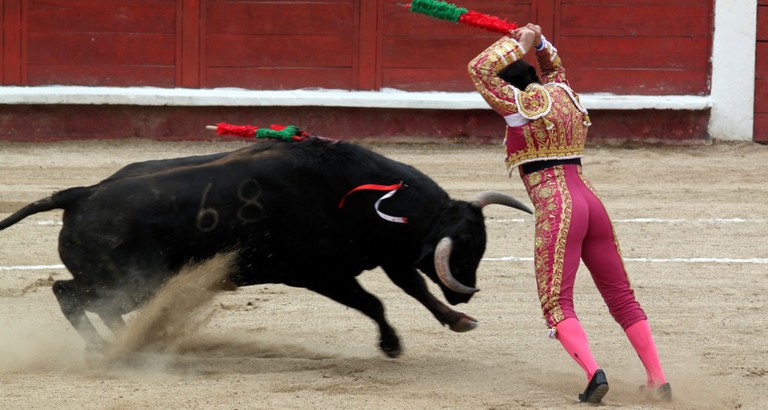 Born in Granada to a family who loved bullfighting, El Fandi was a keen and talented athlete when growing up, spending his teenage years as a member of Spain’s national skiing team. After deciding to switch to bullfighting – a spectacle covered in the arts pages of the Spanish papers rather than the sports section – he moved to Almería to train in the taurine academy there. In 2000, he made his professional debut as a matador in his home town, during the city’s prestigious anual Corpus Cristi festival – with a fractured elbow.

Since then, El Fandi has earned himself a reputation as a great performer with the banderillas, the brightly-decorated, barbed sticks that are placed in the bull’s shoulders in the second stage of the bullfight.

If you think you don’t know Cano or his work, you’re almost certainly mistaken if you’ve visited Granada. Cano’s greatest architectural achievement is the façade of the city’s mighty cathedral, for which he was given the commission in 1652 but which wasn’t actually erected (according to his design) until after his death. 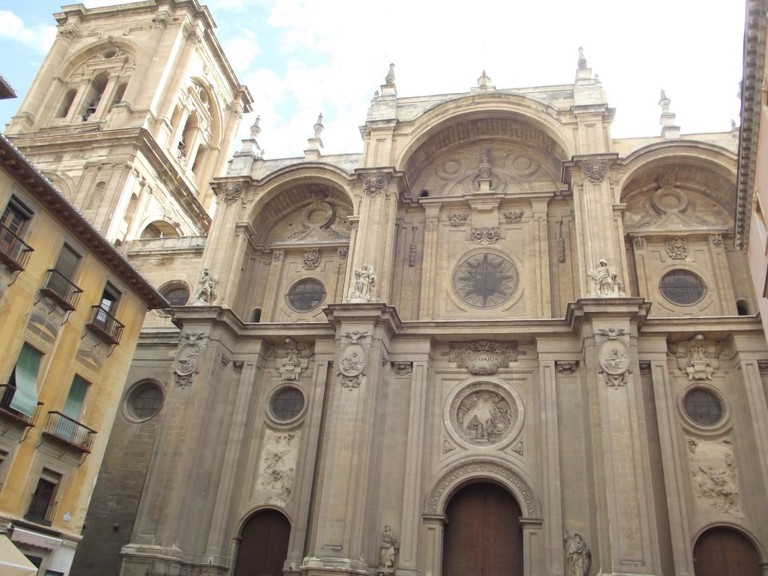 Cano was something of a Renaissance man and had flair for painting and sculpting as well as architecture. Granada’s Musuem of Fine Arts holds some of his work, although one of his most important sculptures, ‘Madonna and the Child’, is in the church of Lebrija in the province of Seville.

When he wasn’t painting, designing great buildings or sculpting, Cano was apparently often in a foul temper. A Granadino with a serious case of mala folla – the particular type of irritable melancholy that Granada’s locals are supposedly susceptible to – he would fly into rages at the smallest things. According to a particularly amusing story, he once smashed a staute of a saint to pieces when a potential customer balked at the price Cano named – a spontaneous act of fury which could have earned him the death sentence.