Top 10 Things to See and do in Ruzafa, Valencia 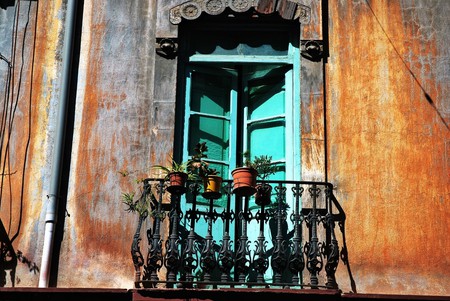 A balcony in the Ruzafa district, Valencia | © Daurmith / Flickr

Every big city has its hipster district, and Valencia is no exception. Welcome to the lively barrio of Ruzafa (also spelled Russafa). A formerly run-down neighbourhood next to the train station, it’s now a colourful hotspot for food, culture and the arts. Packed with chic cafes and artists’ studios, it has a vibe unlike any other part of town, and is well worth exploring.

Much of the neighbourhood’s activity seems to centre around this big, colourful rectangle. Inside, you’ll find the local market, with great produce and a traditional feel. You’ll find the same top-quality meats, cheeses, fruit, vegetables and seafood as at the Central Market, but on a smaller scale, and without the tourists. Many of the cool, independent cafés around Ruzafa source their ingredients here. 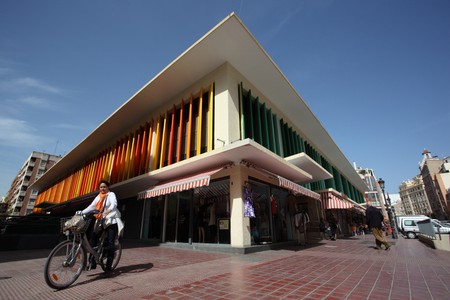 Eat in a Bookstore

Ubik Café is arguably the heart of the Ruzafa neighbourhood and one of the places that helped spark the area’s revival. Not just a café, the incredibly versatile space serves as a bookshop, gallery, restaurant, cinema and music space all rolled into one. It’s good for kids in the daytime, and on Saturday nights it takes on a more raucous party atmosphere.

Relax at a Pavement Cafe

Ruzafa is delightfully tranquil on Sundays mornings, making it the perfect time to stroll around, take it easy and enjoy the pueblo (village) atmosphere the district is known for locally. There are endless pavement cafes to choose from, from unpolished, traditional Valencian almuerzo spots to chic international coffee houses. Apart from Ubik Cafe (above), one of the most popular is the stylish and thoroughly indulgent Argentinean-owned bakery Dulce de Leche.

If anything tells us a city is going up in the world, it’s a proliferation of craft beer breweries. The scene is growing in popularity in Valencia, where you can now find plenty of craft beer bars; some the best are found in Ruzafa. Try Olhöps Craft Beer House, which also puts on events such as beer tastings and brewing demonstrations.

But not as you know it. The experimental art and design space Ruzafa Gallery hosts various art- and design-focussed events, including its own Fashion Week, several times a year. The space is transformed into a super-stylish market selling pieces by independent designers, with discounted prices and live music.

If you’re hoping to brush up on your Spanish (or any other language) while in Valencia, there are numerous language exchanges in the city, and Ruzafa is home to some of the best, hosted at trendy local bars. Try the events at Olhops Craft Beer House (above) and Café Berlin.

Ruzafa is an obvious choice for vintage shoppers, and one of the main attractions is the monthly pop-up market held on Sunday mornings at El Patio. Called Il Market, it’s run by local event organisers Il Quartiere. The narrow corridor next to Ubik Cafe leads you to a sunny courtyard with stalls piled high selling secondhand women’s clothing, shoes, bags, books and more. You can also catch poetry readings, performance art and paella cooking as part of the event.

Ruzafa has no shortage of great restaurants. One of the most famous, and deservedly so, is Canella Bistro, with its international fusion menu created by local chef Ricard Camarena (he also owns a Michelin-starred restaurant in Valencia and the one, excellent cafe inside the city’s incredible Central Market). The classy, creative space has the feeling of a New York bistro, and will delight with its colourful plates and quality Spanish wines.

Ruzafa is also a great place to visit during the city’s annual Las Fallas festival, held each year in March, where giant papier-mâché sculptures are exhibited on the city streets before being burned on the final day. Ruzafa celebrates during Las Fallas with its own mini-festival, complete with over-the-top decorations, food trucks and light shows by Italian light designers, who transform entire streets into corridors of light. Meanwhile, in February, you might stumble upon the lively, colourful carneval de Ruzafa, organised by the city’s Latin American residents. 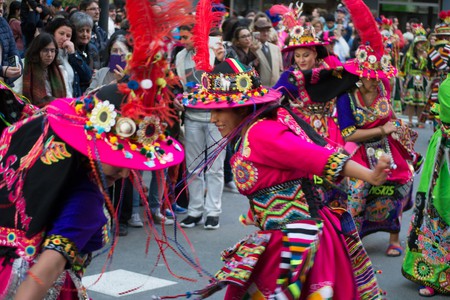 The Ruzafa district is sometimes called the Valencian Soho, because it’s so full of nightlife, much of it with a distinctly alternative feel. There are all kinds of quirky cafes and bars, such as La Catrina, known for absinthe and alternative rock. Meanwhile, the welcoming, LGBT-friendly Liverpool Bar is the place to go for all-night karaoke in various languages.