The Top Things to See and Do in Passeig de Gràcia, Barcelona 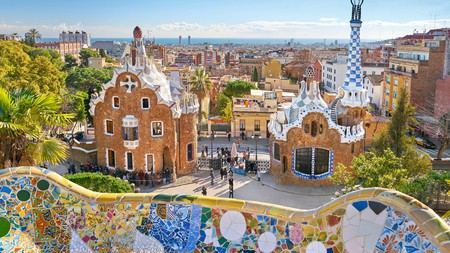 Passeig de Gràcia is one of the most famous boulevards in Barcelona, linking the historic city centre to the independent-spirited neighbourhood of Gràcia. Peek into designer fashion stores, like Massimo Dutti, or marvel at the neck-twisting Casa Batlló designed by Antoni Gaudí.

All of Barcelona is concentrated on the Passeig de Gràcia, a Parisian-style boulevard stretching from Plaça Catalunya to Carrer Gran de Gràcia. It’s regarded as Spain’s most expensive street, paved with panot Gaudí, a snowflake-shaped tile designed by the pioneer of Catalan Modernism, Antoni Gaudí. Here’s our pick of the boulevard’s standout attractions, from a boisterous covered market to one of the country’s finest restaurants. 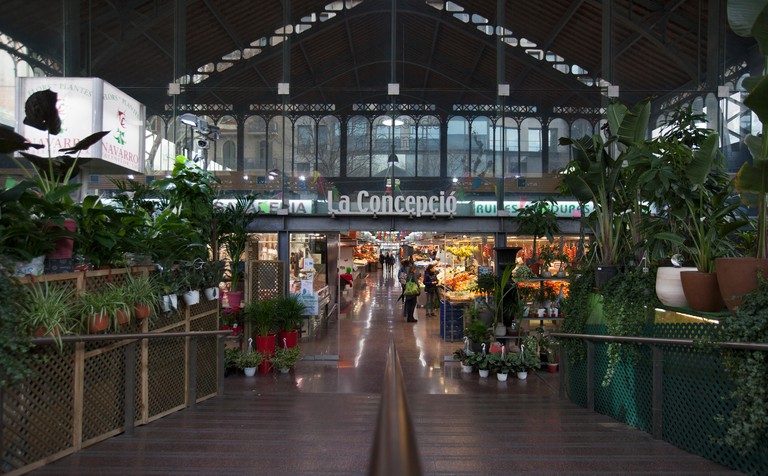 The Mercat de la Concepció occupies an echoing, hangaresque structure dating from 1888, in the midst of Barcelona’s Eixample neighbourhood. Challenge yourself to pass through without buying anything: rows of fruit and vegetables bursting with Mediterranean colours and aromas, as well as stalls specialising in everything from olive oils and cured meats to salted fish and sushi, should make it impossible. After browsing, head to Bar Manuel for an omelette or to Barmand for a glass of cava.

Opened in 1963, the Perfume Museum explores the ingenuity with which humans have designed scent bottles over the centuries. The collection comprises 5,000 items and is split into two parts: the first displays vessels from antiquity to the early 1700s, and the second ranges from the latter half of the 18th century to the present. It’s worth reading up on how perfume’s made and bottled before you visit, as there aren’t many explanatory panels accompanying the exhibits. 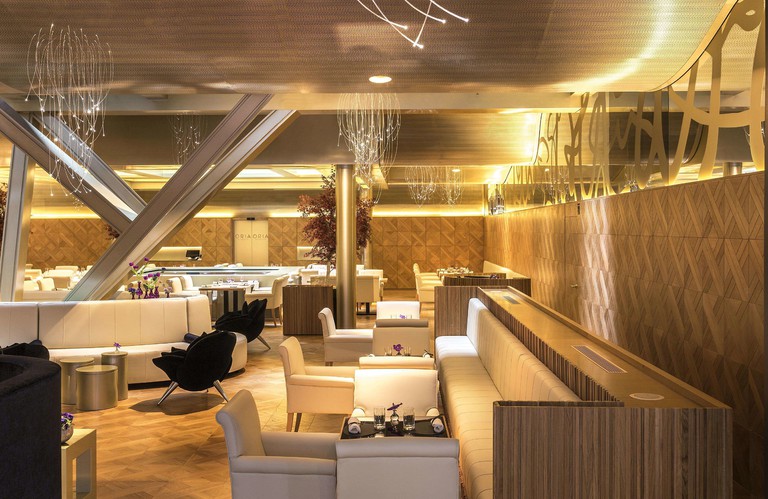 The Oria Restaurant inside the Monument Hotel accounts for one of the twelve Michelin stars held by its Basque head chef Martín Berasategui (no other chef in Spain has more). Surprisingly affordable menus mean that it won’t harm your budget to experience dishes such as roasted sea bass with iodized scallop tartare, or wagyu steak with creamy turnip cubes and smoked bacon sauce. The Monument Hotel is also home to Berasategui’s flagship Barcelona establishment, the three-star Lasarte.

Art Gallery
Facebook
Email
Twitter
Pinterest
Copy link
Share
Situated at the northern extremity of the Passeig de Gràcia, opposite the Salvador Espriu Gardens, the Alzueta is a contemporary art gallery housed in a former textile factory. Its whitewashed, minimalist spaces display works by emerging and established Spanish and international artists. The Alzueta also stages contemporary exhibits in a 14th-century farmhouse in Casavells, a medieval village in Girona, and at most of the world’s major art fairs. 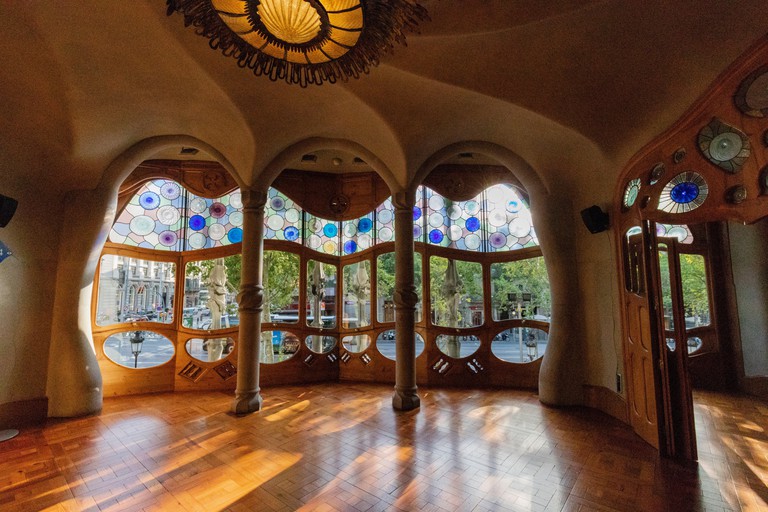 © Vincenzo Di Marzo / agefotostock / Alamy Stock Photo
The Casa Batlló is a prestigious townhouse and one of the most unmissable sights on the Passeig de Gràcia. The house’s exterior was designed by Antoni Gaudí – whose other masterpieces include the Sagrada Família and the Park Güell. With its striking, organic appearance, the building is a fine example of the Modernist style for which Gaudí is renowned: there are virtually no straight lines anywhere to be seen, and the building is almost entirely covered in mosaics. 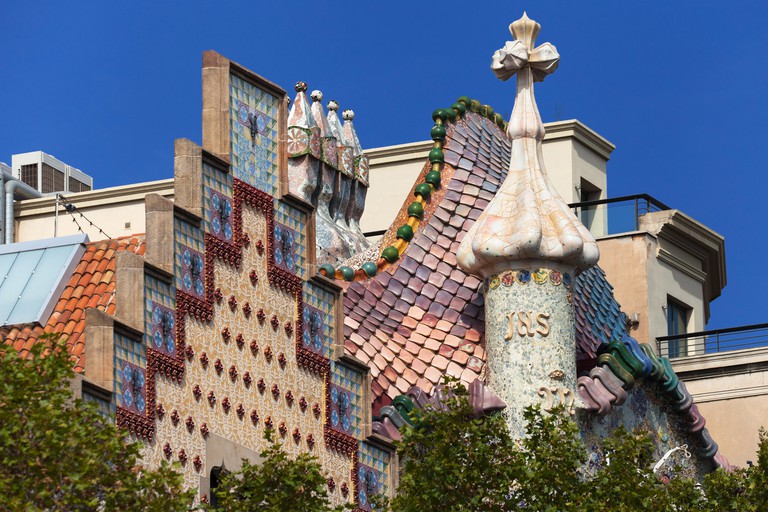 © Santi Rodriguez / Alamy Stock Photo
Often overshadowed by its neighbour, the aforementioned Casa Batlló, the Casa Amatller is another Modernist marvel on the Passeig de Gràcia. The building was designed by the Catalan architect Josep Puig i Cadafalch at the turn of the 20th century and combines elements of Catalan Gothic and Flemish architecture. The building belonged to the Amatller family who ran a prestigious chocolate business that is still active today. 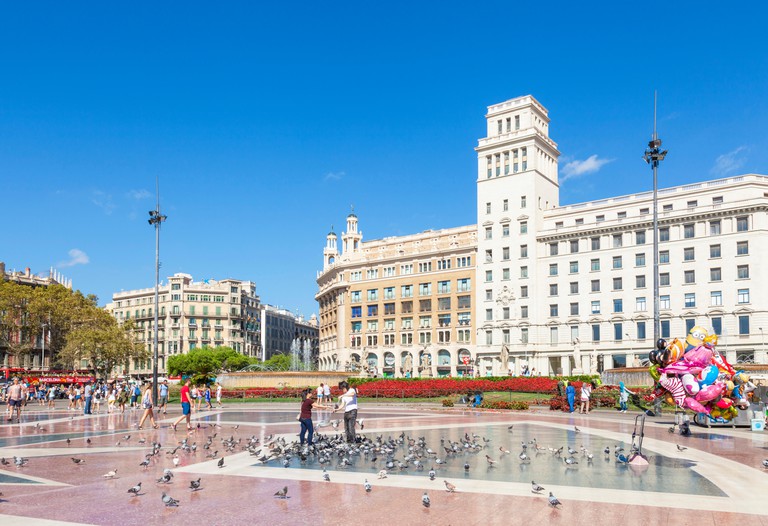 The starting point of the Passeig de Gràcia, the Plaça Catalunya is the main square in Barcelona and the meeting point of its two largest shopping areas. There are a number of noteworthy buildings around the square that played an important role during the Spanish Civil War – such as the Telecommunications Tower and the Hotel Colón. The fountain in the centre of the square bustles with life; come during the evening to catch the nighttime illuminations.

Shop
Facebook
Email
Twitter
Pinterest
Copy link
Share
When it comes to shopping on Passeig de Gràcia, the icing on the cake is a trip to the boutique Santa Eulalia. Originally located near the Boqueria market, this shop has long been a favourite of the city’s best-dressed residents since it opened in 1843. Alongside top brands such as Sonia Rykiel, Chloé or Kenzo, the store also sells their own brand for both men and women. No visit to Santa Eulalia would be complete without a stop at the champagne bar for a little light refreshment afterwards. 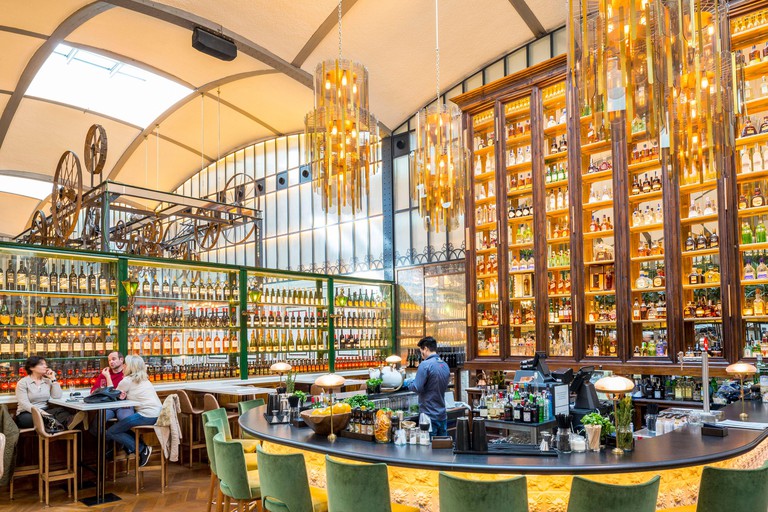 © MAISANT Ludovic / hemis.fr / Hemis / Alamy Stock Photo
Tucked away down a small alley off the Passeig de Gràcia, El Nacional is Barcelona’s first super-restaurant, containing four separate restaurants within. Housed inside a former garage, the building has been transformed with a stunning interior inspired by the Catalan Art Nouveau style. At the centre of the room, a lively tapas bar offers jamón iberico alongside local cava, while the steak restaurant serves heavily aged beef – something of a rarity in Barcelona.

Discover the neighbourhood of Gràcia

Architectural Landmark
Facebook
Email
Twitter
Pinterest
Copy link
Share
Historically, the Passeig de Gràcia was designed to link the city of Barcelona with the nearby town of Gràcia before it was later annexed by the city in the 19th century. Today, Gràcia is a vibrant neighbourhood that has retained much of its independent spirit. It’s home to some of the best independent and artisan stores in Barcelona, as well as charming squares and a lively nightlife.