This Historic Location is Game of Thrones' Next Filming Spot 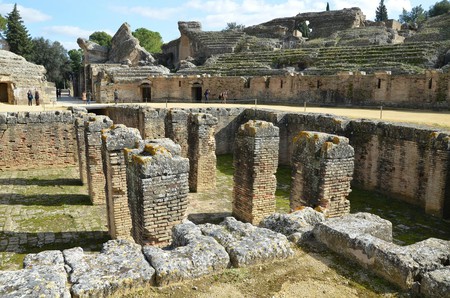 The eighth and final season of the hit show Game of Thrones has just started filming in Spain. We take a look behind the scenes at one of its most historic locations to date.

The much-anticipated eighth season of Game of Thrones is about to start filming in the ruins of the Roman city of Italica in southern Spain.

Italica was founded in 206 BC by Roman general Publius Cornelius Scipio as a base for his soldiers returning from the Second Punic Wars, where they had beaten the Carthaginians in the Battle of Ilipa. The city was named after the Italian origins of many of the soldiers and was the birthplace of the emperors Trajan and Hadrian. 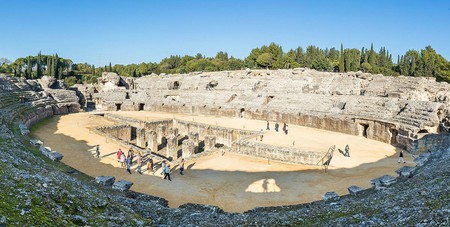 The ruins, which lie 9 kilometres (5.6 miles) north of Seville, are well-preserved because they were never covered by another town or city. Today, visitors can walk its streets and see the mansions where important local families lived, complete with mosaic floors.

A highlight of Italica is its amphitheatre, which was the third-largest in the Roman Empire when it was built.

It appeared in season seven of Game of Thrones as the Dragonpit, where Daenerys Targaryen made a memorable entrance, flying in on a dragon, and looks set to play an even more important role in the final series of the fantasy epic.

This week, a photo of sets going up in the amphitheatre in anticipation of season eight was posted on Twitter.

Itálica today. Larger areas around the amphitheater are already closed, unclear if for construction work or for GoT. However I doubt filming will start here on monday. There's still a lot to do. No technical equipment there yet, only materials for set building. pic.twitter.com/S7YmGkTZzz

Reports suggest that film crews have already arrived on location, with actors set to arrive in southern Spain at the beginning of May for a shoot that will last two weeks (Italica will be closed to the general public for most of May). The long shoot time suggests that the location will feature heavily in the series, which will premiere in 2019.

Spain is a favourite shooting location for producers of Game of Thrones, who have used the country’s wild and varied landscapes to depict several different lands. 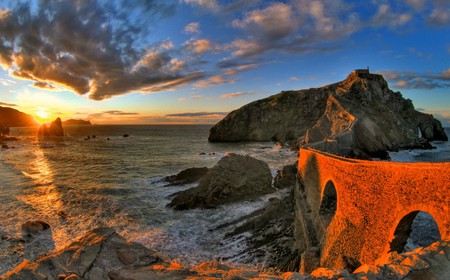 In season six, the lunar landscapes of the Bardenas Reales Natural Park doubled for the Dothraki Sea, while in season seven, the rugged Isle of Gaztelugatxe, in the Basque Country, was Daenerys Targaryen’s ancestral home, Dragonstone.

The series has also filmed in Seville’s Royal Alcázar Palace and in the old town of Girona, Catalonia.

Read more: A Basic Guide to HBO’s Game of Thrones