The Best Things to Do in Santa Cruz, Tenerife 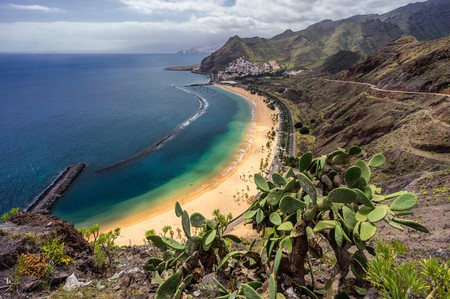 Santa Cruz is the capital city of Tenerife and the shared capital of all the Canary Islands. The city itself is a bustling and cosmopolitan metropolis, full of elegant colonial architecture, the iconic Auditorio de Tenerife and a thriving nightlife scene.

Tenerife’s capital is also famous for its annual carnival. Occurring in the spring, it is the second biggest in the world after Rio de Janeiro’s and is two weeks of wild and flamboyant parties, processions and celebrations. If you’re not in Santa Cruz at this time, however, there is still plenty to see and do all year round.

The Palmetum of Santa Cruz 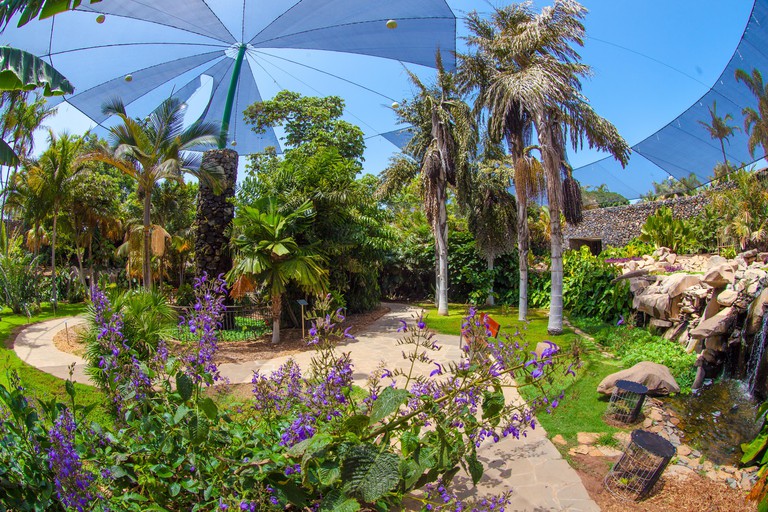 © agefotostock / Alamy Stock Photo
The Palmetum is a 12ha garden with the largest botanical collection of palm trees in Europe and possibly in the world. Until 1983, the site was a rubbish dump where the city’s residents left their refuse to decay. In 1996, investments began to transform the area, and it gradually became a tropical oasis with waterfalls, lakes and streams attracting birds, animals and eventually tourists. The Palmetum is located on the coast, slightly south of the city centre on the TF-4. 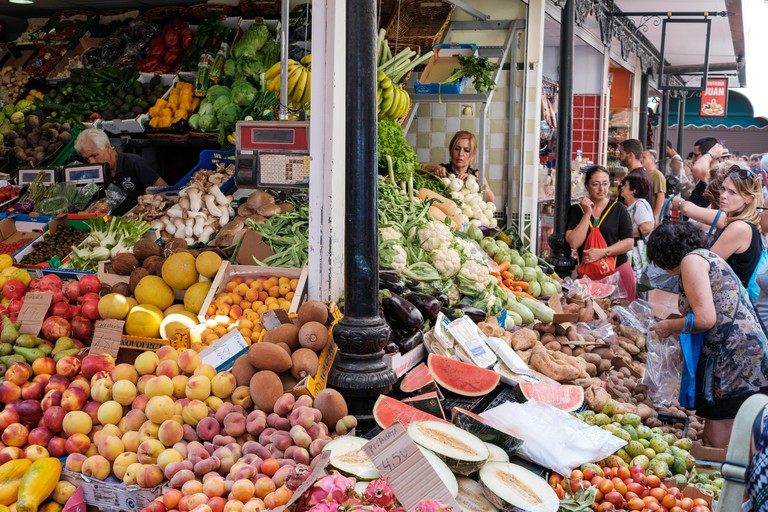 © hanohikirf / Alamy Stock Photo
A huge market and a major center of food distribution for the whole of Tenerife, the Mercado Municipal Nuestra Señora de Africa is a gastronomic treasure trove. Over 300 stalls can be found here, selling fresh local produce including flowers, fruit, vegetables, meat and dairy products. Its popularity has led to it being open every day of the week, and on Sunday mornings the regular stalls are joined by a vibrant flea market too. Located on the Avenida San Sebastian in Santa Cruz, this market is open Saturday to Thursday from 6am until 2pm and on Fridays from both 6am until 2pm and 5pm until 7:30pm. Look out for the distinctive pink clock tower.

Santa Cruz’s very own artificial beach offers almost a mile of golden sand on which to relax in the sunshine. Unlike the island’s famous black volcanic beaches, Playa de las Teresitas’ sand was shipped in from the Sahara Desert, and it is now one of the most popular beaches in the north of the island. Palm trees line the calm blue waters at the shore, and the whole scene is lent a dramatic backdrop by the nearby Anaga Mountains. Playa de las Teresitas is further north up the east coast of Tenerife, but it is easily reached by public transport from Santa Cruz or via a quick 15-minute drive. 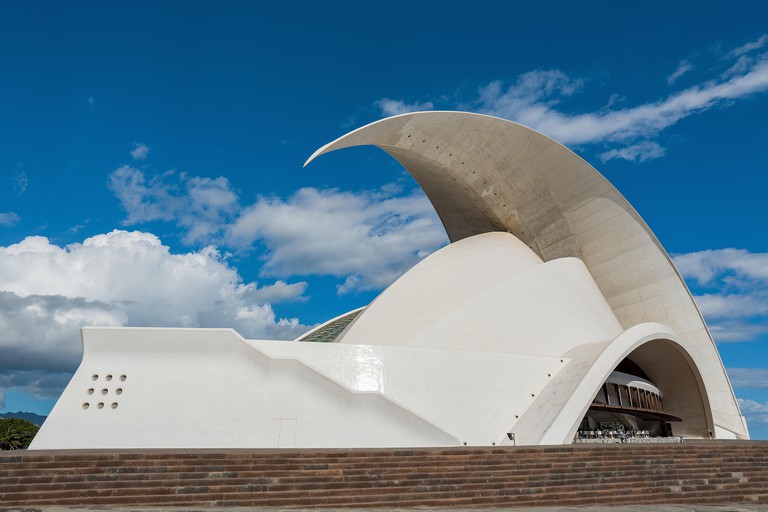 © Andrew Shompolov / Alamy Stock Photo
One of the most intriguing buildings architecturally in the Canary Islands, the Auditorio de Tenerife is iconic for its 58m-high roof that curves and tapers down to imitate an eclipse. The main auditorium has an impressive 1800 seating capacity, plus there are an additional 400 seats in the connecting music hall chamber. It is a large and awe-inspiring structure for both its size and design. Home to the Orquesta Sinfónica de Tenerife, this landmark is worth visiting for a look around, though it is highly recommended to enjoy a concert in full here. The Auditorio de Tenerife ‘Adán Martín’ is near the port of Santa de Cruz on the Avenida de la Constitución.

Known as the Enchanted Forest trail, this walk takes you into the humid forests of the Anaga Rural Park. The conditions in this forest are affected by trade winds colliding with the mountains and creating a level of humidity rarely found outside of tropical areas. Unsurprisingly, everything here tends to be wet, and it is a fascinating route to hike to experience a different environment from the capital’s bustling streets. The Sendero El Bosque Encantado is a half-hour drive north from Santa Cruz, in the Anaga Mountains. It is reached on the winding alpine road of TF-123.