The Top Green Hotels in Madrid 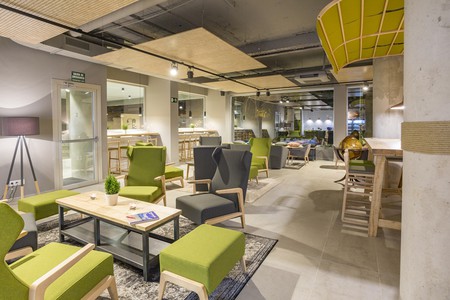 Recently, many hotels in Madrid have been making a commendable effort to increase sustainability and reduce their carbon footprints. If you’re eco-conscious and are looking for a green stay in Madrid, head to one of these hotels.

This is considered to be the first urban-green hotel in Madrid. The Artiem Hotel is located on the outskirts of town, convenient for parks and access to the great outdoors. The hotel is dedicated to healthy living and wellness, with an emphasis on slow-cooked, organic food like fresh-squeezed juice and salads. There’s even in-room exercise gear and a meditation space, plus a well-stocked hotel gym. In-room recycling bins help guests keep waste to a minimum too. 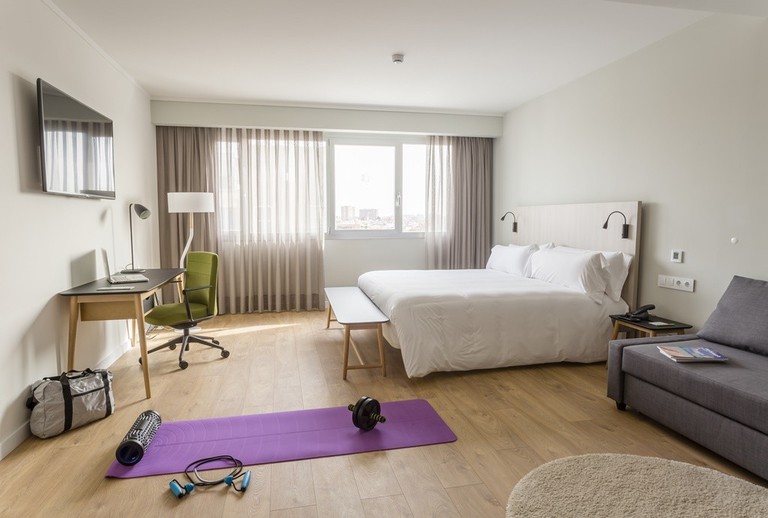 This hotel is TripAdvisor GreenLeader Silver labeled and is dedicated to recycling throughout. The Eurobuilding also offers biodegradable toiletries with recycled packaging and participates in low chemical gardening. Apart from its green status, the hotel is also home to one of Madrid’s trendiest Michelin-starred restaurants, DiverXO.

Located on Madrid’s famous Gran Vía street right in the city center, the Tryp Madrid Centro is TripAdvisor GreenLeader Silver labeled. Energy-saving light and heat controls are placed in-room and throughout the hotel, and they also compost yard waste and biodegradable products. You won’t need to rent a car here as many restaurants and tourist attractions are within walking distance or a short metro ride away. You should also check out the gym, which is open 24-hours.

The Radisson Blu Madrid is one of the few hotels in Madrid with a Green Key certification, meaning the hotel meets strict requirements like limiting waste production, decreasing water and electricity use, as well as contributing to sustainable action plans, education and communication. The hotel is also TripAdvisor GreenLeader Gold labeled, they even use a wind turbine for energy. Being part of the Rezidor Hotel Group, the Radisson Blu Madrid also participates in the Think Planet program, which focuses on saving 25% in energy consumption over the next five years, among other goals. All 54 of its stylish guest rooms have energy-saving room controls and a towel reuse program (and, while this isn’t particularly green, they all have Nespresso machines, which is just awesome). 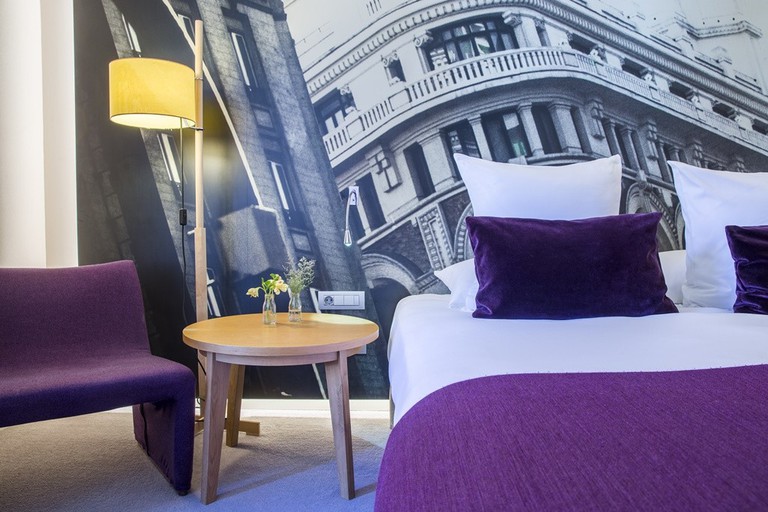 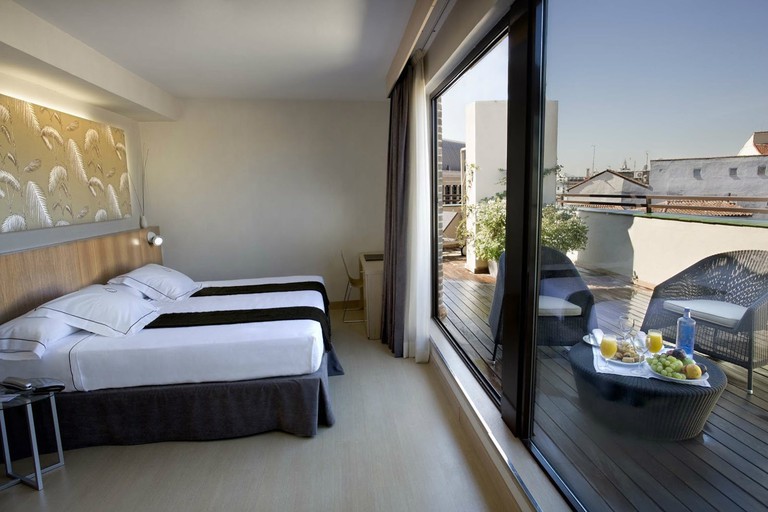 Another Green Key certified hotel, the Hotel Ópera has a carbon footprint of just 6.2 kg per room per night, which is one of the lowest in Madrid. The rooms are clean and cost-effective and the location, which is right across from the Palacio Real, is ideal for tourism. The hotel also has a well-equipped gym and a sauna.

Also located on Madrid’s busy Gran Vía street, the Vincci The Mint hotel is TripAdvisor GreenLeader Silver labeled. You can get organic and healthy food throughout the hotel, even at the rooftop foodtruck. The hotel is part of a sustainable program that all Vincci Hotels participate in, which strives to cut down on waste and paper usage with electronic bills and receipts. Plus, they offer employee training sessions on how to reduce waste.

This former palace has committed itself to being green. The AC Santo Mauro has beautiful, peaceful outdoor gardens, perfect if you need a breath of fresh air. As a TripAdvisor GreenLeader Bronze member, linen and towel reuse programs are available to guests. Rooms feature energy-efficient light bulbs and water-efficient bathroom fixtures. Aside from being eco-friendly, the AC Santo Mauro is one of the most luxurious hotels in Madrid.

The InterContinental Madrid is one of the fanciest hotels on this list. As a TripAdvisor Silver labeled establishment, the hotel offers a linen-reuse program and a garden with local plants where low chemical gardening techniques are employed. They also track energy use and have an electric car charging station. Make sure to try the breakfast here, which is chock full of fresh and delicious fruits, pastries and much more.