The Top Cultural Places To Visit In El Raval, Barcelona 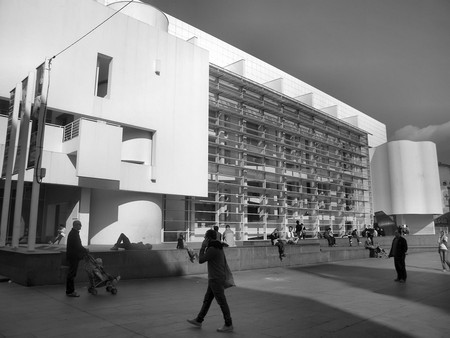 If you’re in Barcelona for only a short hop and want to dose up on both culture and street life, El Raval, Barcelona’s cultural hub, is the place to check out. Raval is sandwiched between the Gothic Quarter, Poble Sec and Sant Antoni districts. Read on to discover the top cultural places to visit while exploring the streets of El Raval.

El Raval hits the sea at Drassanes and Barcelona’s World Trade Centre. Once a notorious red light district, it was cleaned up in the late 1980s and the gentrification process began in the mid-1990s with the arrival of Richard Meier’s MACBA. The neighborhood maintains a growing artist population and the district is home to a number of important cultural centers as well as numerous galleries. It still retains a slight edge, but it’s one of Barcelona’s more interesting areas and is the place to get a good fix of contemporary and Catalan art and culture.

If architecture is your bag, the Museu d’Art Contemporani de Barcelona is worth a visit for the building alone. Cool, white walls, sleek curves, and angles fill the space, huge windows flood the interior with light and cast shadows on the ramp that slowly winds its way up around the interior of the building. Dedicated to contemporary art from around the world and a changing program of touring exhibitions, it brings together works by Catalan, Spanish, and international artists, particularly from South America and Eastern Europe. More recently, work by artists from North Africa, the Middle East, and the Arab world has been included in the programming. 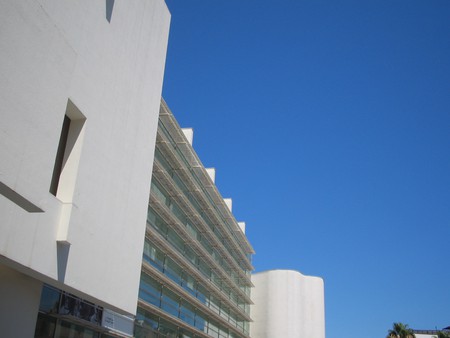 The multidisciplinary Centre de Cultural Contemporania de Barcelona is the space for the creation and discussion of contemporary culture. It provides a platform for artists, curators and independent cultural groups from Barcelona. The interdisciplinary program spans visual arts, literature, philosophy, film, music. The performing arts and transmedia activity and programming include poetry slams, experimental film, exhibitions, music, and performance.
Originally a former almshouse built in 1802 on the site of a medieval monastery, the CCCB was rebuilt by architects Piñón and Viaplana in 1993. It’s a good mix of contemporary and traditional. The addition of the glass and steel north wing joins the original building and reflects the light into the central courtyard. It’s a good place to spend a couple of hours on a Sunday afternoon.

Down where Las Ramblas hits the sea, and a short walk from Drassanes metro is Arts Santa Mònica, another multidisciplinary center dedicated to the exploration of creativity. It focuses on transmedia and digital culture and keeps close to art research, features a broad program extending across architecture, visual arts, music, literature, design, and gastronomy.

Housed in a modernist, even brutalist, concrete building just off the Carrer de Sant Pau, council owned Filmoteca de Catalunya is an arthouse cinema showing a good program of world film. It’s the place for a budget night out. Cinema tickets are cheap and the Monroe bar is dynamic and attracts a mixed crowd of cinema goers. It’s a good place to people watch whether inside or on the outside terrace. 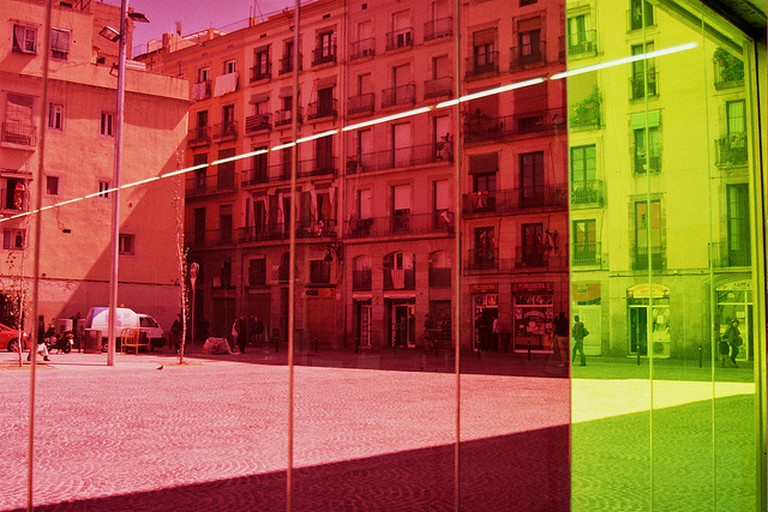 For music fans, this is an experience not to be missed. Built in 1847, funded by selling shares, and programmed in part by the shareholders until 1980, the spectacular 2292 seater, Gran Teatre del Liceu is a world class cultural institution in Barcelona. It wasn’t until it was destroyed by fire and rebuilt in 1994 that a new legal framework was created to put it into public ownership. The artistic program is now a mix of works by new composers and a range of the classical repertoire and aims to make it accessible to a wide audience. If you are under 30, you can get a last minute discount of 50% on the day of the performance. 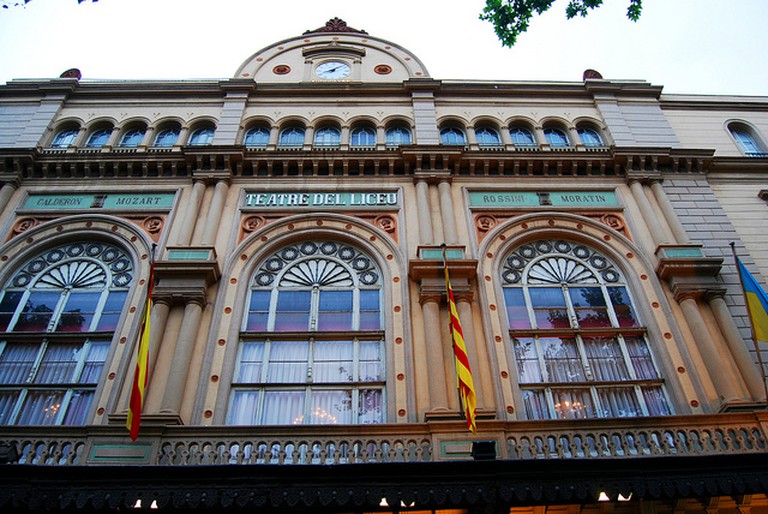 If you are a fan of vintage, retro, and anything second hand, flea markets are on the rise in Barcelona. On the first Sunday of every month at the Filmoteca de Barcelona is Fleadonia which is organized by the Asociación Cultural Freedonia. It features vintage and original hand-crafted products by artists and designers. El Rastro de la Virgen is on the first Saturday of every month and organized by cultural neighborhood association ‘Arco de la Virgen’. Second-hand clothes recycled and hand made products can be found at Carrer de la Verge.