The Top 10 Things to Do in Murcia, Spain 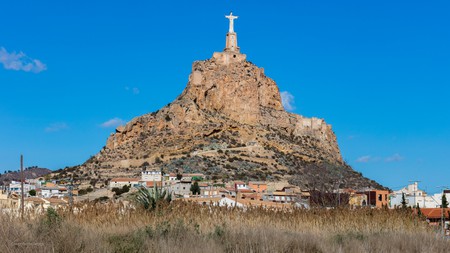 This sun-drenched city in eastern Spain is the place to go to enjoy great food, fascinating history and grand baroque architecture. It’s also the kind of city where nobody’s in a rush – even the cathedral took 300 years to build. So instead of packing your itinerary full, we suggest picking one or two highlights per day, leaving time to linger in the pretty cafés, squares and gardens. Here’s our guide to Murcia’s top attractions.

Probably Murcia’s most famous landmark, this grand structure is known as a baroque treasure, but it actually features a mix of architectural styles used during the three centuries it took to build. The main façade facing onto Plaza del Cardenal Belluga is stunning, with striking columns and sculptures. Inside, explore the lavishly decorated chapels and discover the tomb of King Alfonso X. There’s also the 93-metre (305-foot) high bell tower, the second tallest in Spain. 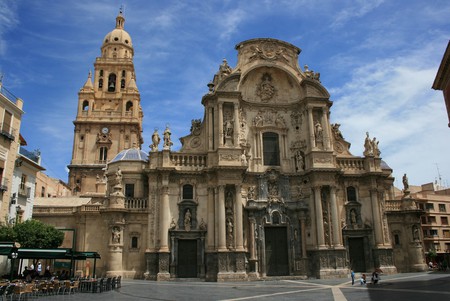 Another famous city landmark, this is actually a plush, private gentleman’s club frequented by those who like to see and be seen. Built for and by the city’s wealthy elite, it’s still a private club today. You can, however, join a tour to see the opulent interior, complete with frescoed ballroom and a grand courtyard modelled on the palaces of Andalusia.

Coffee on the Plaza

Not far from the cathedral you’ll find the city’s most beautiful square, Plaza de las Flores. It got its name from its many florists’ shops, which are still in business today. It’s the perfect spot to enjoy a coffee, do a bit of people-watching and check out the Art Nouveau townhouses. One of the most beautiful is the Edificio de Tejidos Abad, with its striking white bay windows.

During Murcia’s scorching summers, city residents head for this cool oasis on the other side of the river. It has colourful flower gardens and plenty of shaded areas, and its most stunning inhabitants are the old ficus trees. This is the city’s oldest public park, open since the mid-19th century, and one of the first of its kind in Spain. 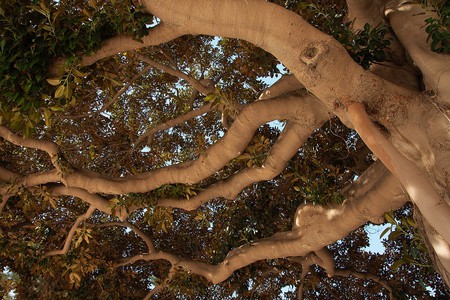 This working convent is as intriguing as it is beautiful. Built in the 1300s on the site of Murcia’s Moorish Alcazar (fortress palace), it features elements of Arab architecture such as horseshoe-shaped arches. Only part of the complex is open to visitors, but it’s very much worth a visit.

One of Murcia’s most impressive sights is found just outside the city. This 9th-century castle perches atop a rugged and dusty crop of limestone, and is dramatically topped by an oversized white statue of Christ that gleams under the Murcian sun. The castle, designed to withstand long sieges, was used for defence by the Moors for 250 years. After the Christian reconquest, King Alfonso X took the castle as his Murcian residence. The statue of Christ was added only in the 1950s.

A lesser-known spot for tourists in Murcia, this museum is a delight for those interested in all things historical. You’ll see artefacts from the city’s Roman and Moorish heritage and further back to the Bronze and Iron Ages. Plus there many more treasures to discover from around the Murcia region, which is home to no fewer than 2,000 archeological sites.

You won’t find any cramped cages here. This zoo has become very popular and well-regarded thanks to its humane approach and focus on conservation, housing endangered species such as the European lynx, brown bear and Iberian wolf among 50 species of mammals, birds and reptiles. All are kept in enclosures that resemble as closely as possible the animals’ natural habitats. The park itself is a green oasis filled with hundreds of trees and shrubs. Terra Natura has several other locations in Spain, too. 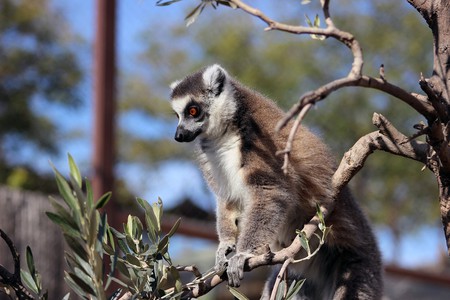 Take the short trip to the Med and soak up the sun on these famously sunny Spanish coastlines. The southern part of the Costa Blanca is dotted with quiet beach towns, and there are stunning Blue Flag beaches waiting for you at Torre de la Horadada. It’s only about a 50-kilometre (31-mile) drive, so you can be topping up your tan within about an hour of leaving town.

If fresh mountain air and tranquillity are more your thing, do as the Murcians do and head for the large natural parkland just six kilometres (4 miles) south of the city. Follow scenic (and beautifully scented) trails lined with wild rosemary through the pine forests, or take the short, easy walk to the Santuario de la Fuensanta, known for having one of the most Instagram-friendly panoramas around.