The Top 10 Things to Do in Tarazona, Spain 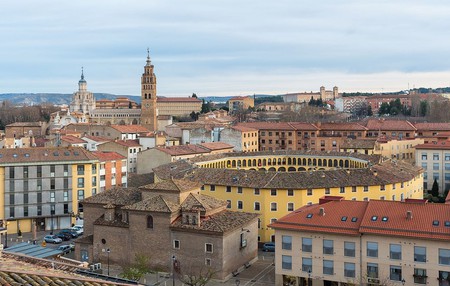 The small town of Tarazona lies approximately 87km northwest of the Aragonese capital of Zaragoza, and makes for a fascinating day trip. Filled with Mudéjar-style architecture, convents and an old bullring, it’s definitely worth the visit. Here are our top 10 things to do in Tarazona. 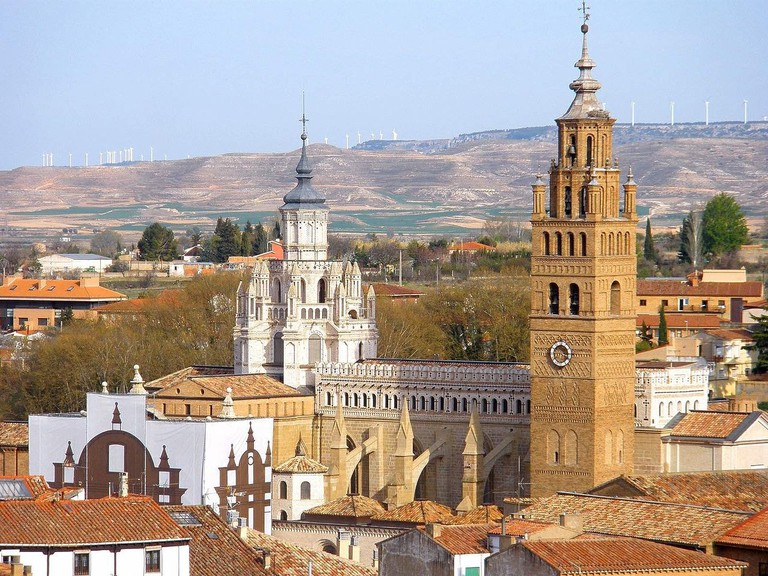 The Cathedral of Santa Maria de la Huerta is one of the best and most unique in the region of Aragón because of its Gothic structure, Baroque facade and Moorish Mudéjar towers. Construction on the cathedral began in the 13th century, but it wasn’t completed until the 16th century. Look out for the intricate Mudéjar style art in the cloisters and the bell towers. Inside, visitors will also find Gothic mural paintings, beautifully carved 15th century choir stalls, a main altar and an impressive old organ. 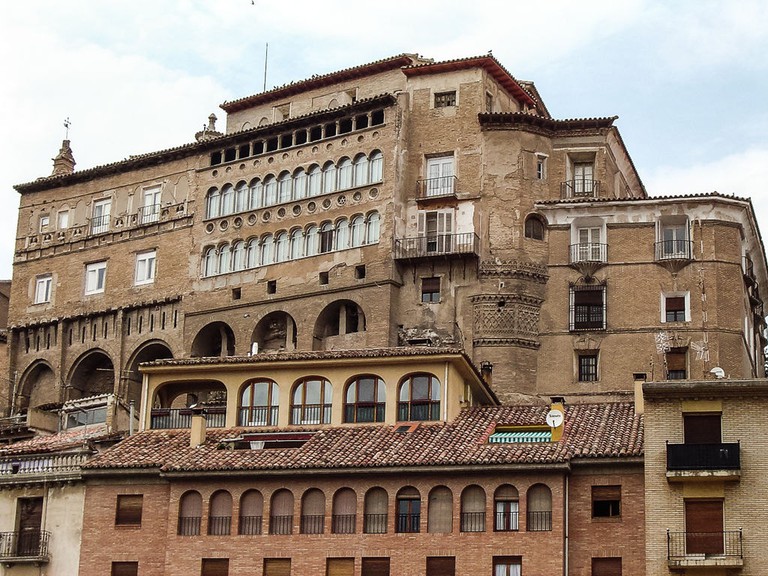 The Palacio Episcopal or Bishop Palace was built on the site of the old Moorish citadel in Tarazona and was created in the 16th century in a Renaissance style. As well as the residence of bishops, it was also the home of several Aragonese kings. Inside, visitors can see a lovely Renaissance patio, a series of 16th-century episcopal portraits and an intricate Mudéjar coffered ceiling. 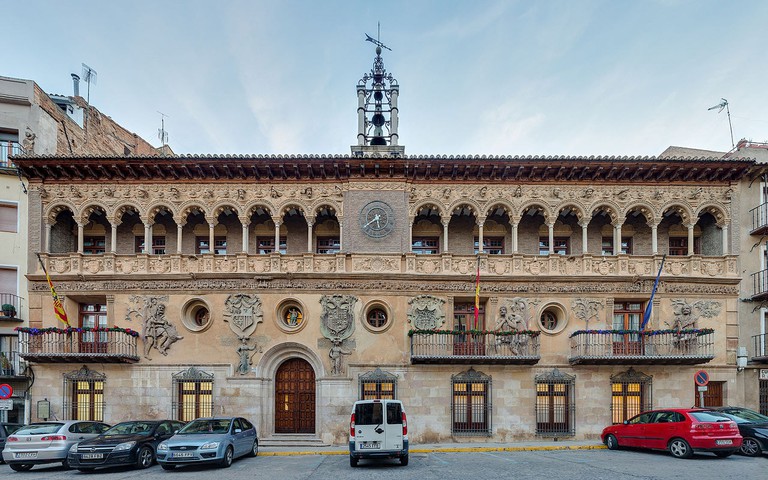 Tarazona’s Town Hall or Ayuntamiento is one of the most impressive sights to see in town. It has a beautifully intricate 16th century facade, which is covered with a huge frieze – look out for the different images such as the Spanish King Carlos I and Hercules. The hall was built between 1557 and 1563 on the Plaza Mayor, where the old market used to be held, and was created as the town’s first stock exchange building or La Lonja. From the 17th century onwards however, it was used as the Town Hall. 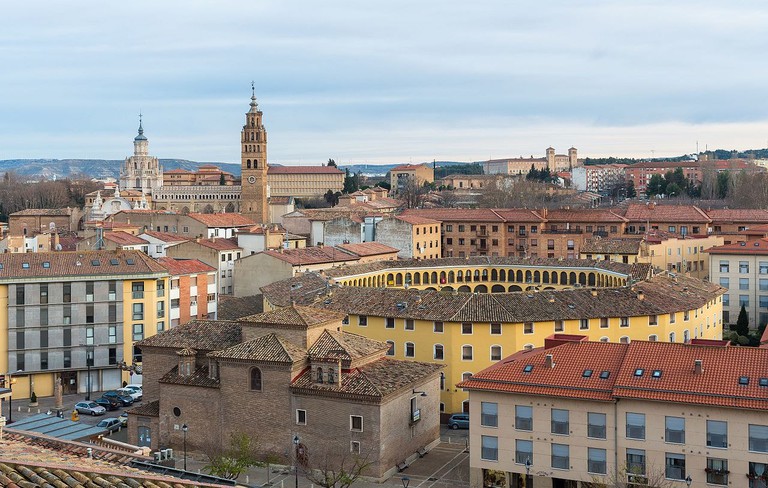 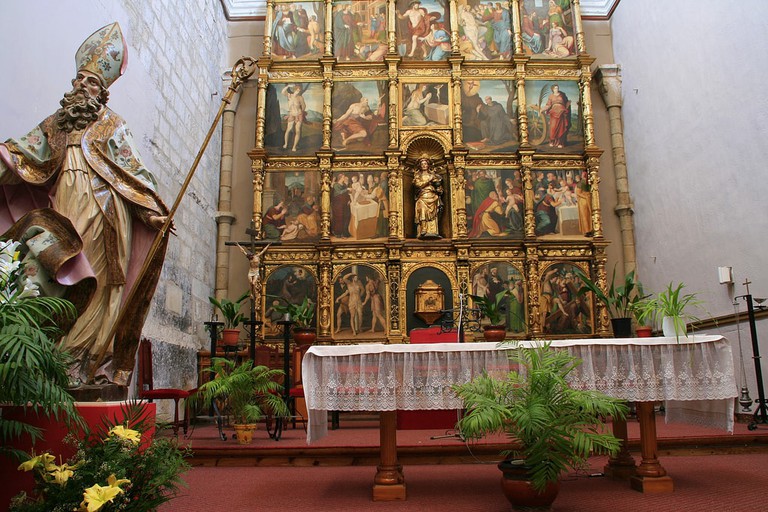 The Magdalena church may not be as majestic as the Tarazona Cathedral, but it is one of the most unusual and oldest churches in the city. It’s located in the Barrio del Cinto and has a distinctive Mudéjar-style tower. It was built in the 12th century and completed in the 15th century, with its bell tower being added later. Head inside to see the beautifully coloured altarpiece and the remains of the medieval wall. 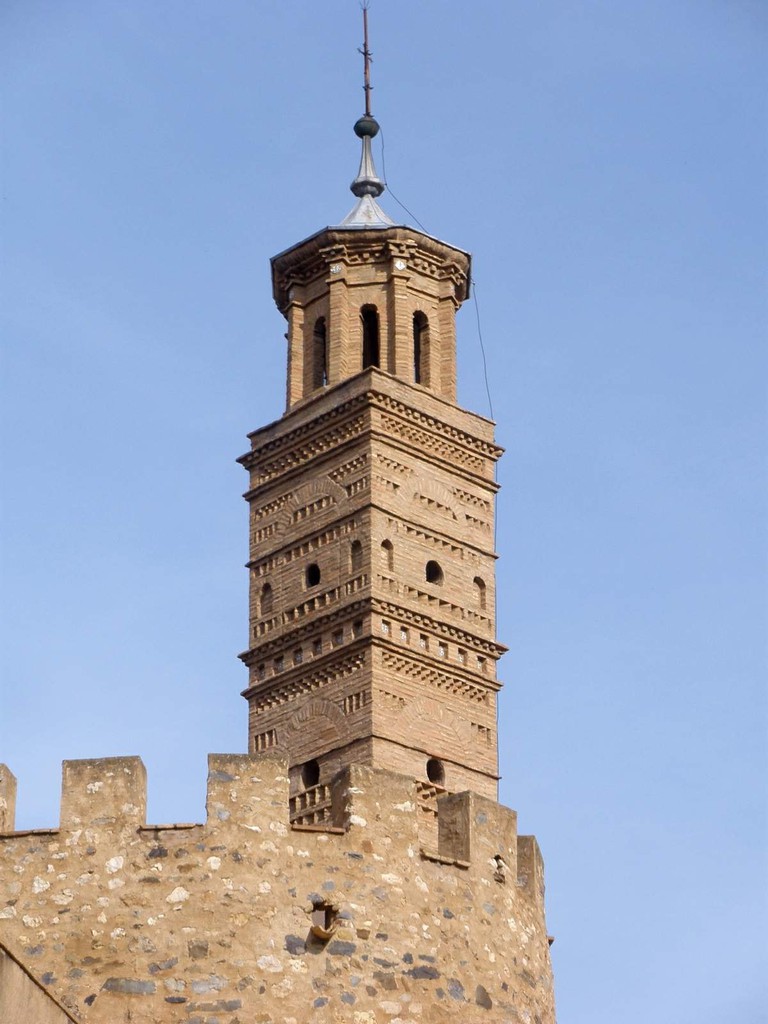 The Convent of Concepción sits on the street of the same name, and was built between 1541 and 1546. It was used to house the daughters of the noble families of Tarazona. The convent was inhabited by nuns all the way up until 2001 when it was abandoned. The attached church was built into the Roman wall surrounding the town and its tower was built in beautiful Mudejar style with coloured tiles and intricate brick work in Moorish patterns.

Tarazona’s Jewish Quarter is one of the best preserved in the region and is well worth a walk around its tiny narrow streets. Like the famous city of Cuenca with its hanging houses, perched over the River Júcar, Tarazona in fact has its own hanging houses (casas colgadas), which dangle over its River Queiles. 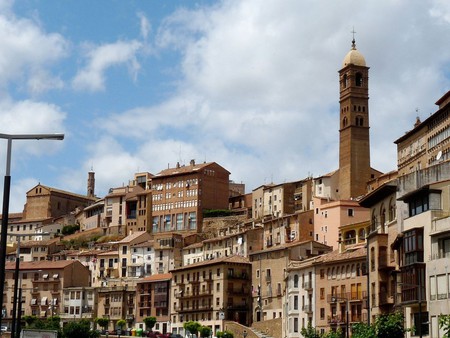 El Cipotegato and the Fiestas of San Atilano

Tarazona’s main festival is held on August 27th each year. The symbol of the festivities is El Cipotegato, a kind of jester who runs through the streets while the town’s people pelt him with tomatoes. The next day, the 28th, honours the patron saint of the town – San Atilano and the celebrations continue until September 1st with dancing, bullfights and street performances. 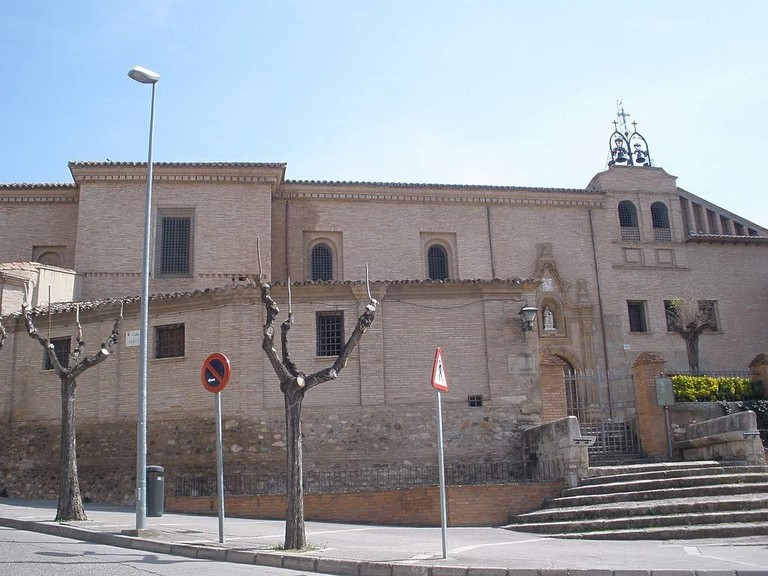 Sitting on Calle San Antón, you’ll find the Carmelite Church and Convent of Santa Ana. It is a beautiful Baroque building from the 17th century. It was founded by the order of Saint Teresa of Jesus and paid for by the Bishop Fray Diego de Yepes. The works began in 1601 and lasted until the end of the first third of the century. The last of the Carmelite nuns only left the convent in 2009, and since then, it has been abandoned and closed to the public. Even so, it is an interesting place to see from the outside. 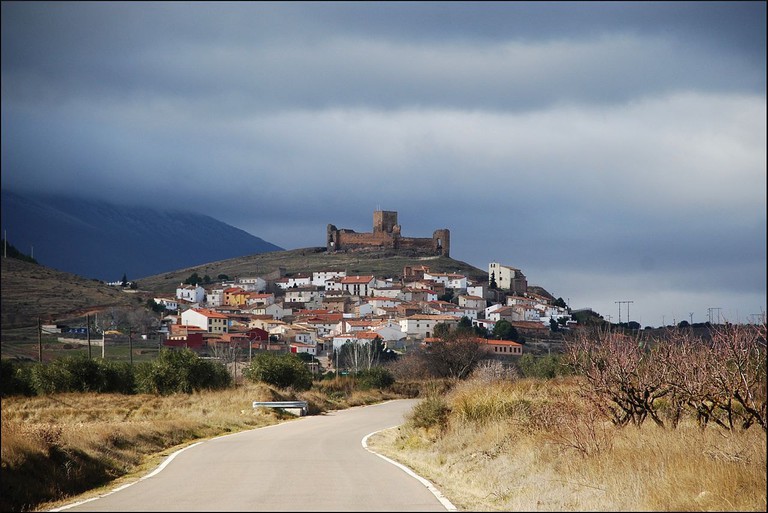 Trasmoz Castle, Aragon | Trasmoz Castle, Aragon
Trasmoz Castle lies approximately 15 kilometres south of Tarazona, on a hill above the tiny village of Trasmoz. The castle was built in the 13th century and today is somewhat of a ruin, but what makes it interesting are the stories of witchcraft and curses which surround it and the village below. Because of these rumours, the village was excommunicated and a curse (with the permission from the Pope), was cast over it. It is said that only another Pope can lift it. Today, as well as the castle, there is also a witchcraft museum and a witchcraft festival.
Open In Google Maps
Camino Del Castillo, Trasmoz, Spain
+34619753008
Give us feedback