Courtesy of Ventorrillo el Chato
The ancient city of Cadiz on the Atlantic coast of Spain is amongst the oldest continually inhabited sites in all of Europe, with a history that stretches back to the era of the Phoenicians. The packed alleys and plazas are famous for their music, carnivals and Andalusian cuisine, with lots of fresh fish from the ocean and tapas. Here are ten of the best places for food in Cadiz.

Restaurant, Spanish, Vegetarian, Vegan, $$$
Sopranis is not far from the Catedral de Cadiz on the historic Calle Sopranis in the Santa María quarter. It offers contemporary, innovative Spanish cuisine made using fresh and seasonal ingredients. It’s an approach that has won plaudits from the customers, and from the Michelin Guide, which awarded Sopranis a Bib Gourmand award in 2014, 2015 and 2016, that means the food is excellent for a price below €31. On the menu are curious creations like starters of sardine ceviche salad with avocado cream, zucchini cannelloni stuffed with sea hedgehog and shellfish sauce, and tuna fillet served tartar with ajo blanco. And for mains try the sea-bass with black garlic vichyssoise, the fish of the day or the crispy piglet with garlic and dried apricots.
Looks like it's closed Hours or services may be impacted due to Covid-19
More Info
Open In Google Maps
5 Calle Sopranis, Cádiz, Andalucía, 11005, Spain
+34956265842
Visit website

Restaurant, Seafood, Spanish, Mediterranean, European, $$$
El Faro de Cadiz, or ‘The Lighthouse of Cadiz,’ has been serving excellent food in the old neighborhood of La Vina a stone’s throw from the sea for fifty years now. Still run by the Cordoba family who established the restaurant, El Faro holds a Certificate of Excellence from TripAdvisor for the consistently high praise it receives from customers. And the Michelin Guide also notes the excellent seafood on offer. On the starter menu are dishes like fried anemones, clams with Brandy de Jerez, and sautéed puntillitas. Then there are entrées of Iberian pork served with apple and mango chutney, veal tenderloin, cod with pesto aioli, or grilled seabass.
More Info
Open In Google Maps
15 Calle San Félix, Cádiz, Andalucía, 11002, Spain
+34956211068
Visit website

Restaurant, Spanish, Mediterranean, Vegetarian, $$$
Ventorrillo el Chato lies on the long stretch of land that connects the city of Cadiz with San Fernando to the south. One of the best places to eat in Cadiz according to many of the customer reviews, the restaurant is known for the good food and excellent wine cellar. There has been a restaurant here since 1780, when Chano Garcia, known as El Chato, established his place. It’s said that Spanish fighters took refuge here in the fight against the French in 1812, and that King Ferdinand VII used to come here to eat during his imprisonment in Cadiz in 1823. The food available includes clams with spinach and Brandy de Jerez, steamed oysters with seaweed and citrus vinaigrette, oxtail cooked in Rioja wine with potato chips, and grilled tuna with pear chutney.
More Info
Open In Google Maps
Avenida Vía Augusta Julia, Cádiz, Andalucía, 11011, Spain
+34956250025
Visit website

Diner, Restaurant, Spanish, Mediterranean, European, $$$
Aponiente,Cádiz | Courtesy of Aponiente
Aponiente is in the Santa Maria port, across the Bay of Cadiz, but it’s too good not to be included here. Chef Ángel León opened Aponiente in 2007. In 2010 the restaurant had its first Michelin Star, and in 2014 a second was awarded. It’s also one of the world’s 50 best restaurants according to Diner’s Club International, whilst Ángel León was named as the best chef in Spain by the Royal Academy of Gastronomy in 2014. He’s known for revolutionizing the cooking of seafood, using new ingredients and techniques and for his pioneering research and development. On the menu you’ll find dishes made from fish scraps and ingredients normally overlooked like herring and ling, as well as plankton and new creations like marine sausages.
More Info
Open In Google Maps
s/n Calle Francisco Cossi Ochoa, El Puerto de Santa María, Andalucía, 11500, Spain
+34956851870
Visit website

Bar, Tapas, Wine, Beer, Cocktails, $$$
Restaurante Balandro, Cádiz | Courtesy of Ventorrillo el Chato
Balandro is run by the Vélez brothers on the northern coast of Cadiz, close to the Museo de Cadiz and the picturesque Alameda Apodaca gardens, offering magnificent views out over the Bay of Cadiz. There’s a tapas bar as well as an à la carte menu to pick and choose from, with everything made from local ingredients including seafood sourced in the waters around Cadiz. On the à la carte menu are Galician-style starters like octopus with a mustard mayonnaise, smoked fish couscous with raisins and pine kernels, and a plate of Iberian cured meats. For entrées there’s sole fillets cooked in sherry, and chicken tenderloin stuffed with cured ham and goat’s cheese in a bacon and mushroom sauce.
More Info
Open In Google Maps
22 Alameda Apodaca, Cádiz, Andalucía, 11004, Spain
+34956220992
Visit website

Restaurant, Spanish, Fusion, $$$
Restaurante Arsenio Manila,Cádiz | Courtesy of Aponiente
Arsenio Manila is another Cadiz restaurant with plenty of five-star reviews from impressed patrons. The menu features lots of tapas, small snacks and plates to share. Set up in 2007, the restaurant can be found in south Cadiz on the beachfront looking out over the Atlantic, not far from the start of the causeway between the main city of Cadiz and San Fernando to the south. Amongst the dishes that you can sample at Arsenio Manila are cups of gazpacho, Caesar and Nahu salads, guacamole with chicken balls and wheat pancakes, plates of risotto with mushrooms and parmesan, and tomato soup served with langoustines and mint.
More Info
Open In Google Maps
12 Paseo Marítimo, Cádiz, Andalucía, 11010, Spain
+34956076744
Visit website

On Calle Barrié in the middle of historic Cadiz is Casa Lazo, highly-regarded for their traditional Andalusian cuisine and drinks. It’s serves up hot and cold tapas and meat plates of Iberian grilled pork and chicken medallions. You can also sample the local Maier beer, the first artisanal craft beer to be made in Cadiz and regarded as the best ale in southern Spain – you can also visit the Cerveza Maier brewery for a tour, it’s just a few streets away. The available tapas include octopus salad, salmon rolls, potato with Iberian ham, chicken medallions with Roquefort, and moussaka. 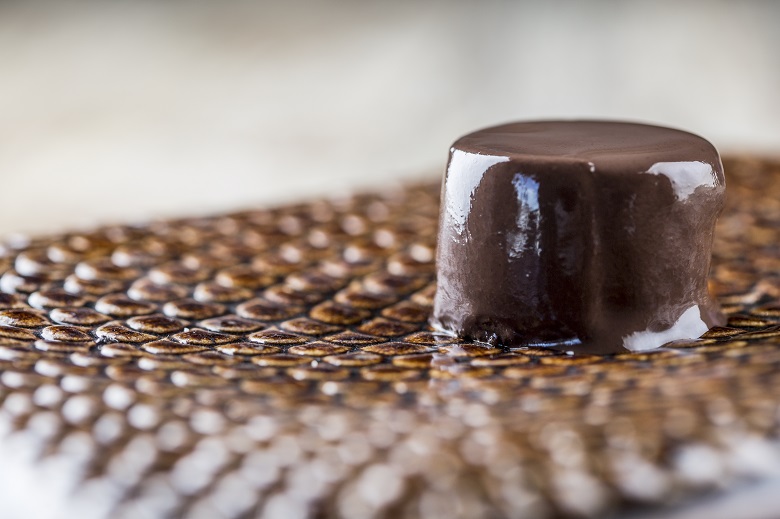 Bar, Restaurant, Spanish, Vegetarian, Vegan, $$$
The La Candela Tapas Bar gets a big recommendation from the Spanish Sabores website that’s dedicated to Spanish recipes, cuisine, and restaurant reviews. And it’s the second-best ranked place to eat in Cadiz on TripAdvisor. Some of the customers even rate the food at La Candela as better than what you’ll get at some places with Michelin Stars. Although located in historic old Cadiz, La Candela has a smart contemporary décor and an open kitchen where you can see your food being prepared. The available dishes include salmorejo, goat’s cheese salad, pork cheeks, ham with potato croquettes, langoustine salad, wagyu burger, and chicharrones de Cadiz.
More Info
Open In Google Maps
3 Calle Feduchy, Cádiz, Andalucía, 11001, Spain
+34956221822
Visit website

Restaurant, Spanish, Mediterranean, European, $$$
Restaurante Barrasie7e is another south Cadiz eatery that has a reputation for excellent cuisine and spectacular views out over the Atlantic. You’ll find the restaurant on the main promenade between Victoria Beach and Santa Maria del Mar, where it first opened its doors in 2009. The extensive menu offers up hot and cold tapas, meat plates, rice dishes, and fish of the day (freshly caught in the surrounding waters). Among the available tapas are shrimp salad with mayo, anchovies in vinegar with zucchini terrine, Iberian ham with Havarti cheese and truffles, and quinoa salad with sardines, smoked salmon and yoghurt. The meat plates include mini cheeseburgers, and smoked duck breast with autumn fruits.
Looks like it's closed Hours or services may be impacted due to Covid-19
More Info
Open In Google Maps
Paseo Marítimo, Cádiz, Andalucía, 11008, Spain