The Online Movement Changing the Lives of Black Women in Spain 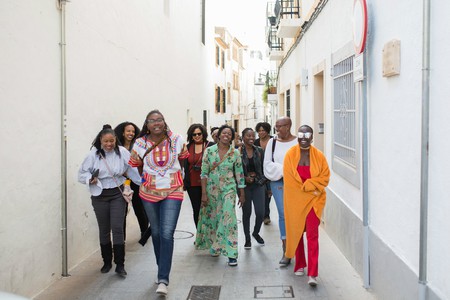 We chat to Sienna Brown and Danni Roseman from Las Morenas de España (Black Women of Spain) about travel, business and why representation matters.

What inspired you to start Las Morenas de España?

Sienna: It was actually created out of a sense of lack of representation. Back in 2014, I was Googling the Black experience in Spain, everything that I saw was negative. It was frustrating for me because I had had such a positive experience in the country and the only things being highlighted were isolated incidents. At first, LMDES was created to redefine the portrayal of life in Spain as a black woman but over the years it’s grown to be so much more than that.

Danni: Sienna started LMDES, and I joined her initially as a writer. I was inspired by the mission of LMDES especially since I had already been living in Spain for a couple of years, and knew just how much this space, this movement, could help women like me in Spain and beyond. Since then, we’ve grown in ways that I never would have imagined. LMDES is so much more than Spain, so much more than Sienna and Danni. It’s taken on its own identity that surpasses even our wildest dreams… with no sign of slowing down either! 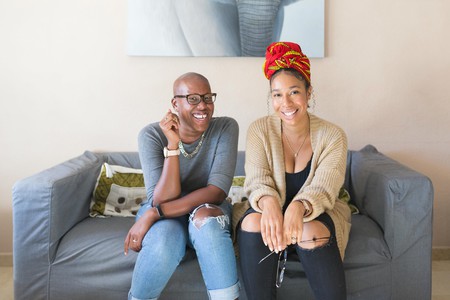 Tell us a bit about the platform – why do black women need their own online space in Spain?

Sienna: The great thing about LMDES is that what we do is so much more than just managing an online platform. We provide resources and knowledge that allows others to realize that they can create a meaningful life, no matter where they are in the world. Although the site first started off as only a blog, over the years we’re grown to take the online experience offline, through various events, conferences and even retreats.

Not only that but we’ve shifted from just sharing the stories and advice of people who have made the move and chosen to stay long-term to now, also teaching others how to do so and make the change in their lives!

Danni: In my opinion, black women, WOC, POC need much more than an online space, and if I could give them the world, I would, but until then we walk before we run, as they say.

LMDES is far from just an online platform. Here’s the thing, there’s a complex dichotomy that black women experience that vacillates between being hyper-visible or utterly invisible. By offering women a safe, comfortable space to simply be without expectations, judgment and critique, we give them a chance to bloom as they see fit. It’s a diverse community comprised of dynamic creatives, travelers, storytellers, business women and dreamers. 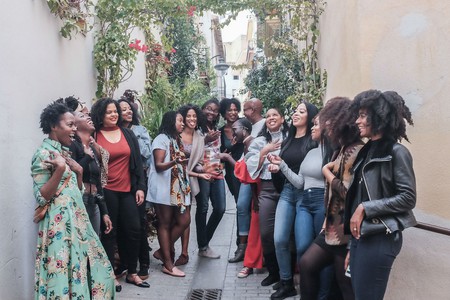 What are the unique challenges faced by black women in Spain – is your aim to break down certain stereotypes/misconceptions?

Sienna: Absolutely! That is exactly what we strive to do; continuously education and break down various misconceptions… both about black women as well as about what life is like as a black woman living abroad. I think that many black women who have never been to Spain hear isolated stories or challenges without any context behind it and they and feel a sense of skepticism when it comes to experiencing the country for themselves. We continuously aim to share stories and challenges but always with constructive feedback on how to deal with it and why it might actually be happening.

In regards to breaking down stereotypes for Spaniards, I think it’s so important to be able to share and connect with Spaniards because it’s vital to break the stereotypes of how they view people of color who are living in Spain. Spain is such a homogeneous community and immigration is so new, really beginning in the 1990s and so it’s always an educational opportunity to defy whatever perception that they might have of black people and open up the conversation on how diverse the black experience can truly be; both in Spain and around the world.

Danni: This question has layers. On the one hand, you have black women who are born and raised in Spain who are treated as if they’re outsiders. They’re complimented on their ‘great level of Spanish (or Catalán)’ even though it’s their native tongue. They feel as if they need to justify their presence here as ‘legitimate’ Spanish people. I feel for those women because I know what it’s like to be seen as ‘other’ in the place you were born.

On the other hand, you have fellow WOC immigrants, transplants and travelers like myself who also face different challenges. Our skin, features and hair are markers that people see before we even open our mouths, you know? And that’s one unsought hurdle already. Then, some face a language barrier, or cultural clashes. Assumptions are made about who we are, or where we come from based on TV shows like The Wire, or MTV. There’s a lot of misinformation. Does it stem from a place of hate? I don’t believe so. I believe it’s a lack of understanding, contact, and lived experience.

How does one rectify the problem then? By being here. By being seen, and heard. Do I leave my house thinking about how I want to change Spanish people’s minds about WOC? Absolutely not. That’s not my burden to carry. I will live, and interact, and be my best self for me, and in turn be my best self for everyone I come into contact with.

What are your tips for women thinking about moving to Spain?

Sienna: Something I always say to those looking to move abroad, not just to Spain but anywhere really is to be patient with the process. I think that a lot of people want to move abroad with the same career that they had in their home country and expect for the transition period to be a breeze. While that may be true in some cases, it’s important to remember that living abroad especially if you’re looking to stay long-term is a process that takes time and effort.

Remember what reasons you’ve chosen to move abroad. Is it for the lifestyle? The people? The sense of ease? And then it’s important to remember that you might need to sacrifice a few things as well. So yes… you might not be as close to family or have as large of an income as you once did but are you happy with the life that you’re living? That’s the most important thing to ask yourself.

Danni: I’d say first to trust the process. Whenever you make a drastic change like uprooting your life and starting over in a new country there are bound to be hiccups. Be present in those moments most of all because, hey, you never know, you may turn around and have to share your lessons learned with other women in your same predicament!

I’d also say that it’s okay to let some of our guards down. I come from a racially-charged country with tons, literally tons, of baggage. When I moved here, I analyzed every glance, ever hola and every stare. It doesn’t have to be like that. Yes, people will stare. Yes, questions will be asked. And yes, some things will get lost in translation. That doesn’t mean that you’re hated, or unwanted. It doesn’t mean you need to always push back. Flow with it.

What are the best things about living and working in Spain?

Sienna: For me, there is so much that I love about living and working in this country. To be completely honest, I will continuously advocate that moving here has been the best decision that I could have ever made.

There is an insane quality of life here that you can’t find in many other places. People value human connection and the importance of slowing down and being present. Not only that, but with the cost of living in Spain, it opens up so many opportunities to ‘live well’ that would have never been afforded to me in the states. Living in Spain creates this different type of mentality. In the US, we’re so used to ‘the struggle’ and so living in a place where that isn’t the norm, it’s such a liberating feeling.

Danni: I enjoy living in Spain, well, Madrid more than anything. For me, it’s having peace of mind. Now that I feel safe in my person and all of my basic needs are met (friendly & handsome police officers, universal healthcare, employment, access to fresh food and vegetables, etc.) I have the time and energy to pursue passions and hobbies like travel, learning languages, and creative ventures. It’s a beautiful thing. I had an honest conversation with myself and asked what it was that really mattered most to me in life, and lucky for me, Spain ticked all the boxes! If it isn’t Spain for you, don’t be afraid to search until you find your Spain!

Sienna: Absolutely! Our events and getaways are vital to the brand because it gives us a chance to have real human connection with our readers and the community. It takes the relationships that people create online and bring them together in real life to create meaningful connections; learning and growing together.

We’ve really expanded over the years. Starting off with smaller events like brunches and dinners, we realized the potential and impact that the events had so we expanded. Last year, we hosted our first professional conference, bringing in over 120 people from all over the world (US, UK, France, Israel, Spain, etc…) to learn about growing professionally, no matter where you live in the world.

This year, we launched LMDES Getaways which was a total success. 16 women traveled from all over the world to spend a week together in Javea, connecting, learning about life abroad and just truly finding their tribe. It’s an amazing way to take those moments that before we were offering for an afternoon or evening and expanding it to create a deeper bond over a longer period of time. 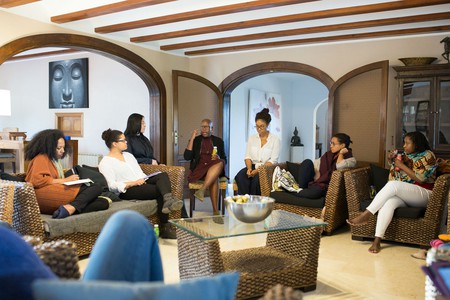