The Most Unique Experiences You Can Have Only in Granada 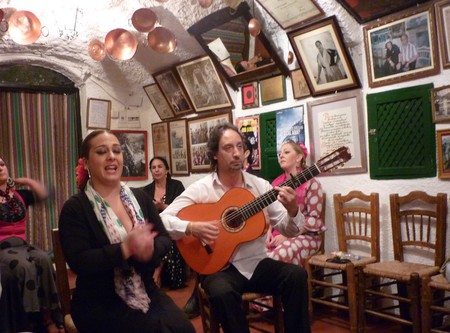 Granada has an enchanting, bohemian atmosphere all of its own in southern Spain. It offers visitors many experiences that are not to be had elsewhere in Andalusia – from encountering a very particular type of grumpiness in its locals, to admiring the Alhambra fortress from the beautiful old Arabic quarter of Albaicín.

The Moorish Legacy and the Alhambra

Nowadays, Granada is a predominantly Catholic town, as will be obvious to anyone who visits during the week-long Easter celebrations. But for 800 years, between the 8th and late 15th centuries, it was under Muslim rule. Finally conquered by the proselytising Catholic monarchs Ferdinand and Isabella in 1492, it was the last Arabic stronghold of southern Spain, and important relics from its great Moorish epoch still survive. The greatest of these is the mighty Alhambra fortress, which sits atop the steep, lush Darro valley against a dramatic backdrop provided by the peaks of the Sierra Nevada. Originally dating from the ninth century, the fort and walls were extensively rebuilt in the 1200s by the Moorish ruler of what was then the Emirate of Granada, Mohammed ben Al-Ahmar. The plain, pink brickwork of the Alhambra (its name in Arabic means ‘the Pink One’) shields interiors of intricate delicacy and tranquil open-air courtyards. 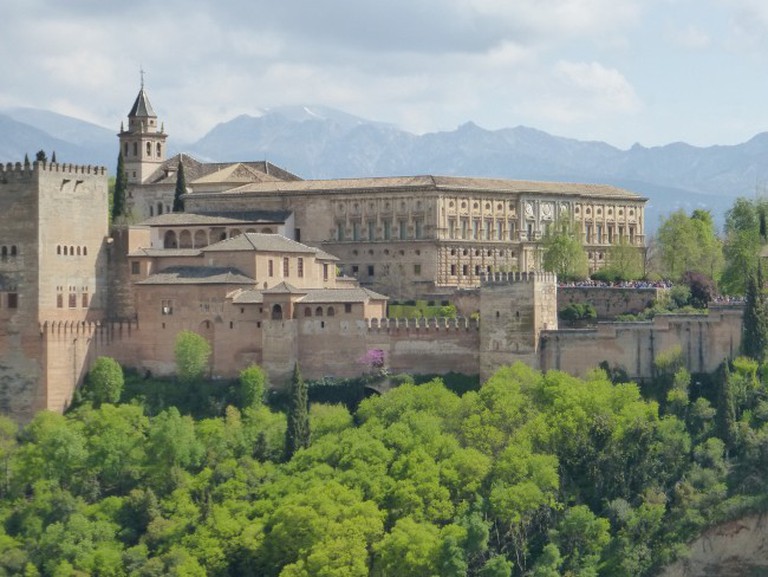 Granadinos, as the locals are called, are known throughout Andalucia as being liable to a certain sort of melancholy or bad mood called the mala folla. The sense of this phrase is virtually impossible to convey in English, yet merely knowing of its existence will make some encounters with Granadinos more intelligible. The writer Laurie Lee says in A Rose For Winter, his exquisite book on Andalusia, that the mala folla is owed to the fact that ‘[Granadinos] remain to inhabit an atmosphere which fills them with a kind of sad astonishment, a mixture of jealousy and pride.’ If you do experience this grumpiness, chances are it will just be for a fleeting moment: Granadinos’ moods are like summer storms, and pass as quickly as they begin.

There are many neighbourhoods in Andalusia where time seems to have stood still, but none are as enchanting as Sacromonte, the original Gypsy quarter of Granada. High up on the hillside above Albaicín, many locals still live in dappled white caves carved out of the rock, in which impromptu flamenco gatherings are held long into the night. There are also dwellings entirely improvised from scrap metal, wood and cloth, in which a rusty bucket protected from view by a ragged old rug often passes for a bathroom – a sight which you will not see in any other major southern Spanish city. 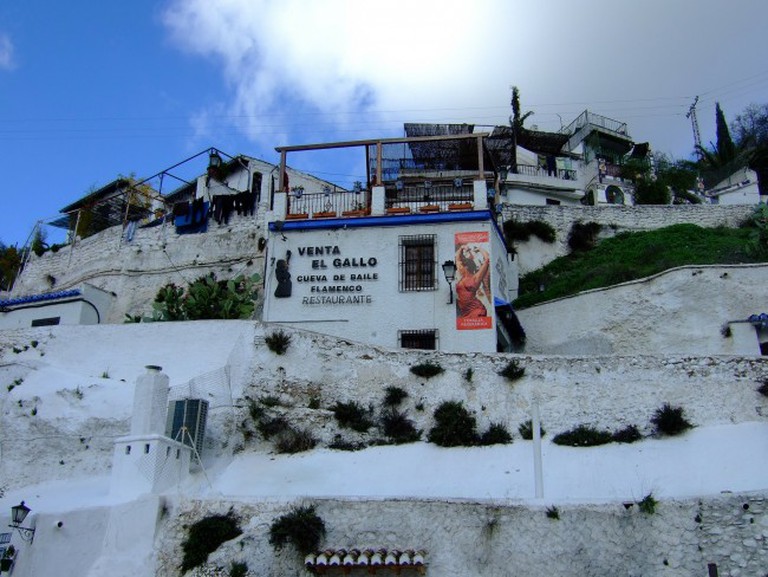 Flamenco is part of everyday life in Sacromonte – a mode of being as well as a complex and demanding art form. To experience the music itself in a unique setting, head to one of the little bars or theatres housed in the caves carved into the hillside, which offer nightly shows. These caves rarely seat more than about 30 people, crammed around a central patch of floor on which you are likely to see the rawest, most passionate flamenco available in the city. Granadinos are proud of their flamenco heritage and are fond of disparaging other famous cities’ claim to a similar pedigree, in particular that of the Andalusian capital of Seville.

Ask any local which neighbourhood you should head to upon arriving in Granada and they’ll almost certainly direct you up the hill to the city’s old Arabic quarter: the scruffy, beautiful and unique Albaicín. This squashed-together network of winding cobbled streets, whitewashed old houses and jasmine-scented squares perches on the hillside on the other side of the Darro river from the Alhambra. One of the pleasures of wandering this barrio is glimpsing views of the great Arabic fort and the Sierra Nevada in between the tightly packed houses and from its many beautiful plazas. The panoramic perspective from its most popular square, the Mirador San Nicolás, is one of the best in the city. 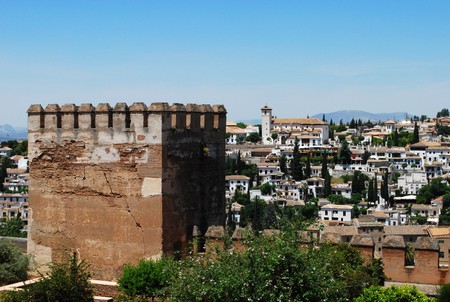 When stopping for your first beer of glass of wine in Granada, you might notice something odd. A plate of one of the local culinary specialities will arrive with your drink, unbidden and, as will become obvious when you receive the bill, completely free. Granada’s tapas scene is legendary throughout Spain, and is part of the reason why the city is so popular for Spanish hen and stag dos, during which the all-day partying is kept more or less in order by a steady stream of free snacks. Whether it’s a sizzling little terracotta pot of spicy prawns, a delicious, meaty stew served with hunks of rustic bread, crispy fried fish or paella, all tapas dishes in Granada are complementary with soft drinks, beers and wine. In some bars, in fact, the portions are almost the same size as a proper main course, meaning that in Granada there is such a thing as a free lunch. And a free dinner too, for that matter.