The Most Spectacular Climbs To Cycle in Spain 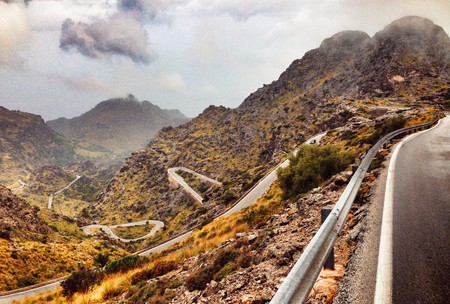 Home to the Vuelta a España, the last grand tour of the year, Spain boasts climbs that should be on every cyclist’s bucket list. Whether you want to attempt Europe’s highest cycling challenge or take a more sedate ride on some of the continent’s most beautiful peaks, Spain is where to head.

Considered the best climb in Mallorca, this short ascent may not hit huge heights but includes 26 hairpin bends that snake up to its peak before an incredible descent down the other side. The start of the climb is relatively gentle, only picking up after the first couple of kilometres, but further up it exceeds an incline of 10 percent. Its remote location means it’s unlikely you’ll start early in the morning, so pack plenty of water because shade is at an absolute premium. 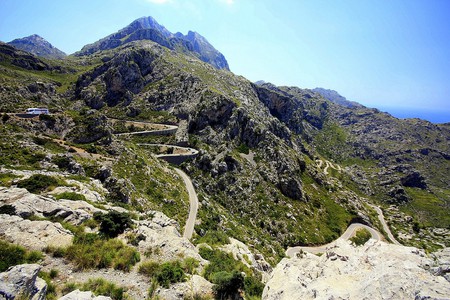 La Creueta might not be the most challenging climb in Catalonia, but it reaches dizzying heights and has some of the most stunning views of the surrounding terrain. The road is in immaculate condition and there is virtually no traffic – that, in addition to the fact that the climb’s gradient is consistent and steady, make it a great option for less experienced riders.

Starting in Eibar, this mid-level category two climb is a popular summit finish at the Vuelta because of its double-digit gradient almost the entire way. While other climbs on this list are prettier, Arrate’s history lends it real gravitas. Because of its frequent inclusion in the Vuelta, Arrate has become the most iconic climb in the Basque Country – Miguel Indurain, Alberto Contador and Ivan Basso have all tasted victory at its summit.

The Vuelta’s most famous and recognised climb, Lagos de Covadonga is nothing short of spectacular. It’s a cyclist’s dream: steep enough to provide a test, but not so much that it destroys people; long enough for tactics to play out with other riders, but not so long that all the action happens at the end. The change in gradients also keeps riders on their toes until the top, where those who make it are greeted with two large lakes that are the picks of the Picos de Europa National Park. 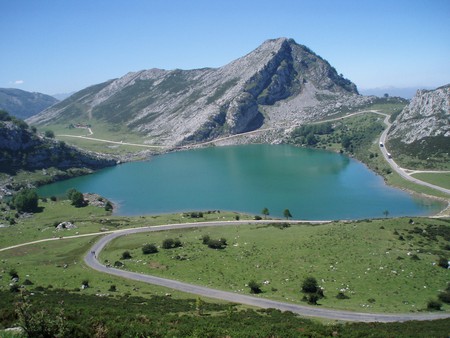 There isn’t a single climb in Europe that can match Pico de Veleta when it comes to pure height. If starting in Granada, it has an astonishing 2,700m (8,858ft) elevation gain to its peak and reaches 3,398m (11,148ft) at its tallest point. Certain sections are steeper than 20 percent and while it can be scorching at the base, it can can also get very cold near the top.

There are few tougher challenges on a bike; even three-time Vuelta winner Contador called it the hardest climb in professional cycling that he’s experienced. Situated on Spain’s northern coast and near the city of Oviedo, the Angliru climb is a long road that splits the vivid green of the surrounding land. The 12.5km (7.77mi) track has an average gradient of 10 percent, although one particular section reaches a brutal 23.5 percent.

The road from Puerto de la Cruz to El Teide is nearly 50km (31mi) of pure climbing, with little respite. Situated in Tenerife, and a popular choice for professionals doing altitude training, it has the highest peak in the country (although you can’t quite ride to the top). Because of Tenerife’s warm climate, the road is open all year round so a popular option for winter riding.