The Most Historic and Beautiful Andalusian Village You’ve Never Visited 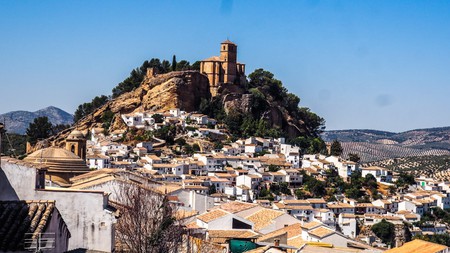 In 2015, National Geographic’s Spanish website published a list of the 10 villages with the best views in the world. The list focuses on sites in southern Europe, two of which are in Spain, and one of which is surrounded by miles of olive fields in the Andalusian countryside with a view that makes it easy to see why it made the list.

Montefrío, on the surface, is just like any other Andalusian village. The main source of employment for its 6,500 residents is olive farming and the houses are white with sand-coloured roofs. But Montefrío’s unique history sets it apart from other Spanish cities and proves that it’s more than just a pretty face. 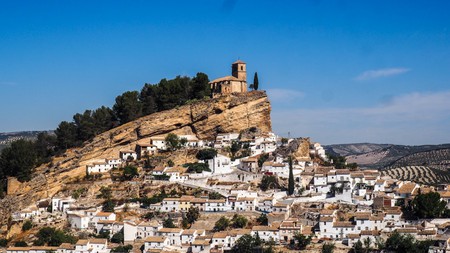 The modestly sized village boasts two remarkable churches. The first, Iglesia de la Villa, sits on the imposing hill to the west of Montefrío. This church was built on the site of what was once a Nasrid Castle that aided in the protection of Granada’s Muslim kingdom from the Christian invasion in the Moorish wars during the 15th century. Today, the church is home to a small museum which informs visitors about the church and the local area’s history; it can be accessed for a fee of €2 (£1.75 GBP).

The second church, Iglesia de la Encarnación, is equally special. It was completed after the Christians regained authority in southern Spain at the beginning of the 1800s. The architect, Domingo Lois de Monteagudo, modelled the church after the Pantheon in Rome and as such, it is the only round church in Spain. 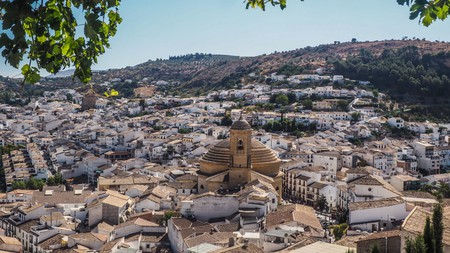 With the addition of a National Geographic frame that marks the exact location of the village view, as well as the fascinating history, more and more Spanish tourists are opting to take a detour to Montefrío while driving through the area. There are plenty of restaurants and cafés that serve the town’s small number of tourists, including the popular Restaurante Bar La Fonda. To the left of the restaurant, you’ll find a friendly tourist shop selling local pottery, food, wine and Montefrío-branded gifts.

Opposite the Iglesia de la Encarnación is a Tourist Information Office where you can pick up maps and ask for advice. Keep in mind that conversational Spanish will help you immensely as the village does not receive many foreign visitors and therefore many of the hospitality workers, including those in the Tourist Information Office, don’t speak English as proficiently as travellers might expect in more urban areas of Spain.

Despite the great press Montefrío received from the National Geographic article and its existing attractions, the village is still relatively unknown to the rest of the world and only tourism from other parts of Spain has increased since 2015. Montefrío is 57 kilometres (35 miles) from the nearest city, Granada, and can only be reached by car on rough country roads. It is also quite a detour for tourists who are travelling from Granada to any other city besides Córdoba. 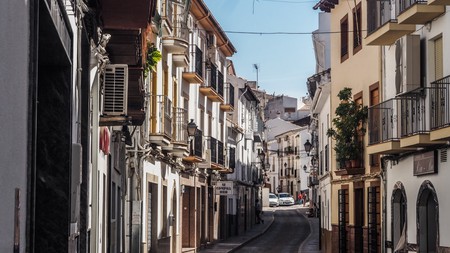 Much like the rest of Spain (except for Barcelona and Madrid), Montefrío slows down in the afternoon for a siesta. The churches, shops and most restaurants all close at 1 or 2 pm and do not open again until 5 pm. Forget doing any tourism on Sundays as everything will be closed all day.

Finding accommodation in Montefrío can be tough. The nearest hotel, Hotel Rural La Enrea, is just outside of town and most holiday homes are a 15 or 30-minute drive down the bumpy roads. Though the charming village does not make it easy for tourists to visit, it will reward the few that do.

In an increasingly small world, thanks to the power of social media, it can seem as though all the hidden gems have been found and that ‘off-the-beaten-path’ doesn’t mean much anymore. For tourists who are willing to travel further for less-discovered but beautiful locations in Andalusia, there are few better choices than Montefrío.