The Most Beautiful Streets and Squares in Salamanca 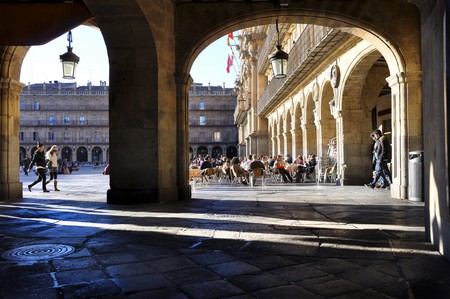 Salamanca is a stunningly beautiful city, and it’s no surprise that the entire historic centre is a UNESCO heritage site. Wandering its cobbled streets and discovering the incredible architecture and arty cafés is a delight at any time of year. Here’s our guide to the most beautiful streets and squares in town.

Famous as being one of the most beautiful squares in Spain, Salamanca’s main city square is a lively meeting point for locals and visitors, lined with literary cafés beneath Baroque arches and balustrades. Each archway holds a medallion featuring the name of a famous face who has lived in or passed through Salamanca, including artists, poets, politicians, and even the dictator Franco. The Baroque-style Town Hall sits on the north side of the square – at sunrise and sunset, this is one of the best places to see the sandstone buildings appear to glow in the light, a phenomenon that gives Salamanca the nickname of the ‘Golden City’. 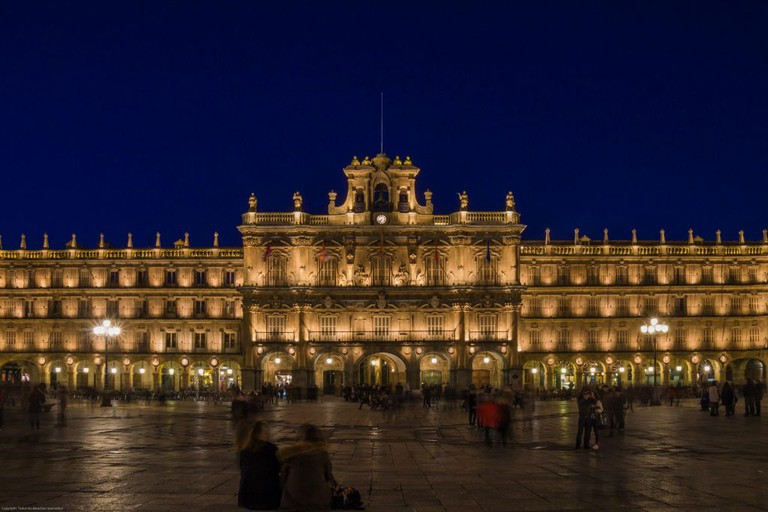 One of the most beautiful walks through the city is that from Plaza Mayor to Plaza de Anaya, past the university buildings, the two cathedrals and churches, arriving at the grand Anaya Palace. At the palace’s namesake square below you’ll find the artistic heart of Salamanca, with bohemian types juggling, playing the guitar or chatting in the shade of the quiet gardens.

Tucked away behind the busy Plaza Mayor, this small but atmospheric plaza is lined with pretty buildings and archways. It makes the perfect place to go for a quieter cup of coffee away from the hustle and bustle of the main square.

This is the busy main street leading from Plaza del Corillo up towards the university. It’s lined with student cafés and bookstores, and towards the university end you’ll find the incredible façade of the Casa de las Conchas, or house of shells, one of Salamanca’s most impressive buildings. 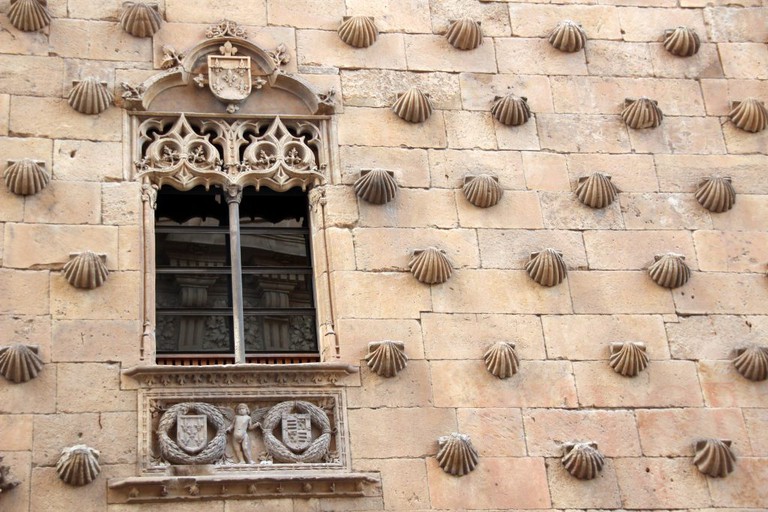 The façade of the Casa de las Conchas, Salamanca, Spain I © M a n u e l/Flickr

This long, narrow lane leads up towards the grand dome of the Faculty of Philosophy, passing various grand university buildings and the Casa Museo Unamuno, one of Salamanca’s must-see museums, as you walk. A couple of tiny antique bookstores and a chocolateria add to the charm.

At the end of Calle Libreros you’ll find another tiny square that packs in medieval charm by the bucketload, and is guaranteed to transport you back a few centuries in time. Its pretty medieval shophouses are overlooked by the stunningly beautiful Aulario San Isidro University building and the Faculty of Philosophy. 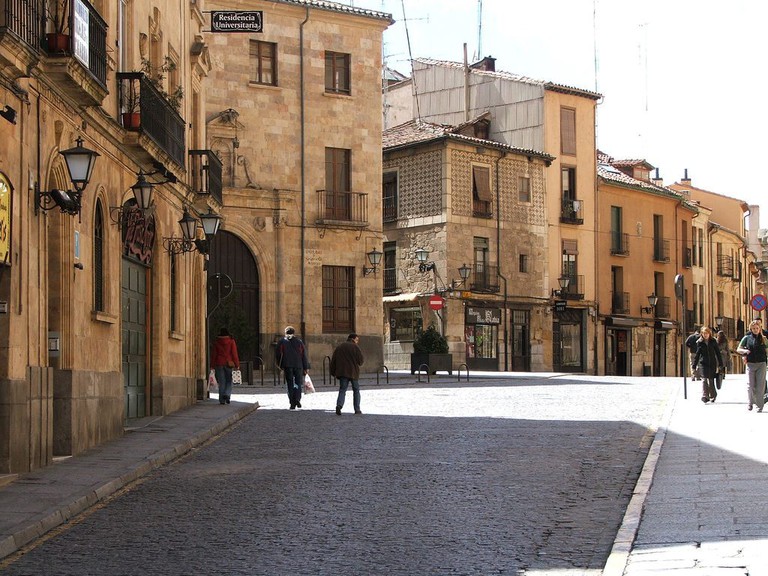